Shokugeki no Souma dishes up a few surprises as the focus of the elections shifts to Group A. But the most delicious surprise of all would be a sequel announcement at the end of the next episode - that would be the perfect dessert to cap a great meal. 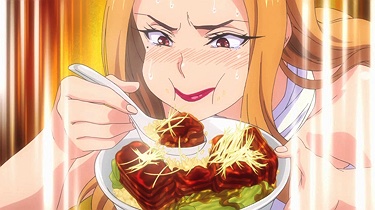 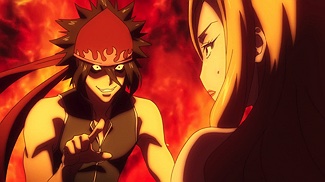 There were definitely more surprises in Group A than Group B, mainly centered around the fact that the Polaris also-rans might actually be a factor this time around - unlike the girls of Group B, Marui and Shun actually matter when it comes to the final results in the group. In fact it's pretty much a given that the two of them will tie for fourth and have to face each other in a sudden-death playoff, but we'll get to that in a minute. 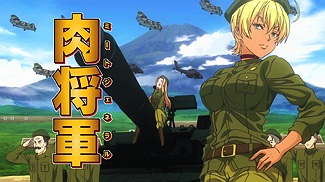 There was nothing as avant-garde as Alice's molecular masterpiece this week - in fact I'd say that Group A was generally more traditional in its approach than Group B. The real competition - and that means Sendawara Natsume giving an actual score as much as anything - starts with Ryuu. He offers up a visually spectacular lobster curry with saffron rice, gilding the lily by adding Napoleon cognac (Courvoisier) to impart its deep woody, earthy notes. 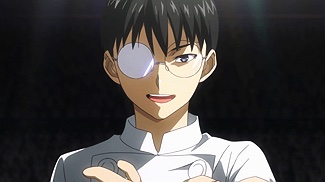 While this dish was beautiful and scored 93 points (including 19 from Miss Tight-ass) I wasn't wowed as I've never been overly fond of lobster - and there's not enough pricey brandy in the world to make the idea of slurping tomalley (kind of a frothy-green pancreatic goo) out of a lobster skeleton enticing. Much more to my taste is Nikumi's Dongpo Pork bowl. Yeah, I love the fact that she was loyal to the Donburi Club (and Souma) but that kind of honest, intensely savory cuisine is much more my speed. It earns Meat-o the name "Meat General", but only 86 points. 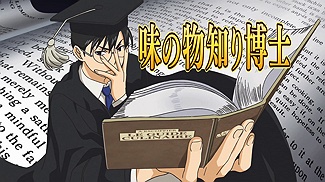 That's the same tally as Ryouko, the Polaris second-stringer who isn't a factor in the final standings despite a respectable score. She almost manages to make Natto look edible - though not quite - which is a small miracle in itself. But the boys of the dorm fare better, with both Marui and Shun showing surprising fire and creativity. The former comes in with a snow-white curry udon that's a festival of creaminess, and the latter a smoked curry that soars on the wings of fragrance, smoke and salt. 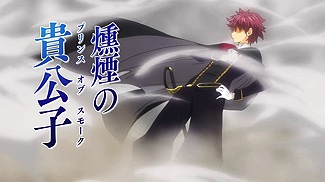 Both the lads get 88 points, which is good for a second-place tie - but given that the final two competitors are Hayama and Souma, it would be a monumental surprise if it ends up being better than a tie for fourth. The showdown between these two has simply been built up too much for either to drop the ball here. 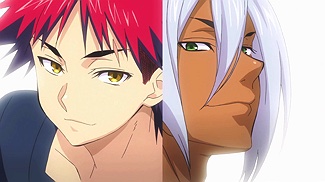 Of Souma's dish we know precious little, but there's a bit more to go on with Hayama. We know fish heads are involved, and ramekins with a crust of baked naan on top - the naan acting as a device to trap the aromas of the dish inside until it's broken by the diner. Given Hayama's buildup as the elite olfactory genius of Tootsuki, it's a given he's going to deliver a dish of incomparable aromas - I'm sure he'll score well into the 90's, and almost sure he'll top Ryuu in the process. And then we'll find out just what Souma has up his sleeve (which is a trick, as he's not wearing any) to send this season of Food Wars out on a high note.