This is still Diamond no Ace, but Sawamura-kun is definitely not the pitcher you remember―welcome to Baka-Eijun 2.0! Is that pride I see in Chris-senpai's gaze? 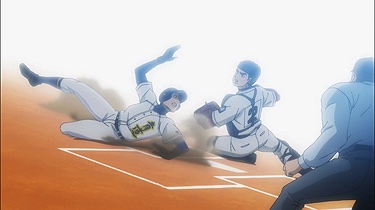 This is not the first time in Diamond no Ace that I've wanted to shout "Stop bunting, you idiot!" at Kataoka. And if the series continues in anime form (as I strongly suspect it will at some point) I very much doubt it will be the last. The guy is such a predictable slave to everything orthodox about Japanese high school baseball that it drives me crazy. I hate giving away outs, especially down by two runs - and bunting with the #7 hitter with your pitcher who couldn't hit a barn door with a banjo in-the-hole? That's just stupid. 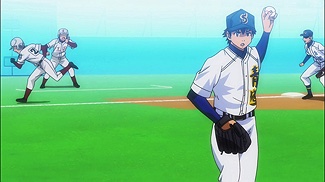 There's plenty of other very interesting stuff going on in this episode of Daiya no A, though. Once again we see the fascinating dynamic this series has set up by making the elite power school the protagonists, when the conventional manga route would be to make Seidou the bad guys in a matchup like this one. Ouya are in truth the gutsy underdogs trying to win against long odds, but they don't come off as especially admirable or likeable - just contemptuous. 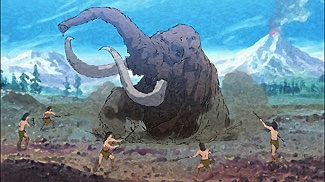 Contemptuous or not, one can't begrudge them doing everything within their power (and the rules) to try and steal the win. In the first inning that means building on the chance they created in last week's episode with some baserunning trickeration and mind games - their cleanup takes a huge "one-way" lead at first, and the runner at third breaks for the plate when Eijun starts to throw over. When Kenamaru shouts out, Eijun stops his motion and turns to third - which is of course a balk. Though Eijun has absolutely no idea what's just happened. 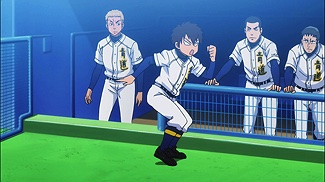 It was a very rough first inning for Kanemaru - not only did his error set up the inning, but he helped Ouya by calling out to Eijun. And Ouya adds another run on a bloop single to boot. But this allows Eijun to show us just how much he's grown, and that's easily the most gratifying thing in the episode. Ouya and Go-chan (and their coach) have assumed the first-year would melt down, but Eijun settles in big-time. He's basically unhittable after the first (actually they didn't hit any hard balls on him there, either) and holds Ouya to their 2-0 lead. 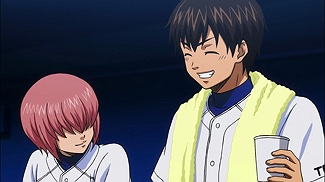 That thing Haruichi said about it being fun to play defense for a pitcher like Eijun? Yeah, that's a thing. Fielders (I was a second baseman myself) love to play behind guys that work fast, pitch to contact and talk to the defense. And while Eijun is unable to use his "slow" change-up, the fast one - the one that's a tweak of his old moving fastball - is working a treat (not even moving up in the box helps). This is not your father's Sawamura-kun - this one is pretty resilient, and that's throwing a wrench into Ouya's master plan. 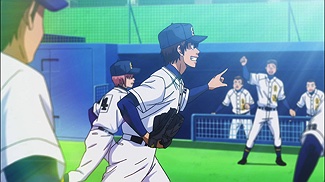 Still - down 2-0, Seidou still has to score to win. And Go-chan is a pretty crafty and capable pitcher. He even unveils a sidearm delivery on a key pitch to get Miyuki out in a critical situation. Despite Kataoka's best efforts to give away outs, though, Seidou does manage to produce a run in the top of the 5th with the bottom of the order (why Ouya didn't just issue an intentional walk to get to Eijun I have no idea). 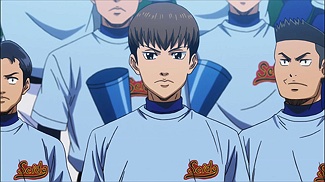 As Go-chan says, Seidou still has cards to play. One of them might be Furuya as a pinch-hitter, seems to me. Two runs won't likely win this game for them anyway, but there's another wrinkle here - something superscout Nabe has picked up in the video, and confirmed from the stands. It involves the Ouya second baseman moving before the pitch, and I suspect the gist of it is that Go-chan is tipping his pitches as a result. That's a disaster if it's the case, and it spells real trouble for the plucky - if obnoxious - public schoolers trying to pull off the upset.