In our second round of "Is it love or sexual harassment," we take a look at some consensual, healthy romances between men in anime. 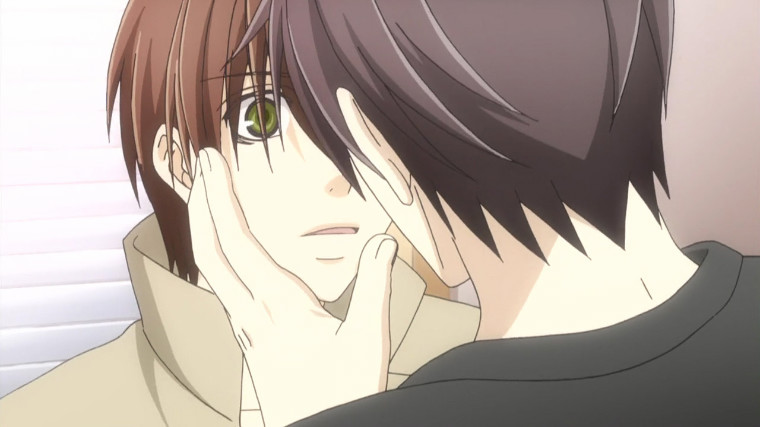 This article is what you've been waiting for your whole life. You just don't know it yet. It will force itself onto you until you like it, stick its words in places you never expected. You might not enjoy it at first, but trust us. You'll come around.

Creepy, right? Wait, don't go. We're just making a point here. Getting forced into a kiss is definitely not a positive experience. Yet for some reason the idea of the "reluctant recipient" has become entrenched in anime romance. We generally understand that when a girl is the recipient of unwanted physical attention, it's not romantic (and is usually met with a firm smack or a roundhouse kick, depending on which girl you mess with). But when it comes to yaoi, or boy-on-boy action, lack of consent isn't just a trope -- it's a main attraction. Watching a boy teach another boy how to enjoy his physical attention is, for many people, hot.

Whether you enjoy non-consent in boy love anime is not an issue here; the issue is that you might mistake this kind of relationship as being healthy. We've previously discussed the folly of mistaking sexual assault for romance (easily confused, we know). In this article, we'd like to take a more positive look at boy love anime, where the "romantic sexual harassment" trope is nearly ubiquitous. Instead of pointing out the many dysfunctional homosexual relationships in anime, let's do the opposite.

Disclaimer: We try to avoid outright spoilers, but we do mention some plot points. To sidestep spoilers, we've omitted some names in an effort to remain vague. Still, you've been warned. 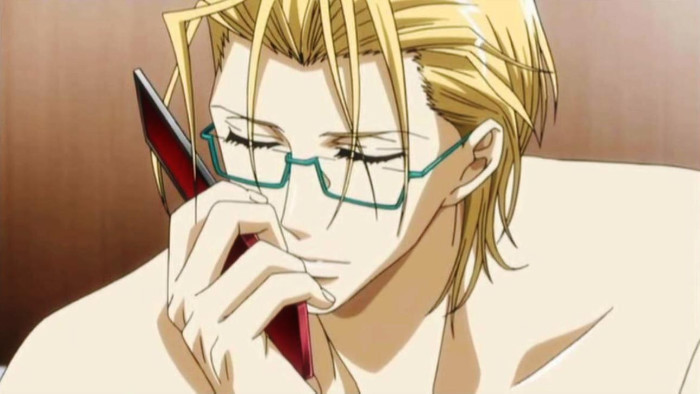 This short and sweet 2-episode OVA revolves around mutual attraction, and two boys trying to understand and express the way the other makes them feel. This is a relatively tame yaoi that borders on hentai, but it expresses attraction, lust, and love in a fairly healthy manner. Although the two protagonists settle into the roles or instigator and recipient, every act between them is consensual. In fact, the sexual harassment of one of the men here is given the gravity it deserves, and is shown to affect everyone involved in a realistic way. As an anime, this is no masterpiece, but its portrayal of male on male relationships is more positive than most. 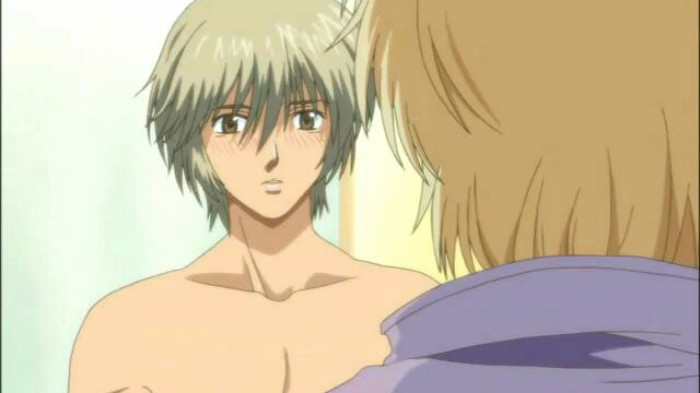 As the name implies, the two stories contained in this anime are, well, sensitive. Both stories are visually explicit, and the first half in particular is about two men finding love in each other. The second story alludes to a dysfunctional master/slave relationship, but it allows the slave to escape from the abusive environment and start again with someone who will actually care for him. The first story depicts an entirely consensual relationship, though the second is less so -- a slave doing what he is told to an unsuspecting stranger. If you're looking for a pure relationship, skip the second story. 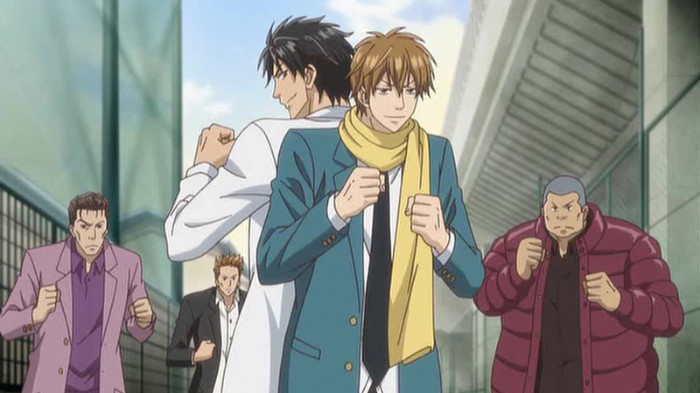 Tight-rope is a yaoi with an action flavor. It plays out more like a bro-mance than a romance, and emphasizes the friendship of the two men. We're including this on the list even though one of the characters constantly tries his luck with the other -- things don't go beyond playfulness unless the recipient is willing. Is this entirely healthy? It's up in the air. Forcing your affection onto someone who isn't into it is harassment and the character clearly has little regard for his friend's personal boundaries. But in this relationship things seem mutual and things only become serious when the recipient instigates it. We'll leave it up to you to form your own opinions. 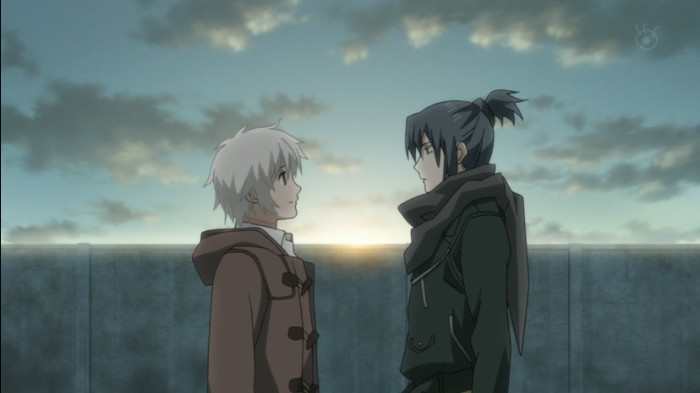 Here we depart from the strictly-eye-candy category of yaoi and dive headfirst into a sci-fi anime that seamlessly integrates a romance between two boys. Instead of merely hinting at the attraction and allowing fans to ship to their own desires, the series cemented the relationship by making it official. And although the relationship is a critical aspect of the anime, it also holds its own without it. It's shounen-ai at its best. 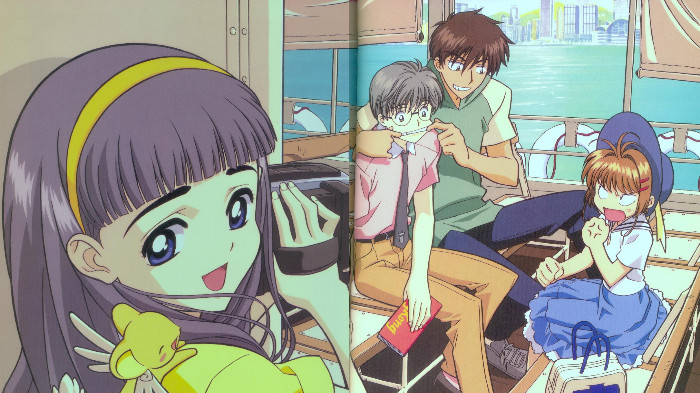 Cardcaptor Sakura manages to throw in both yuri and yaoi, in different degrees. The couple in question here, Yukito and Touya, have a protective and mutual relationship. The nature of their relationship is mostly alluded to but it's canon and honestly it's pretty clear. There's nothing untoward about it, and in fact the series portrays their interactions pretty realistically.

Postscript: The homo-eroticism of sports anime 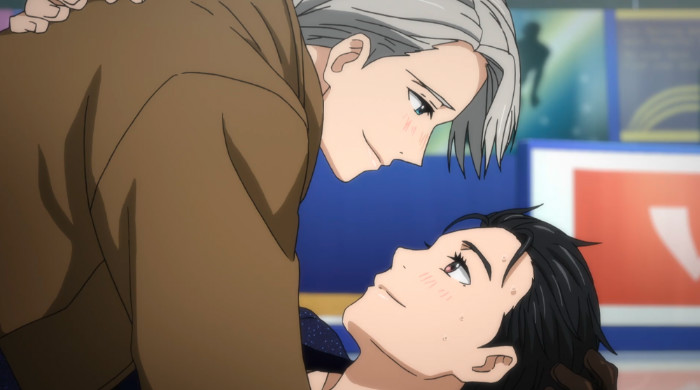 Screenshot from Yuri on Ice.

And then, of course, we come to sports.

Sports anime are more subtle in their portrayal of relationships. They're not outright yaoi or feature explicit male-male relationships, but they do have moments where their relationship extends beyond platonic. Anime like Free!, Prince of Tennis, and Ookiku Furitabutte are about relationships and friendships and often nails the healthy male on male relationship. Once in a while, sports anime step over the threshold and freely proclaim that the gay relationship is real and not merely hinted at, like in Yuri on Ice.

Of course there's plenty of stereotyping to be found here as well ("boys will be boys" and "this is what happens when you put a bunch of hormonal boys in close proximity," and so on…). But if you're looking for something less explicit and don't mind the anime never progressing beyond some handholding, these anime might be right up your alley.

The length of this list should give you an idea of how common consent is in male on male relationships. We're sure we missed a few (and please do share more on Facebook or on the author's profile), but the fact remains: whether it's what the majority of the audience really wants, or it's just how things have always been done, non-consent in yaoi is a pretty staple element. For a medium that's not afraid to portray queer characters, anime seems to be lagging behind in the positive portrayal of homosexual couples.