"Romantic" Anime That Are Really About Sexual Harassment 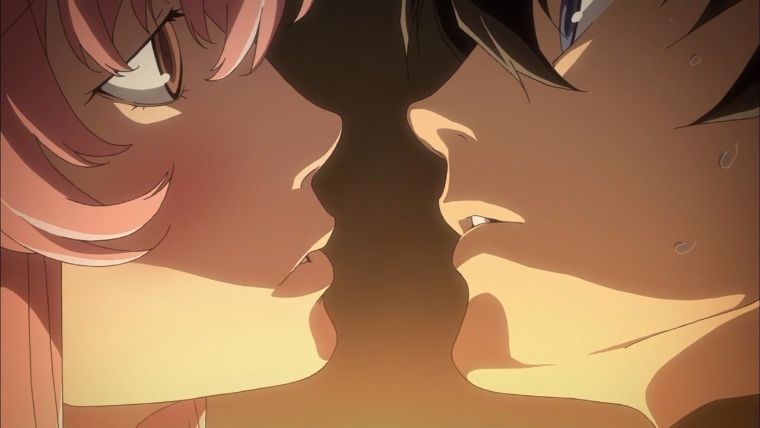 Boy reluctantly falls in love with his abusive stalker: the romance of Mirai Nikki. At least this one's aware it's dysfunctional..

Stockholm Syndrome is the name given to the phenomenon of falling in love with your captor or abuser. What does this have to do with romance anime? Sadly, a lot. Characters in certain romance and ecchi anime are sexually harassed, abused, and mistreated… all under the guise of being "romantic."

Of course, some of the appeal of these series (especially the ecchi ones) is the very fact that there's a clear hierarchy of sexual power. Scenes of power play can be hot, we know.

But some anime take the idea to an extreme, and still elicit the sighs of love-stricken viewers. How many times does a character discover they enjoy something after it is forced onto them? How many times does a character fall in love for someone who repeatedly acts inappropriately towards them? That's not romance; it's sexual harassment. And these characters are not in love: they're experiencing Stockholm Syndrome.

Before you call the Social Justice Police on us, please note that we think the ability of anime to explore literally any topic, no matter how taboo, is fantastic. And sure, many of these anime play on fantasies and fetishes, and that's fine too. Some anime are made with that in mind, and we're not hating on the anime here.

We're only pointing out what should be obvious: being romantic towards someone and sexually harassing them are not one and the same. The anime below don't seem to quite get the difference. 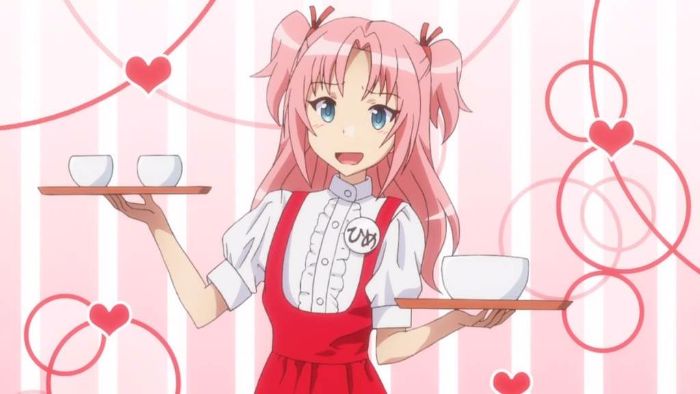 Is it a trap? Who cares! Tap it anyway.

Granted, Himegoto doesn't have that much romance, but it does have all the trappings of a harem. See what we did there? Trappings? Because there are traps in Himegoto. So, so many traps. The idea behind this short anime is that a boy, Hime, is forced to dress like a girl. He's so good at looking like a girl though, that many people start to think he really is a girl. And so, naturally, they try to molest him and grope him. Upon learning that he's a trap, there's generally a moment of confusion, followed by "aw why not, boy or girl, he's still cute."

There are a number of molestation and near-rape scenes, which leave Hime genuinely terrified. His friends find this hilarious, and even play along. Finally, the anime reaches a resolution when Hime's female friends realize that maybe it's not okay to molest boys dressed as girls, and save their friend from getting raped (molesting girls, though, is probably a-okay). It's heartwarming. 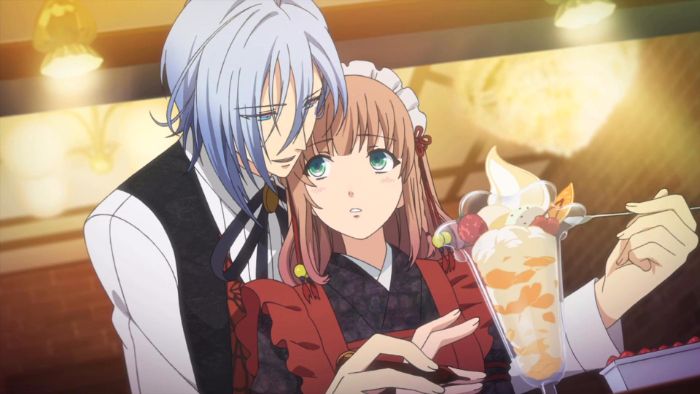 She doesn't remember you? Excellent. Exploit her to your heart's content.

Just imagine: you (a girl) wake up one day to find that you don't remember anything. Then one by one, gorgeous hunks take their turn going on a date with you, trying to remind you of your life, and occasionally attempting to put you into a cage. There's no doubt the anime plays on some fantasies, but nearly every male character has some nefarious plans for the nameless protagonist, and doesn't care whether she wants the same. The men take turns forcing kisses onto her, holding her against her will, and various other forms of non-consensual contact. Swoon. 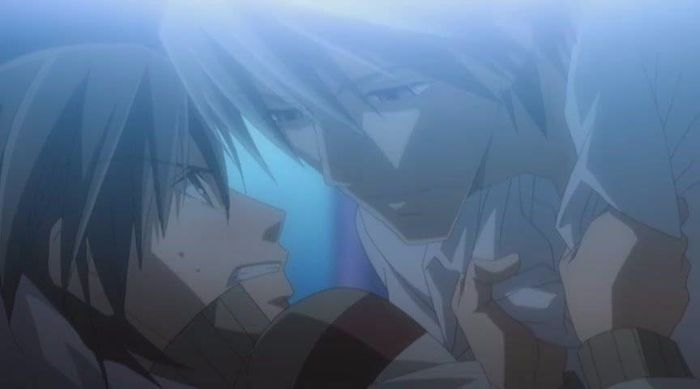 He wants it, he just doesn't know it yet.

Nowhere is this theme more readily apparent than in yaoi and yuri. Many characters who aren't aware of their sexuality need to be.. coaxed into it. This leads to plenty of inappropriate moments, and many characters forced into situations they don't actually want to be in. That is, until they get there -- at which point they realize it's what they've wanted all along, of course.

That's what happens to Misaki Takahashi, a high school student who finds himself entangled in a romance with the older Akihiko Usami. Nearly all interactions between the two scream dysfunctional relationship. Akihiko repeatedly does things to Misaki against his will, sometimes while the latter is literally begging for him to stop it. Whether or not you find this kind of thing intriguing, a romance it is not. 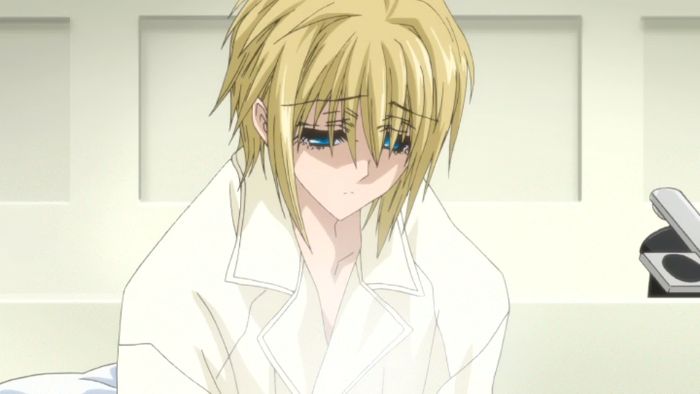 Those are not the eyes of someone comfortably in love.

A rather extreme example of yaoi exploitation can be found in Okane ga Nai. It's another insrance of "rape is bad, except when it's good." A young man is sold to an older man to pay off his debts. Between all the control and forced physical interaction, the two develop a bond and fall in love. It's basically "Stockholm Syndrome, the Anime." Despite this, there has been many a sigh about how sweet and kind the older man is, and how touching the relationship is. Because as we all know from popular culture, consent isn't black and white -- it's various shades of grey. 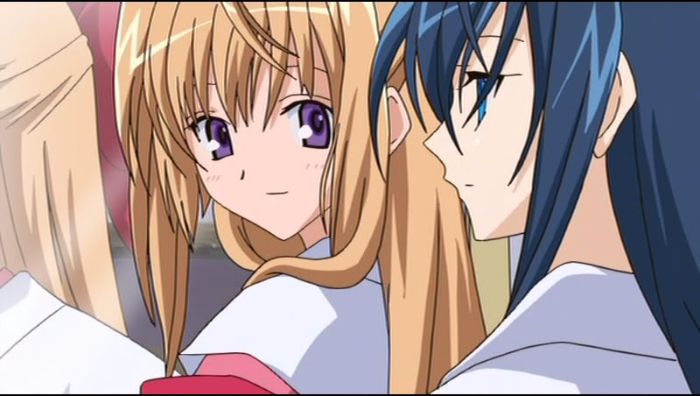 They look sweet until you find out about what brought them together.

Kannazuki no Miko is a wonderful story about two girls falling in love. It shows them finding solace in one another, and forging a bond so strong that even death can't tear them apart. Too bad it starts with a non-consensual scene where one forces herself on the other. There's nothing stronger than the bond of falling in love with your rapist, right? Don't worry, she's raped for her own good. Whew, bullet dodged there. 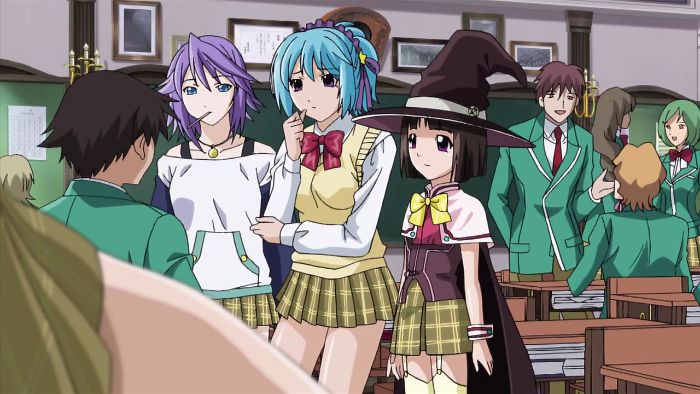 They're just plotting their next romantic exploits.

Let's take a step back for a moment and see romance from a different angle: the harem angle. Harem anime can be loads of fun, especially when they show the relationships between the protagonist and his girls deepening. Some harem males are clueless about their admirers, others welcome them into their little circle of love. But some are unwilling participants. This last one is often played for laughs: what sane guy wouldn't want a girl to throw themselves at him against his will, right?

A classic example of this is Rosario to Vampire, which has a group of supernatural girls trying to win over a protagonist's heart by grabbing him, rubbing themselves on him, and using magic (not necessarily in that order). To his credit, the protagonist does attempt to fend them off in favor of "best girl," which we suppose is romantic (after all, the previous anime on this list have already taught us how hard it is to resist the person who sexually abused you). 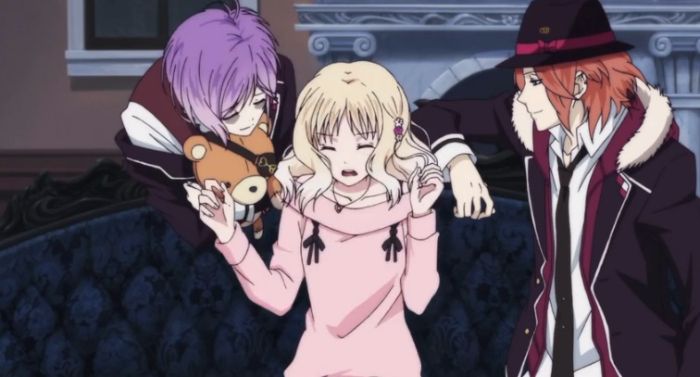 And then, of course, there's the reverse harem. Diabolik Lovers continues the theme started in Amnesia by placing a pretty girl without a personality into the midst of some slabs of beef. Said beefcakes then use the girl like a doll, physically and verbally abusing her over and over until she finally stands up for her- wait, no. She just takes it. Cause that's what girls are supposed to do in healthy relationships, isn't it?