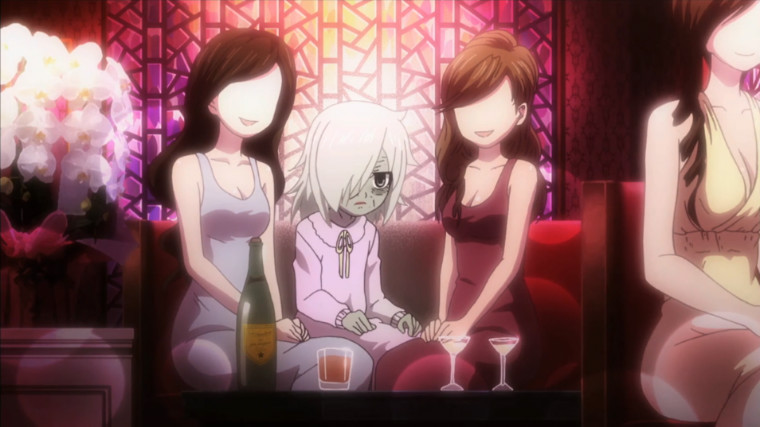 For a show to be popular, is has to be good… right? Not always, if MAL ratings are to be believed. Scroll down the Top 200 Most Popular anime here, and you get plenty of anime with over 8.00 ratings. But sometimes, anime with poor ratings make the list. Why is that?

To find out, we took a look at the Top 200 Most Popular anime on MAL, and picked out any anime with a 7.50 or below rating. As it turns out, there are a few types of anime that we love to watch even when we don't think they're all that great.

We've arranged these anime based on our speculations about why they did poorly, but still ended up popular. Here we go!

Too Full of Fan-Service

Some people watch anime for the plot. Others watch it for the plot. Some anime are so full of fan-service that you have to dig through extremities and fluids to get to the story, if there is any to begin with. These anime can be fun to watch, but we're not fooled into thinking they're actually good. We might not love fan-service anime, but we sure do watch the hell out of them. 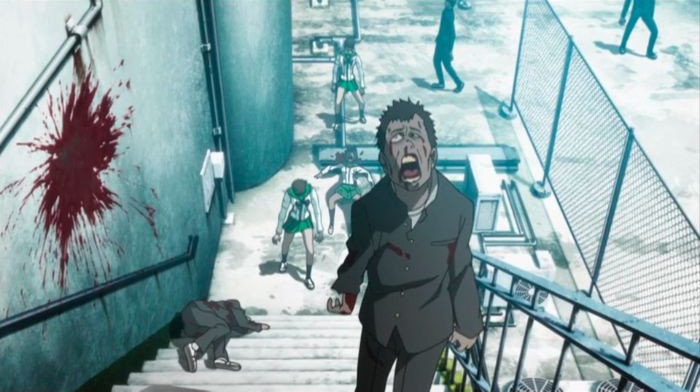 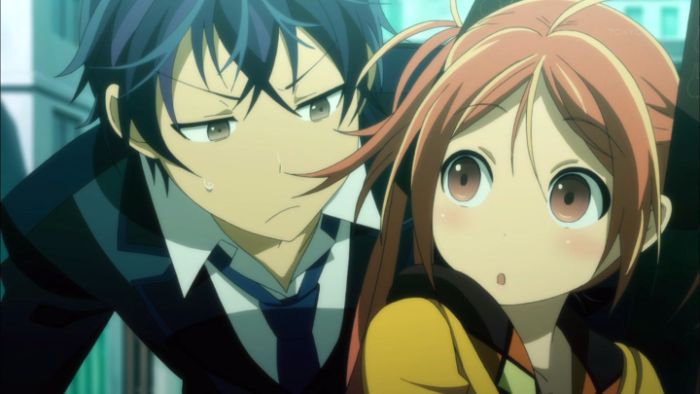 According to many reviews, Black Bullet has terrible pacing, one-dimensional characters, and a half-baked story. So why do people watch it? We can tell you it's probably not for the plot. 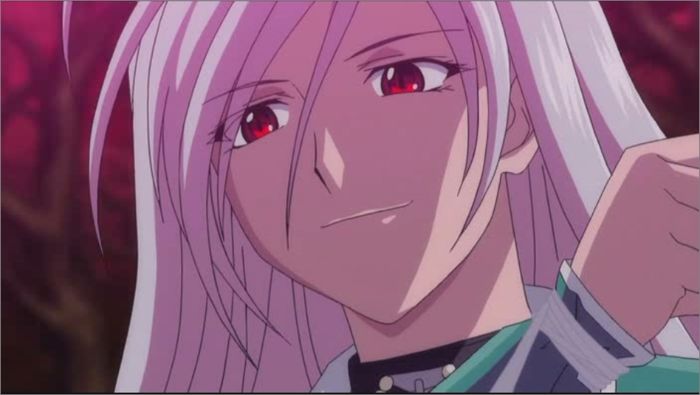 Rosario takes the classic formula of the average school guy surrounded by pretty girls of various proportions, and throws dangerous monsters into the mix. Apparently Rosario pulls off the dangerous woman harem well enough to be in the Top 100 Most Popular anime on MAL, but not enough to give it a decent rating. 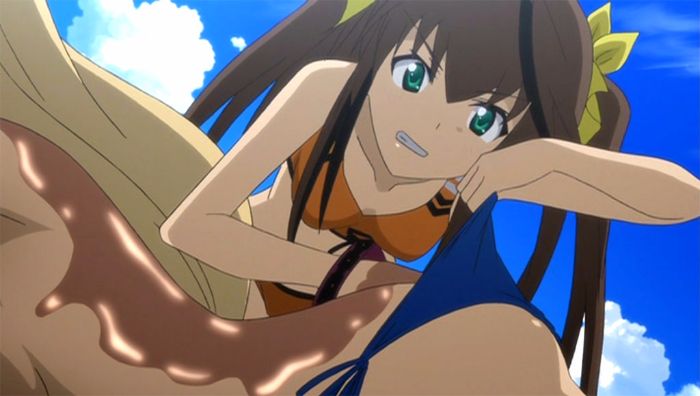 There are plenty of anime that thrust a guy into an enclosed group of girls just to see what happens. Infinite Stratos apparently does well enough to keep people watching it, but not well enough to even break a 7.20 rating. 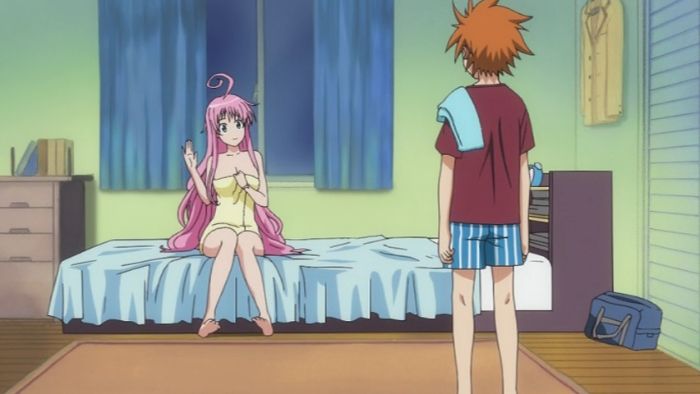 When "outlandishly lewd moments that defy the laws of physics" is one of the selling points of an anime, you know exactly what you're in for. 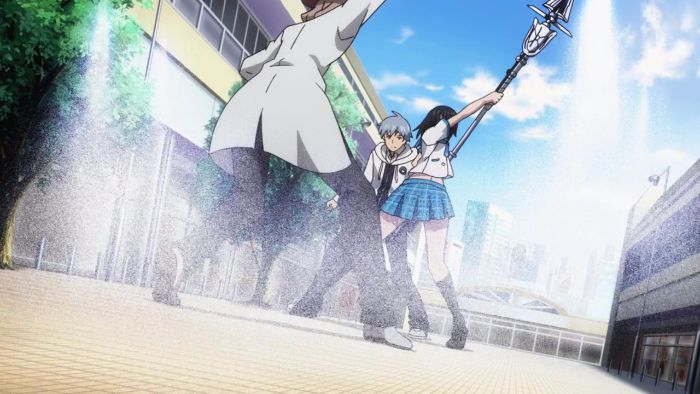 Ah the action-ecchi genre. Hot girls fighting to the death provides ample opportunities for fan-service. Unfortunately, Strike the Blood seems to forget to include actual plot amid all the.. plot. So far, it seems that ecchi anime with enough action are the ones that make this list, for their ability to entertain on at least two levels. Fun for the whole family! ...So to speak. 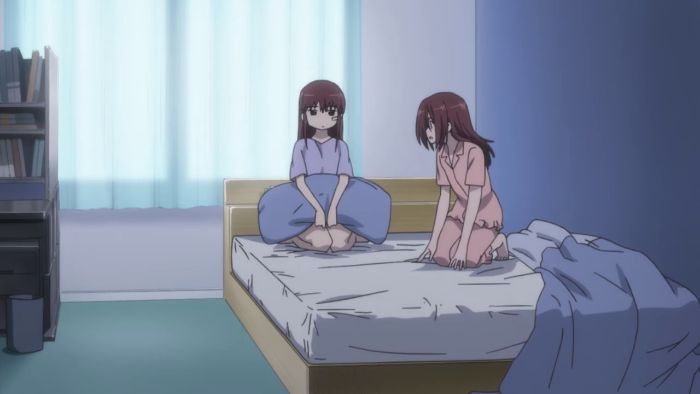 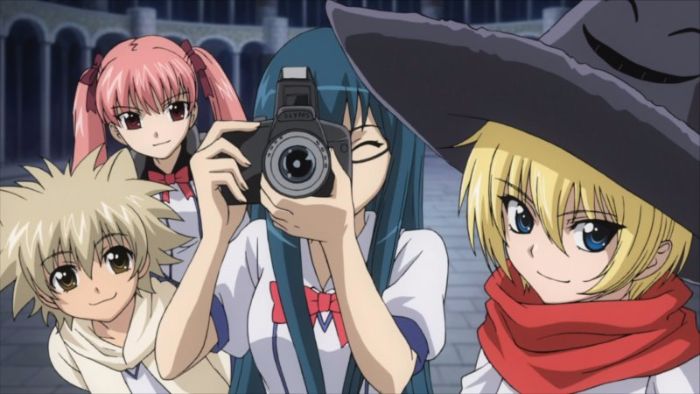 Being a demon king is all about fighting off… girls? They do say some girls are attracted to the dangerously demonic. Sitting at the 200th Most Popular anime on MAL, Demon King Daimao is a fun romp through demonic fangirls, but isn't worth enough to rate highly.

Some anime do amazingly well, but their sequels fall flat; otherwise known as sequelitis. Whether they fail to reach the same heights of greatness as the original anime, or they just genuinely aren't very good, these sequels get voted down by disappointed fans who expected more. 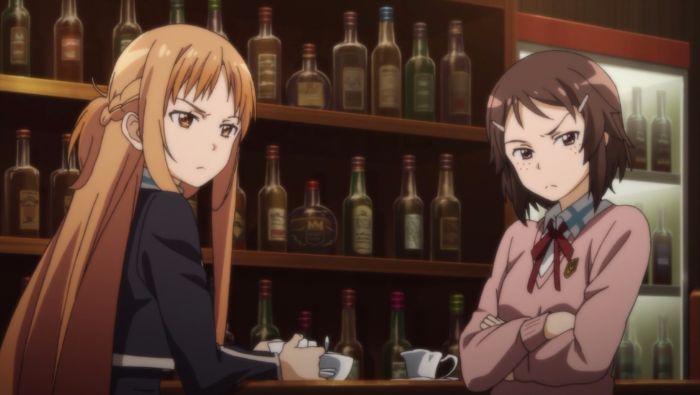 For reasons this columnist doesn't understand, SAO was immensely popular and beloved. People seemed to have come to their senses for the lower-rated sequel. Honestly, the "trapped in a game" schtick is just not as appealing when you're, well, no longer stuck in a game. Go figure.

Suzumiya Haruhi no Yuutsu (2009) (The Melancholy of Haruhi Suzumiya) 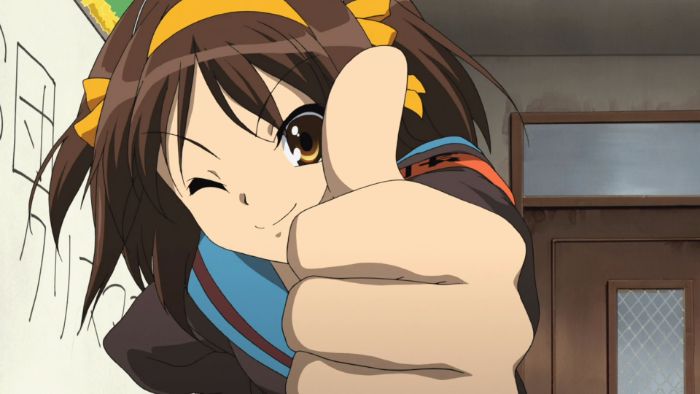 The original Haruhi won over hearts with its quirkiness, earning it a well-deserved 8.08 rating. The sequel… consisted of essentially the same episodes in a different order. The low rating here might be the result of fans scratching their heads, wondering why they just watched the same anime twice. 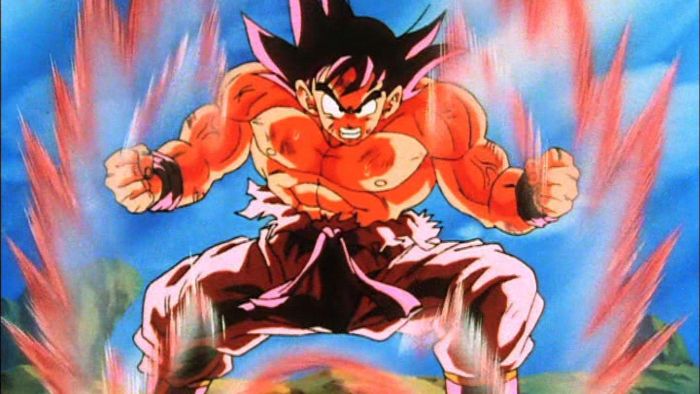 It's Dragon Ball! How can you possibly mess up Dragon Ball? Apparently GT does this so spectacularly, that many DBZ fans have gone as far as to disown it from the franchise. The poor series earned itself one of the lowest ratings on the Top 200 list. But we watched it anyway. Because it's DBZ, dammit! 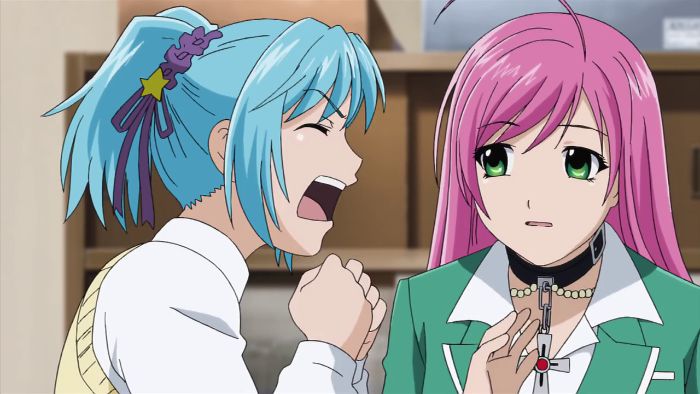 The sequel to Rosario to Vampire... actually did better than the original. That's despite having heavy censorship and a season full of filler episodes. Maybe the censorship made it easier to see through to the story.

Many anime are adaptations of manga, visual novels, or games, and not all these adaptations are as good as fans expect. Some anime attract fans of the original material, only to be disappointed in the adaptation. While a few other anime qualify to be on this list, none have it as bad as these: 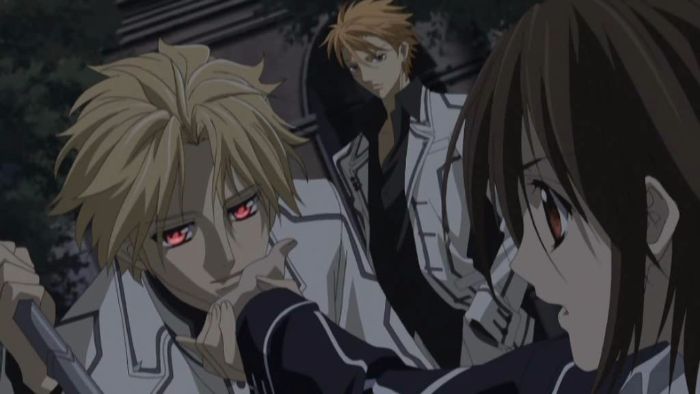 Vampire Knight is the anime adaptation of the manga by the same name, from manga-ka Matsuri Hino. The adaptation deviates from the source, and suffers from some of the problems of trying to turn a full series into 13 coherent and self-contained episodes. The result, according to fans, is "meh." 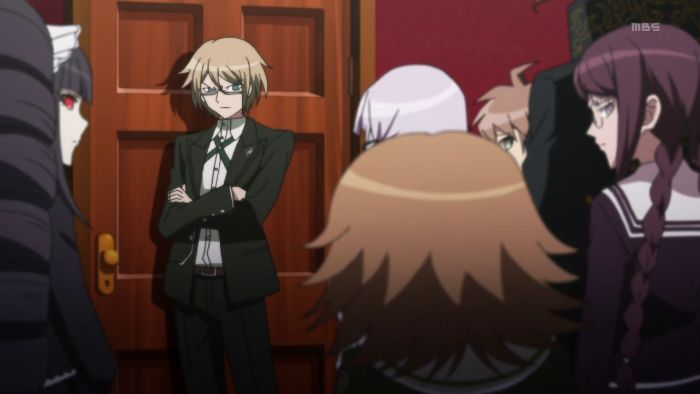 How do you cram a vibrant video game into a 13-episode anime? You don't. Props to Danganronpa for trying: as an adaptation it does decently, but it doesn't quite stand on its own. The anime isn't rated too poorly, but fans of the game know what it could have been, and rated it appropriately.

Some anime don't quite belong in any category. They're the "love em or hate em" kind of anime: you either love them immediately, or wonder why everyone's raving about them. Which side of the fence are you on for these divisive anime? 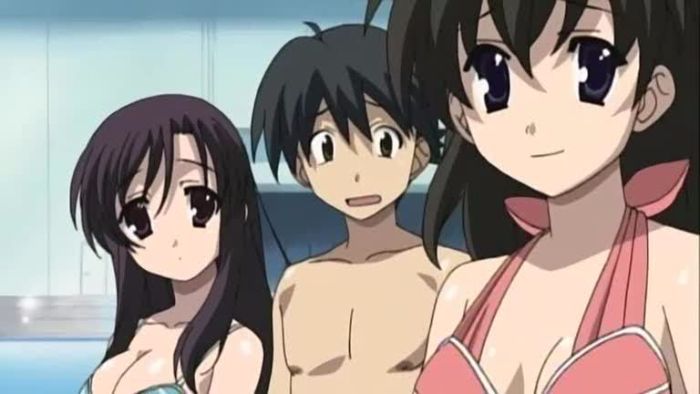 School Days is one of the most divisive anime on this list. Whether you watch it because you've heard weird things about it, or just to see if the hate is deserved, the discrepancy between this anime's rating and popularity actually make sense. This is one of those rare cases where you might watch an anime you know you'll hate, just to see how much you hate it.

Watashi ga Motenai no wa Dou Kangaetemo Omaera ga Waru (WataMote: No Matter How I Look At It, It's You Guys' Fault I'm Unpopular!) 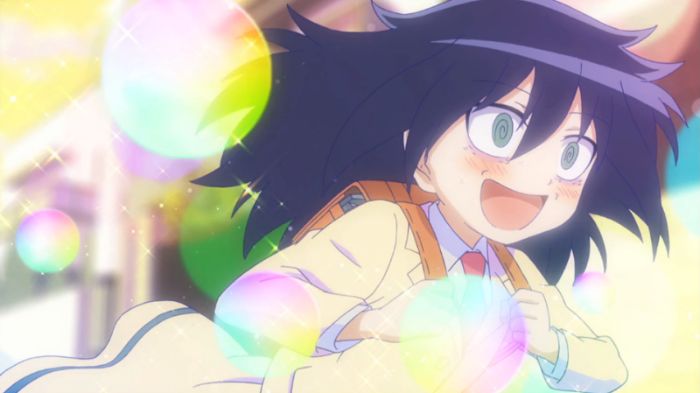 Despite the ridiculously long name, WataMote won over many of the MAL users who actually left a review. A silent chunk of watchers, though, downvoted the anime. What might have happened? WataMote is a pretty divisive anime with an awkward, uncomfortable kind of humor that wins some watches over, and alienates others. 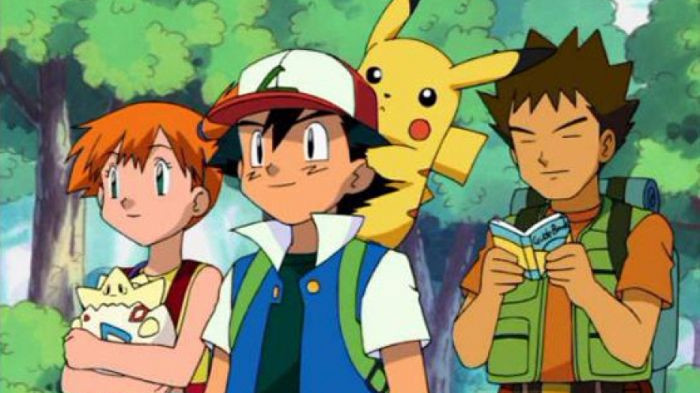 Who hasn't watched Pokemon? Many anime fans owe their introduction to anime to this immensely popular and well-known series...which doesn't automatically make it the best anime out there - no matter how much your childhood nostalgia protests.