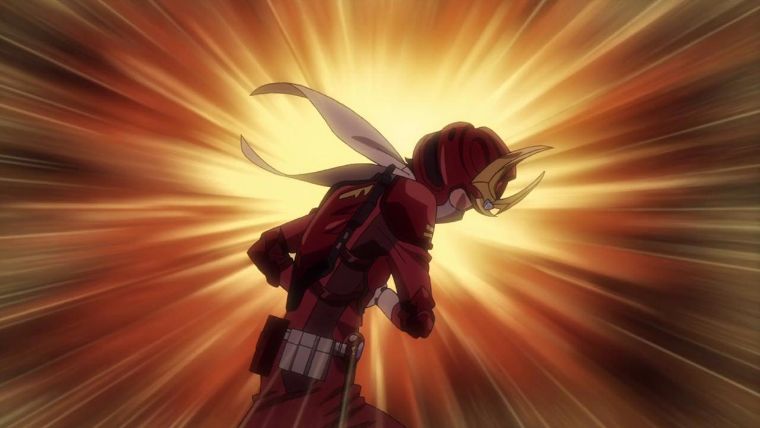 When it comes to anime, most of the time what you see is what you get. It's usually pretty easy to tell when an anime will feature a harem, sci-fi mechas, or yuri battle bears. You start watching, and you see exactly what you expected to see.

Unless, that is, you're watching one of the anime on this list. These anime start out in one genre, then twist, do a back-flip, and skid into an entirely different genre -- completely without warning. 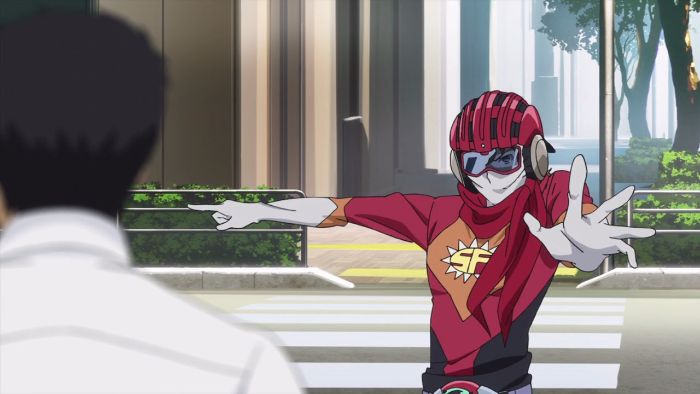 What you expect: A pretty young male model wants to fight for justice, so he becomes a masked vigilante. He meets a policeman with his own strong sense of justice, who doesn't entirely approve, but decides to watch out for his new friend. If the first few episodes are to be believed, the anime is about the two men finding out what it really means to be a hero, the true meaning of justice, and maybe even some chemical attraction between the two of them as their bond strengthens. The introduction sets up a realistic story about a wimp growing into a man.

What you get instead: And then, suddenly, monsters. Just when you're getting into the flow of things, a giant gorilla with a guillotine for a body brutally murders someone. From here the monsters and scenarios get more and more outlandish. The protagonist goes from being a lone vigilante, to being part of a Power Rangers style lineup, to working with a magical-girl style group, to mechs, and it just keeps snowballing. Just when you think "wow this can't get any more ridiculous and outlandish," the anime laughs in your face, and catapults you into outer space. So much for sanity. 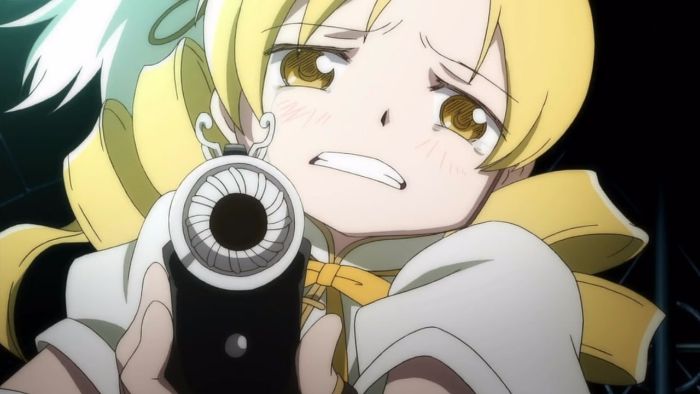 What you expect: An adorable school girl stumbles into a world of magical girls, and must decide whether she wants to become a magical girl as well. There's a cute animal mascot, pretty outfits and weapons, and shiny pink frilly things. In other words, a typical magical girl anime.

What you get instead: A dark descent into madness, nightmares, and the sad truth behind what powers the magical girls. You get hints of the insanity to come right off the bat, as the scenarios in the "nightmares" are a completely different style from the main animation, and downright creepy. Past the first couple episodes, though, it really hits home that this isn't your typical magical girl anime after all. It's a psychological trip through the hope and pain of a group of girls who got in way over their heads.

Suzumiya Haruhi no Yuutsu (The Melancholy of Haruhi Suzumiya) 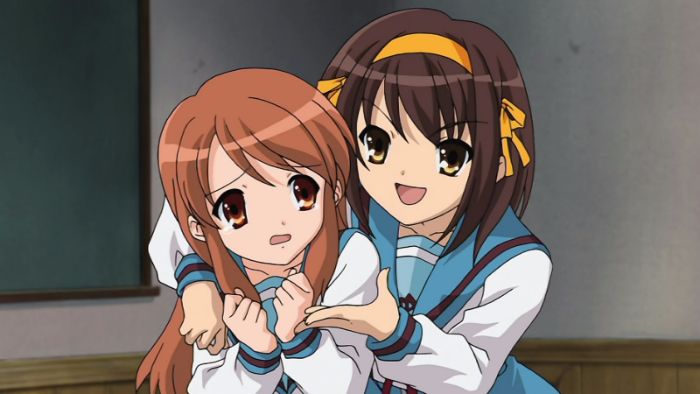 What you expect: Haruhi Suzumiya is the class weirdo, the black sheep. She's odd and moody, and has an obsession with all things paranormal. Life isn't exciting enough for her. One day she fixates on one boy in her class, Kyon, and pulls him along with her to form a club made up almost exclusively of other girls. It's the setup for a harem anime, or at the very least a quirky slice of life.

What you get instead: If the world isn't exciting enough for Haruhi, she'll just have to change the world. Kyon starts to see pretty early on that something really weird is going on. Haruhi wants aliens, espers, and time travellers, and suddenly Kyon is surrounded by them. This isn't just a school comedy -- the supernatural twist propels into a unique territory that's placed it on many people's list of favorites. 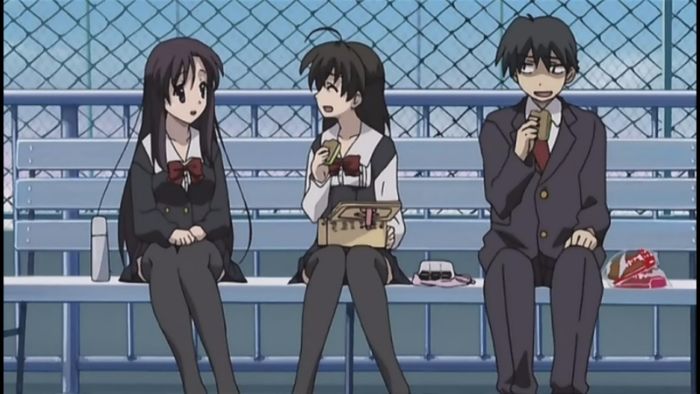 What you expect: As school begins, Makoto Itou finds himself in the center of a love triangle. The anime comes across as a basic romance series, focusing on the growing relationships of the characters, and the hardships that come with a first love. WARNING: Major end-of-series spoilers follow. Read on at your own risk.

What you get instead: Except most high school relationships don't end in a bloodbath. When one of the characters snaps, the series takes a turn for the dark out of nowhere and shifts from a melancholy high school romance anime into a horror thriller. Don't expect any happy endings here. 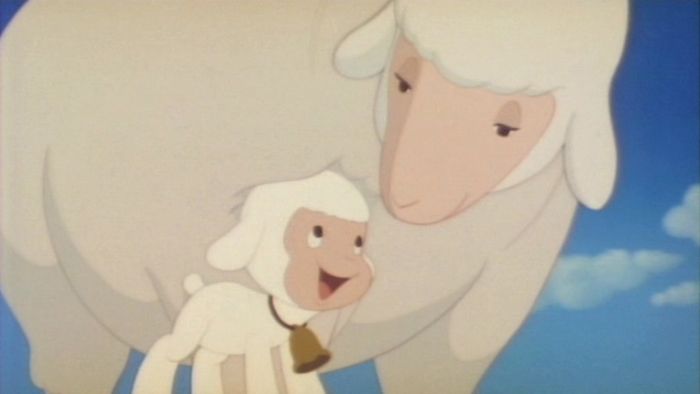 What you expect: There is no way an anime this adorable, from Sanrio (the makers of Hello Kitty, among other cute critters), can be anything but a happy children's story. Right? Right!?

What you get instead: The movie starts off cheerful enough, but within about 15 minutes it becomes apparent that this will not be a happy story. When a young lamb's mother is killed by a wolf, he sets out to avenge her. In his desire to become stronger, he becomes an apprentice to the very wolf who murdered his mom. As the film progresses, you see his innocence slowly drain out of him. The film asks some mature and complex questions, many of which don't have a real answer. There's nothing like teaching children the inevitability of death through cute fluffy lambs. 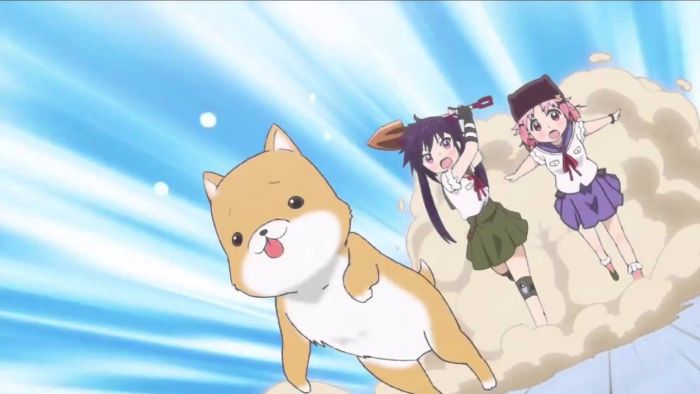 What you expect: The School Living Club is a group of cute girls doing cute things. They love their school so much, that they've decided to stay there! It's a bit extreme, but hey, anime does silly things and we don't usually question it.

What you get instead: Except this time, it would be wise to question it. Why are all these girls living inside one classroom in their school? All is not as it seems: outside the classroom, chaos reigns. As the series progresses, the "cute" things the girls do take an ominous undertone. You might go into this series expecting to be entertained, but you're guaranteed to leave feeling disturbed instead.

Nijuu Mensou no Musume (The Daughter of 20 Faces) 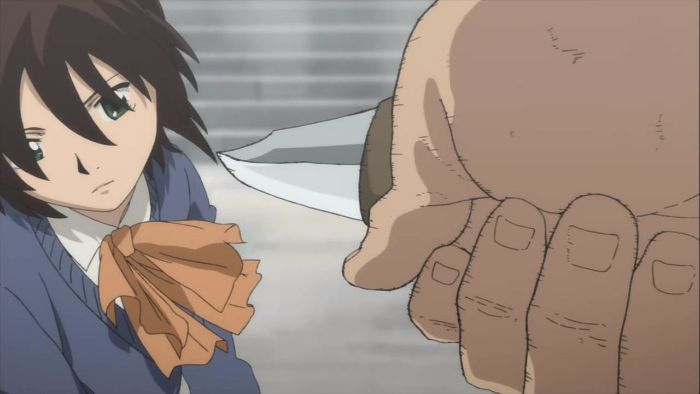 What you expect: The anime begins as an action series about a girl who joins a band of thieves. It's all about adventure and action, and much of the beginning is spent setting up the scenario and characters.

What you actually get: Then suddenly, after one huge game-changing episode, the series shifts from an action anime to a detective mystery. Instead of embarking on adventures, the protagonist tries to understand what happened, and find the person responsible for it. It takes a while to get there, but many fans believe the shift weakens the anime overall. Watch it and judge for yourself!