Think you know everything there is to know about anime? Think again. Here are 10 anime facts you've probably never heard of before!

Even if you've watched over 1000 anime (seriously guys, where do you find the time!?) there is still more to learn about this extremely popular medium. Anime has a rich history, a huge amount of inspiration and background, and a wealth of trivia to explore. In this list, we try to provide you with a little of each.

How many of these anime facts do you know?

Anime owes its style to Disney. 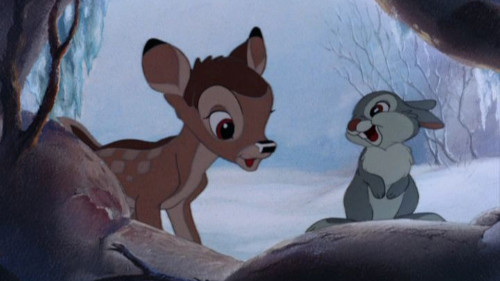 Anime as we know it today is varied in style and content, but it can all be traced back to one man: Osamu Tezuka. The well-known creator of the anime style influenced generations following him, but he was not without influences of his own. Tezuka was heavily influenced by Disney films of his time, including Bambi and Mickey Mouse cartoons. He styled his own creation, Astro Boy, to look like Disney cartoons. As his creations evolved, they took on a "cuter" style, later morphing into anime as we know it today. Thanks, Disney! 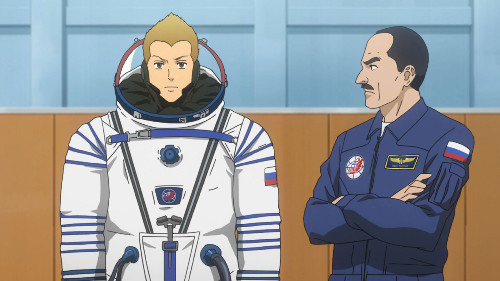 Space Brothers is an anime about two boys who aspire to be astronauts. The anime sets itself apart from others with its focus on realism, and has plenty to keep space buffs hooked. It also has a pretty impressive first: episode 31 features the first voice acting ever recorded in outer space. Astronaut Akihiko Hoshide held the recording session while aboard the International Space Station. Hoshide noted that recording in outer space "was quite difficult, but I did my best. "

The longest-running anime has over 7400 episodes. 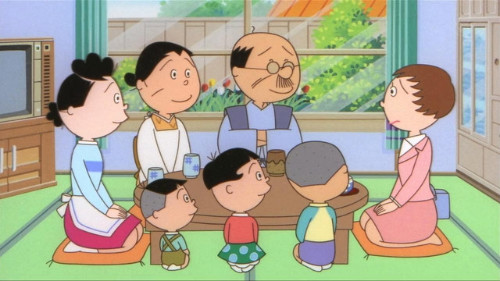 Do you think One Piece is impressive at over 750 episodes? Or Detective Conan at over 800? The actual longest running anime would take quite a while longer to binge. That honor goes to Sazae-san, with over 7400 episodes (and counting!). If you think 6-minute episodes don't quite count though, there's always Manga Nippon Mukashibanashi, which has over 1400 25-minute episodes. Binge away! 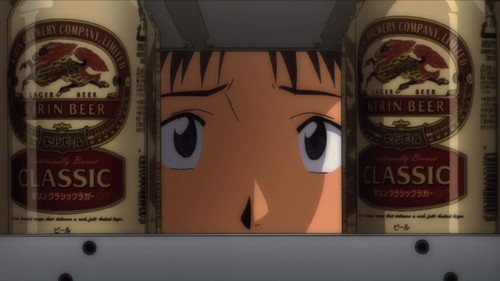 When you think of product placement, you probably think of American productions. You might be used to seeing unsponsored ripoffs like WcDonalds and Dk. Pepper in anime, but plenty of anime make use of product placement as well. And why not? It's a popular medium that many people view -- the perfect place for an advertisement.

The Japanese (but not the localized) version of Code Geass, for example, has product placement for Pizza Hut. The Evangelion Rebuild series has plenty of examples, from Doritos to Kirin beer. Plenty of other examples can be found here, along with a few shots of the brand's side of the deal: promotional images of the anime it was featured in. 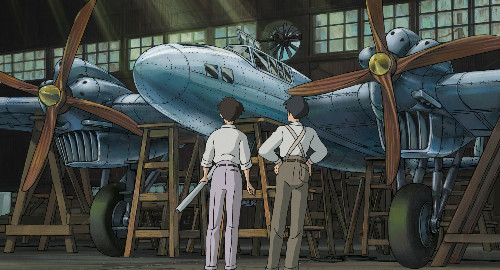 You've probably taken Studio Ghibli's name for granted all this time; have you ever stopped to wonder what it means? WWII buffs might recognize it as the Caproni Ca.309, an Italian WWII-era scouting aircraft nicknamed Ghibli. Arabic speakers might also recognize it for the word's meaning: Desert Wind. Considering Hayao Miyazaki's love for airplanes and flying, it's not such a big surprise that he got the name for his studio from a plane.

The name Gundam was originally a blend of "gun" and "freedom." 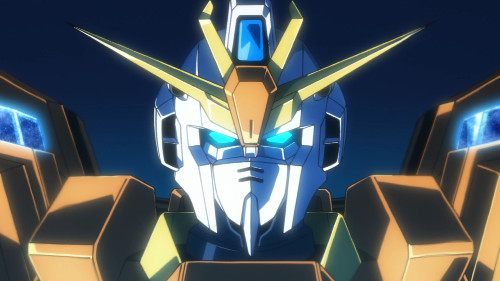 Before it emerged as the huge success you know today, Mobile Suit Gundam Wing went through several iterations. What began as just boys fighting with each other for freedom turned into the giant robots we know and love today. Like Studio Ghibli, you might never have considered the origin of the word itself. According to Bandai South Asia, the word was originally "Gundom", a portmanteau of the words "gun" and "freedom". Creator Yoshiyuki Tomino then changed the name to "Gundam" to evoke the idea of the robots being used like a dam to hold back enemies.

Attack of Titan's Titans are based on a drunk guy. 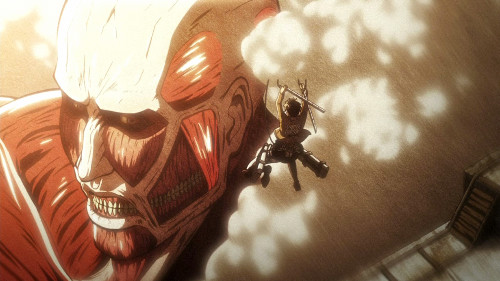 Hajime Isayama was working at an internet cafe when he encountered a drunk customer. The experience affected him so much that he was inspired to create a manga about it. You might know it, a little thing called Attack on Titan. According to Isayama, the customer showed him how difficult it can be to communicate with someone despite being the same species, and made him realize that the scariest animal is also the most familiar: the human being. Other inspirations went into the making of the series, of course, including his own childhood enclosed behind mountain "walls," but the drunk guy acted as a catalyst. Just think: who knows how many works of art you inspired while drunk. 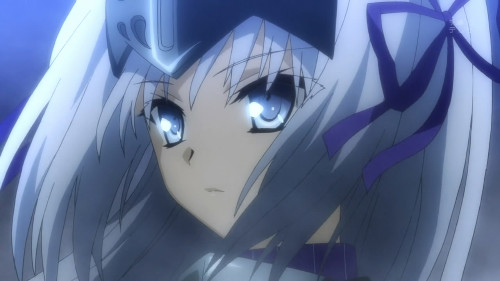 It's not unusual for a character to get a new voice actor in a reboot or even in a new season. But there's one character who has a new seiyuu in every single episode. Eucliwood Hellscythe from Is This a Zombie? has 22 different voice actresses over the same number of episodes (including OVAs). Why? While the character herself rarely speaks, each episode features fantasy segments of Eucliwood speaking. And each time this happens, she has a different voice, "selfishly imagined by our weak-willed protagonist."

Anime has been around since the early 1900s. 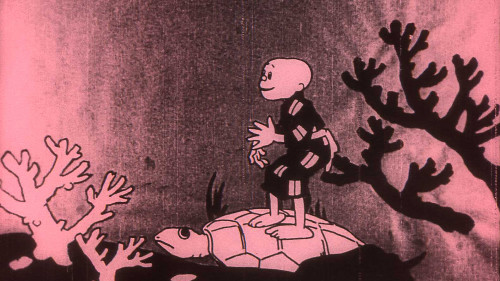 When we talk about anime, we usually refer to Osamu Tezuka as the one who "started it all" in the 1950s. And while that may be true of today's definition of "anime," Japanese animation began much earlier than that. Animated cartoons began as far back as 1907 (and maybe even earlier -- records of this time are spotty at best). In Japan, animation was used as an extension of theater, artists created, experimented, and refined this new artform years before it reached Tezuka's undeniably expert hands. Three men are thought to have kickstarted the medium: Katsudo Shashin, Junichi Kouichi, and Seitarou Kitayama -- names that are not as famous as Tezuka's, but important nonetheless. You can watch many of the remaining pre-Tezuka anime in this article from Tofugu. 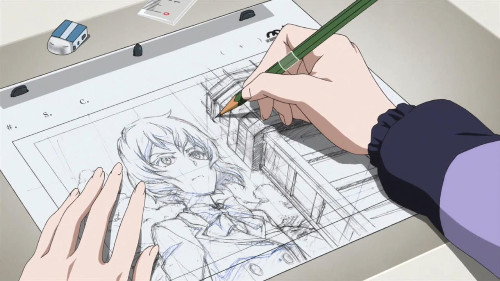 Okay, this is one you may have known: being an animator for anime might sound like fun, but it's gruelling, severely underpaid work. Every year there are more and more anime produced, but less money and animators to go around. The result is an industry plagued by animators working nearly full months without a break, while earning below minimum wage. Just how bad is it? Kotaku has a breakdown of the average salaries for various positions in the industry, and the numbers are downright depressing. Cartoon Brew highlights one animator's Reddit AMA, where he notes that animators are essentially treated as slave labor, taking breaks only to occasionally puke from exhaustion or take a vacation… to the hospital. For exhaustion. We think you get the point. Someone slaved away so you could watch 24 minutes of animation then trash it in a review. Not to discourage anyone from pursuing a career in Japanese animation, but the realities are harsher than you think.