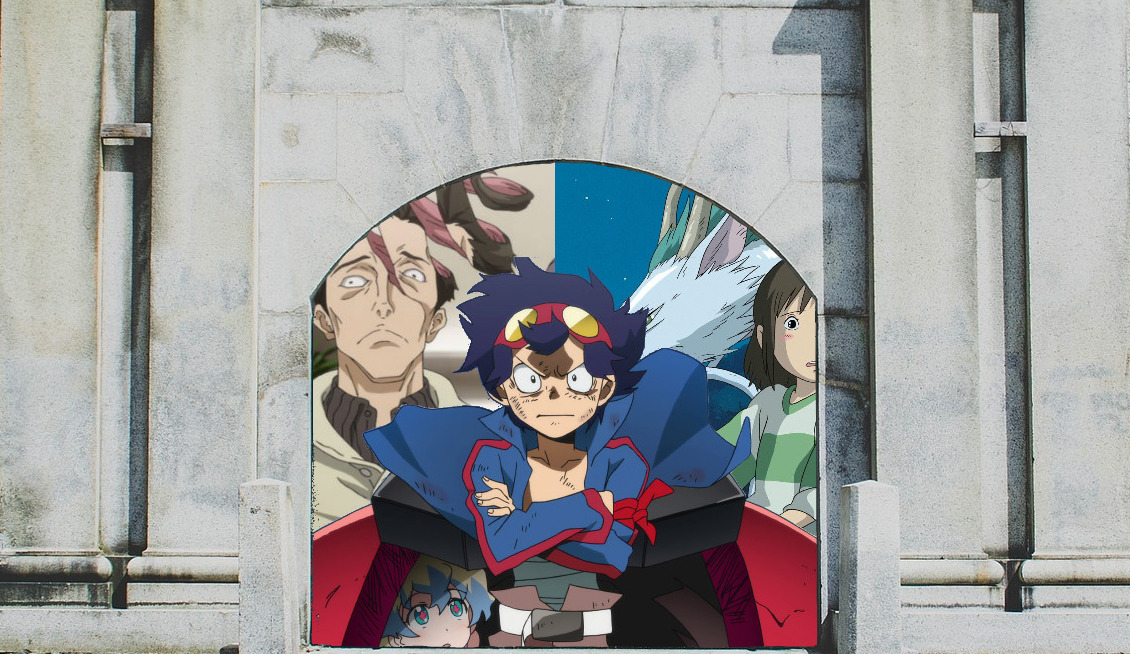 We all have that one friend. Any time you mention anime, he (or she - we'll stick to the male pronoun for simplicity's sake) wrinkles his nose. He's watched one episode of a bad anime and gotten turned off from it. Or maybe he hasn't even seen any anime, and his only knowledge of it comes from the internet and popular media. Whatever his reason, he just hates anime and there's nothing you can do about it.

Except there is. Anime is a vast medium, and there's something out there for everyone. You just have to find it. All you need to do to get your friend into anime is to show him anime he's bound to like. The biggest mistake you can make here is to show your friend your own personal favorite anime. Instead, consider his tastes. Whether he loves history, action, or big breasts, you know there's an anime for that.

We've put together our list of "gateway anime" sure to please any kind of person. These anime should hit all (or most) of the sweet spots of your friend's interests, be entertaining enough to get into, and not be overwhelmingly, well, anime.

So sit your friend down and grab some popcorn, because it's time to turn your anime-hating friend into a fellow anime fan.

Some people stereotype anime and throw it all into one scantily-clad category. And sure, there are plenty of ecchi and harem anime out there, if that's your kind of thing. Your task is to show your friend that there's more to it than that.

This kind of friend needs to be shown that anime can tell a compelling story, be breathtakingly beautiful, or even leave you with tears streaming down your face. It's a good idea to start with the proven classics. It's also a good idea to go with a movie. You need something that will wow your friend right away, and many series take a little while to get off the ground.

There is more to anime as an art-form, and these anime are the best way to prove it: 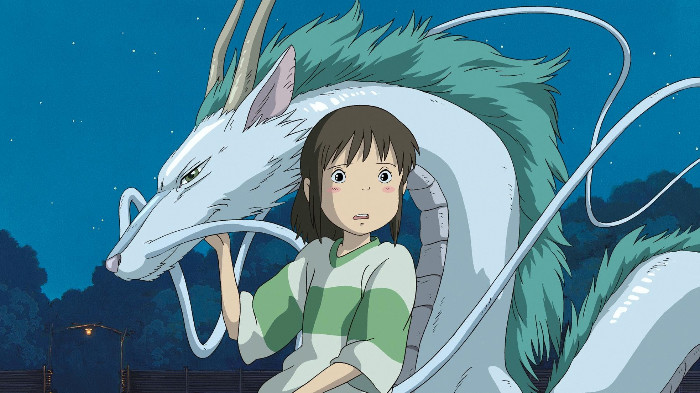 Studio Ghibli provides the perfect bridge to get people into anime. The movies are magical and Disney-like with a heartwarming message, but with a depth and lore that's richer than your typical Disney fare. As much as you love Howl's Moving Castle, resist the urge to show your favorite Ghibli film. Instead, go with Spirited Away: It's beautiful, it's quirky, and it's enjoyed success both in Japan and overseas. 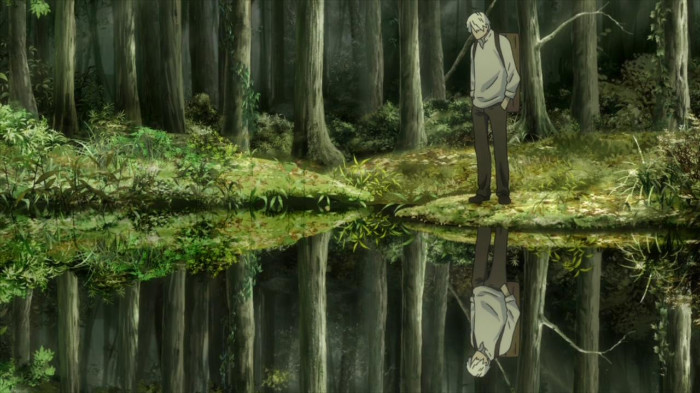 We're breaking our own rule about "no series" here, but Mushishi is an exception. Largely episodic, it's immediately beautiful and magical, and you only need to watch one episode. The slow pace is not for everyone, but this series will at least convince your friend that not all anime is trash.

Hotaru no Haka (Grave of the Fireflies) 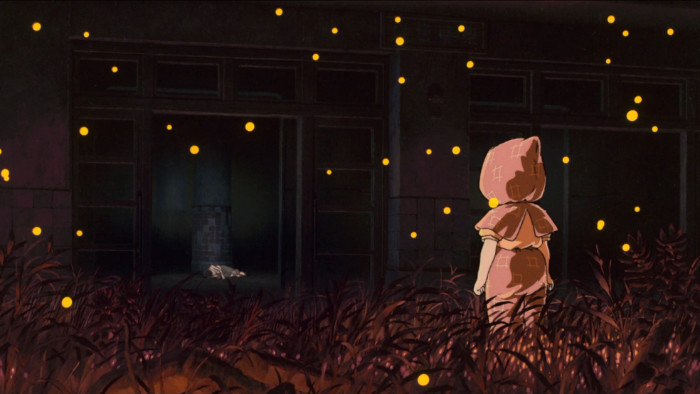 Of all the essential anime for non-anime fans, this one tops the list. If your friend is not touched by this film, he is heartless and there is no hope for him.

For the sci-fi lover

A lot of good sci-fi anime are bogged down by overly-complex stories, an abundance of girls (turning it harem-ey), and showy explosions. To get a friend hooked on a sci-fi anime, it has to be the perfect blend of good visuals and an approachable plot.

Go with something simple enough to provide a bridge into the medium, but fun enough to make your friend want to keep watching. For some of us, the Gundam series was what got us into anime, way back. Today, it may be too outdated to do the job for your friend. Instead, try these on for size: 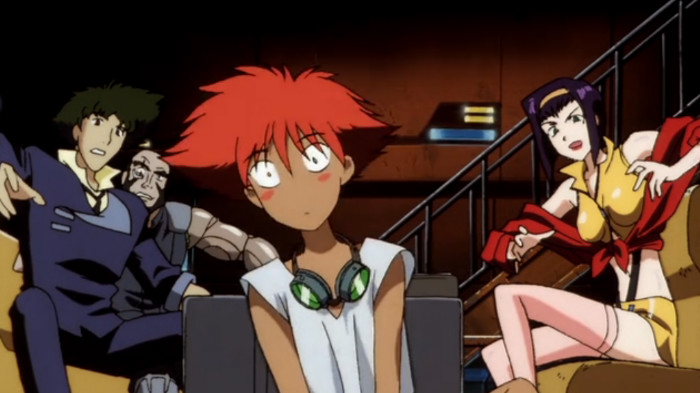 Cowboy Bebop has everything a sci-fi fan would want and more. It's a space Western with bursts of energy and comedy, and a likeable cast of characters. 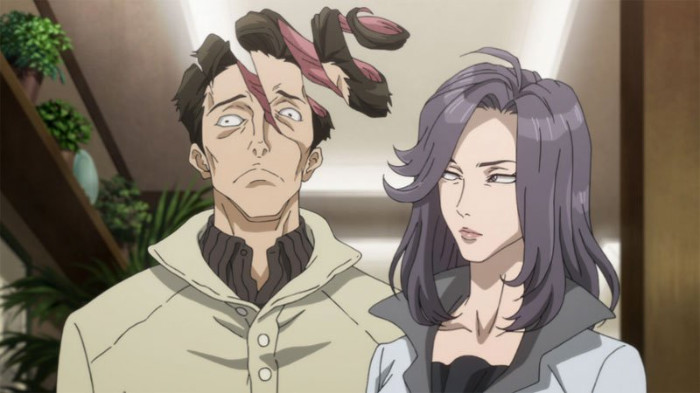 Parasyte is a good choice if your friend is more attracted to sci-fi for the action. The show lures you in with its visuals, but there's plenty of story and depth to keep it going. 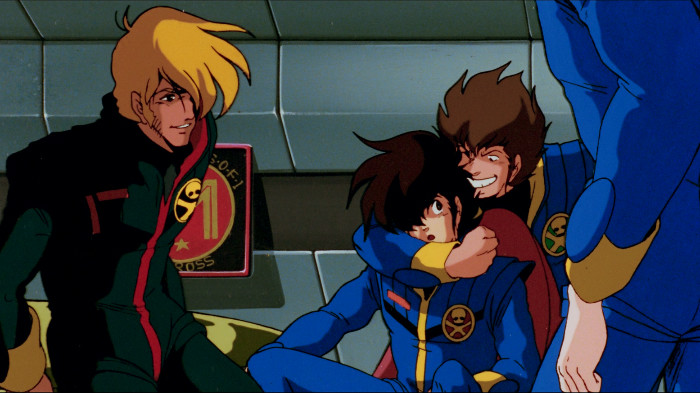 Has your friend got a hankering for actual space travel? Macross is another oldie, but a rich story has ensured it stood the test of time.

You might think that gamers will enjoy anime about fellow gamers, like Sword Art Online and No Game No Life. But chances are, they won't necessarily like those as starter anime. They might also not like anime based on video games (because let's face it, the game will always be better).

Instead, the idea of a game playing out with the protagonist as the pawn might catch their attention. Shows like Gate, where the protagonist is a loveable gamer, might also give your gamer friend something to relate to. Of course, these are all generalizations; you know your friend best.
Here are some ideas to get you started: 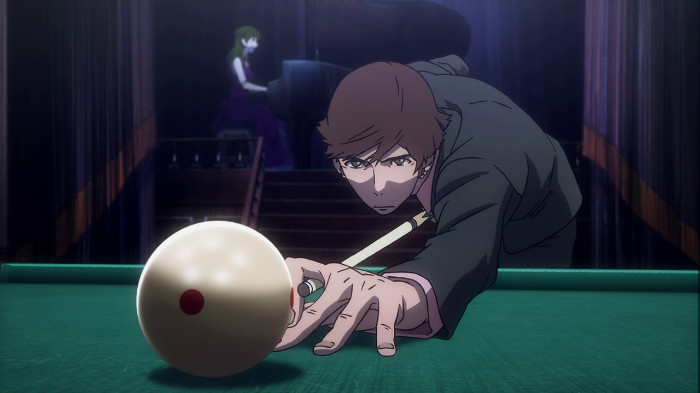 Death Billiards examines humanity through a game of billiards. A game with life and death hanging in the balance? It's a high stake drama with a cerebral twist. 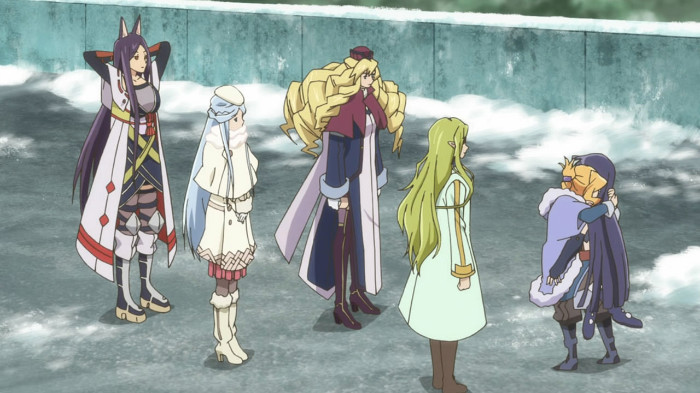 "Gamers trapped in a game" is a trope often played for the wrong reasons (harem, incest, etc. What happens in the game world stays in the game world..). But Log Horizon plays it straight, and as a result, creates an interesting look at what it's like to readjust to a new world. Keep in mind, though, that this anime takes its time to sink its teeth in you, so it might not be a good choice for an action-lover. 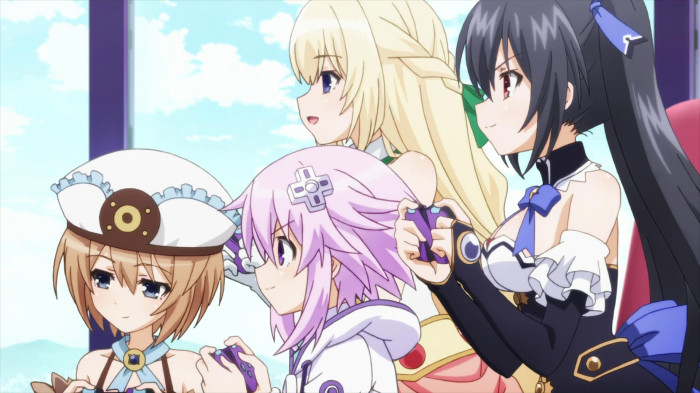 Hyperdimension Neptunia features video game consoles turned into cute girls, a story set in the world of Gameindustri, and enough gaming and computer references and Easter eggs to tide any gamer over.

For the adrenaline junkie

If your friend is into high action, he might also enjoy many of the more mainstream anime out there, like Naruto, Fullmetal Alchemist, One Punch Man and others like them. Some other good choices for gateway anime here are: 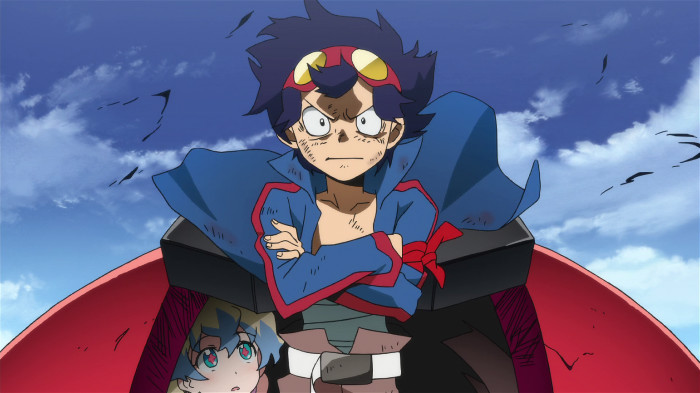 With mechs, over-the-top action, and a healthy dose of the feels, Gurren Lagann is a thrill to watch. 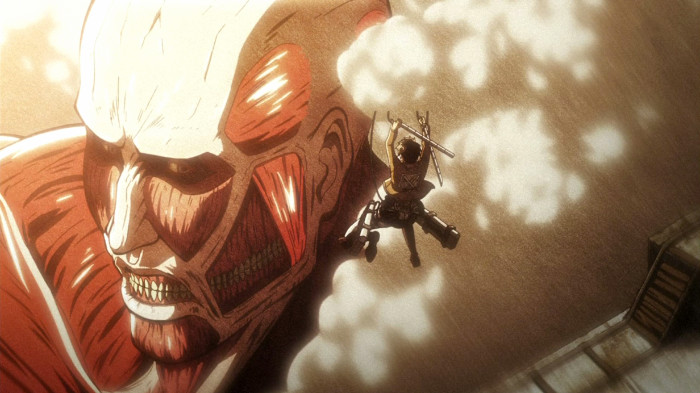 This one is a toss-up over whether it's a gateway anime or not. It's full of tension and action, but the content might be too bizarre for newcomers to the genre. You make the call!

Ah romance. Does your friend devour romance books and novels? Does he love the tension of a love triangle, or prefer to watch a happy friendship grow into a meaningful relationship?

Don't whip out the harem anime just yet. Let your friend ease into the genre with one of the many excellent romance anime out there, instead.
There are so many good choices for this one. Where to even start? How about here: 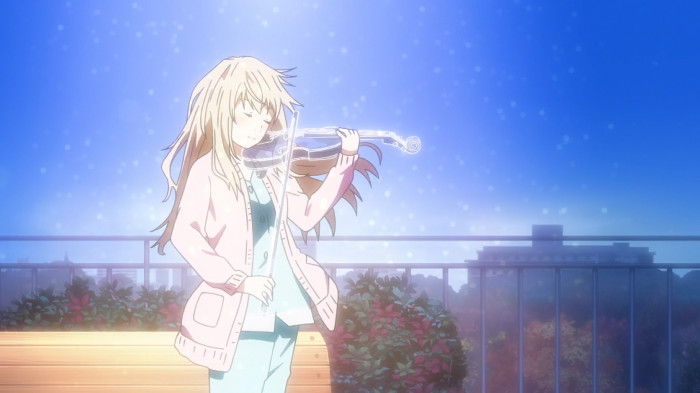 This romance anime is absolutely breathtaking. A beautiful story, soundtrack, and animation come together to create a highly recommended experience for any fan of romance -- even those who have never watched anime before.

Ef: A Tale of Memories 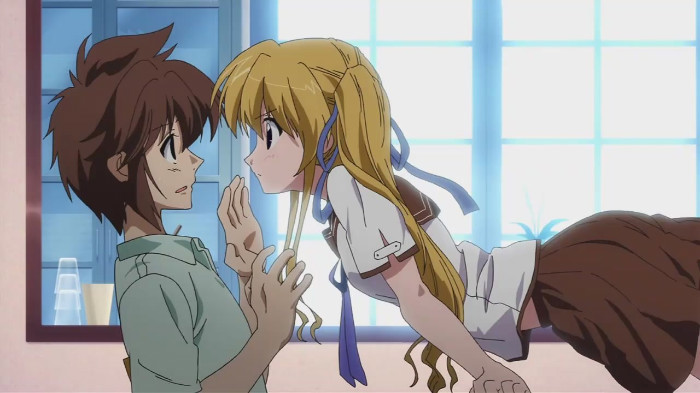 There are many romance stories that hinge on love triangles, so Ef is not unique in that sense. What makes this anime special is how well it depicts the relationships between the characters. The series has captured the hearts of many fans, and is sure to melt even the coldest heart.

For the mystery buff

Some anime unravel a single mystery over the course of the series. Others throw one mystery after another at the viewers. If your friend adored Lost, then he'll enjoy an anime that takes its time delivering clues, like Erased. If he prefers one-shots like TV crime dramas, stick to a series with many mysteries to resolve. Here are some good starters: 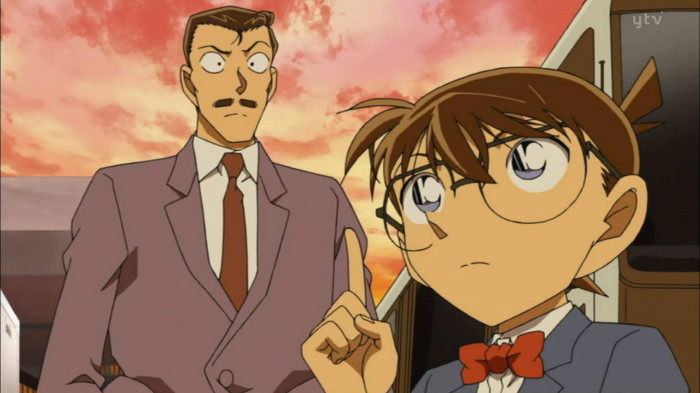 Detective Conan is like an anime version of a crime drama - if crime dramas featured a genius amateur-detective that gets turned into a child. Some of the cases might be too elementary for the true detective lover, but there are a few gems in this long-running series. 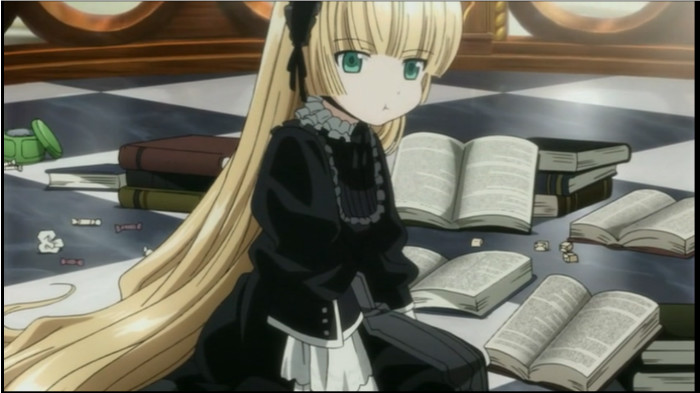 Gosick is a compelling mystery anime set in a fictional country in the 1920s. There are plenty of mysteries to solve here, led by a gruff Sherlock Holmes type detective in a pretty dress.

This list is meant as a starting point. There are plenty of other excellent anime that can get someone hooked. Think back to what got you into anime in the first place, and work from there!