In this week's Akagami no Shirayukihime, a harmless joke played on Shirayuki sees her make an honest revelation to another character, while we witness Zen get sage advice from a close individual after losing something important to him. 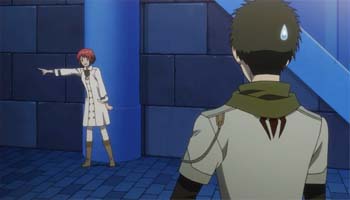 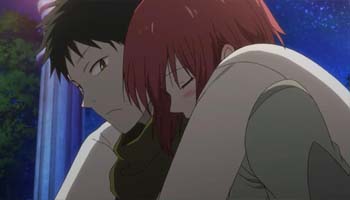 In this episode of Akagami no Shirayukihime, the show seems to be establishing a new story arc. It's still unclear where it's headed though, but things are slowly coming together. The anime is moving the spotlight away from Shirayuki, as it focuses on other characters. Obi is a highlight of this episode, as he continues his duty as a guard for Shirayuki. In the last episode, Shirayuki got drunk after one glass of wine jokingly served to her without her knowledge, and she's still drunk in this episode as she mumbles about getting a jacket and a horse. Obi follows her out of the medical wing of the castle, and we witness this cute banter between the two. Obi considers himself as a spectator surrounded by interesting people, but the look on his face as he gazes at Shirayuki tells a different story. A drunken Shirayuki is a lot more vulnerable, as she shares her insecurities to an eager to listen Obi. It's the most vulnerable we've seen Shirayuki yet, since she would usually bottle up her problems and cry in a corner unseen by anyone. Obi sees it all though, which leads to a beautiful moment of Obi completely awestruck at a more personal side of Shirayuki. It makes you wonder just how long he'll insist on being a spectator, when he is currently a shoulder Shirayuki can cry on. 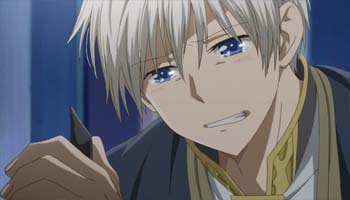 Last week, we are also treated to a flashback about Zen hating his royal status. It was full of sword fights and people dying, so it was of a different tone to this normally gentle anime. This issue is explored some more in this episode, when another flashback featured Zen gaining the resolve to become a much better prince. It was lightly touched upon in the previous episode, since it featured a contrast between Zen and Izana's personalities, but this is elaborated a lot more when Zen takes some very heartfelt advice from Mitsuhide, his bodyguard. He asks Zen to learn from his mistakes, take it one step at a time, and slowly become a reliable prince. He tells him to learn from his friends first, before looking out for his enemies, and it is poignant advice after seeing a friend die in front of him. This flashback now connects to Zen becoming a great prince, and there are subtle hints about him planning something big in the future. This episode give glimpses of all the characters, as if the show is about to enter a promising story arc that involves all of them. Zen's plan might be the subject of the next story arc. 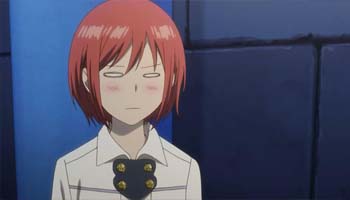 A drunken Shirayuki is absolutely adorable to watch as she is used as comic relief for this episode. It's cute to see her act silly considering she is usually portrayed as a strong and serious individual. For her to talk about how Zen is such an amazing person and how she hopes she can be as upstanding, is heartwarming to watch since a different side of Shirayuki is on display. 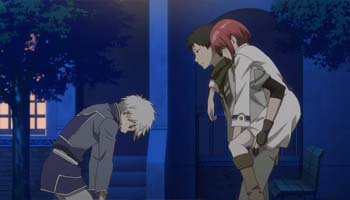 Obi seems to be in a unique position, since he is introduced as a potential partner for Shirayuki and a close confidant of Zen. He unintentionally becomes someone Shirayuki can lean to when she doubts herself, and his straightforward personality seems to mix well with Shirayuki's typically guarded persona. He asks questions that make Shirayuki think, and her answers are often too honest that she won't even let Zen hear them. Zen gives Obi the task of guarding Shirayuki because he trusts him. This is expressed more clearly when Zen personally gives him an official title of being his personal messenger. This gives him a reason to become closer to Shirayuki though, so it's interesting how Obi will handle the situation from here on out.

Fort Laxdo, a place Zen lost jurisdiction of when Izana took it away from him, might be something Zen will take back as his plan might involve helping the Fort. It'll certainly be a smart way to force Izana to realize that Zen has grown as an individual as well, when little brother is ready to go head to head with his big brother. 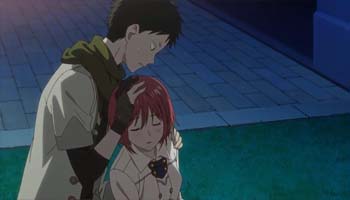 Obi and Shirayuki have wonderful chemistry. Obi might not want to get too close to Shirayuki, but one moment of weakness might change it all. Seeing more scenes of Obi catching Shirayuki, both literally and figuratively, is also exciting just thinking about it.