The Jewish population in Japan may be tiny (IT'S UNDER 9000!), but there's a long history of exchange between Jewish and Japanese culture. Here's some historical background and a list of stand-out Jewish characters in anime, manga, and light novels.

The History of Jews and Japan 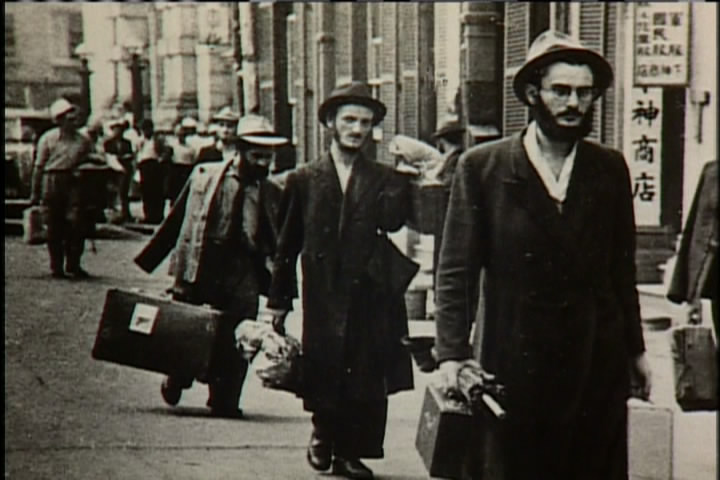 Judaism and Japan are two words you don't normally think of together (if you're not coming up a list of proper nouns beginning with the letter J, anyway). Japan's Jewish population numbers around 2000, only .0016% of the Japanese population, with just two synagogues in the whole country. Yet there's actually quite a bit of history regarding the relationship between Japan and the Jewish people.

When Japan opened up its borders to the outside world in 1853, Jews were among the many foreign settlers. Jewish communities developed in Yokohama and Nagasaki in the late 19th century, but following the Russo-Japanese War and the 1923 Kanto earthquake, Japan's Jewish population had centered itself primarily in Kobe (today, one of two cities in Japan with an active synagogue, the other being Tokyo). The Jews of Kobe came from many places but mainly from Russia; many of the original Kobe Jews were freed Russian prisoners from the 1905 Revolution. 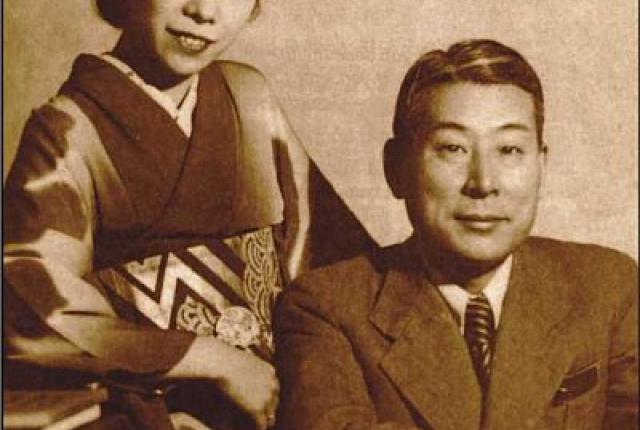 In the 1930s and '40s, Japan allied itself with the Nazis. For all the many horrific actions of Imperial Japan however, they were surprisingly not very anti-semitic considering their military alliances. The infamous Protocols of the Elders of Zion, an anti-semitic hoax document the Nazis used to promote conspiracy theories about Jews taking over the world, was published in Japan at this time, but the reaction was very different from in Europe: without the embedded traditional European Christian attitudes associating Jews with the Devil, the response of many Japanese leaders was more along the lines of "Hey, we wanna take over the world too! Let's get the Jews to help us!" Japan refused to enact policies of anti-semitic discrimination despite pressure from Germany, and the Japanese occupied quarter of Shanghai served as a refuge for some 15,000 Eastern European Jewish refugees. One Japanese man in particular, Chiune Sugihara, heroicly defied orders during World War II and rescued over 6,000 Jews from the Holocaust.

https://www.youtube.com/watch?v=uSOXZrLadS0
Today, the biggest influence of Jewish culture in Japan is in terms of music. In 1971, Fiddler on the Roof became extraordinarily popular in Japan. It would seem the play's themes of modernity clashing against TRA-DI-SHOOOOOOOOOOOOOOONNNNN have a particular resonance in Japan. An underground klezmer music scene has also developed in Japan, while Jewish music shows up in far more common places than you might expect. The Yiddish folk song "Dona Dona" shows up in everything from Slam Dunk to Stand Alone Complex and, most memorably, in that weird-ass cow episode of Utena. The Israeli dance "Mayim Mayim", meanwhile, is inexplicably remixed with almost any anime you can think of as a popular meme on NicoNico. 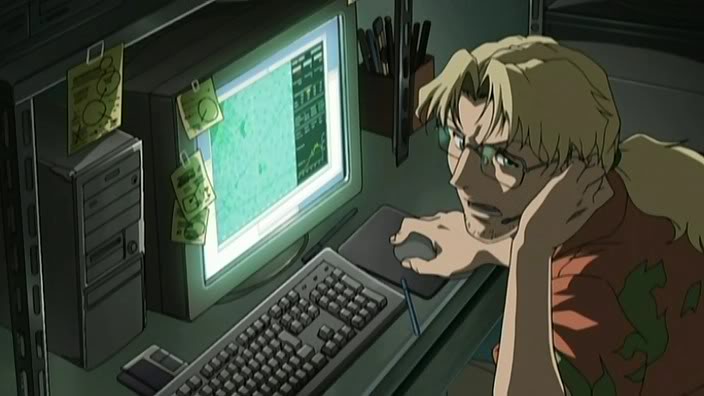 Almost no question that the Black Lagoon's resident hacker/mechanic is the best and and certainly the most significant canon Jewish character in anime. "F*ck the Nazis" is an excellent family motto. 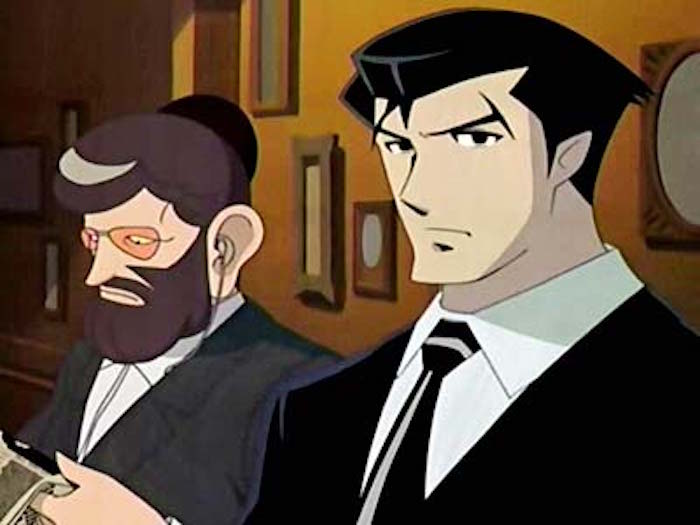 Spoiler alert: Roger Smith's yamulke-wearing informant is revealed in the final episode of Big O to be a robot, to which I say, I hope he had a wonderful Bot Mitzvah! 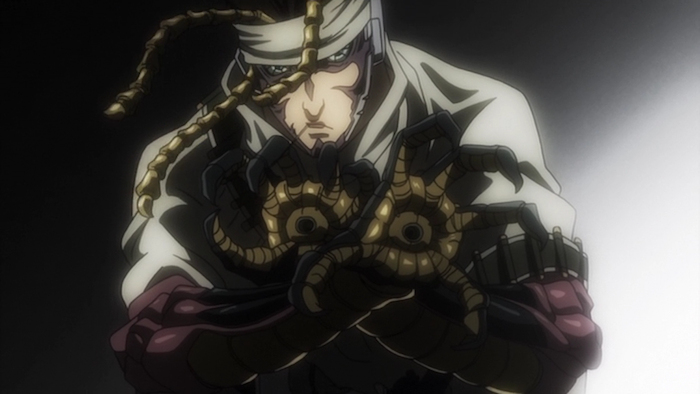 So the Israeli guy is half-bug and is the first to get eaten by the giant bugs who uncomfortably resemble racist depictions of black people. Moving on... 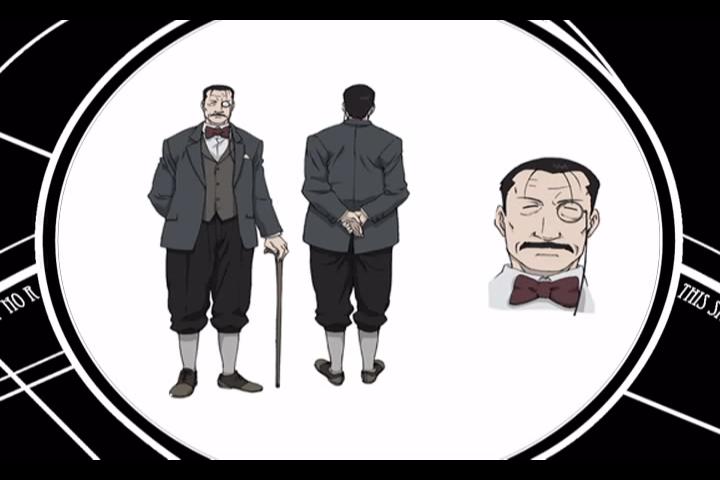 Most of the Jewish characters in anime tend to be actual historical figures. The half-Jewish filmmaker Fritz Lang makes a memorable appearance in the Fullmetal Alchemist movie. Ironically, in the movie he's a parallel universe incarnation of the man whose homunculus turns into the Fuhrer in the Elrics' home universe. 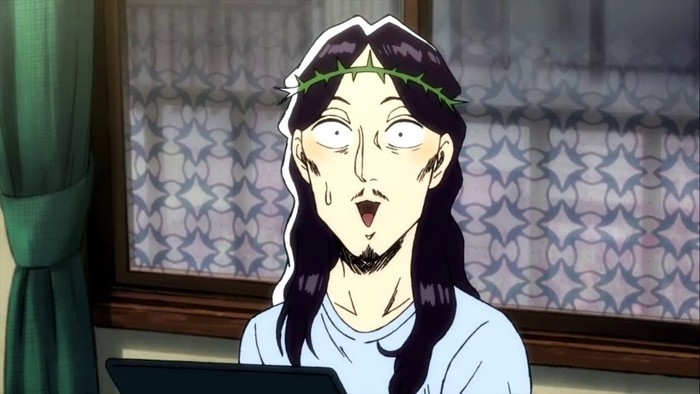 Can't forget Jesus! There's a number of Biblical anime out there, but Saint Young Men's charmingly irreverent portrayal of Jesus and Buddha as roomies definitely sticks out. 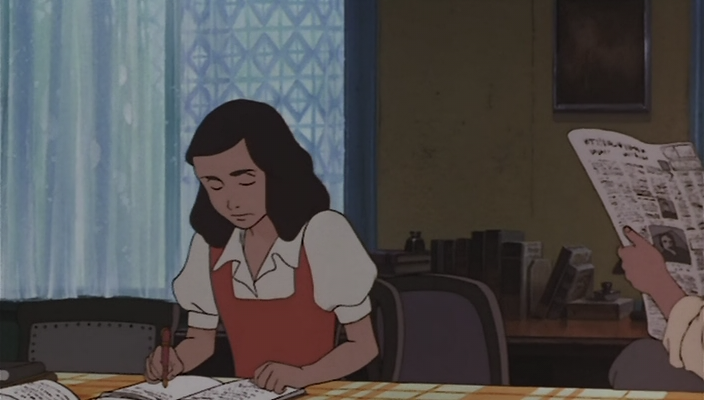 Yes, there's actually two anime movies based on Anne Frank's diary. Anne Frank's story seems to hold particular fascination in Japan. She also appears briefly as a magical girl in the final episode of Madoka Magica (you read that right).

We're speaking strictly manga-canon as opposed to actual history. Tezuka's manga about Adolf Hitler proposes that Hitler was part Jewish and his anti-semitism was a form of self-loathing. Needless to say, this isn't historically accurate.

https://www.youtube.com/watch?v=oDdr-1iOqag
Both the English and Japanese versions of Angel Cop are terrible in different ways. The English dub is just ridiculous. The Japanese version, meanwhile, is downright offensive, making its ultimate villains... the Jews (the official subtitles changed dialogue to avoid the plotpoint; see the video above for a comparison of "official" vs accurate subs). Weirdly enough, screenwriter Sho Aikawa later did FMA. 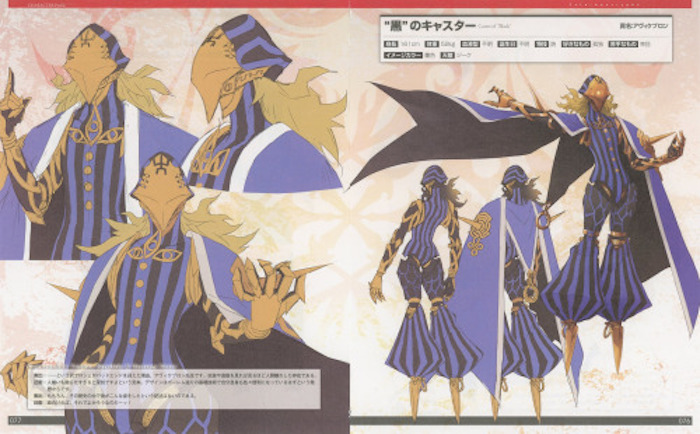 The Type-Moon-iverse bases its cast on historical figures. Caster of Black happens to be based on Solomon Ibn Gabriol, the founder of Kabbalah. He hasn't appeared in any animated versions yet, but we'll see where the giant Fate/ franchise goes in the future. 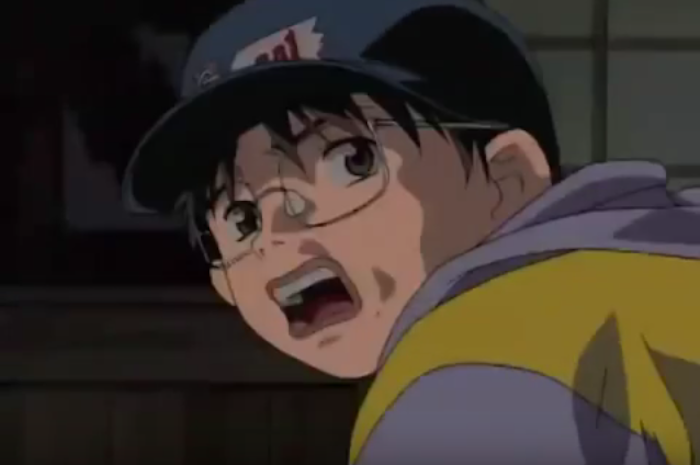 A number of anime characters aren't officially confirmed to be Jewish, but certain things about them ping off fans' Jew-dar. 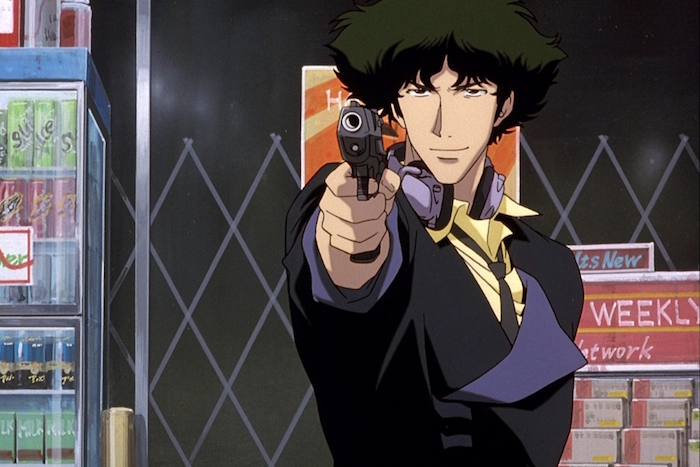 Jewfro, Jewish-sounding last name, carries an Israeli gun, partially inspired by Bob Dylan, and in response to the popularity of the fan theory, Shinichiro Watanabe's gone "sure, why not?" 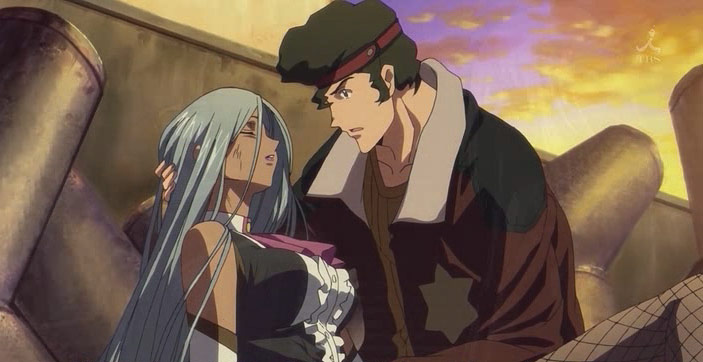 Given the fan nickname of "Jewgi" given his prominently displayed Star of David on his outfit (Stars of David do often appear in anime as a generic "magic" symbol, but this doesn't seem to be the case in Geass). 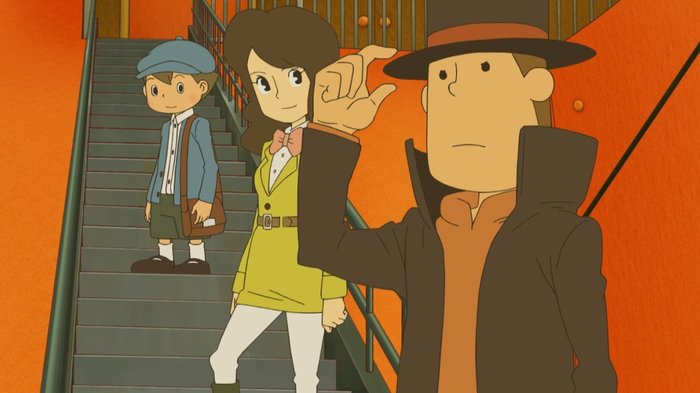 Herschel's not exactly a common name among Gentiles, especially in England. That hat could easily be a form of Orthodox modesty, and his studious intellectual pursuits would certainly make any Jewish mother proud. Gundam series have a lot of ambiguously Jewish-sounding characters. Louise Halevy in Gundam 00 is presumed to be Jewish given her traditional Sephardic name. In Double Zeta, a character literally named Judau fights a character named Haman (Haman being the name of the villain who tried to kill the Jews in the Biblical Book of Esther). And at least one TV Tropes editor has said Amuro in Char's Counterattack looks a lot like a Jewish lesbian (can you see it?). 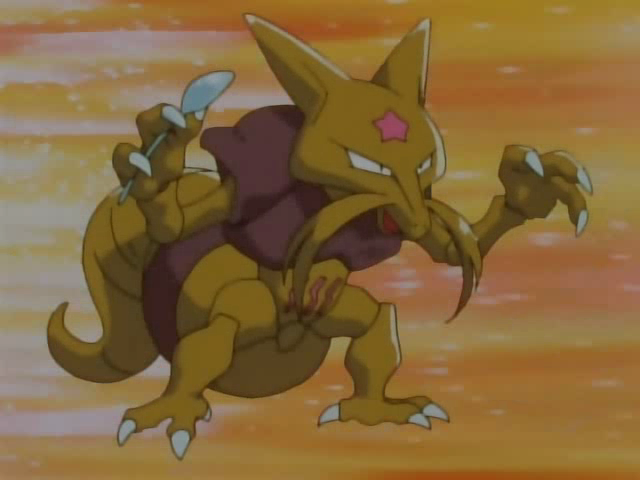 Kadabra is modeled after Jewish psychic Uri Geller (he actually sued Nintendo over the character). In addition, the legendary trio in Ruby/Saphire are modeled after creatures from Jewish mythology. And according to the nonsense ramblings of the Saudi Arabian government, ALL THE POKEMON ARE JEWISH PROPAGANDA!1!1!