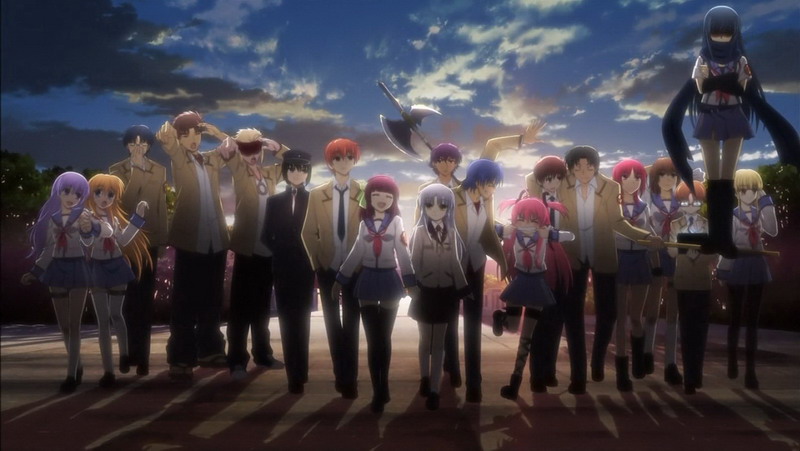 Anime and manga series set in high schools are nothing new, but how many are actually set in high schools that are located in the afterlife? Angel Beats! follows the story of Otonashi, the man who lost all of his memories after dying and gets dragged into a war between the Afterlife Battlefront and Angel, the student council president. The show was a hit with both critics and fans, and so it’s no wonder that it's got a number of awesome figures, some of which we are going to show you here today! 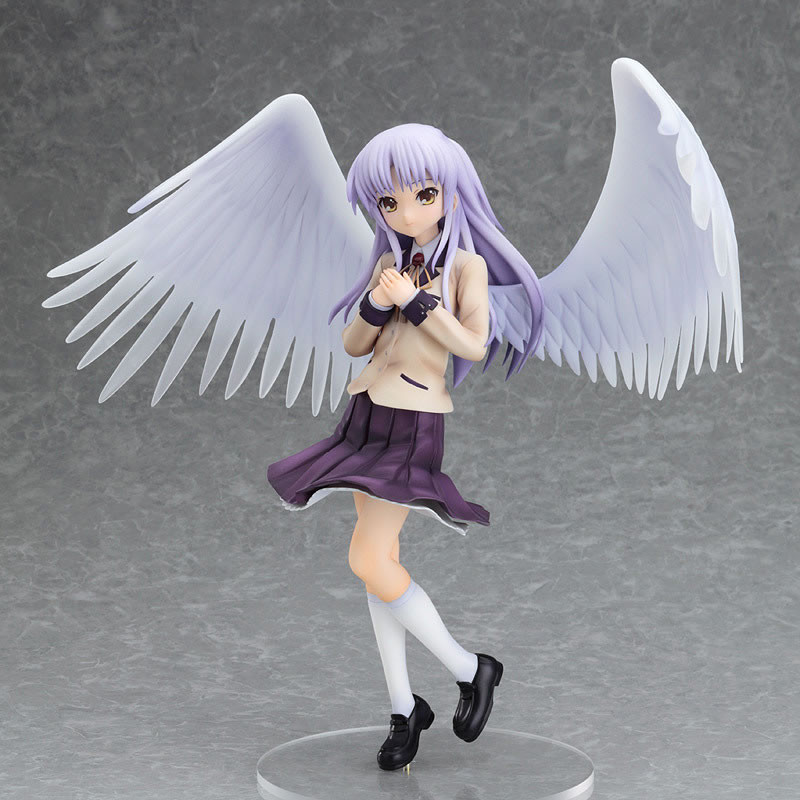 The charming student council president of the afterlife, Kanade Tachibana aka Tenshi, takes our opening spot with this charming figure from the Good Smile Company. This figure was released in June 2011. It is a pre-painted 1/8 scale PVC figure that stands 19 cm (7.48 inches) tall. Tenshi projects a warm and relaxing aura with her peaceful smile. This impression is further enhanced by her pose, where she is clasping her hands in front her. With this figure, the wings from the show’s 11th episode named 'Change the World' are included (they are detachable) so you are able to recreate the iconic moment right there on your shelf or desk. You can get this Sanjigen sculpted Tenshi figure for about 7,450 yen (~74 US dollars). 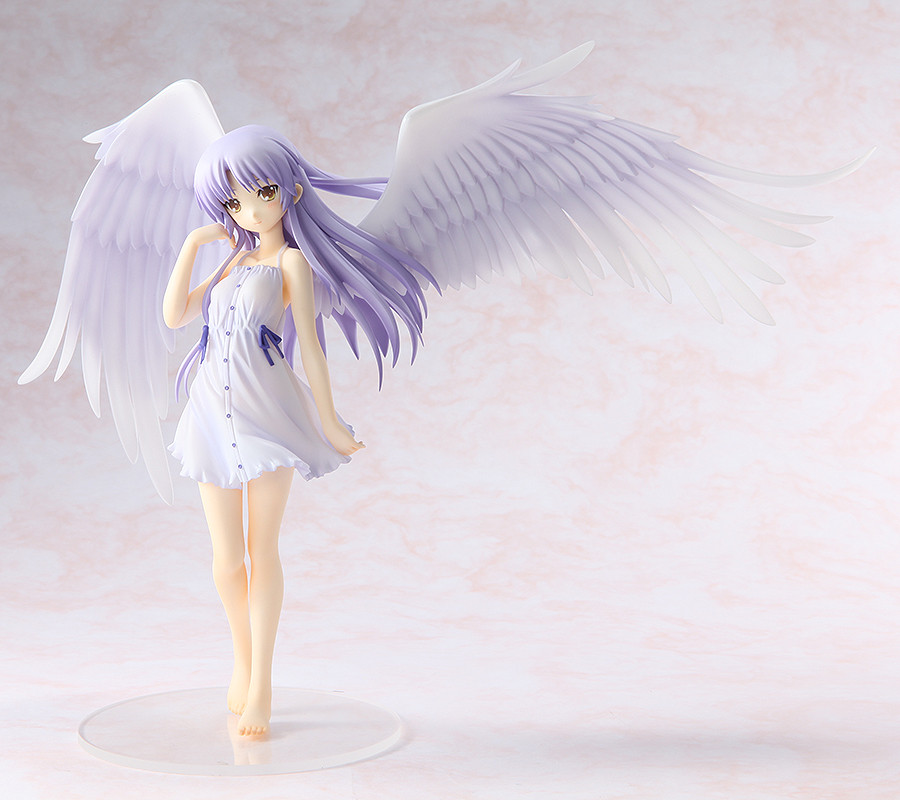 The Tenshi figure by the Good Smile Company takes yet another spot on our list and this time we have a figure specifically published to commemorate the release of the Angel Beats! Blu-ray BOX and PC game 'Angel Beats! -1st beat-'! This is a re-release of the Dengekiya figure released in Decembeer 2015! If that is not special enough for you, how about the fact that this figure is based on a special illustration by Katsuzo Hirata, the character designer and animation director for the 'Angel Beats!' anime series! The aforementioned illustration was brought to life by the sculptor Usagi. This Tenshi figure is a 1/8 scale, 20 cm (7.8 inches) tall pre-painted PVC figure. You can grab it for about 10,000 yen (~100 US dollars). 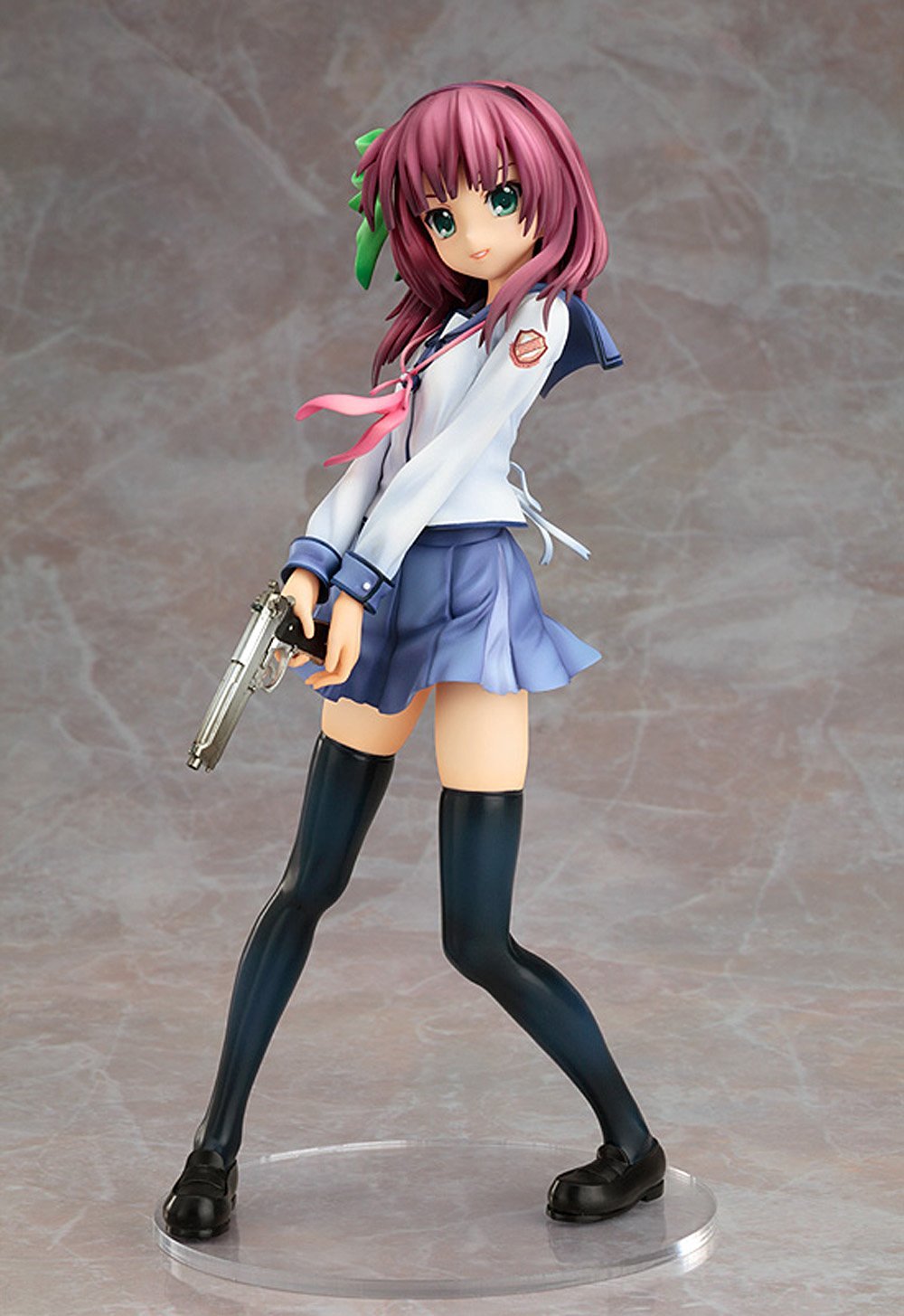 Next, we have a figure of Yuri, the leader of the SSS, the organization that rebels against God. This figure was released in April 2014 by the Good Smile Company. The figure, sculpted by Sanzigen, features a determined and confident Yuri with her gun pointing down. This pose is based on a key visual from the series. The 1/8 scale, 19.5 cm (7.61 inches) tall figure is pre-painted and made from PVC and it can be yours for about 10,270 yen (~102 US Dollars). 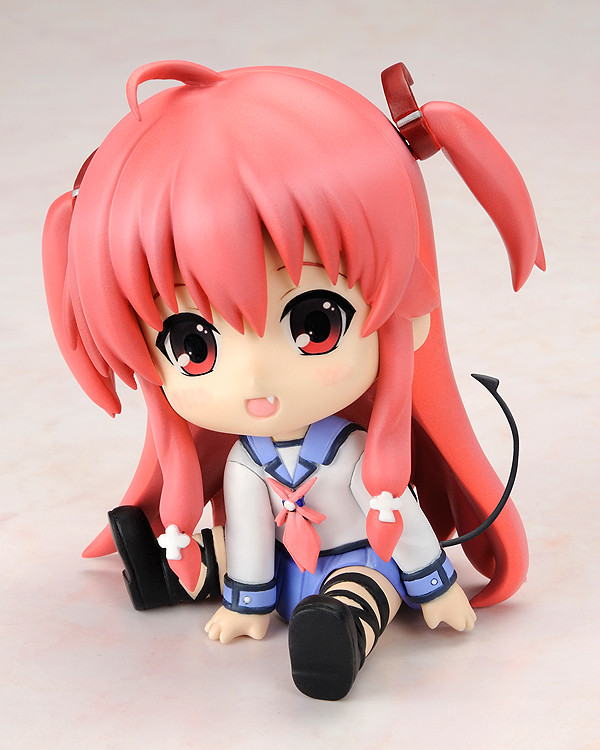 The Girls Dead Monster’s super fan turned vocalist, Yui, has the honor of taking the penultimate spot on our list this week. The figure of Yui was manufactured by Penguin Parade and this specific figure is a part of their Petanko line. In case you are wondering, Petanko line features chibi characters, large enough to fit in the palm of your hand, in the line’s characteristic cute pose. Yui was released in July 2013 and she was sculpted by Tomohiro Murakami. This is a pre-painted non-scale PVC figure that is approximately 7 cm (2.75 inches) tall. To get Yui to be a part of your collection you will need around 11,920 (~118 US dollars). 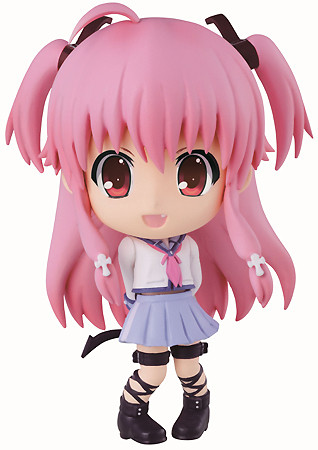 And so we have come to our top spot which belongs to a Ichiban Kuji 2012 exclusive Yui figure. The figure comes from Banpresto and it was only available during their Ichiban Kuji lottery event in June 2012. This adorable figure of Yui was sculpted by Toitekku, who managed to capture Yui in all of her chibi glory. This figure sure is tiny with its height of 6.5 cm (2.54 inches) but that only contributes to its charm. You can acquire this rare PVC Yui figure for only about 19,080 yen (~180 US dollars).

Angel Beats! is still loved by countless fans, and we hope we managed to show you some figures that will find a way into your collection.