You know in the anime Monster we spend multiple episodes diving back into Johan Liebert's past to discover why he's so evil? We do this with Izaya in this episode of Durarara!!x2 Ten. Yes I did compare Izaya to the most evil anime character ever. 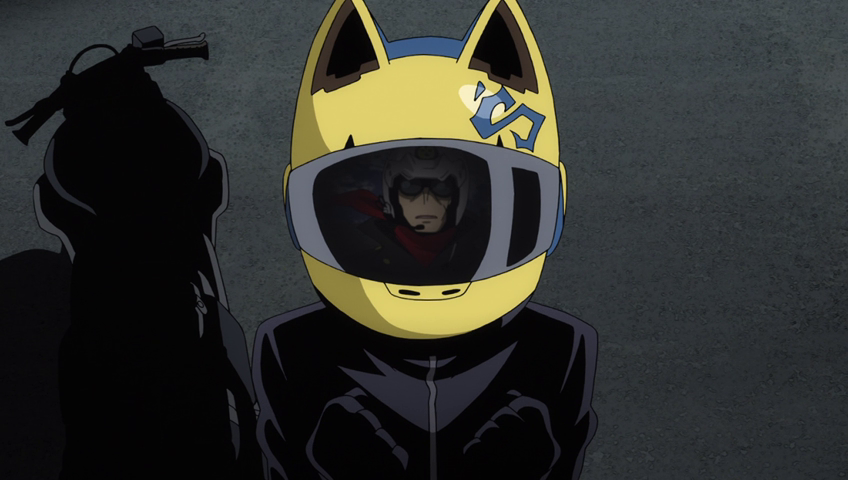 In this week's Durarara episode, the Celty vs Police storyline finally sees some development! My favourite of the smallest of subplots in this storied franchise got some focus as Celty attempted to reason with her pursuers. After evidently spending some time online researching the legality of using different modes of transportation within Japan, she takes a new approach and stops to speak with the police officers about her perceived wrongdoings. Horses don't need headlights and therefore her transforming stallion shouldn't be subjected to the same rules as motorbikes. Wham, bam and checkmate from our headless heroine. See, procrastinating on the internet does have its benefits. 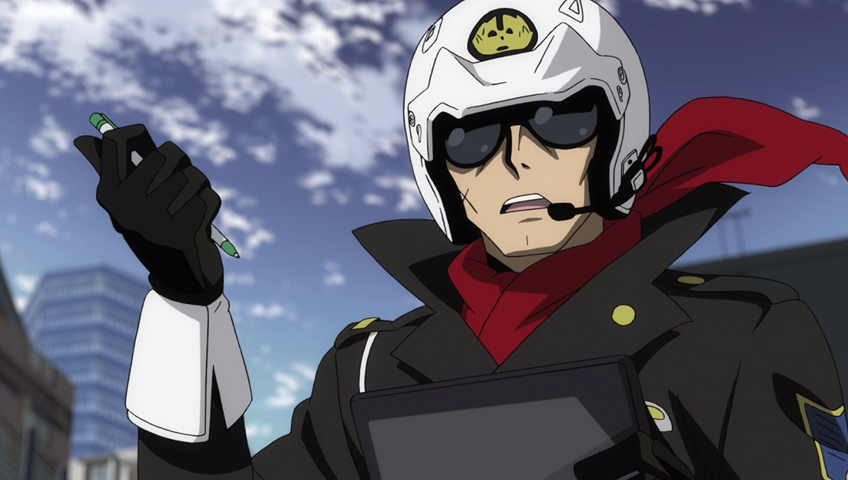 However the fearsome officer was not about to be swayed from his duties by this hitherto unseen knowledge in traffic legal affairs by his prey, for he is a master of his art. With a swift jab of his tongue he swatted aside to protestations of this headless Irish fairy with legal prowess of his own, pointing out a horse was subjected to the same speed limits as all wheeled vehicles. As a fellow Irish person, I can sympathise with Celty on this front. In Ireland horses are not bound by the speed limit and it's not uncommon to see horses with roller blades racing through town centers as drug dealers use this legal loophole to escape their pursuers. I think so anyway, I haven't lived in Ireland for almost 6 years now. 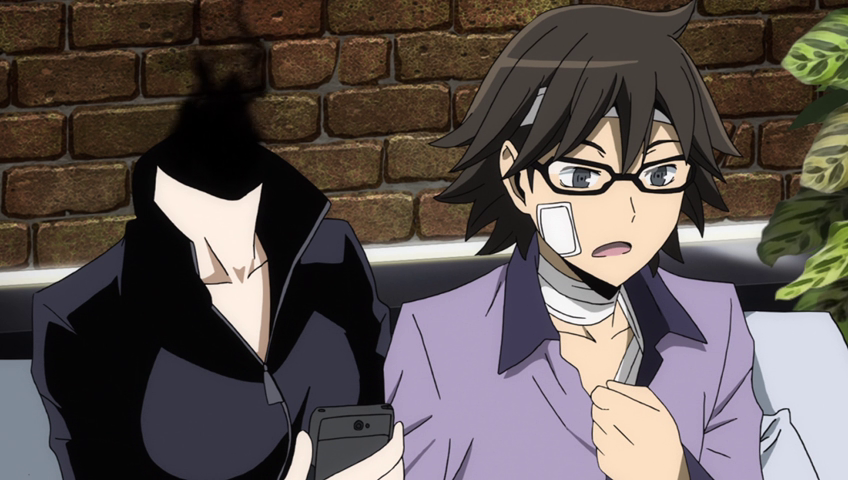 Nonsense about Celty's ongoing battle with the police aside, the episode was mostly just Shinra boring his girlfriend half to sleep by telling her what sort of shenanigans he used to get up to as a teenager. Setting up clubs, dreaming about falling in love with zombies, setting up illegal baseball gambling rings, and getting stabbed by people intent on showing Izaya who's boss. You know, just your usual teenage boy frolics. Shinra's little speech about falling in love with a creature with no pulse felt a bit overly specific to me. I was half expecting him to start saying lines like "and what if she had no head, I would still fall in love with her then". I think that conversation with Izaya never happened and that was just Shinra attempting to garner some affection from Celty by showing he was always into the idea of falling in love with headless Irish fairies. He does have a history of lying to Celty to get her affection after all, so it wouldn't surprise me. 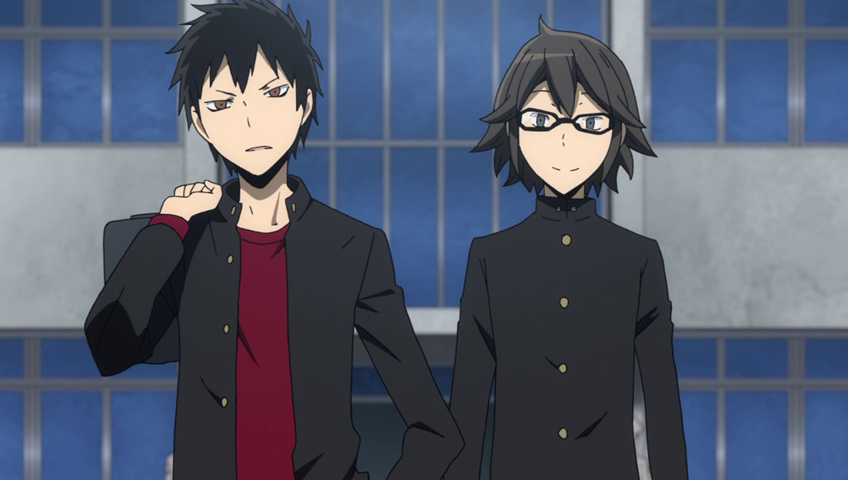 As for Izaya, he was obviously just as much of a scary, controlling individual as a teenager as he is now. But it is interesting to consider that he might actually have things called friends, even if he has a funny way of showing it. His actions towards the guy who stabbed Shinra as a teenager were to basically torment him his entire young adult life. I would bet the poor guy knew nothing of the actions of the two groups supposedly under his control. Izaya was probably manipulating both groups so they would gain an influence and put their leaders in direct confrontation with the local yakuza. Izaya has a funny way of showing his affection. We all know he wants to get inside Shizuo's pants after all but all he can do to get his attention is to annoy the living hell out of him. You know the old line about how when a young boy likes a girl he pulls her pigtails so he gets her attention? If that was Izaya he wouldn't pull her pigtails. He would get the other girls to dislike her and have them chop off all her hair so then she would notice him.