Tsuri Baka Nisshi is a peculiar anime series that follows a pencil-pusher named Hamazaki Densuke (Hama-chan). Hama-chan is a salaryman with no real ambition. The only thing Hama-chan is passionate about is fishing; resulting in his supervisor dubbing him the "Fishing Baka".

While Hama-chan gets no respect from work, he ends up befriending an older fisherman named Su-san, who reveals himself to be the CEO of the construction company Hama-chan works for. The series focuses on the two as they discuss life in and outside the cubicle, while fishing their cares away. 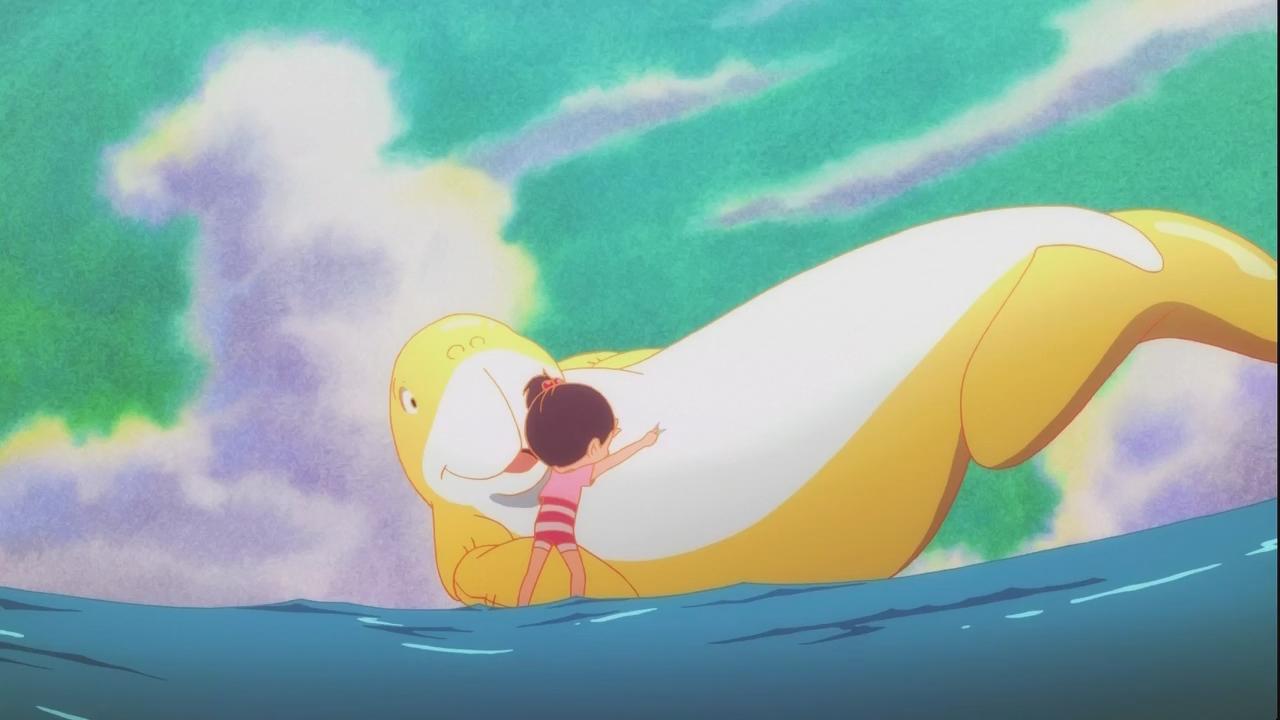 Produced as one of the four anime projects of the "2011 Young Animator Training Project," Puka Puka Juju tells the story of a young girl named Mika who only wants to go to the beach with her father. Unfortunately for her, Mika's father is always preoccupied with work and suffers from Thalassophobia: a fear of the sea.

Disappointed by another canceled play date to the beach, Mika is quickly cheered up when her inflatable manatee Juju comes to life and takes her on an adventure. 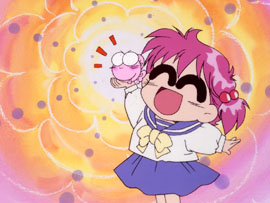 Kingyo Chuuihou! is your typical riches to rags then back to riches story featuring a snobby blonde girl, farm animals, and a pink goldfish. When her wealthy father dies, the spoiled Chitose Fujinomiya is only left with sadness and countless debt, which leads to her being transferred out of her super elite school and put into a public school inhabited by lower-class students and roaming animals.

All she has left of her father is a pink goldfish named Gyopi that's apparently worth a fortune. With a price tag on his head, Gyopi becomes the target of kidnapping by Chitose's family attorney. Fortunately for Chitose, her new classmates come to her aid, including an athletic and beloved girl named Wapiko who can outrun almost anything. 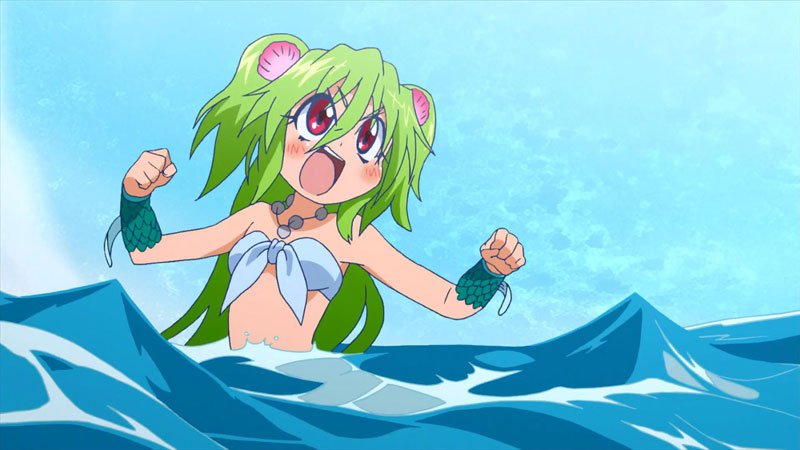 A wacky and risque comedy about a young angler fishing up a beauty. A deranged beauty, but a beauty nonetheless. Namiuchigiwa no Muromi-san is about a lonely teenager named Mukoujima Takurou who reels in a beautiful mermaid during one of his fishing trips.

The mermaid's name is Muromi-san and despite her youthful look, naivety, and outbursts of crazy, she's a legendary sea creature. A bond is formed between the two, and Mukoujima's life - for better or worse - will never be mundane again. 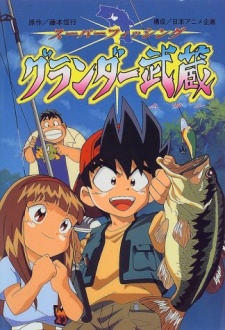 Thirsting for a more traditional fishing anime? Super Fishing Grander Musashi delivers with its tale of a young boy named Musashi who - against his own will - moves with his father from big city Tokyo to a small village in the countryside.

Despite being unhappy with his new home, Musashi becomes fascinated by lure fishing after witnessing a man catch a bass with only a decoy fish. After hearing his grandfather was a grand champion of bass fishing, Musashi takes up the sport and becomes quite skilled at it.

While he enjoys bass fishing, Musashin main goal is to use it to lead him closer to his mother, who vanished from his life three years ago. On top of being entertaining, Super Fishing Grander Musashi is also educational in lecturing the audience on fishing techniques. 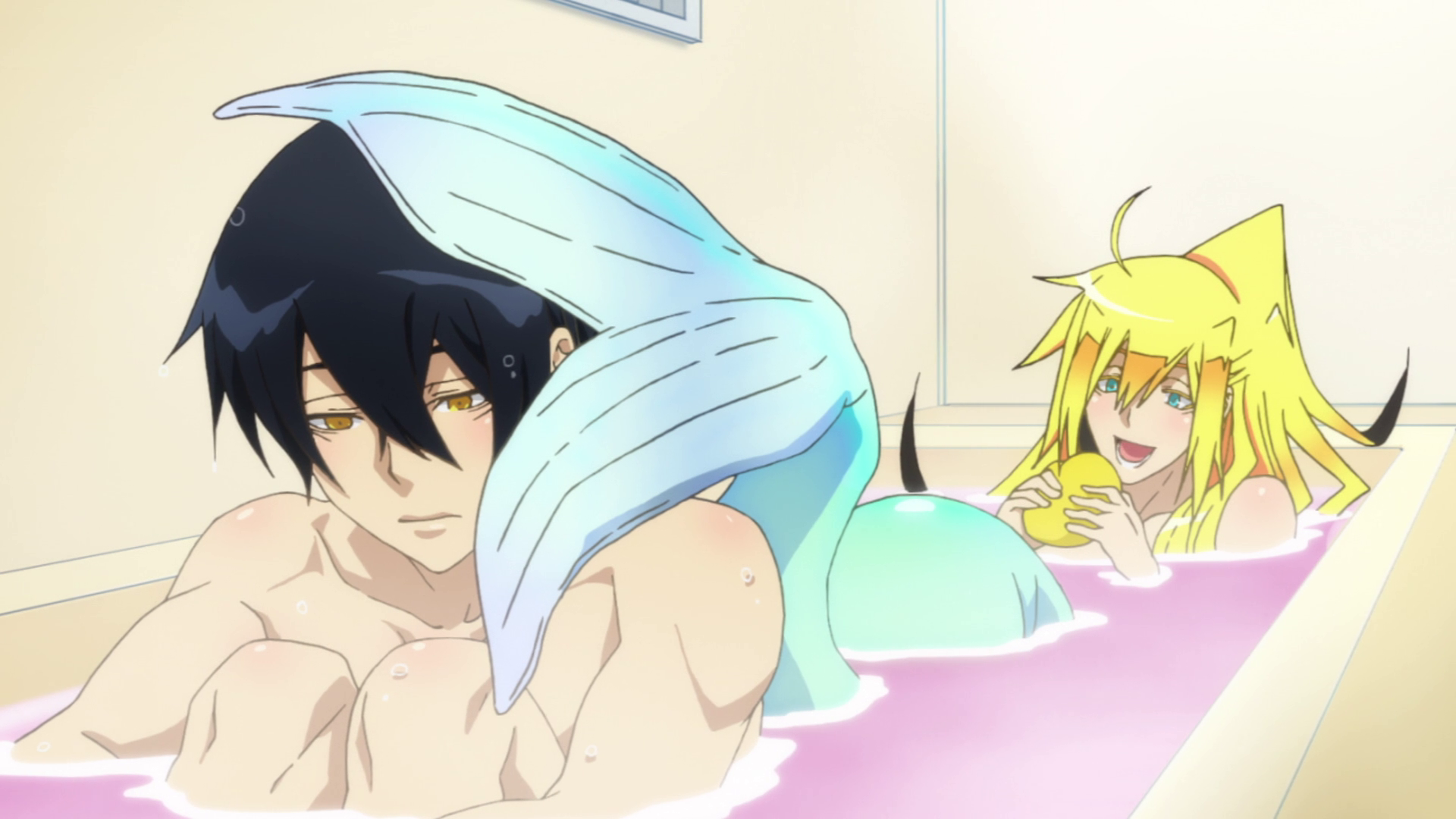 Another mermaid-ish anime that should interest shojo lovers. Orenchi no Furo Jijou is an animated comedy about a high school boy named Tatsumi and a handsome merman named Wakasa. Wakasa's home at the lake has become heavily polluted, leaving him ill and with no place to call home. Tatsumi offers him his clean bathtub as a place to rest, which Wakasa graciously accepts.

The two become roommates with a dynamic reminiscent of The Odd Couple. Being based on a four-panel comedy manga, the anime is all about the gags that come from these two surreal lives. 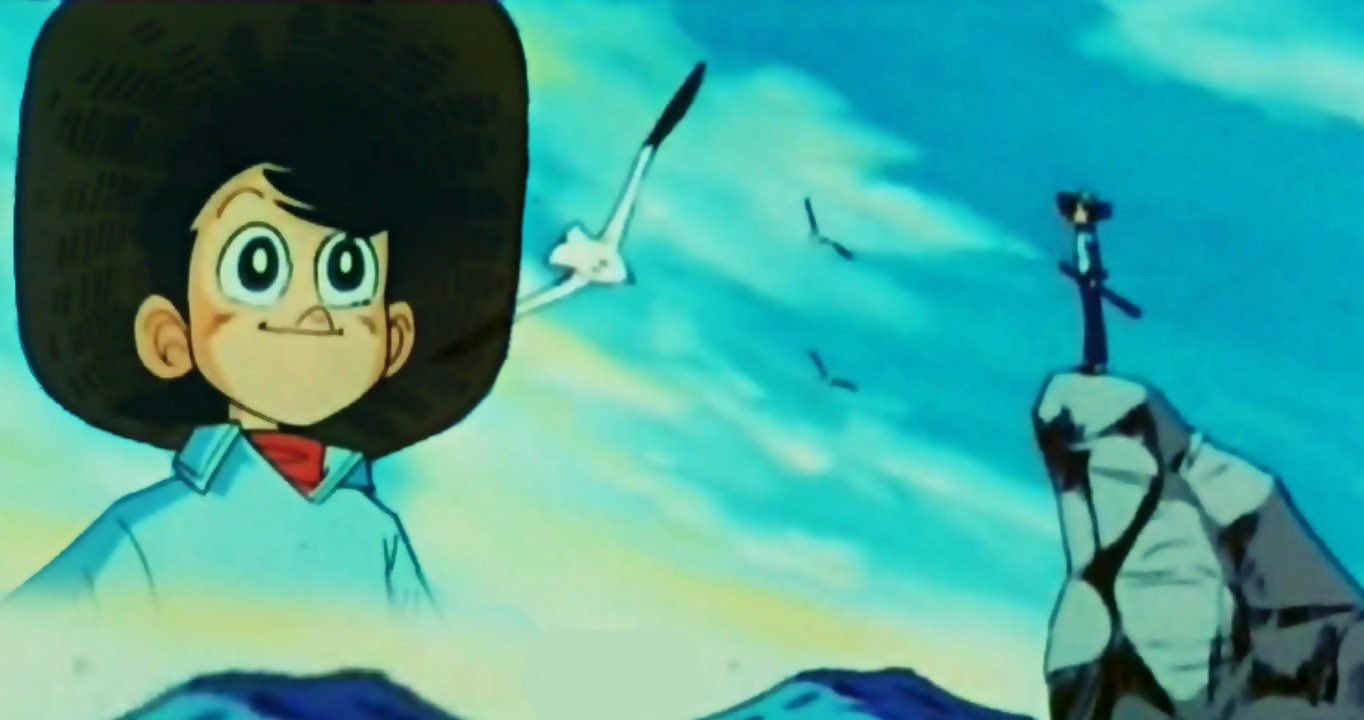 With over 100 episodes under its belt, Tsurikichi Sanpei is a down-to-earth fishing anime that shares the same rural atmosphere of Super Fishing Grander Musashi, without the missing mother subplot to spice things up. Tsurikichi Sanpei is a young boy that's cheerful most of the time, but serious when it comes to fishing.

He's not the most experienced fisherman, but his first-rate sense towards the sport gives him the edge over his competitors. He competes in various fishing challenges provided by his village and the beautiful natural habitat surrounding it. 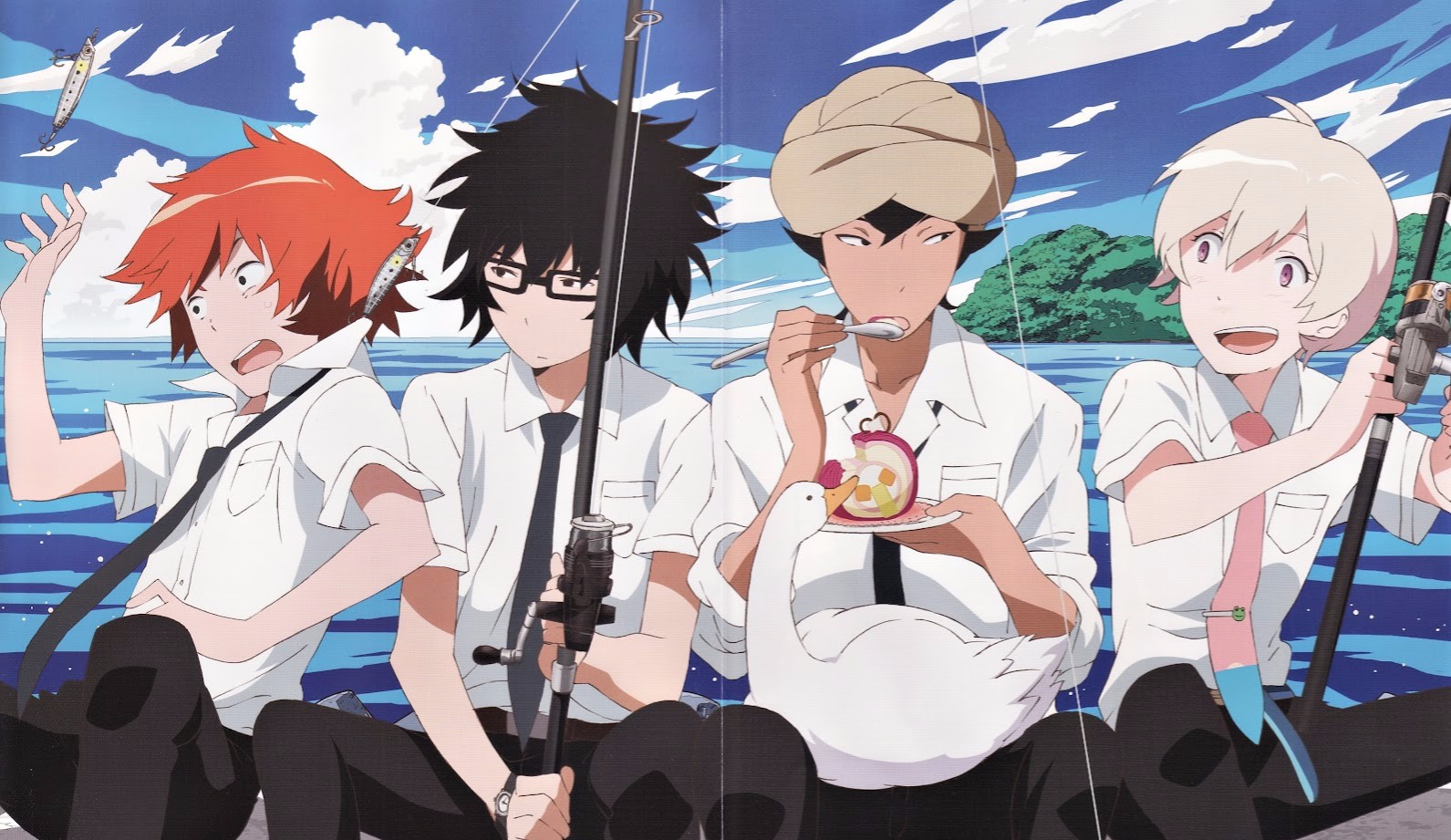 A bizarre, yet, endearing show. Tsuritama is about a socially awkward young man named Yuki Sanada, who is always on the go because of his grandmother's job. He's never able to form any lasting relationships with anyone and his fear of social interactions always get the best of him.

However, all that changes when Yuki is introduced to a transfer student named Haru. Haru wields a water gun and fish bowl and believes he is an alien from outer space. Despite some resistance from Yuki, Haru latches on to him and the two later entangle a fisherman named Natsuki Usami into their unbelievable journey.

Gake no Ue no Ponyo 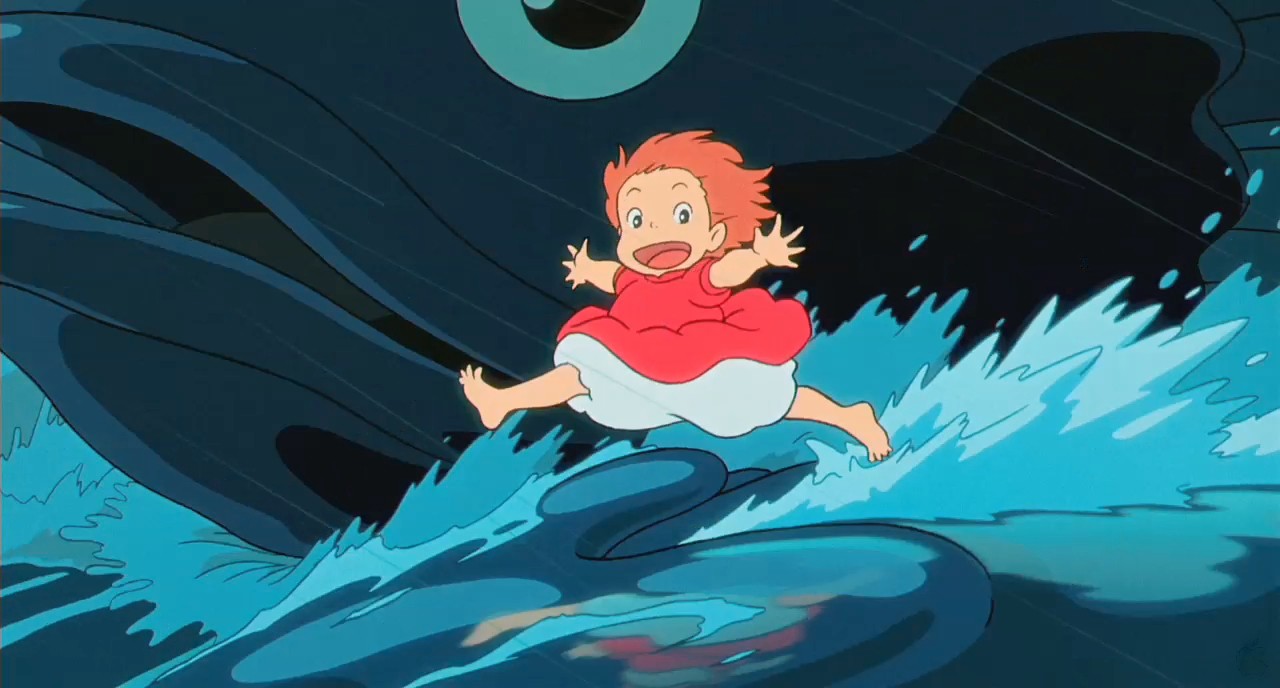 Gake no Ue no Ponyo is another charming animated movie from Studio Ghibli that exemplifies the warmness and surreality of childhood. The film is about a young boy named Sousuke who discovers a magical goldfish that wants to be human. The goldfish's name is Ponyo and she's able to do incredible things out of her love for her newfound friend Sousuke.

As with all Ghibli films, Gake no Ue no Ponyo is beautifully animated and strikes on the right heart chords. 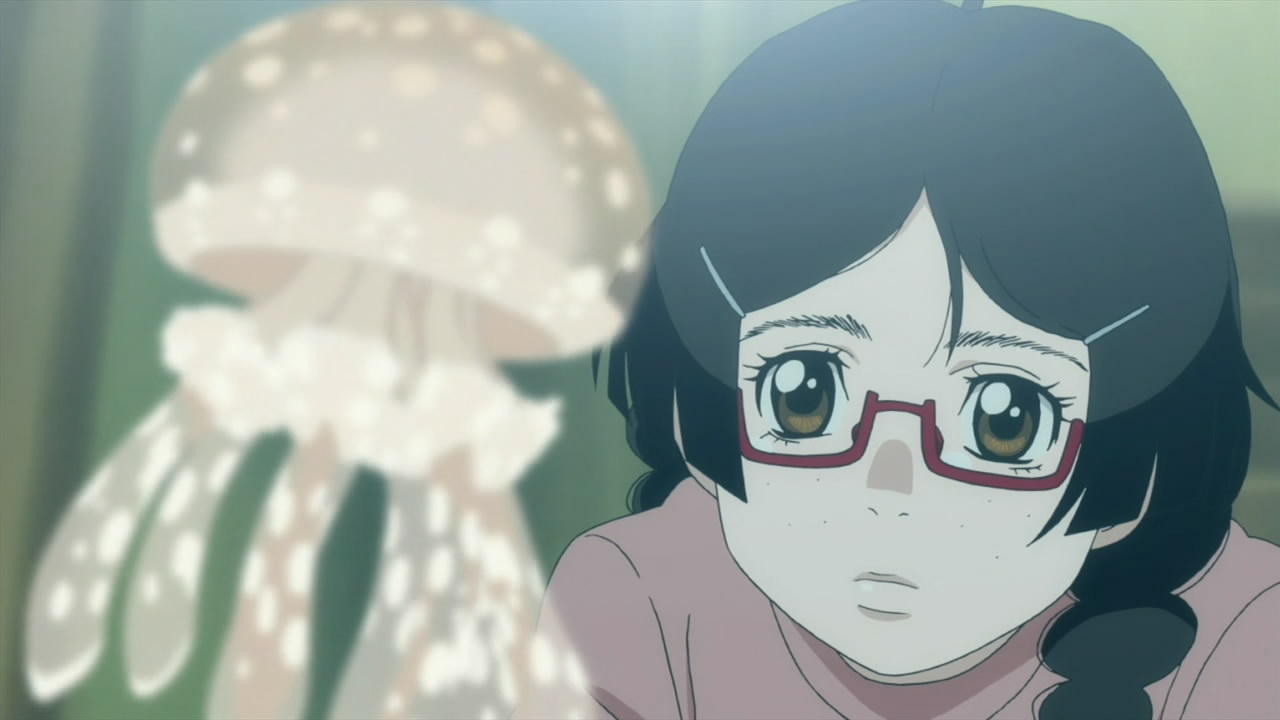 A critically-acclaimed josei series that deals with social anxiety, social stigmatism, and popularity. Kuragehime is about an 18-year old otaku named Tsukimi Kurashita that has a somewhat obsessive love of jellyfish. After witnessing a local pet show mistreating jellyfish, Tsukimi becomes upset and attempts to speak up about it, only to succumb to her social anxieties. However, a beautiful woman named Kuranosuke Koibuchi takes up the charge and the two begin an unusual friendship.

Kuranosuke is everything Tsukimi is not and desires to be, but she later discovers there's more to Kuranosuke than meets the eye. With the help of Kuranosuke, Tsukimi learns to overcome her self-doubt and strive for her dreams of becoming a designer.