Park the Enterprise and power down the X-Wing because our anime spaceships are coming in for a landing. These ships may not be blowing up Death Stars or battling the Borg Cube but they are each taking mankind (and sometimes also aliens) where they have never gone before.

Exploring the Final Frontier In Style

Science fiction is filled with a lot of crazy ideas, but very few are as well known as the spaceship. Almost every series that takes place off of Earth uses some form of spacecraft as the primary mode of interplanetary travel. While people may not recognize the names of these anime spaceships as well as the Millennium Falcon, each and every one of them is iconic in their own right.

Get ready for blast-off with our Top 15 Anime Spaceships

White Base from Mobile Suit Gundam 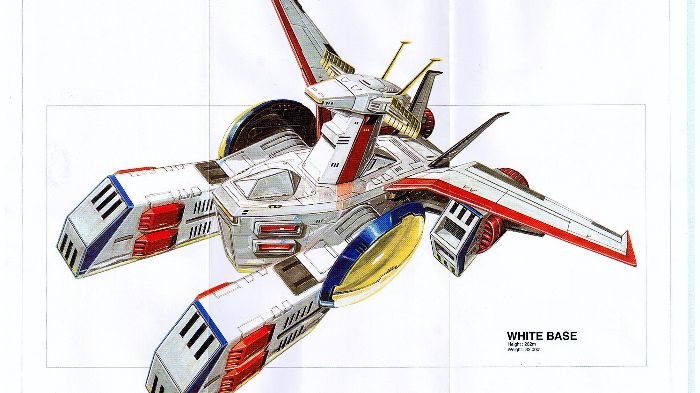 The White Base is one of the most iconic anime spaceships of all time. As the ship used by the protagonists of the original Mobile Suit Gundam, the White Base saw plenty of action throughout the One Year War. Equipped with the ability to maneuver through the atmosphere, space, and even underwater, White Base’s systems are further supplemented by its accompanying mobile suits, particularly the Gundam.

The Bebop from Cowboy Bebop 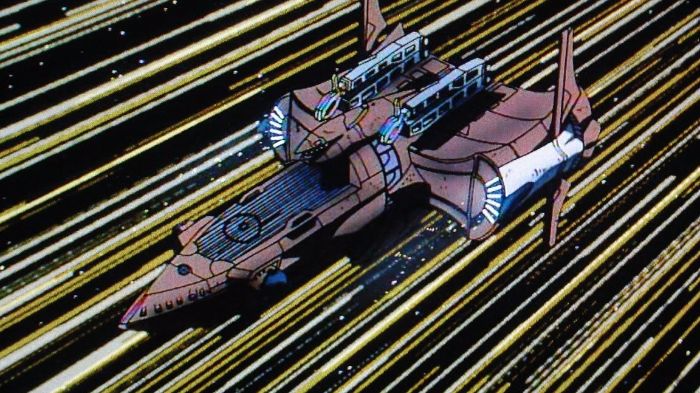 The Bebop began life as a fishing transport but was later purchased and upgraded with an improved communication system and more powerful engines by the bounty hunter Jet Black in his travels throughout the solar system. Each member of the Bebop’s crew has their own quarters within the ship and the Bebop also contains general housing facilities, such as a kitchen and a living room. 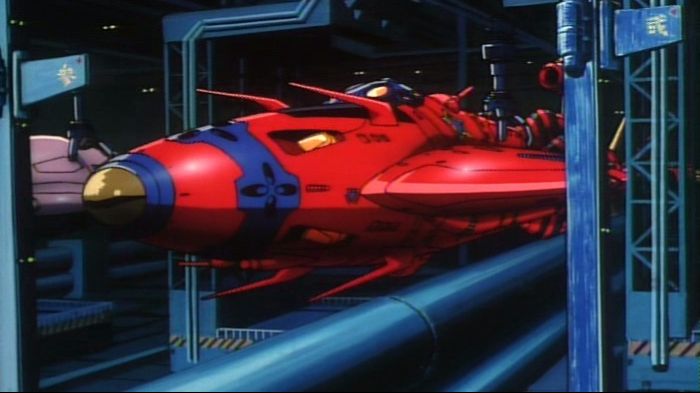 One of the more unusual anime spaceships, the Outlaw Star is what is known as a “grappler ship”. In combat, a pair of giant robotic arms unfolds from the bottom of the ship. These grappler arms can be used for hand-to-hand combat or to wield a variety of melee weapons and even guns. The Outlaw Star is also strange in that it utilizes an android named Melfina as a navigation system. 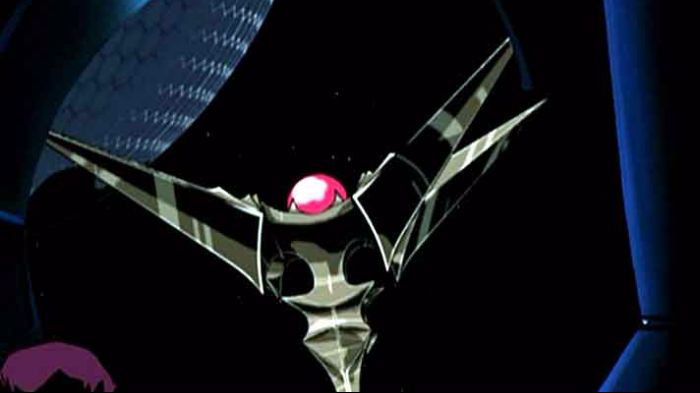 Ryo-Ohki is truly unique among anime spaceships because she is not just a spaceship. While she possesses the ability to transform into a sleek black vessel that travels the stars and can fire laser beams, Ryo-Ohki spends most of her time as a small fluffy creature that looks like a mix between a cat and a rabbit that loves to eat carrots by the dozen. 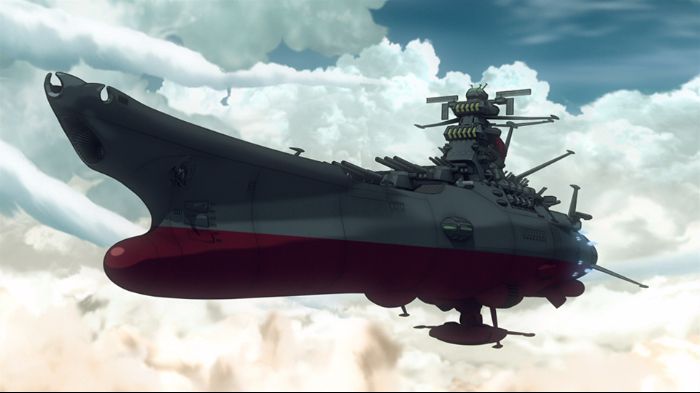 During World War II, the Yamato served as the leading ship of the Yamato-class vessels as well as the flagship of the Japanese Combined Fleet. The heaviest ship ever constructed, she was eventually sunk during the Battle of Okinawa. The spaceship Yamato was built from the remains of the original water-faring vessel and soon became humanity’s best hope after Earth was ravaged by alien invaders. 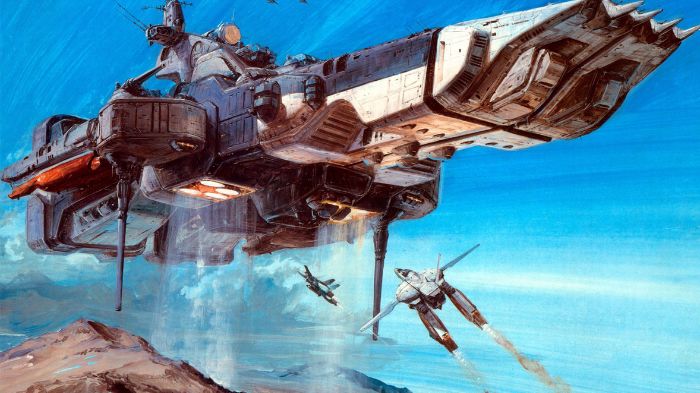 The titular Macross is unique for our anime spaceship list because it is both a ship and a mecha. Constructed from the wreckage of a crashed alien vessel, the Macross soon became instrumental in helping the people of Earth battle against alien invaders. While the ship can function as a cruiser, it also possesses the ability to transform into a humanoid mecha form for combat.

Exelion from Top wo Nerae! Gunbuster 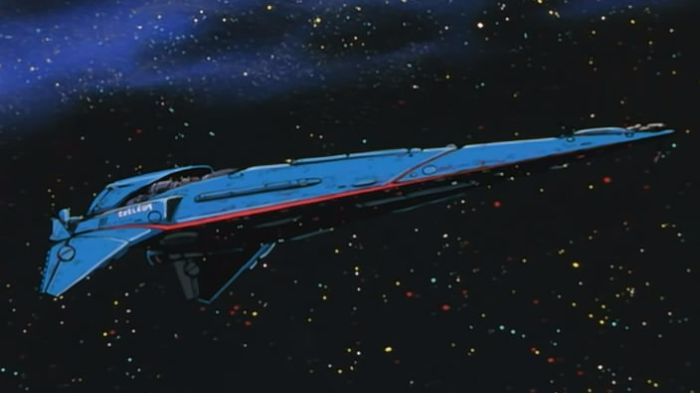 When a race of giant, uncreatively named extraterrestrial creatures called Space Monsters threaten the Earth, humanity scrambles to defend itself. One of the first spaceships built to that end is the Exelion, a massive warship capable of carrying hundreds of fighters and mecha suits into combat. While the Exelion is later outclassed by larger and more modern ships, it continues to play a pivotal role throughout the war.

Hyperion from Ginga Eiyuu Densetsu (Legend of the Galactic Heroes) 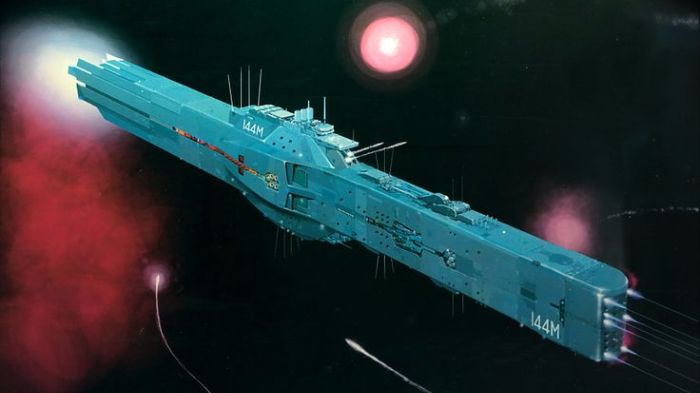 The Hyperion started life as the powerful flagship of the Free Planets Alliance in their war against the Galactic Empire. The ship was renowned throughout its military career for the ability to make it through battles with no damage. Armed with more than 100 cannons facing just about every direction as well as two dozen support fighters, saying that the Hyperion is a force to be reckoned with is a definite understatement. 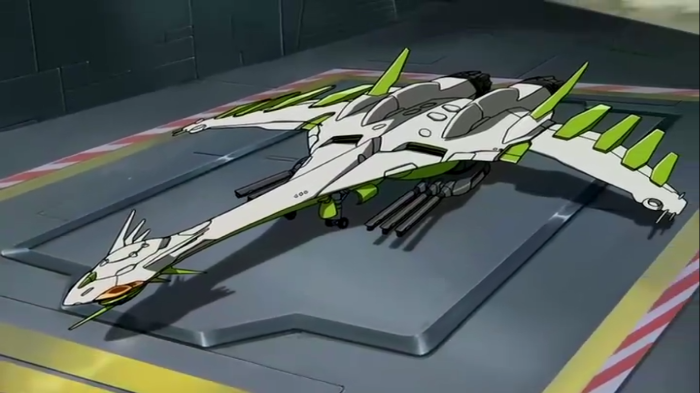 The Gekko is a one-of-a-kind prototype ship, designed as a powerful military vessel. Equipped with six massive cannons, three under each wing, as well as an array of missiles, the Gekko is definitely on the more heavily armed side of most anime spaceships. As a military ship it is also equipped with other features that a fighting force may need, such as large food stores and an extensive medical facility. 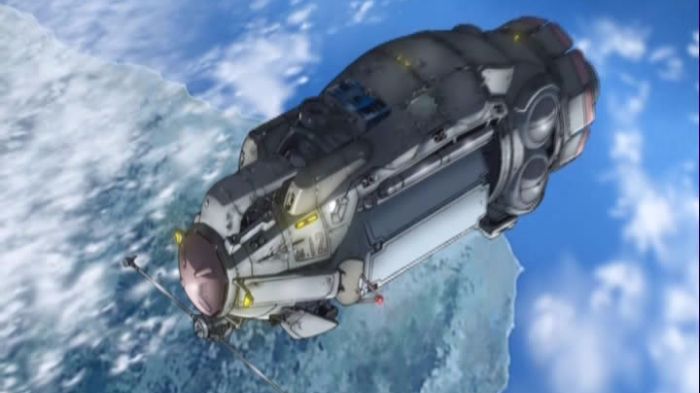 If there was ever an anime spaceship that screamed “civilian vessel”, it would be the Toy Box. This thing is like an anime equivalent of the Serenity from Firefly; it has no guns and is more of a floating metal box than anything else. The ship was designed as a debris collector, built to recover defunct satellites and other garbage that have been left in Earth’s orbit as scrap metal. 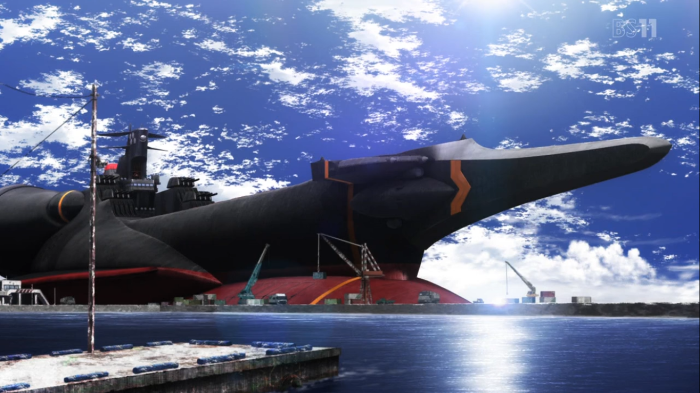 While the Deucalion is an Earth vessel, it was built around alien technology that was originally discovered on Mars. This power source is known as an Aldnoah Drive and effectively acts as a limitless power source, although only individuals with a certain genetic marker can activate it. Equipped with cannons, missiles, and anti-air guns, it is also equipped to launch Kataphrakts (mecha) into combat. 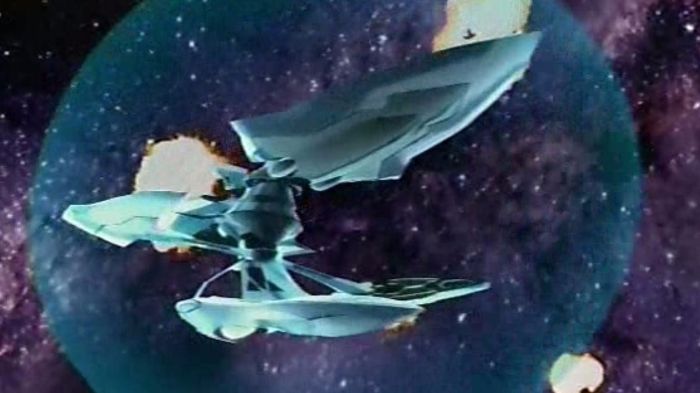 Originally named Ikazuchi, the Nirvana was born when Ikazuchi and an unnamed pirate ship were fused together after a trip through a wormhole. What this ship’s weapons do not have in quantity, they make up for in quality. The Nirvana’s dual turrets carry a massive amount of firepower with the ability to raze enemy forces while leaving allies unharmed through an auto-targeting system. 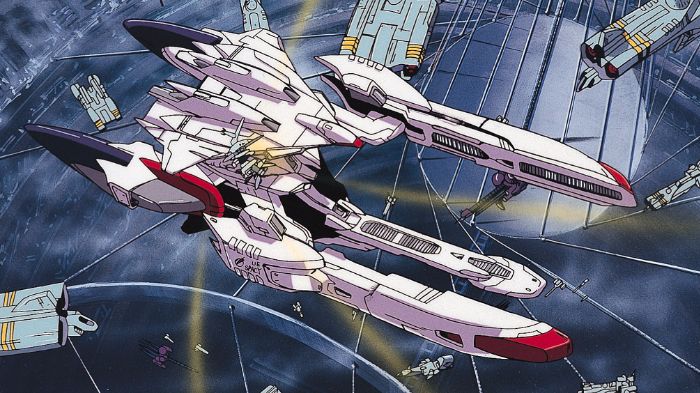 In another tale of “man finds super advanced technology on Mars”, the Nadesico was built by an arms company after Earth’s military forces got the stuffing kicked out of them by alien invaders. Piloted by an unusual crew of civilians, this ship harvests energy from a “para-space-time dimension” to power its engines, fire its cannon, and do just about anything else you image a butt-kicking anime spaceship to be capable of.

Sidonia from Sidonia no Kishi (Knights of Sidonia) 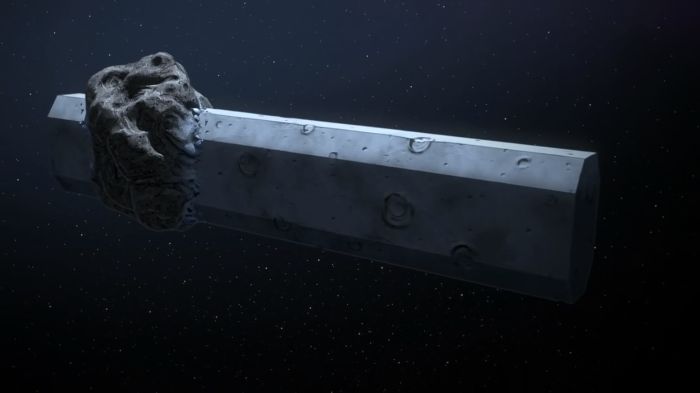 When an alien race called the Guana decided that all life on Earth would make excellent hors d'oeuvre, humanity began building Seed Ships to escape to the stars. Eventually the ships lost contact with each other, making the Sidonia the last known bastion of humanity in the universe. Designed as much for sustainability as military survival, humanity has been genetically modified to conduct photosynthesis and every bit of organic matter within the ship is…ah-hem, “recycled” (somebody pass the Soylent Green). 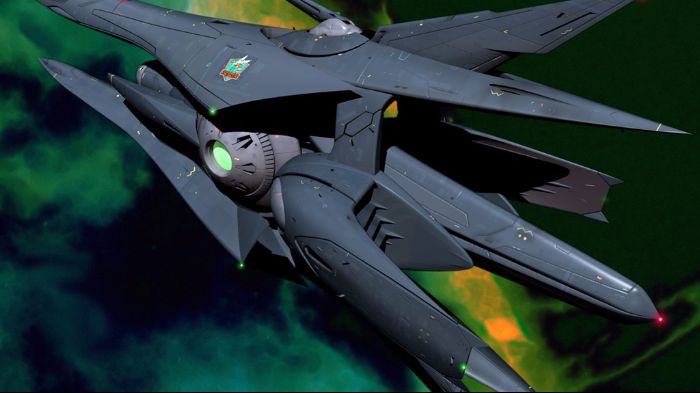 The Basroil (also called the Basrogrh) is a Roil-class ship used by the Empire of Abh. A small ship with weak armor and shields compared to other vessels, the Basroil works best with other ships at its side. Under the command of Abriel Lafiel the ship was extremely successful throughout its military career.