Tomboy: a girl who enjoys things that people think are more suited to boys (Merriam-Webster). Certain things are often associated with men in our culture, from playing sports to fighting in wars. While these social stigmas have begun to fade in recent times, they are not entirely gone. These ladies prove that girls can do things just as well as the boys in almost any scenario. 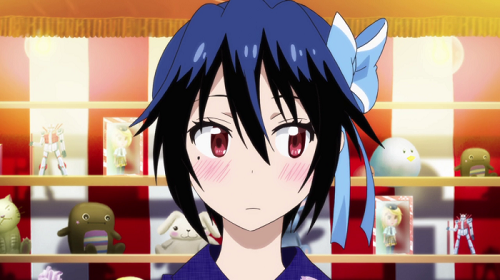 As masculine as she is aggressive, Seishiro is a hitwoman trained by the Bee Hive Gang who was originally thought to be a boy. Like most other members of the Bee Hive Gang, she is very loyal to the organization. Her skill as a hitwoman has left her highly skilled with firearms and in hand-to-hand combat following more than a full decade of training, despite her young age.

Seishiro is a serious person that mainly disregards outward emotions, although she does have a small feminine side that comes out when she is forced to play the role of a traditional girl to complete missions.

From: Code Geass: Lelouch of the Rebellion 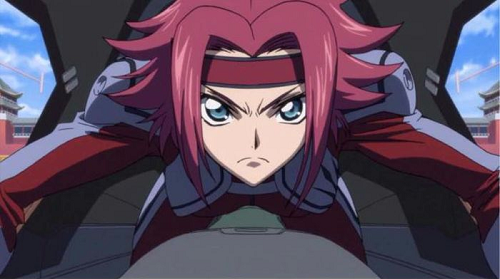 The ace pilot of the Japanese resistance movement against Britannia, Kallen’s fiery red hair is one of the deadest giveaways of her attitude. Headstrong, short-tempered, and impulsive, her tough as nails attitude makes it hard for anyone, man or woman, to keep up with her.

In her civilian life, she hides her true self behind the false identity of a mild-mannered, quiet girl to conceal her activities in the resistance. Over the course of the series she goes from an untrusting rebel to a true warrior who fights for her sense of justice - a true soldier willing to lay down her own life for the people around her. 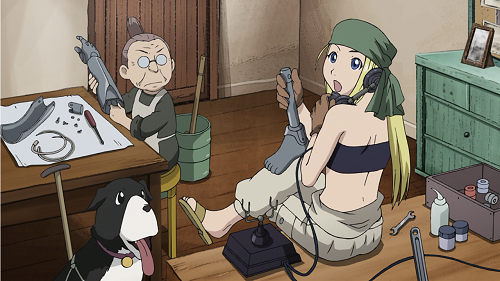 The childhood friend of the Elric brothers, Winry is a mechanical genius who could make just about anything given a wrench and a few pieces of scrap metal. Along with being a grease monkey, her mannish side tends to come out most frequently whenever Ed says something stupid. At which point, her wrench will leave the worktable and find its way to Ed’s face at high velocity.

While she does constantly injure Ed with these blows to the head, she also helped to heal him by building and maintaining his mechanical arm and leg. And despite her headstrong attitude, Winry has a big heart and endeavors to take care of the people around her. 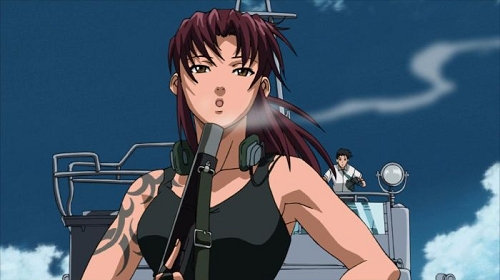 A woman of Chinese-American descent, Revy is just as likely to laugh with you as to find your joke unamusing and put a gun in your mouth. The “shoot first and ask questions later” type, Revy is a bloodthirsty monster in combat who will gun down anyone, including non-combatants.

Her life has been full of psychological trauma that shaped her into the woman she is today, but it is hard to be sympathetic for someone who might blow your brains out for no other reason than sheer boredom. But if you do manage to stay on her good side, Revy is definitely the person that you want next to you in a foxhole. 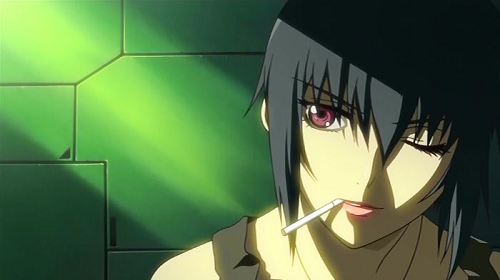 Another Chinese-American as well as a former member of the Marines, Melissa’s hobbies include smoking heavily, insulting other people with foul language, and drinking entire cases of beer. Part of her time in the Marine Corps was spent as a drill instructor and she once gave a friend a “training manual” that included quotes from the movie Full Metal Jacket; both of these facts go a long way in describing Melissa as a person.

An expert in rapid-firing small arms, Melissa can also fight fairly well in a large mecha called an Arm Slave. 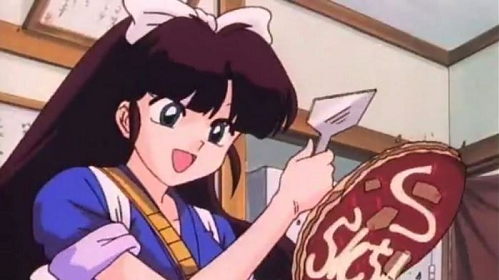 Ukyo first met Ranma when both children were 6-years old and the two fought and trained together every day. Throughout that time until their childhood parting, Ranma never realized that Ukyo was a girl. While still at a fairly young age, Ukyo swore off her feminine side to focus all of her efforts on becoming the world’s greatest okonomiyaki (Japanese pancake) chef.

Despite focusing largely on cooking, Ukyo continued to train as a fighter and even incorporated her love of cooking into her fighting style. Most notably, she wields a giant spatula in place of a traditional weapon. Other combat techniques show her fighting like a ninja, such as using a bag of flour as a smokescreen and using giant fried noodles as ropes to bind opponents. 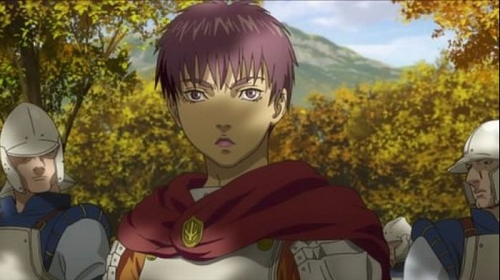 The lead female character in Berserk, Casca is one of the highest ranking members of the Band of the Hawk. As one of the mercenary group’s leaders, she is also one of their greatest fighters. Often struggling past stigma’s placed on her for being a woman, Casca has proved to more than one enemy soldier that her gender makes her no less of a fighter (often via a sword in the gut).

Among the Band of the Hawk, she has nothing but respect from her fellow mercenaries, who value her leadership skills and would follow her into Hell and back if need be. 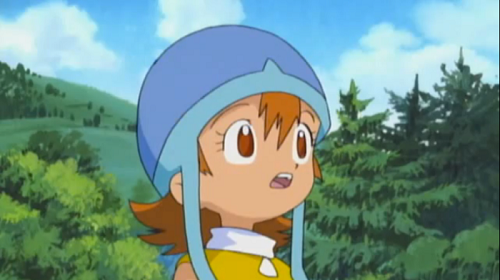 A kind-hearted and protective person, Sora is in many ways the opposite of her friend Mimi, who is the girly-girl of their group. She usually dresses like a boy and loves to play sports, not being afraid to get dirty. But behind this exterior lies an uncertain girl who feels unloved and has a practically non-existent sense of self-worth.

Over the course of her adventures, Sora comes to realize that she is very much loved by her friends and family. She even becomes the bearer of the Crest of Love and was not able to draw out its power until she realized how to give and receive love herself. 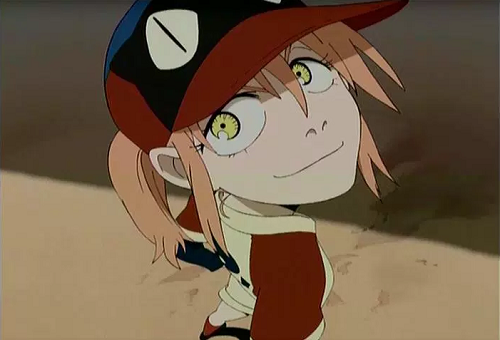 Three words that describe Haruko: unpredictable, hyperactive, and violent. An alien representative from the Galactic Space Patrol Brotherhood, Haruko makes a first impression on Naota by running him over with a Vespa and hitting him on the head with a guitar.

Her words tend to make as little sense as her actions but she does have a reason for being on Earth, even if it may not be a legitimate one. 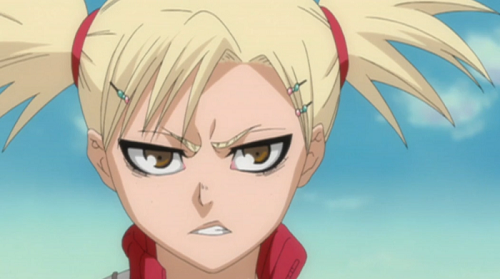 “Big things come in small packages” is a great way of describing Hiyori’s temper. Not much taller than a child, if her fuse was any shorter it would be non-existent. Her friend Shinji is usually on the short end of her outbursts, frequently being punched, kicked, smacked, or otherwise abused.

These violent bouts extend to her personality as well. Hiyori is extremely rude to virtually every person she ever meets, usually referring to other people as “dumbass” instead of their names.