The more specialized corners of Japanese cuisine are explored in this week's Shokugeki no Souma, which is very much a preliminary episode in more ways than one. 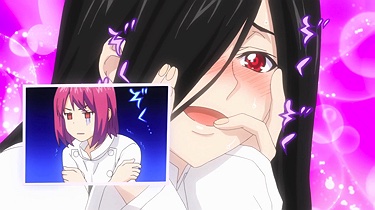 As fate would have it, a nasty stomach bug chose to strike me just at the time this week's Shokugeki no Souma was released. It's not rocket science that this series probably isn't the ideal viewing material for when one is wracked with a combination of nausea and an unpleasant hunger they're too skittish to try and slake by eating, but look at it this way - if Souma can win you over in that situation, it's pretty much bullet-proof. 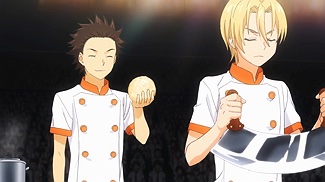 And it did - though I confess, as delicious as the food looked my mouth didn't water nearly as much as usual (must be dehydration). The Fall Election preliminaries are now in full swing, though in truth "full swing" is a relative term here. There's a brief check-in with Souma at the start of the episode - he's got something special going with pectin and starch-heavy produce, producing something akin to a curry risotto - but it seems obvious we're going to see a slow build from the fringe battles to the main events. 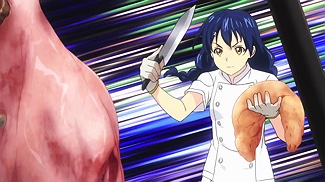 Indeed, though these preliminaries are not head-to-head battles like the shokugeki, in dramatic terms the series is clearly presenting them that way. And the first is between Erina's brown-nosing secretary Hisako and her stalker, Nao. And they're quite the opposites - the "Boiling Witch" looks and sounds for all the world like she fell out of a middle-school production of Macbeth, while Hisako is all prim and composed junior corporate. 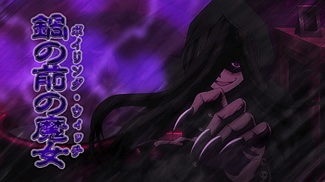 Nao's dish is a memorable one - a noodle curry made from Kusaya, a fermented fish food product so vile it makes natto seem like an approachable taste treat. But despite a smell so noxious it nearly brings in a hazmat team, once the stick-up-the-fundament judges (five of them, scoring on a 20-point scale) get a taste (Sendawara Orie is the first bold enough to bite the bullet) they're forced to confront the fact that it has a certain umami magic (basically, it's a bondage curry), and it scores a whopping 84 points - the first the panel has even given more than 40. 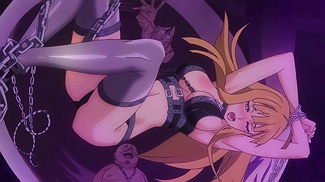 Fortunately for Erina, Hiskao has the answer - her dish is a healing wonder built on a quartet of four medicinal herbs, and the judges are so giddy from their explosive burst of health that the score soars all the way to 91. Nao is thoroughly defeated, but Hisako may be the real loser here as it seems her dish was so good that Nao is transferring her stalker impulse to her. 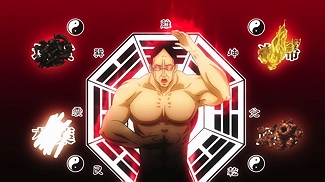 As for the next battle, it would seem to be the Aldini brothers - and it'll be interesting to see if Isami has been playing possum all this time (he seems for the first time to genuinely want to defeat his brother). But Megumi's battle is surely soon to follow - she makes quite an impression here butchering a monkfish in the traditional method (who knew it was such a big deal). The question is who will she be symbolically paired off against? It could be a Polaris throw-down with Yuki (the result would be a foregone conclusion) but it could also be the Chinatown chef Houjou, who's been set off against Megumi a couple of times already in this arc. 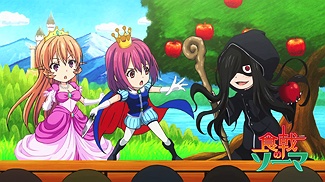 If one cares to look well down the road to what will almost surely be the final matchup of the preliminaries, it's interesting to speculate on who Souma-kun himself might face off against. His foil in this arc has been Hayama, but he's basically a new character - though as I don't see it being Ryou, the only other option would really be a no-suspense battle with one of the second-tier Polaris kids, so my money is on Hayama. But it's also on that still being a few episodes down the road, so not much point in focusing on it yet.