Who doesn't love birds? Complete monsters, that's who! So if you're not a complete monster, you might be interested in looking at this writer's list of some of the best manga and anime birds, right? Time to bird up!

Birds. They're beautiful creatures, the descendants of dinosaurs, and the best political commentators. Here at MyAnimeList, we wish to celebrate our fine feathered friends and their outstanding representatives in the world of anime and manga with our completely scientific and authoritative (by which we mean arbitrary and opinionated) ranking. The manga and anime birds are a pretty kick-ass bunch, so let's get going and take flight (apologies to numbers 5 and 1 on the list, who are flightless birds)! 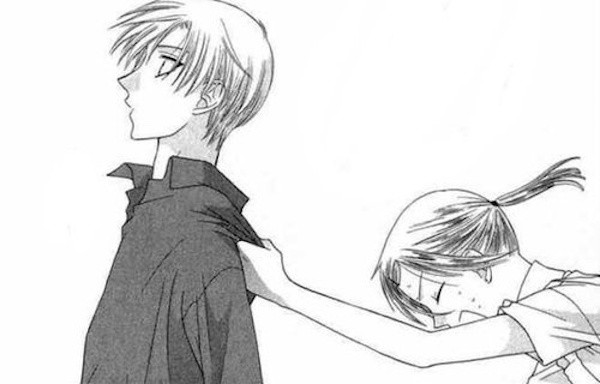 Kureno, "the rooster," is one of the nicer characters in the Sohma family. So why doesn't he make our top 10 manga and anime birds list? BECAUSE HE STOPPED BEING A BIRD BY THE TIME HE WAS INTRODUCED! Yep, when we meet him in the manga (he doesn't appear in the anime) he's already been cured of the Sohma family curse that in the past made him turn into a bird when hugged by a member of the opposite sex. Sure, it's great for him that he's now capable of normal human relationships outside of the mess of the Sohma family. But he's still a TRAITOR to the BIRD LIFE! 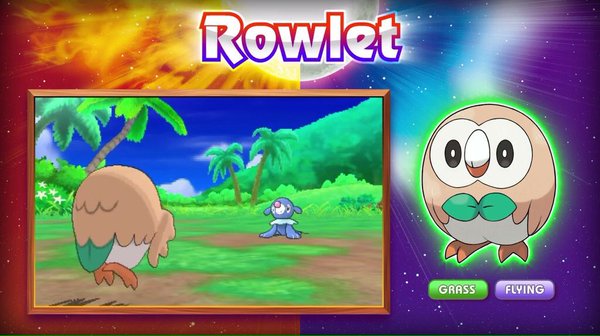 Rowlet isn't a manga or anime bird yet, but he will be. The upcoming Sun and Moon games will inevitably inspire yet another Pokemon anime series, and Rowlet will inevitably be the best Pokemon. The whole internet's already in love with the little guy, and how could they not be? Just look at that cute tiny owl! 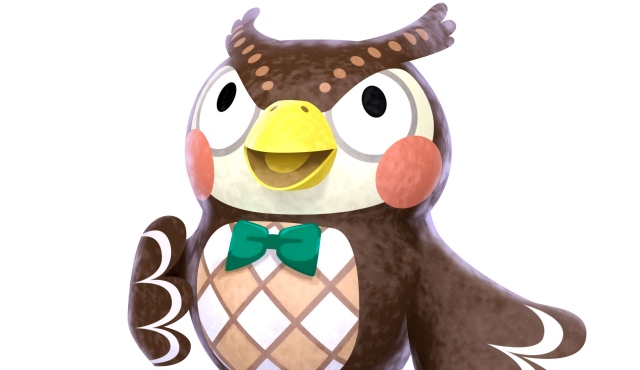 When Rowlet grows up, does it evolve into Blathers? Someone at Nintendo clearly understands that owls are some of the greatest birds, and how green bowties just make them more adorable. He'd rank higher if only he wasn't an anime bird due to a mere technicality - having only appeared in one bafflingly pointless movie.

9. NOT NAMING TO AVOID MILD SPOILER from Episode 2 of Fullmetal Alchemist 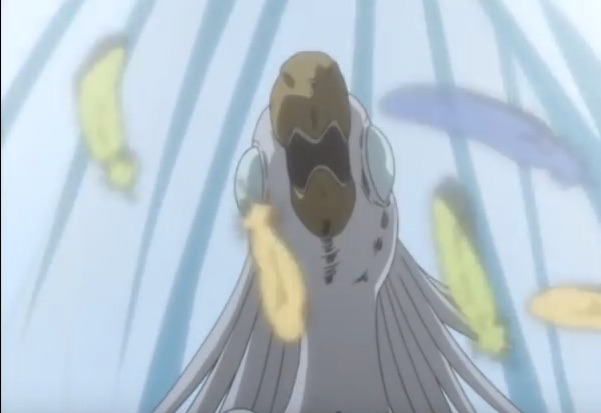 8. The cast of Hatoful Boyfriend 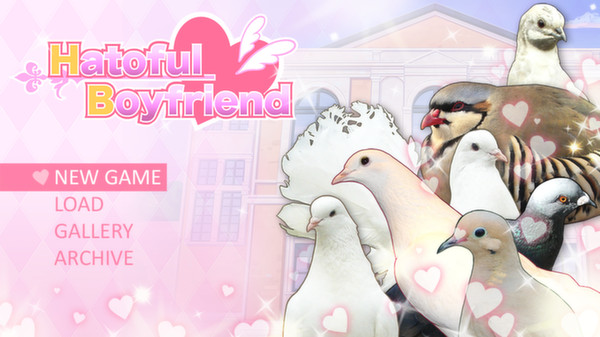 Now, if you actually want a bird for a boyfriend for some strange reason, you're probably already familiar with the dating sim Hatoful Boyfriend. Turns out there's an online manga adaptation. Maybe it's cheating to include a whole wide cast of characters as a single entry (we'll be doing that again for number 5), but how to pick just one Hatoful Boyfriend? Feel free to debate who is "Best Pigeon" on the forums. 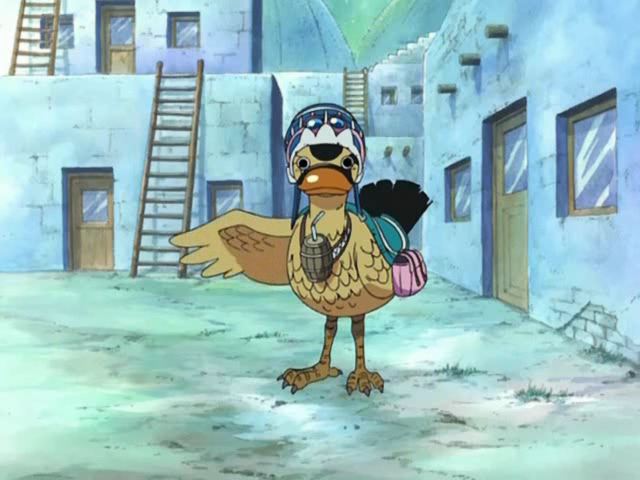 The leader of the Super Spot-Billed Duck Squad and the faithful pet of Alabasta's Princess Vivi, Carue is an odd duck to say the least. An amazing runner but a crappy fighter, who either takes instructions too literally or ignores them completely, he's one of the more comical characters in One Piece, which given Oda's wacky imagination is saying something. A worthy addition to our list. 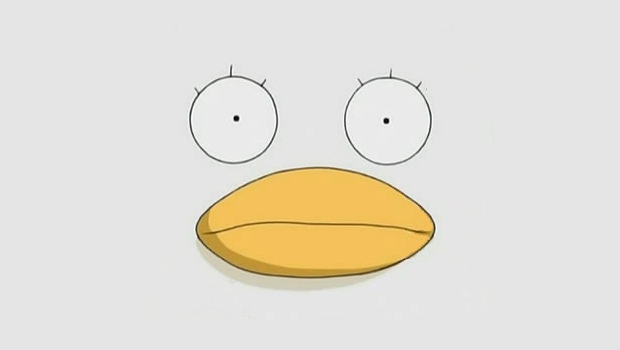 Multiple seasons of Gintama dominate MAL's top 10 anime. A long-running Shonen Jump series that HASN'T received any significant popularity backlash? What's its secret? The comedy? The action? The characters? Well, there's at least one thing it's clearly doing right: birds. Is Elizabeth a duck? A penguin? An alien species? A human man in a crappy costume? Who cares? She kicks ass as one of the most prominent bird characters out there. 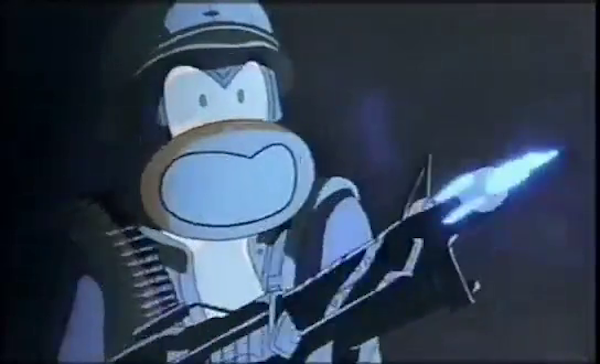 Here's a deep cut for you. In the '80s Suntory beer made a series of commercials featuring anime penguins. They then made a feature-length movie about said penguins' PTSD from the Vietnam War. A totally serious war drama featuring cartoon penguins. Somebody sub this baby, I think we might have found the lost holy grail in bird anime. 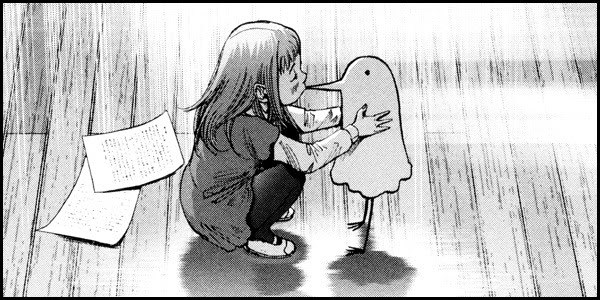 Punpun is the main reason this list includes manga instead of just anime birds. Viz has just started translating the series, so we'll see where it goes. Technically Punpun is human, but unlike Kureno he's not disqualified from this list because he and his family are drawn as cute abstract birds. In contrast to the other more realistically drawn characters and settings, not to mention the story's sad and depressing tone, it's a fascinating artistic choice that adds a level of surreal levity to some heavy reading material.

3. The Phoenix from Phoenix 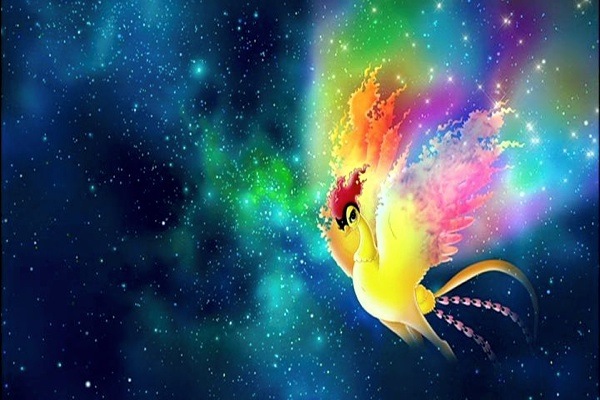 One of Tezuka's longest and most ambitious manga epics travels through time and space, focusing on different characters in search for the legendary phoenix and its cursed gift of immortality. It's been adapted into multiple anime, most successfully a TV series in 2004. Tezuka's phoenix may be the most iconic anime birdy. 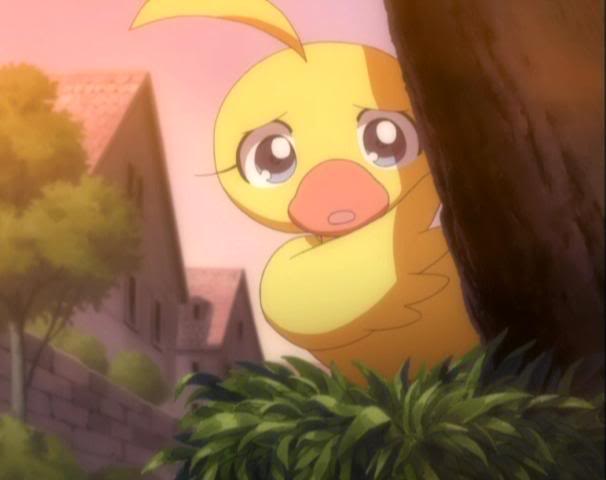 Ahiru is a duck. That's what her name translates to in Japanese, but she's also literally a duck. Sometime she's also a human girl. And other times she's a magic princess who cures people's psychological problems with ballet. Being stuck in a fairy tale world ruled by a sadistic author-god makes life pretty confusing. Trying to save her beloved prince Mytho, she struggles with the fact she's not the predestined heroine of the story she lives in and is, in fact, a duck. Birds rarely get more psychologically compelling than Ahiru. 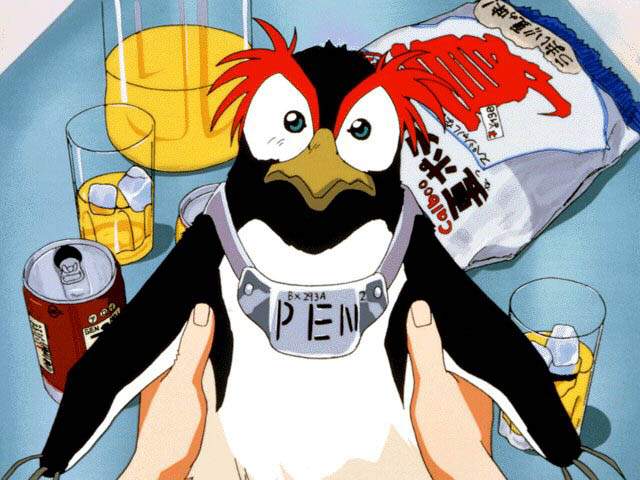 Why is Pen-Pen the greatest little birdy of all time? Put it this way: who else made it through Evangelion psychologically stable? Forget just birds, this makes Pen-Pen one of the strongest, most badass anime characters PERIOD.