They’re cute. They’re adorable. They’re tiny enough to fit in the palm of your hands. In this list, we’ll be taking a look at 15 chibi character representations in anime.

Anime Chibis: Can You Get Any Cuter?

In recent times, the super-deformed style of art has been used throughout various forms of media to comedic or heart-tugging effect, depending on the circumstances.

This is most often referred to as “Chibi” in the anime community, a name that translates from the informal Japanese word for Small Person or Small Child. In modern character aesthetics, this is best represented by characters that have larger heads and eyes with small bodies.

In this list, we’ll take a look at 15 examples where normal characters have chibi counterparts or representations. Let’s get started. 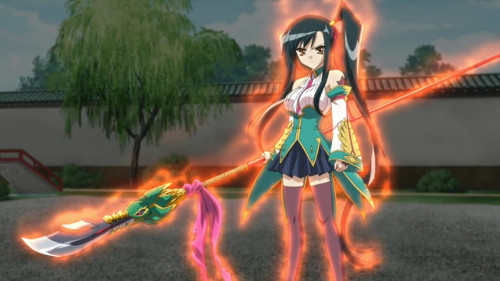 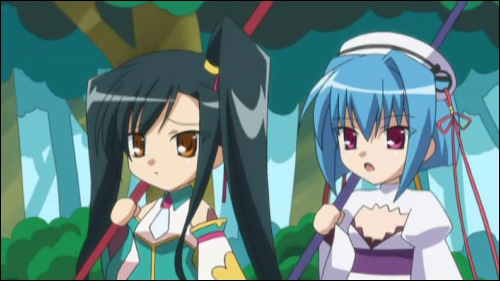 Unchou Kan’u is one of the main characters of the anime, a bandit-hunter that suffered from the loss of her family due to bandits. As such, she dedicated herself to hunting them down in order to prevent that same tragedy from befalling others. From the images, you can see her beauty in her normal form transitions to adorableness in her chibi form quite well. 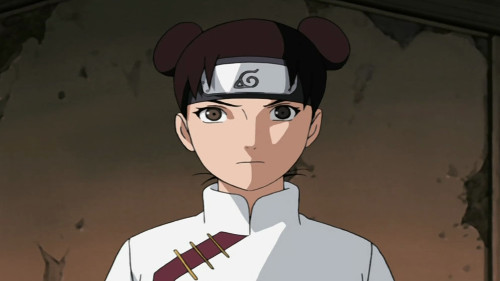 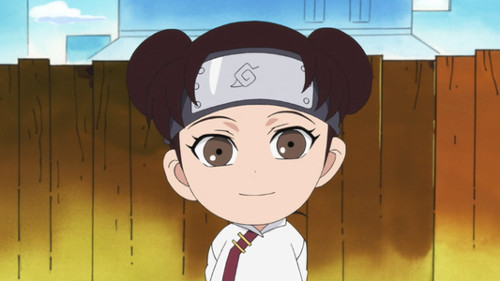 Tenten is a side character in the Naruto franchise, a kunoichi who specializes in a variety of weapons. While she doesn’t get much attention in the main series, in the spin-off, Rock Lee & His Ninja Pals, she is one of the main characters along with her teammates. The chibi art-style shows a more comedic, if not cute, side of her befitting the lighter nature of the spin-off. 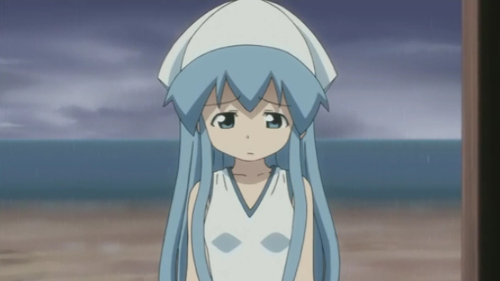 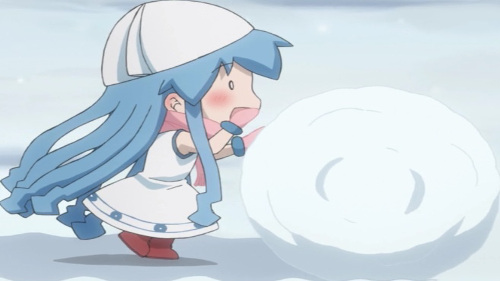 Ika Musume is the titular squid girl of the anime, who comes to the surface world from the ocean in an effort to exact vengeance on humanity for polluting her home. Needless to say, she doesn’t succeed and ends up working in a beach house to pay off damage-repairs. The specials feature her in a chibi form that only serves to make her already adorable self even less menacing. 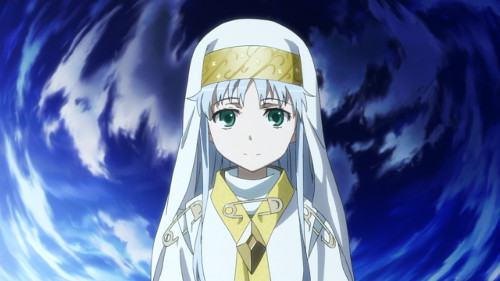 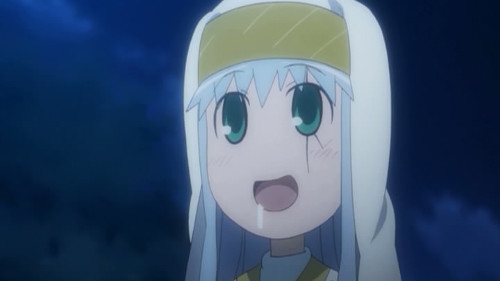 Index, the titular character of the series, is a cute and already quite tiny nun in the original series. The specials take this even further, making her small enough to fit on the top of Touma’s head with relative ease. You won’t be able to look at the scene where she lands on his balcony the same when you see Index-tan getting carried off by a bird seconds later. 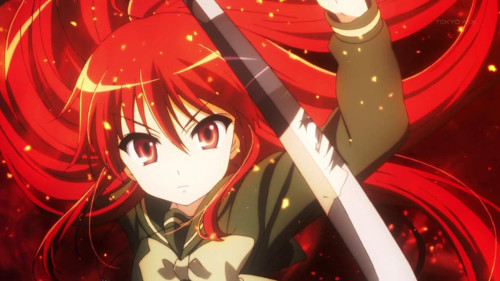 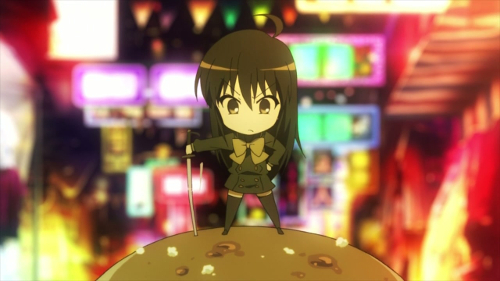 Shana, the red-haired, young warrior and titular character of the series, is a serious and driven character who is slowly brought out of her shell by her love interest, Yuuji. However, in the specials, Shana-tan is largely a comedic figure that rides on Yuuji’s head. The contrast is what serves to make it funny as she slovenly covers his head in crumbs and sharpens her sword. 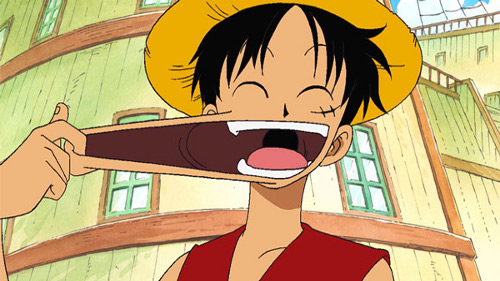 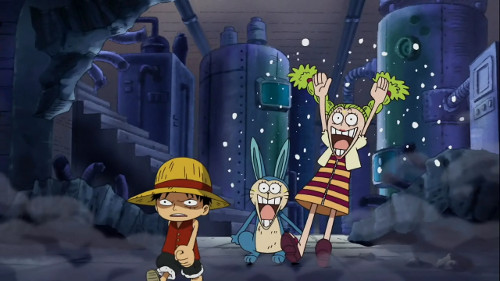 Luffy is the captain of the Straw Hat Pirates and a Rubber man, thanks to eating the Gum-Gum Fruit. This allows him to stretch any part of his body and take on aspects of rubber, which he later uses in different “Gear” modes. The Third Gear has him inflating the bones in his body to increase the shape and size of his limbs in order to deal massive damage, but as a drawback (due to lack of experience) he shrinks down to a chibi form until it wears off. 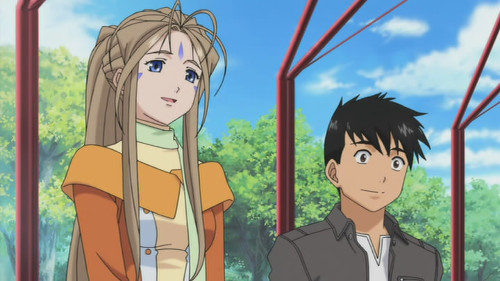 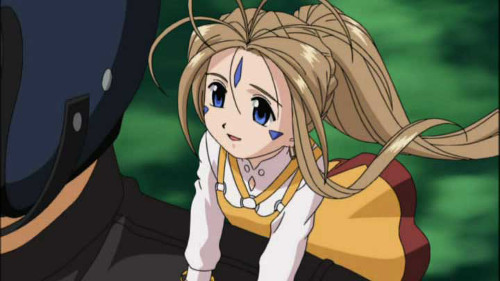 Belldandy is one of the most renowned figures in anime for her beauty and grace, being an actual goddess in the series that Keiichi ends up living with. However, due to shenanigans, she ends up getting shrunken down to chibi proportions in the specials. Despite that, she continues to fulfill his wish and be by his side - by taking the role of an angel on his shoulder to guide him as best she can. 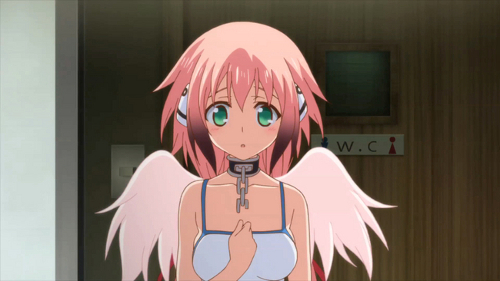 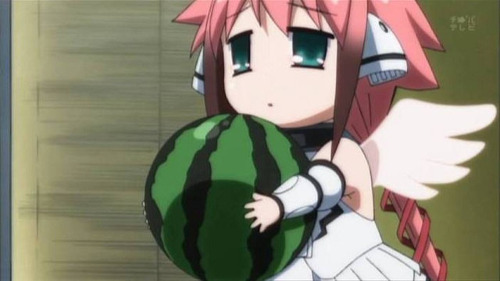 The subservient and melancholy angeloid that falls into Tomoki’s life at the beginning of the series, Ikaros is quiet and loyal to him without question. However, she has an adorable fondness for round objects and adores watermelons, going far as to cultivate them and pet them lovingly. Combined with her chibi state, it makes her adorableness factor almost too much to handle. However, she remains quite a fierce little angeloid; heaven help you if you try and take them from her though. 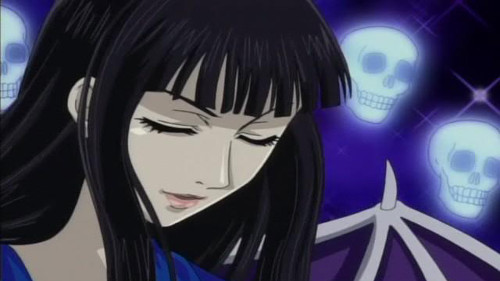 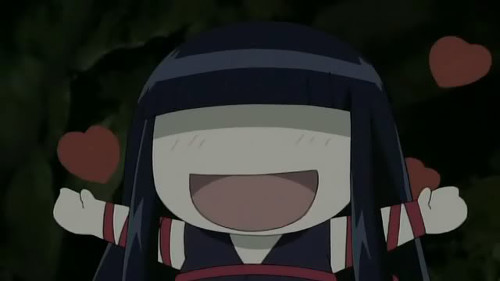 Sunako is the main heroine of the anime, a gloomy wallflower that lingers in the dark corners of her room due to events of her past leaving her heartbroken. She enjoys horror movies that align with her view of morbid equaling attractive, and as such beauty is something that upsets her. She spends most of her screen time in her chibi form; a visual representation of the fact that she doesn't want to accept her own beauty. Despite this, the way she expresses herself when she's chibi is quite adorable - just don't tell her that. 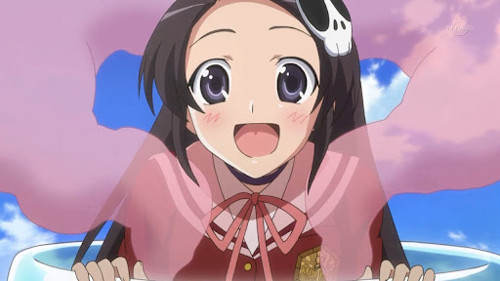 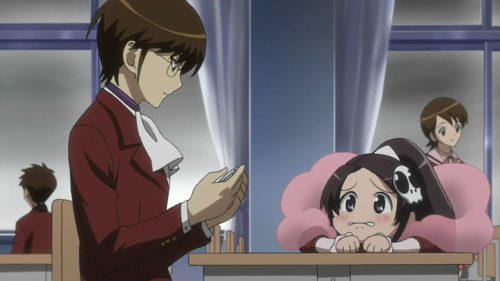 Elucia de Lute Ima (Elsie for short) is a new-devil of the underworld assigned to assist Keima with gathering runaway spirits that hide in the hearts of women, in order to eventually be reborn. She’s woefully incompetent in her job and leaves most of the work up to her partner, who she refers to as Kami-nii-sama after placing herself into his life as the illegitimate daughter of his father (she’s over 300 years old, for the record). At her most childish, she takes on a chibi form that reflects this side of her in a way that makes her truly fit as his little sister. 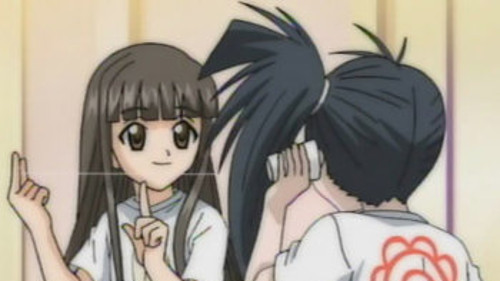 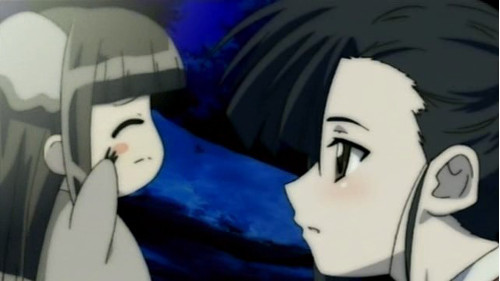 Konoka is a main character in the Negima franchise, and one of Negi’s primary students who he forges a magical contract with. This enables her to utilize a magical card known as a Pactio, and in the remake series this allows her to enter one of three different forms. The Suka or Dud card turns her into an adorable chibi-koala, whose cuteness charms Setsuna to no end. 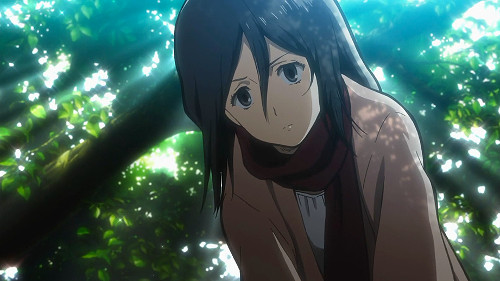 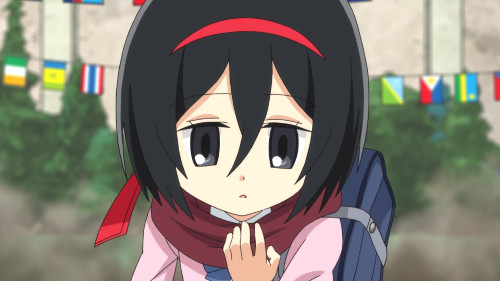 Adoptive sister of Eren and one of the finest soldiers humanity has against the Titans. Mikasa is a serious and driven young woman who strives to keep her brother safe no matter what. In the Attack on Titan: Junior High spin-off, all of the things that made her amazing are chibified to adorable effect. 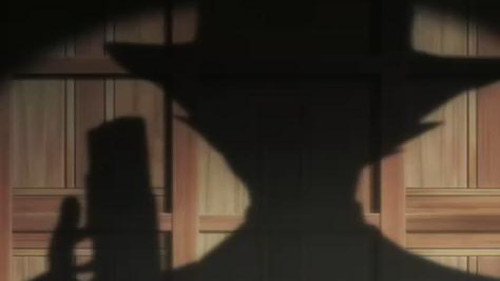 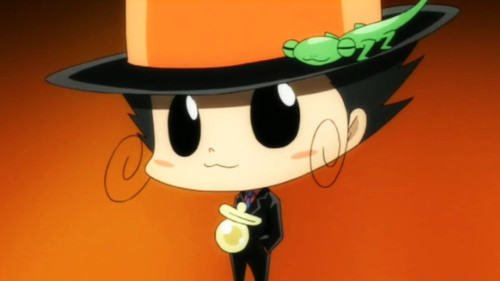 Reborn is a hitman-turned-home tutor for the next heir of the Vongola family, Tsuna. Unlike most cases in this list, where being chibi is for just comedic effect, Reborn being the size of a baby is actually due to a condition that has affected himself and several other individuals known as the Arcabalenos. Despite his almost cuddly appearance, he is considered one of the strongest characters in the series, and his teachings help foster Tsuna towards greatness. 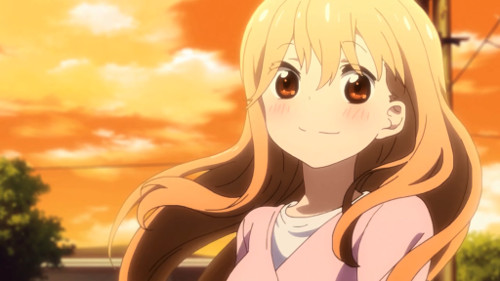 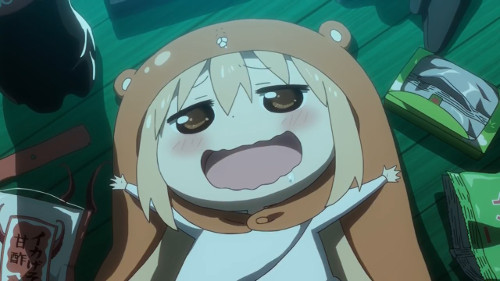 Umaru acts like the picture perfect student when at school and outside her home. But the moment she steps through her front door, she changes into a bite-sized girl wearing a hamster hoodie. She pretty much embodies all the negative qualities of an otaku, but looks so adorable while doing it that she has captured the hearts of just about everyone who sees her. 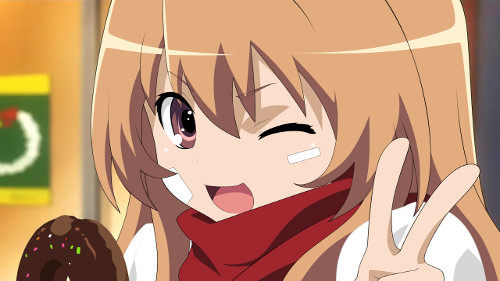 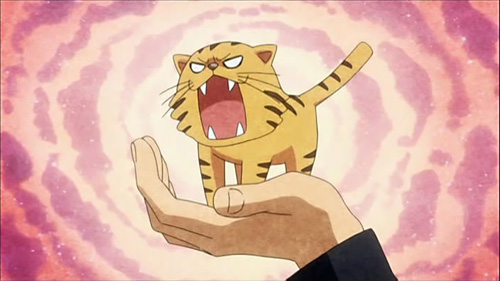 Taiga is one of the main characters of the anime, born into a wealthy household but left to live on her own. She has earned a reputation because of her snappish behavior to everyone besides Ryuuji and for being as fierce as a tiger. But, because of her short stature, she is regarded as small enough to fit into someone’s palm—hence her nickname, the Palm-top Tiger. This is represented in the anime as a tiny tiger that’s adorable in every sense of the word... Just watch the teeth.