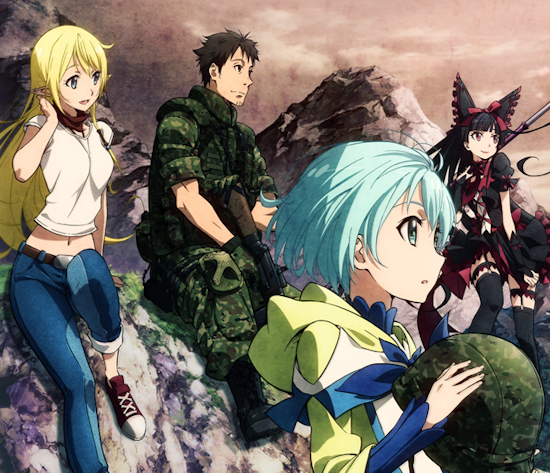 Gate: Jieitai Kanochi nite, Kaku Tatakaeri is a story about a mysterious portal that appears in Ginza, Tokyo that opens to another world full of mythological creatures such as elves and dragons, pitting modern day warfare against medieval fantasy creatures and weapons. Gate features an unconventional main character Itami Youji, a middle aged man that doesn't seem to be anything special, but steps up when it's necessary. The starring voice actor, Suwabe Junichi, talks about his role. 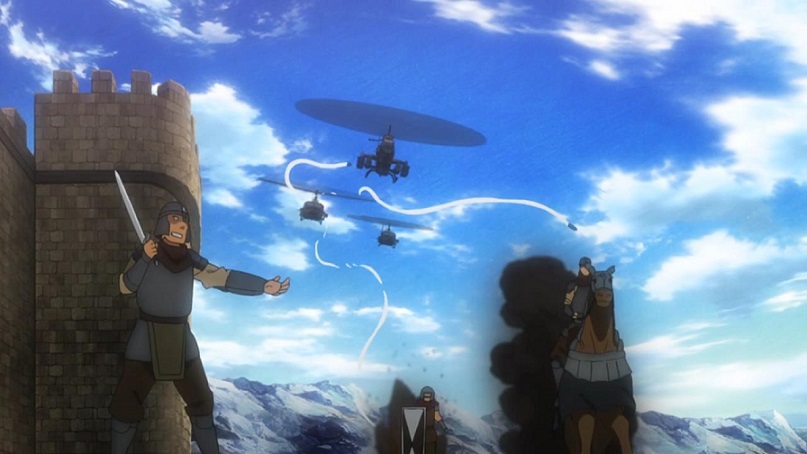 "Whenever anyone introduces this character, they mention first and foremost that he's in his thirties, but that's not really something I paid attention to when I prepared for my part. He's someone that loves anime and manga, and lives more for his interests than his job, but is also a proper member of society. That isn't due to his age, but his personality. He's constantly challenged by his superiors, and pressured by his underlings, which are troubles that any adult in an organization faces. Moreover, he's much younger than I actually am, so if anything I'm trying to act young when I voice him." (laughs)

Suwabe goes on to talk about the specific challenges of the making of this anime.

"I received a lot of minute direction in regards to the technical jargon. For example, the intonation of military commands. You have to cut off the end of the words sharply, instead of letting it trail off. In the JSDF (Japan Self-Defense Force), the pronunciation of even with everyday phrases differs slightly. I didn't know how to say the names of some of the equipment either. The author Yanai (Takumi) and a terminology supervisor were both at the studio every day, and they checked my pronunciation many times as I recorded my lines. We didn't want the voice acting to lose to the factually accurate, realistic art, so the voices and sounds too had to be close to reality. We were meticulous with even the tiniest details.

Having mistakes in the expressions were unforgivable, so we double-checked everything, starting from the scenario, then the script, then the recording, to even the final dub. We were really satisfied with being able to produce something so real!"

After hearing this, the recording studio sounds like a strict place, but Suwabe says it was nothing of the sort.

"The studio was congenial, and the atmosphere was good. It's just that every recording involved a large cast, so the recording studio got pretty hot. It was common to have to stand because there weren't enough chairs to go around. In those cases we'd play musical chairs. (laughs) If you look at the key visuals for the show it seems like there's a lot of women, but the recording studio was really full of men. And the number of men would increase further whenever we had fighting scenes. The "Special Region" doesn't have modern weapons, and has a population the size of Europe in the Middle Ages, so we needed a lot of young dudes to voice the background chatter of the army scenes. The cast rallied and worked hard to the point of breaking a sweat in the midst of that suffocating environment. During the start of recording, just a scene of background chatter took one hour to film." 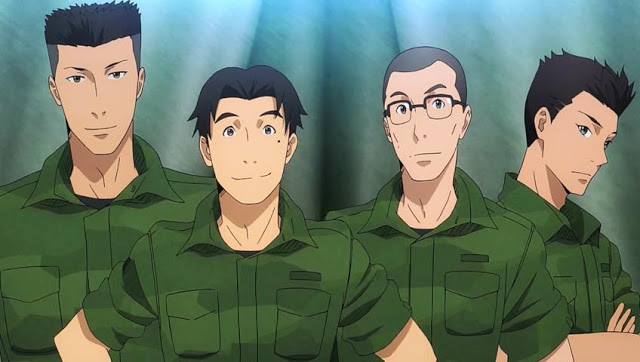 He continues, "This anime is about a connection that opens up between a strange new world, and modern day Japan, and what kind of drama it causes. But this series is not purely fantasy. The people and creatures from the Special Region go through culture shock after coming here for the first time. There's also a lot of armed combat. They gain respect of each other as they search for mutual understanding. I think this is what attracted me to the series at first. Other than combat, this show is also about cultures and societies, and international politics. It's a mature fantasy work."

Suwabe concludes with some talk about his character.

"This story doesn't match with a child's logic because the main character is in his thirties. Isn't it rare to find a main character like Youji who intentionally takes on so many challenges? I hope this is an anime that people will watch and thing, 'grownups are so cool!.' We all really worked hard on this, so please continue to watch!"

This article was published in Japanese in the September 2015 edition of Newtype.