What if you could travel in time? Leap into the past or the future with these 15 anime! But be forewarned: traveling through time can have some serious consequences...

Do you believe in time travel? Enter the forbidden realm. 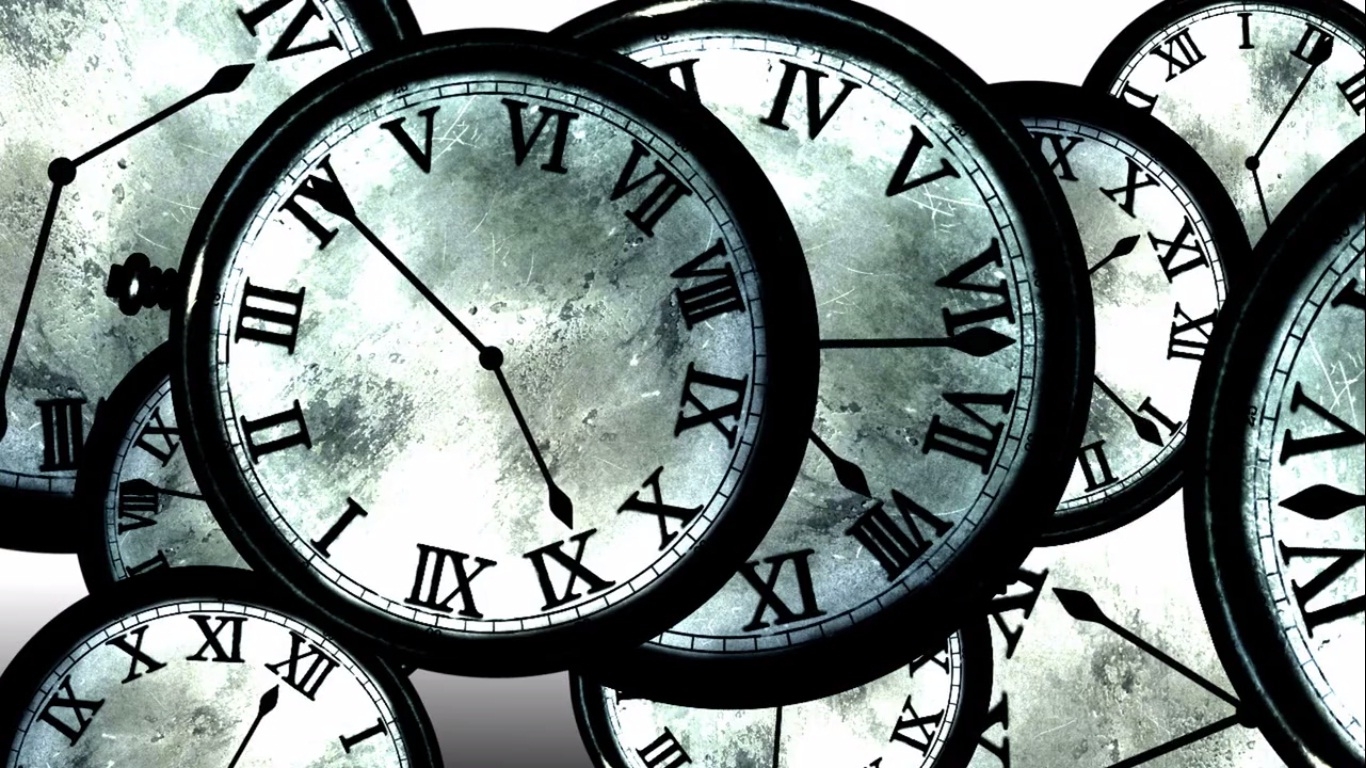 If you could time travel, where would you go? Would you visit the future just to see their advanced tech? Head back to the age of the dinosaurs and marvel in their glory?

Time travel has been fascinating us for a long time, and it's given rise to a whole collection of time travelling movies, TV shows, and, of course, anime. Instead of focusing on the awesome potential of time travel, though, many of these shows and movies point out the dangers and dark side of it.

You'd think twice about doing any time traveling if you were in any of these time-travel themed anime!

Come check out 15 of the most popular time travel anime!

Toki wo Kakeru Shoujo (The Girl Who Leapt Through Time)

One of the best cautionary tales of using time travel for your own good comes from this anime. When Makoto Konno develops the ability to literally leap through time, she tries to use it to go back in time to change little things in her life. She soon learns that changing even the smallest things can have some severe repercussions...

It's no wonder that Steins;Gate is one of the highest ranked anime on MAL. The show's idea of time travel manages to be deep without getting convoluted, and expertly shows what can happen when you develop time travel. At first, the characters can only send text messages back in time, but this fledgling technology sparks the development of more and more advanced time travel, with disastrous consequences.

The anime also uses the idea that you can only use a time machine to visit some place that already has a time machine - an idea that's been used in real life to explain why we haven't seen any time travelers yet. It would be like trying to use a smartphone to call someone who's still using telegrams. 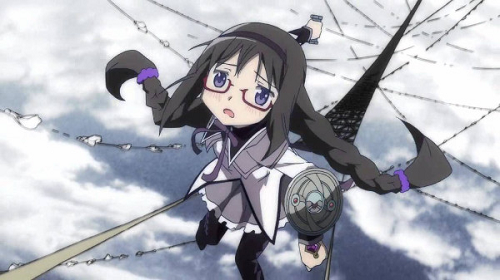 Madoka Magica is known for turning the magical girl genre on its head, so it shouldn't come as a surprise that it managed to weaponize time travel. Without getting into spoiler territory, Homura Akemi's source of power is time manipulation. If you think the anime leaves it at that, you don't know Madoka. But we'll say no more. Just watch it! 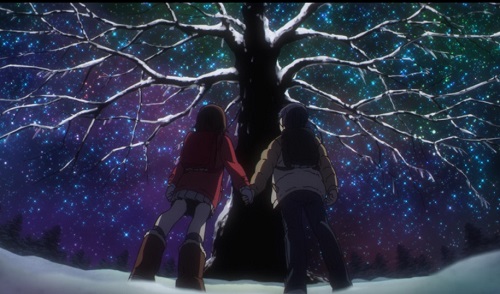 We must really love our well-written time travel adventures, judging by the ratings of the shows on this list so far! Erased has only been out for a few months at the time of this writing, and it's already shot up to the 25th ranking on MAL. That may have something to do with the strong storytelling combined with the intriguing nature of time travel. Erased doesn't just use time travel as a crutch, and instead throws in a compelling mystery and a sense of urgency that singles it out as a must watch for time travel enthusiasts. 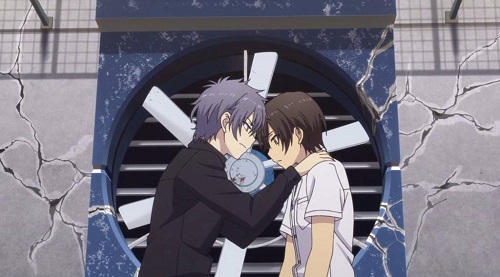 While the protagonist's powers are not time travel related, Charlotte features a cast of teenagers with a collection of special skills between them, including one valiant character whose power allows him to travel to the past. This special ability plays an important role throughout the anime. 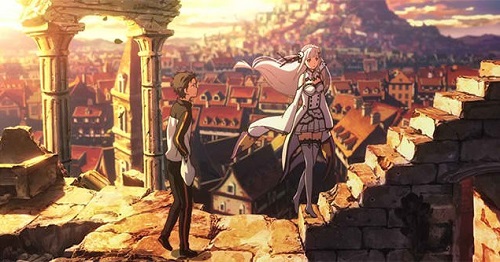 Subaru Natsuki can rewind time, but only by dying. Every time he dies, he goes back in time, armed with his knowledge of what's going to happen. Can he use this knowledge to prevent his death and save others? 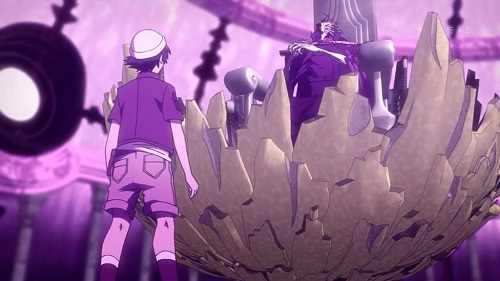 Protagonist Yukiteru Amano's diary tells him exactly what he sees, whether it's now or in the future. By doing this, the diary offers Yuki a glimpse into the future, potentially warning him of dangerous situations. The Future Diary doesn't actually transport people in time, but it predicts the future in a number of ways, earning it a special entry on this list. 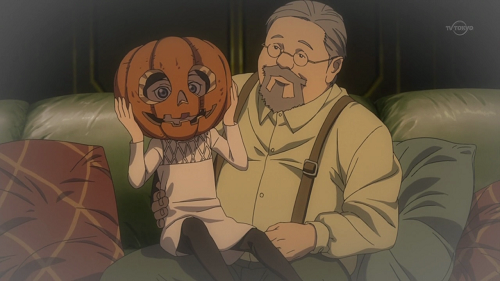 The Waldstein Academy is no stranger to strange phenomenon, but a naked guy appearing out of nowhere is a new one even by the academy's standards. Like the cult classic Twelve Monkeys, Occult Academy uses the premise of an apocalyptic world sending someone back in time to prevent the event that sparked the apocalypse. Also like Twelve Monkeys, the person chosen for this is not exactly a highly trained operative. Armed with a special cellphone, Fumiaki Uchida is charged with destroying the item that will bring about the end of the world as we know it...We're doomed, aren't we? 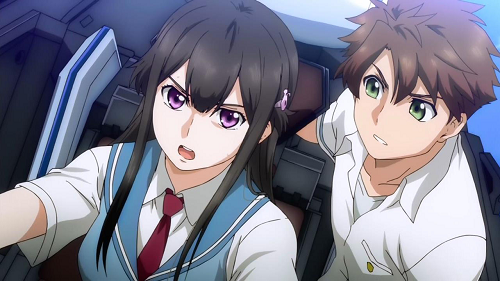 Buddy Complex brings mechs and time travel together for one crazy, anime ride. Whether it does this well or not is up in the air, but the combination of giant robots and complex time loops is definitely a unique spin on the two genres. 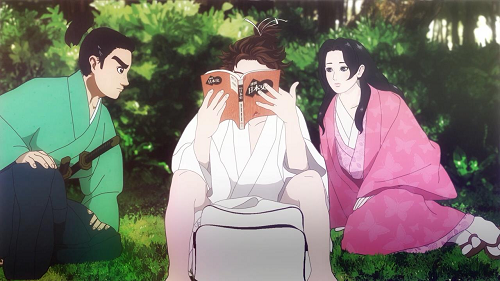 The idea of traveling back in time to aid legendary historical figures is not new, and Nobunaga Concerto is like anime's answer to A Connecticut Yankee in King Arthur's Court. The series protagonist Saburou is thrown back in time to the Sengoku era, where he has to take the place of Oda Nobunaga, one of Japans most famous warlords. Wouldn't it be fun if all famous historical figures were time travelers using their modern wiles to become great? 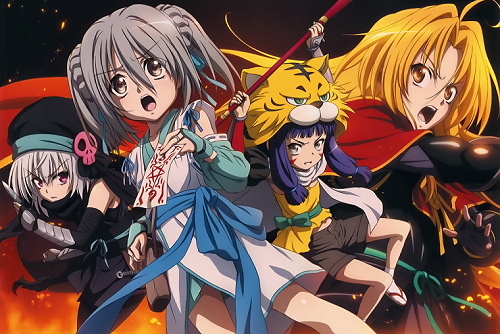 Yes, that's right, this is another Nobunaga-era "historical" time travel anime. Except in this case the protagonist Yoshiharu Sagara has to take the place of the recently deceased Kinoshita Tokichiro. Oh and also, Nobunaga and all the other great samurai are actually cute girls. Wouldn't it be fun if all famous historical figures were… you know what, never mind. 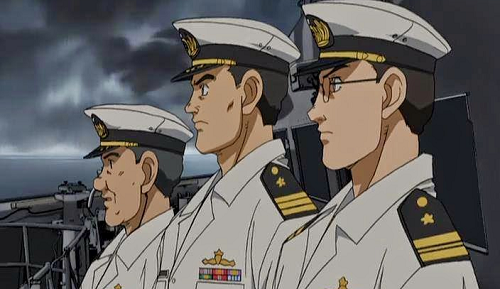 During a routine training drill, a technologically advanced battleship is accidentally sent back in time to the Battle of Midway in World War II. On one hand, if you're going to show up in the middle of a World War, a battleship is one of the best places you can be. On the other hand, the crew is determined not to leave a mark on the past, so as not to affect the future. You can probably guess how well that goes. 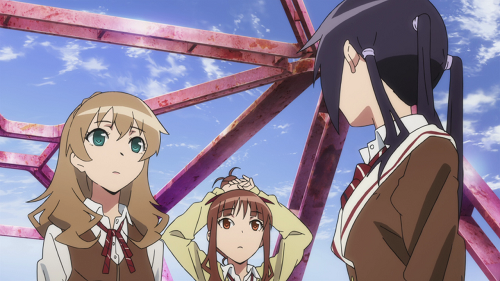 The world is doomed to repeat the same day over and over. To break away from this odd world's end, four girls are selected, trained, then sent 6000 years into the future. World's End is not everyone's cup of tea, described by some to be confusing yet weirdly emotional. Can these four high school girls save the world they came from? 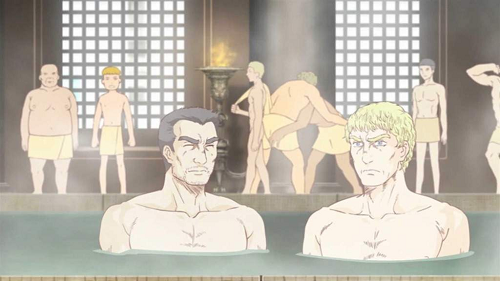 Interestingly enough, most time travel anime seem to focus on people from the future or the present. Thermae Romae is the odd one out for showing someone from ancient Rome traveling to modern day Japan. Perhaps even more interestingly, this is used as the setup for exploring how baths and the rituals surrounding them are similar between ancient Romans and Japanese. 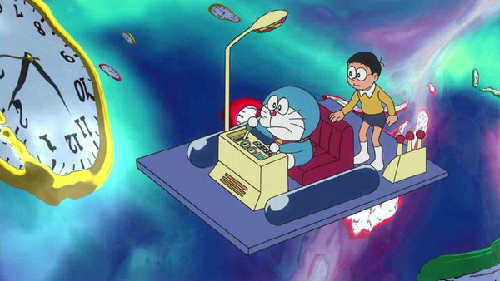 Admit it: you know this title and recognize the iconic blue robot, but never really knew what the premise was. Doraemon is actually a cat robot sent back in time from the future to prevent the young Nobi Nobita from making the mistakes that lead to his descendants living in poverty. Now you know!