All About Dakimakura: Comfy, Cuddly Pillow-Girlfriends!

Pillows, a source of comfortable cuddles are taken to the next level with dakimakura. From comfort pillows to 'waifu' pillows, the dakimakura is equal parts loved and scorned by anime fans. So let's take a closer look at where they came from, and what they've become today!

So let's gets started!

When Did the Dakimakura Enter Otaku Culture?

In the 90's, dakimakura picked up popularity in Japan with Otaku culture, and so the production of so-called 'otaku dakimakura' cases began. These early cases featured bishoujo and bishounen from anime and games. Cospa, a merchandise seller, was a major supplier of these cases. A positive for the time was the standard 160cm x 50cm for all dakimakura and their covers.

Until the late 2000's dakimakura remained relatively unknown in the United States. Now, with the increased popularity outside of Japan, other sizes have also become available. The 160cm x 50cm measurements are considered to be the "authentic" Japanese size, but 150cm x 50cm sizes have seen increased sales. This is mostly due to reduced shipping costs.

No one really knows why or how the dakimakura became such a hit with anime fans. We can just assume the comfort of being able to cuddle up to something with your favorite character is enough reason. Like plushies and cat memes, there's just something wonderful about a favorite pillow.

From Chikufujin to the Waifu Pillow

Dakimakura have gone through several nicknames beginning with chikufujin and the "Dutch Wife". Since then, they have been referred to as "love pillows" and most recently, the waifu pillow. These nicknames seem universal regardless of if the character displayed is male or female. Although I've heard a few people refer to the dakimakura with male characters as "husbando pillows."

The nicknames may come off a little weird, but to each their own. Whether you call it dakimakura, body pillow, cuddle pillow, hug pillow or a waifu pillow, it doesn't change the enjoyment you experience from owning one. 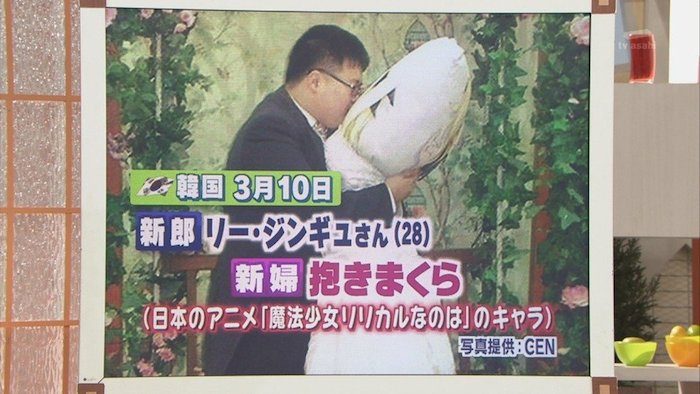 A man turned his Dutch Wife into his real wife! (source)

So What's On a Dakimakura?

Despite the variety, female characters are still overwhelmingly popular to print on the pillows. Boys have become more popular in recent years, but are still not present in the insane numbers as girls.

When you get down to it, there are only a few differences between a fanmade dakimakura and one mass produced by a merchandising company. The main difference will be in price. Commissioning or purchasing from an artist will cost more, because production costs are higher. Second is the art style. While "official" dakimakura pillows would feature characters in the style of the creator, fan artist creations will be in the their personal style. Of course, in many instances this is a major plus! Some fan artists have absolutely stunning styles!

Despite the popularity of dakimakura, that alone won't guarantee your favorite character a place on an "official" item. Companies are businesses and ultimately want to make money, so they are far more likely to print the more popular characters because those will sell on a larger scale. So while there may be 10 different styles of Taiga pillows, it could be hard to find one with "Female Classmate #2". Fan artists are another saving grace here, as they cater to niche crowds rather than mass fans. If you can't find an artist who also loves the same character as you, there is likely one that can be commissioned to create the art. 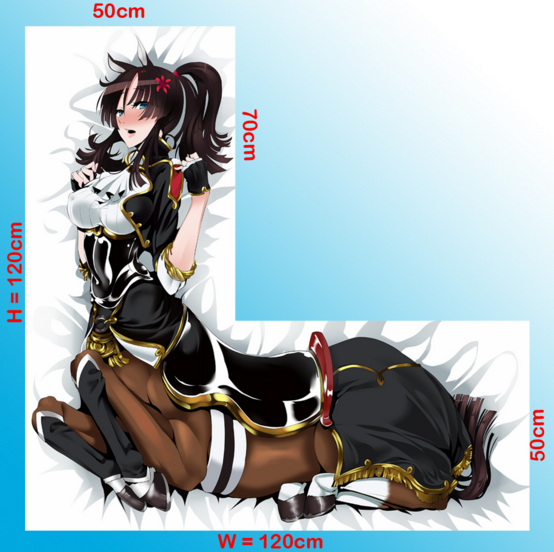 Enjoyable as they are, the artwork included on a dakimakura comes with a price tag to match. While regular body pillows may cost anywhere from $10 to $20 dollars (more if you get fancy with down fill or memory foam), dakimakura far exceed that. In the event you find a fan-made pillow, prices could vary anywhere from $50 to $100 dollars. Ordering online from Japan also comes with a hefty fee thanks to shipping and handling on top of the pillow price.

Conventions are a life saver, to a degree, in these situations. Should you be lucky enough to live in a city which hosts a large convention, you could probably find cheaper pillows sold by vendors. However, this comes at the price of having a more limited variety and supply to choose from.

Regardless of how you make your purchase, it doesn't take much for the money to add up big time, especially if the pillow is larger or oddly shaped. For example, the 'L' shaped body pillows made to look like centaur characters. Large and irregularly shaped, I wouldn't want to see the cost of shipping that! 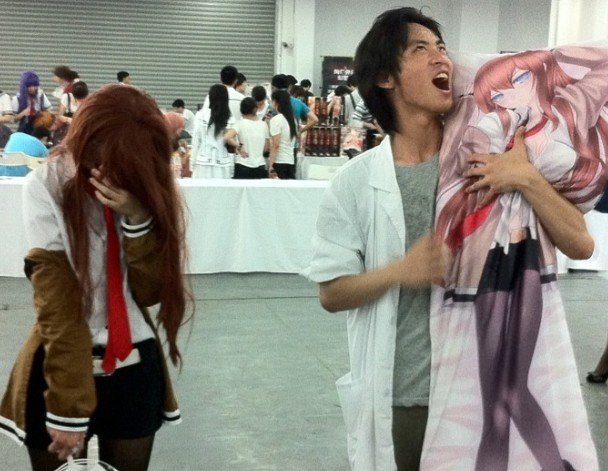 Dakimakura may be a large part of anime fandoms, but that doesn't mean everyone is a fan of them. While there are people who enjoy the pillows for cuddling or bed decoration, others hate them. So why is the extreme dichotomy?

Most people tend to dislike or avoid dakimakura because of the negative connotations of owning one. Being considered a creep or loser with no social skills isn't exactly how most people want to be perceived. With photos of otaku carrying their "waifu" pillow around in public, or in the next extreme case, perhaps even speaking of it like a person, it's really no wonder why some people avoid dakimakura.

That being said, a few people being a little bit (or a lot) too extreme in their fan-love is no reason to refuse possibly enjoying something. Dakimakura aren't so different from owning a figurine, t-shirt or plush toy and they can definitely be cozy to cuddle up with in bed. Really, that is enough reason to like or even love dakimakura. If someone has something negative to say about it, well, it isn't any of their business now is it?