Izaya continues to grow his harem of people who hate his guts but fight on his side regardless in the latest episode of Durarara!!x2 Ten. But he just loves them all so much! 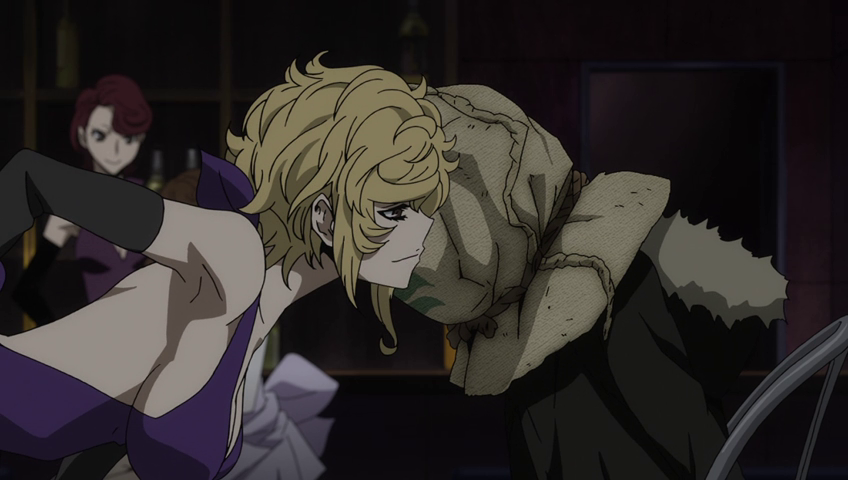 5 minutes into this week's episode and I very nearly stopped it to check if I had somehow missed last week's episode. The only reason I felt confident that I hadn't is because I cover the episodes weekly here on MAL. Who are these two new gangs? Why is Izaya so centrally involved in this? Why has he suddenly been taken captive? What happened to the whole Dollars and Ruri storyline alongside the hospitalised Shinra and all of that? I suppose that was sort of resolved last week, even if the resolution provided more cliffhangers than any episode previously. But this was such a random switch in focus that it completely threw me off. In fact I did pause the episode and pull up another window. However it wasn't to check if I had fallen asleep for an entire week. It was to open up a notepad document and start doing something I haven't done in years: I took notes. 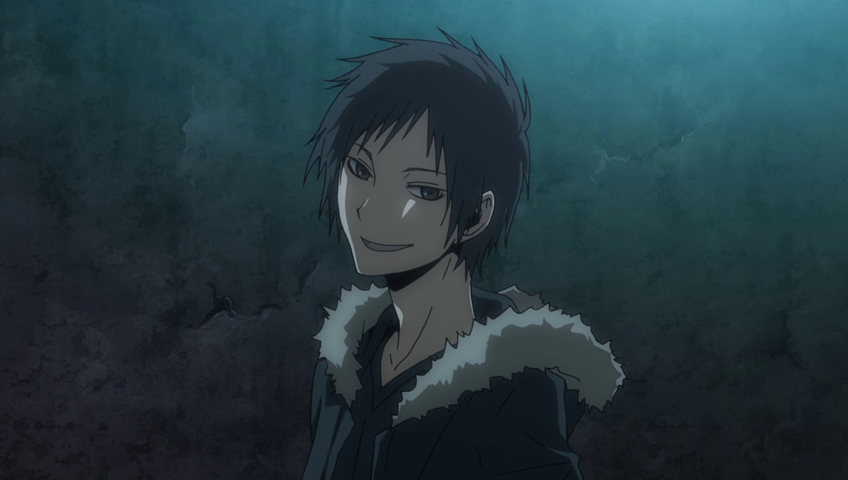 So first there's the Awakusu group, otherwise known as our friendly neighbourhood yakuza which includes "Friendly Scarface Walking Cane Man", "Father of Cute Stun Gun Girl", and "Deep Voiced Man in White Suit". They're recruiting Izaya to gather some info on this new crew in town called Amphisbaena who are encroaching on their turf and setting up little gambling tournaments. Amphisbaena may or may not be related to the gang of useless college kids who were selling drugs in nightclubs earlier on in the show. Meanwhile there's another group, who may indeed be the same group who sold the drugs earlier, called Heaven's Slave, run by a maniac who carves musical bars into his followers' arms. They want to surpass Dollars somehow, and they're going to try ally with Amphibaena and their troupe of attractive ladies in low cut dresses. Are you keeping up? Because I sure as hell am not. 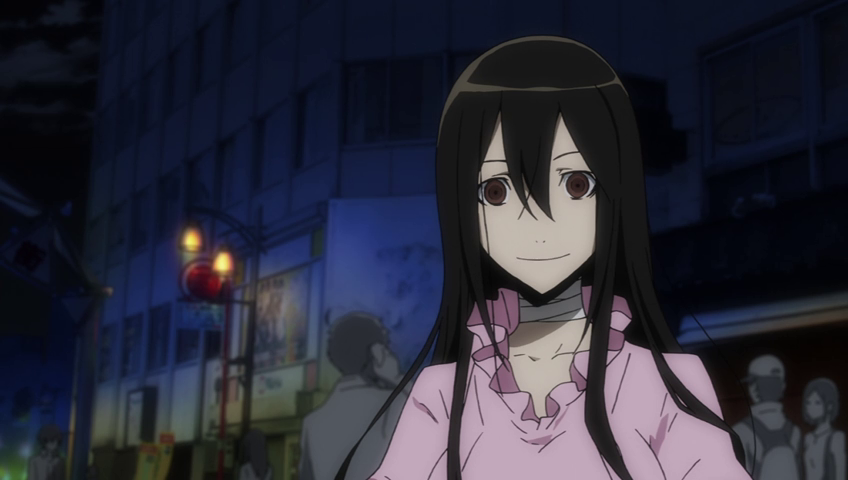 The maddening part in all of this? It was all rendered irrelevant at the end of the episode anyway as the two groups disbanded! Izaya's cronies show up (Celty called them the Dragon Zombies, however I think Celty may have just made that name up on the spot because she's been watching too much TV as per usual) and beat the ever-loving daylights out of Heaven's Slave. As for Amhpisbaena, they all got themselves mind controlled by...Saika's daughter blade? I was so baffled by that final reveal that at first I thought Izaya had finally stuck the head of Celty onto a human body and was making her do his bidding somehow. She had bandages around her neck so it wasn't a complete shot in the dark. I even had to go back to blog posts I wrote over 5 years ago back when the first show was airing to figure out who the hell that was. She is the Slasher from the first season and host to a less powerful demonic sword very similar to Saika. According to my 5-year-old notes, the reason why Anri is able to hold in Saika now is because she's so reserved she's able to repress the original demonic swords' feelings. This returning girl isn't as powerful as Saika but now that she's become one of Izaya's team, she has suddenly become a lot more dangerous. 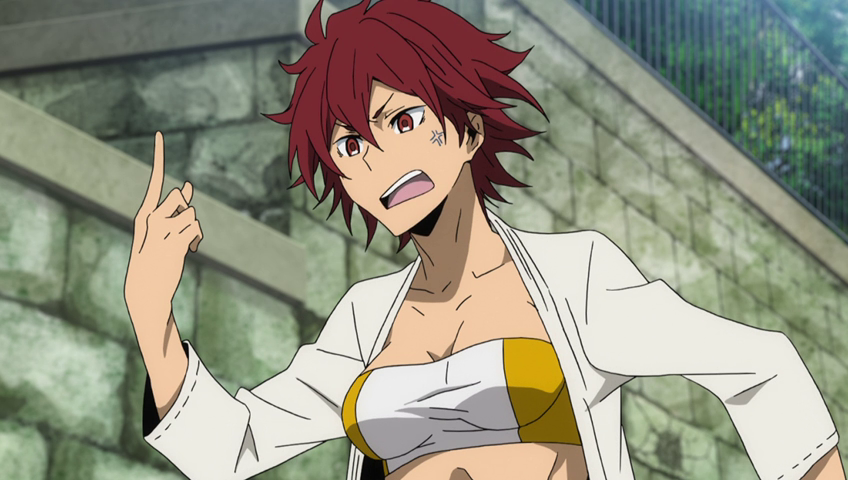