Explore the evolution of anime eyes through the eyes of history!

One of the most fascinating aspects of the anime and manga art form is the signature eye design: often overly exaggerated and given a wide range of detailing depending on the character to whom they belong and the emotion or emotions to be conveyed in any given moment or scene. And the man to whom the industry owes this signature "anime style" is none other than Osamu Tezuka, who many refer to as the "godfather of anime and manga." Apart from creating the iconic Atom from Astro Boy, he also conceived Kimba from Jungle Taitei (picture above) and Kuroo Hazama from Black Jack, two iconic characters of our beloved medium.

Osamu Tezuka is one of the pioneers of art styles for anime eyes!

Much like how anime creators cast certain voices for certain roles (a bass voice for a villain, a tenor for a hero), or use certain hair styles and color palettes to define characters, so too do they define them by their eyes. Character design overall plays a part in carrying through the emotion of any given scene, and such focus and careful attention to the design of the eyes alone proves effective in this effort. Osamu Tezuka's inspiration drawn from such large-eyed, American cartoon icons as Disney's Bambi and Donald Duck (there's even an episode of Black Jack (TV) featuring a deer that looks very much like the deer drawn in Disney's Snow White) sparked something in the industry that everyone clearly latched onto, as it's been an earmark of the medium ever since, from Tezuka to Hayao Miyazaki to designers like Masami Oobari and Takashi Takeuchi.

Artists and designers contemporary to Tezuka and since his time have instigated the evolution of the anime eye, developing various creations based on story and aesthetic, keeping in mind that character design can make or break the emotion of any scene.

A character with large, wide eyes the size of saucers is often an innocent character who looks upon the world with vast curiosity and naive wonder. They might also have affectations of cuteness, or the potential for offering comic relief (just like the signature "ahoge"). This is especially used in "moe," where pretty much everybody (even the boys to a degree) are meant to be utterly adorable, so that when the eyes are drawn and detailed in varying ways depending on what the characters are feeling, it evokes a strong emotional reaction in the viewer.

A character with hard-edged, narrowed eyes could possibly be either straight-up evil, morally ambiguous, or perhaps just have a jaded outlook on the world. If that character does have a softer side they don't often show, their eye shape will shift slightly to reflect that, perhaps becoming rounder as their normally frowning brows relax for a change. The rounder the eyes, the more likely they are to possess some positive attributes. 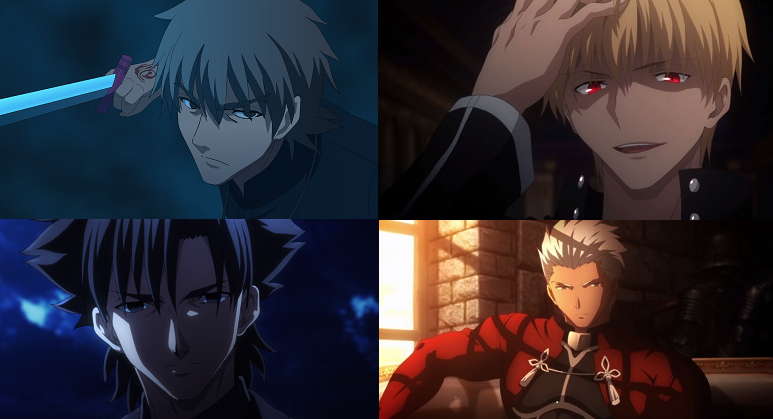 Nine from Zankyou no Terror (Terror in Resonance) (left) and Nicholas D. Wolfwood from Trigun (right)

Usually, this occurs nine times out of ten with men. As boys they have large anime eyes, whereas they later obtain narrower, more serious anime eyes as a sign that they have grown up in some way. Even in the case of men in moe, as shown above, the eye size is diminished comparatively to females, as female characters remain innocent in their constant state of wide-eyed adorableness, and men less so, as cuteness is more often attributed to women and children and less to men. The only instance where adult females get the same hard-edged treatment is if they too are straight-up evil or, in some way, not completely on the up-and-up.

This practice in designing the eyes also comes in handy in reactional expressions, beyond growing or diminishing in size. For example, a character struck by something as simply wonderful as perceiving the world's awesomest picnic spread might, for a moment, literally swirl with an enchanted star twinkle of excitement.

Such phenomena might also occur in anime eyes if a character happens upon someone with whom they become enamored with, literally creating hearts, much in the way the eyes of a character experiencing a bout of greed would turn into dollar signs. One might also call this the "senpai noticed me!" effect.

Probably one of the more heart-wrenching effects of detailing to anime eyes is sadness, usually expressed with overflowing tears or trembling expressions.

If the character's pupils shrink while the rest of the eye stays the same size, or grows even in contrast, that's usually indicative of some extreme terror, shock, pain, or insanity. 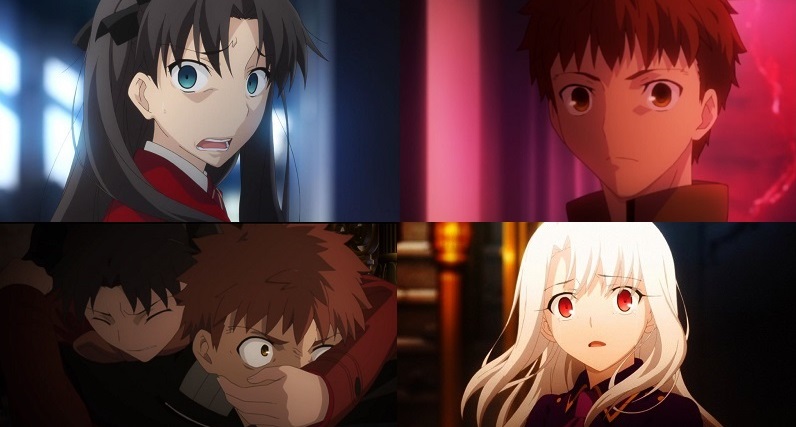 If the eyes are narrowed at the same time, then it's either anger or extreme focus.

A lack of detail to the eyes might suggest the character's in a numb, weak, spiritually or mentally broken, or brainwashed state. Being half-closed can mean any of the varying ranges of mental or physical exhaustion. 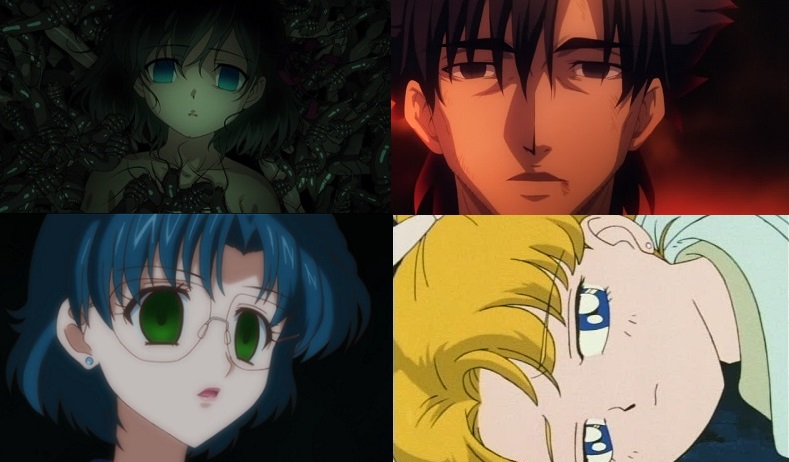 There are a myriad of other effects given to the anime eye, like shrinking down the eyes to convey confusion etc, but I also did want to give props to one of my favorite character designers, Type-Moon's Takashi Takeuchi, in particular regards to how the animators at Studio ufotable utilized eye design in regards to the character of Kiritsugu Emiya for Fate/Zero, giving him wide-eyed eyes as a hopeful youth dreaming of becoming a hero of justice, to where he ends up as cold-blooded assassin, with the warmth that he still possesses occasionally glimpsed. All told through the design of his eyes. The entire journey of such designs proves viscerally effective, and is part of the reason why Takeuchi is one of my favorite character designers in the industry. 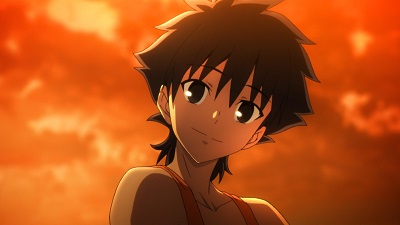 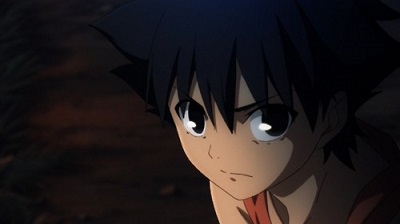 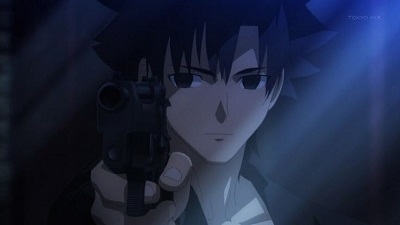 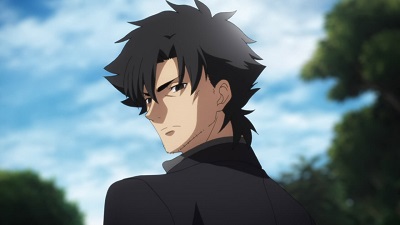 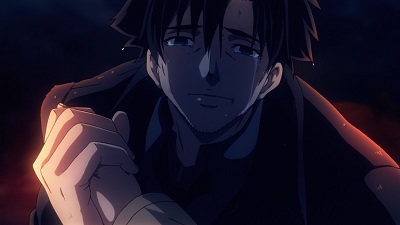 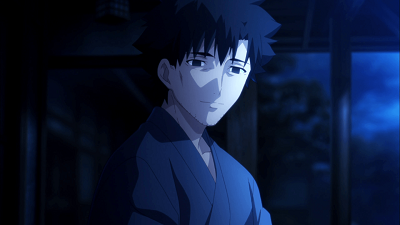 See? Even Kiritsugu Emiya started out as a cute, wide-eyed rapscallion. But where did all that sunshine go?

This same method of emotional storytelling is used both for his daughter Ilyasviel von Einzbern, and making the connection between his adoptive son Shirou Emiya and his "future self", the heroic spirit Emiya, Rin's servant Archer. 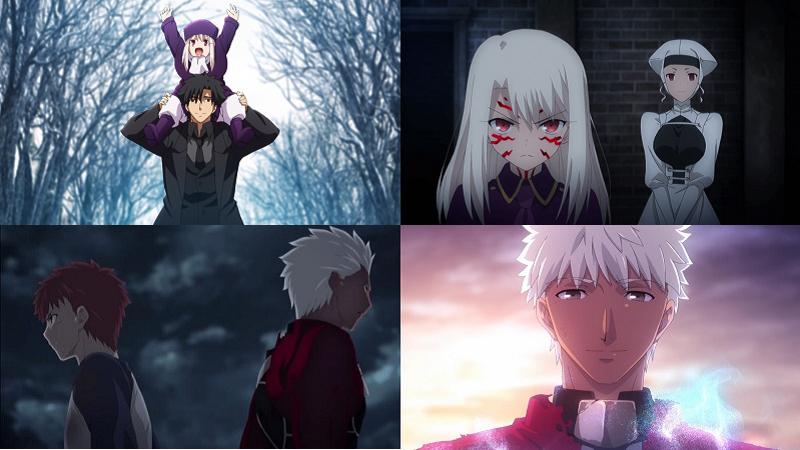 Some anime may have more subtle designs for the anime eyes of their main characters, but they still incorporate expressiveness into them that could only come across in a medium like animation, which would explain why such concepts are animated in the first place, as opposed to filmed live.

The bit about Spike Spiegel's eyes (one being a fake that only sees the past, while his other only sees the present) would only be as effective as it is through the colors used in the art form of animation and hand-drawing.

From left to right: Spike Spiegel from Cowboy Bebop, Hazama Kuroo from Young Black Jack, and Tima from Metropolis

It's said that eyes are the windows to the soul. The media of anime and manga is artistic, integral proof of that, thanks to influential greats, like Osamu Tezuka, breathing life into his drawings through those eyes.