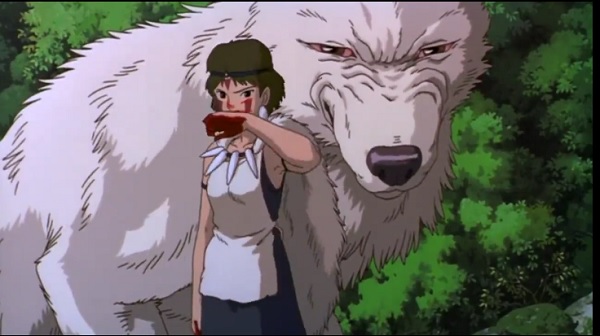 Princess Mononoke is a movie with a story portraying the difficult relationship that exists between humans and nature. Just like other Hayao Miyazaki films, the characters in this movie struggle and fight until they achieve a balance between them and their environment. This is a battle that can be connected to real life issues as well, teaching us all a very important lesson on life. Being that so, it’s not surprising that Prince Mononoke became the highest grossing Japanese film in 1997 (the year of its release) and that it was entitled the Best Picture of the Year at the Japan Academy Awards. Even though its release didn’t do too well in other foreign countries, it became the highest selling anime in the United States (in 2001) and it also put Hideo Miyazaki in the spotlight around the world! 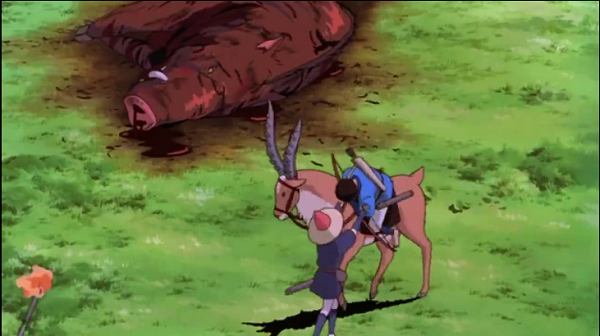 Princess Mononoke has breathtaking animation, filled with fantastic creatures, colorful characters and beautiful environments. These works of art were drawn almost entirely by hand and were colored with traditional paint (based on the color schemes designed by Miyazaki and Michiyo Yasuda). Despite so, the movie also incorporates some computer animation that was designed to blend with the traditional cel animation. Altogether, Princess Mononke was produced with an estimated budget of 23.5 million US dollars. 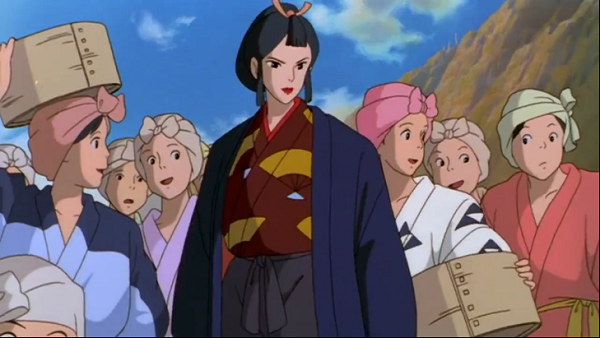 Princess Mononoke is all about the tense relationship between people and nature. The humans' clothing and their home's setting were influenced by Japanese history, specifically the Muromachi Period (1336-1573). This was the period when Zhen Buddhism spread and when Christian Jesuits and Chinese satraps entered the scene, so it was a time filled with new ideas that came from different directions. That being said, the movie primarily focuses on outcasts that are struggling to develop their new economy, and not in traditional characters like nobles and samurais. Miyazaki states that this is because he wished to portray the tension between nature and an incipient industrial civilization rather than focusing on historical accuracy. 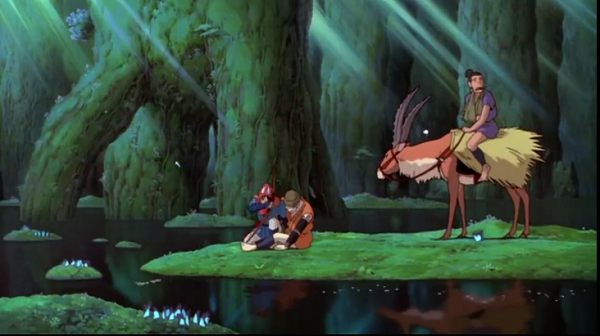 Nature is one of the most important themes in Princess Mononoke, so the scenery and the landscapes that appear in the movie are incredibly beautiful. In order to obtain inspiration, Miyazaki went scouting to the ancient forests of Yukushima (in Kyushu) and to the mountains of Shirakami-Sanchi (in northern Honshu), along with a group of art directors, background artists and digital animators. 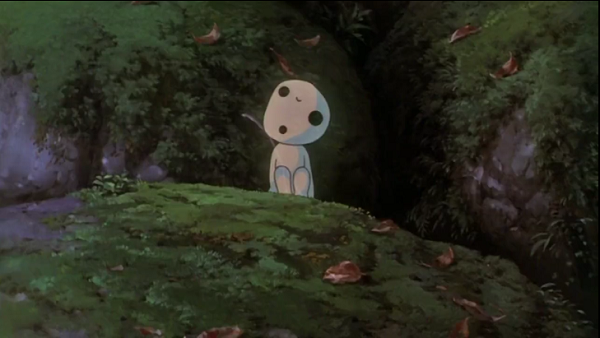 Besides its natural beauty, the forest in Princess Mononoke is filled with fantastic beings inspired by mythological creatures. The small and curious Kodama are forest spirits which, in japanese folklore, bring bad luck to whoever cuts down their tree. Another example is the Great Forest Spirit which resembles a Kirin, a creature from the chinese folklore that has an immense power and punishes the wicked.

Princess Mononoke is a film that immerses you into a fantastic world where humans have to learn how to coexist with nature. Besides the fact that the film themes are highly relevant to our modern society, this movie's animation is also an incredible work of art inspired by real landscapes and folklore stories. 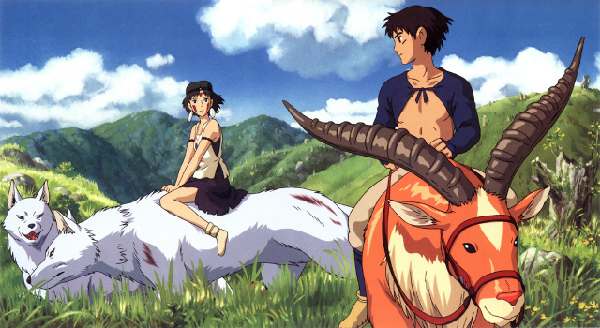