How has anime nose changed the art style? 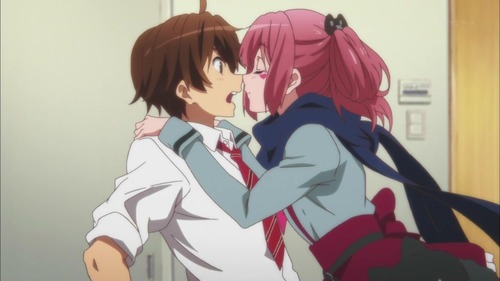 Noses are an important part of art because they're the center of human and animal faces. Technology is growing rapidly and with each advancement animation and graphics take off alongside it. But how have the years changed the design of the anime nose? Let’s take a look at how time and technology has evolved this basic human feature. 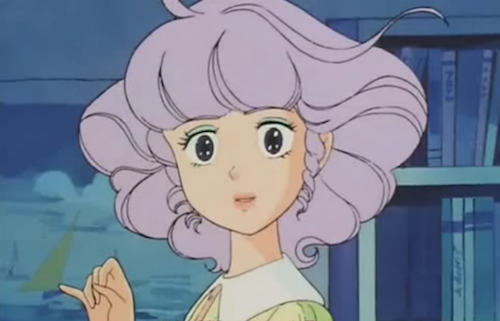 The anime nose, along with other facial features has always tended to be unrealistic. In this classic shoujo idol anime the main character, Yuu, has a short, curved nose. The lower part of the nose is larger and emphasized, creating a cute button nose that appeares in a range of anime such as Sasuga no Sarutobi and Kimagure Orange☆Road. 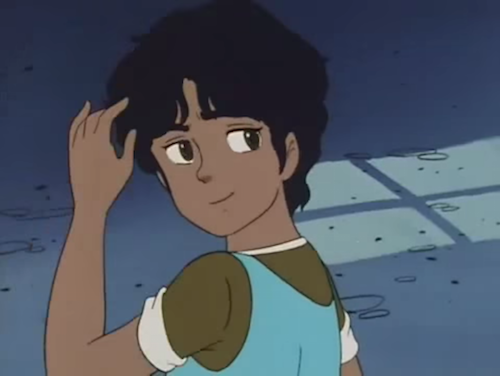 A fried to Yuu, Toshi, also has a curved nose. Here the button nose is larger, and the bridge of the nose is also drawn, unlike Mami's nose. Even back then, male and female anime noses are differentiated. 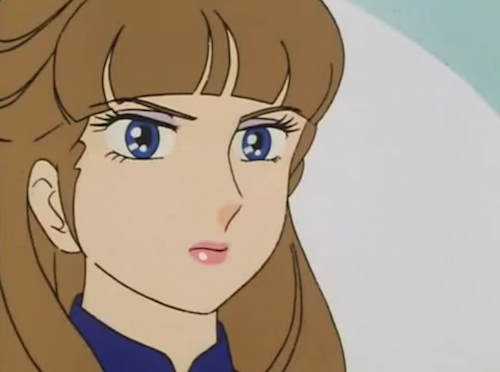 This is also where we see start a trend in anime noses for female characters: a lack of variety. Women and girls are either drawn with the adorable button nose or a sharp pointed nose like Megumi above. Some of the pointed noses are so sharp, they could be used as weapons－just check out Majokko Megu-chan or Detective Conan. 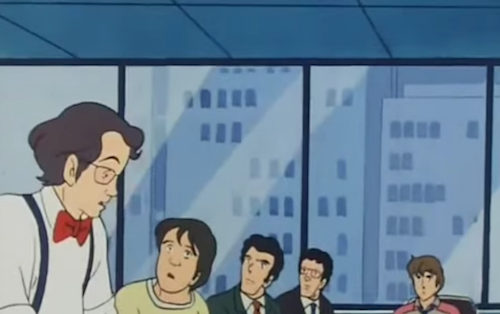 The board members of Yuu's talent agency nicely illustrate how male characters are gifted with the variety pack of interesting anime noses. But like the pretty young women, the men who are supposed to be more attractive are drawn with the same pointy nose as Megumi. It would appear that by anime nose standards, you're not attractive unless you have a thin pointed one. If you want to see a score of different men's noses, the Lupin III series is a great place to see several at once. Just be sure to note the background characters. 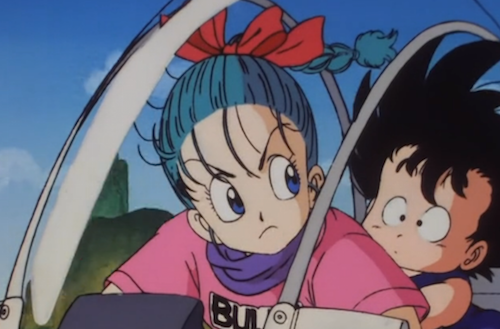 Toward the middle of the 80's we have the birth of the Dragon ball series and the continuation of the cartoon button nose without a bridge, like Gokuu's. Unlike with some of the later examples, the shape of his doesn't change even when his head is turned. The biggest change can be seen on Bulma, who has a thicker line. 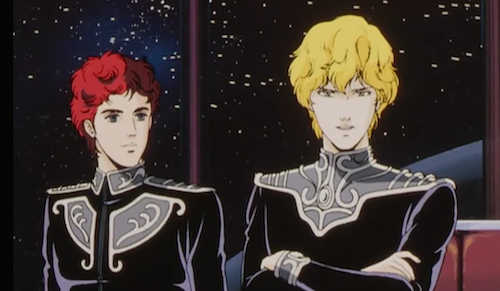 Reinhard and Siegfried's anime noses are not mere decoration; they have functioning noses with nostrils! Sadly, anime characters are denied the gift (or in some cases the curse) of smell for quite some time before this style of nose is picked up again. 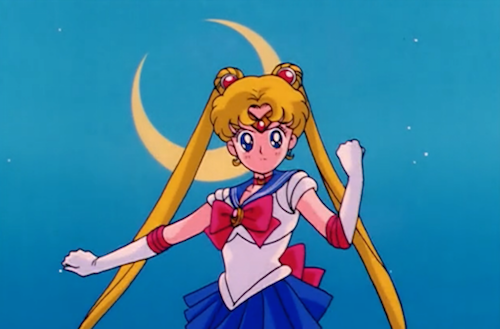 Sailor Moon kicks off the 90s by popularizing the pointy nose. From this point on, most characters are drawn with a curvy pointed nose rather than a button style. This is also seen in Oniisama e.... 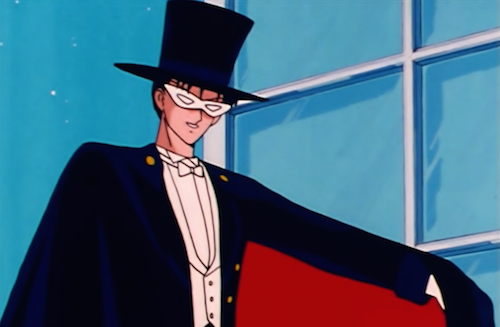 At first glance it may seem that Tuxedo Mask has the same nose as Usagi, but you can see that his nose looks so straight that you'd think the animators used a ruler to draw it. 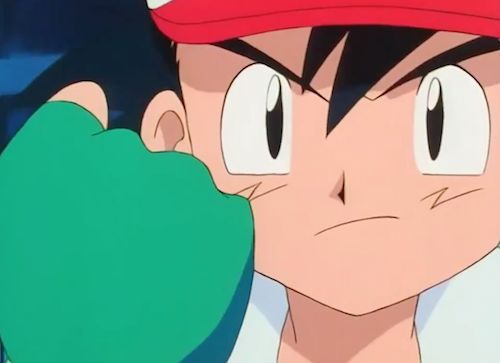 Later in the 90's we see the birth of the straight line nose when characters are facing forward. Early examples of this style, as seen here with Ash, are shorter, but later generations we see this line grow longer. Ash also still retains the point which almost looks as if his nose is painfully being shoved to the side as he looks on at the camera. 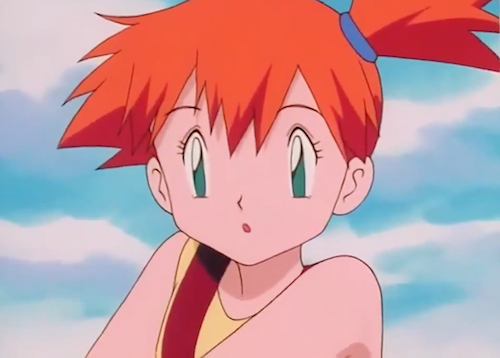 Misty shows us how the classic cute little button nose evolves into a fine point, but without the semblance of a bridge like in Sailor Moon. It kind of resembles the greater than, less than symbol from our elementary math class. Another example of this style of nose can be seen in Kodomo no Omocha. 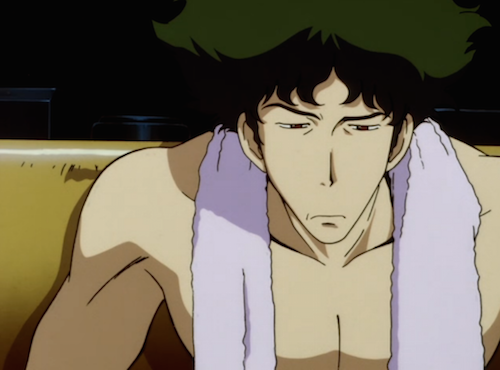 Spike's anime nose is the most realistic example thus far as it has nostrils, is less pointed, and has a shadow. 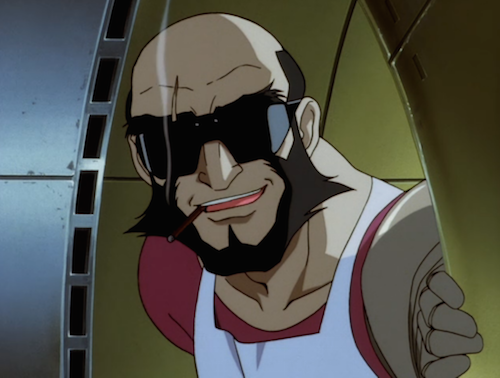 As always, the men have the variety pack of noses. For example, take Jet's arrow-shaped nose. Other examples of interesting male noses can be found by checking out some of the minor background characters in Cowboy Bebop. Domon Ishijima from Rekka no Honoo is another great example of an over-sized male nose. 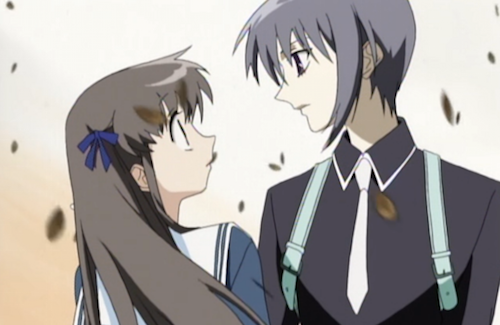 The differences between genders becomes smaller with the turn of the century. In Fruits Basket, a shoujo series, both genders are illustrated with a pointed nose, but as you can see here, Yuki's nose is a bit bigger than Tooru's. 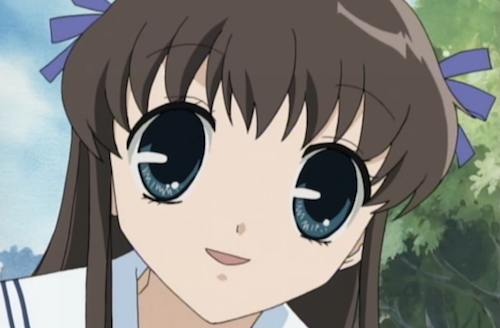 However, the characters' noses are very different when they face the camera. Here we see Tooru's nose almost disappears, and pretty much becomes a dash with a shadow. It really makes you wonder if she even has the ability to smell with a nose that small. 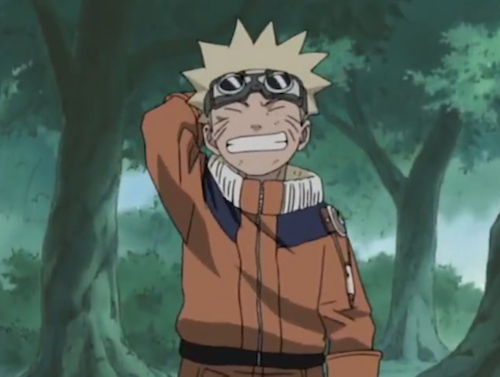 The characters of Naruto can breathe a sigh of relief because they also receive a semblance of nostrils - dots indicating the holes at the bottom of the nose. We also see a return to an emphasis only on the bottom part of the nose, but this time it is shown by a shadow instead of a curve. 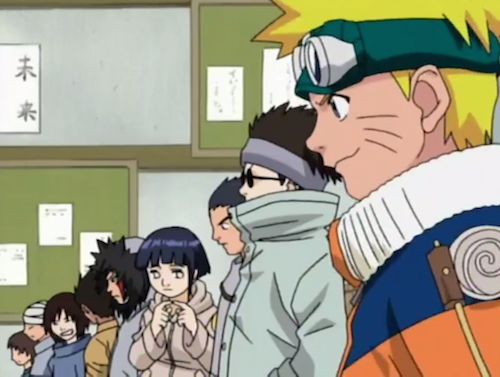 When looking at Naruto's nose from the side, we can see that the animators kept a childlike nose but made it more realistic than that of past anime. The nose is no longer unrealistically pointy, and instead is nice and rounded. There is also a shadow as well as nostrils making it more realistic. 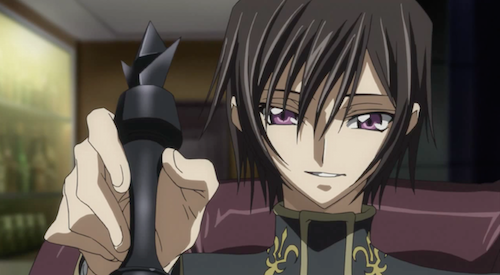 From the side Lelouch has a sharp pointed nose similar to Ash or Misty. However when viewed from the front we can see it has developed on this simple design from the 90s. The whole nose is shadowed rather than just a small portion, and the line is further extended to make a complete bridge. 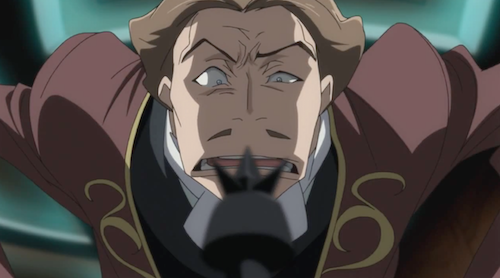 As is often the case in anime, the older men in Code Geass have larger noses then that of the younger men. This makes one wonder if men are cursed with noses that grow as they get older... at least us women appear to be safe from such a fate- because women can never have large noses! 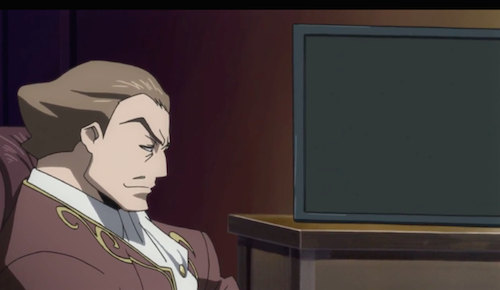 Another key difference that can be seen between the anime noses on younger and older male characters is the curve of the nose. Most of the attractive young men have noses that curve in like women's noses, while the older generation have noses that seem like they want to pop out from their heads! 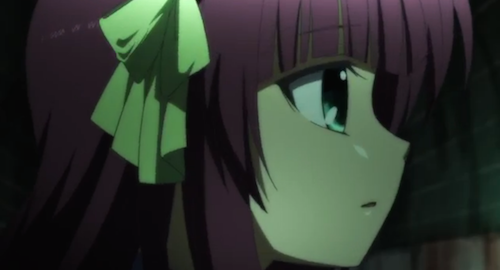 Yuri might have a lot of weapons at the ready, but the pointy nose isn't one of them. Here we see the return of the pointy nose, but much smaller than the noses of the 80s and 90s. Overall, we see the continuation of the Fruits Basket style animation where the nose is almost forgotten on the face. This style continues to take off as it appears in, Nisekoi, Magi: The Labyrinth of Magic, and Soredemo Sekai wa Utsukushii. 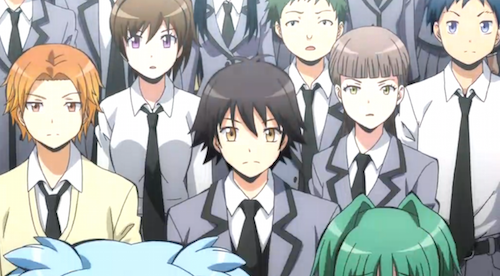 Another trend that can be seen over the decades is the difference in animation between shounen and shoujo anime nose styles. Shounen anime noses tend to be more realistic while Shoujo anime noses are more 'cute' (because heaven forbid girls watch anything that isn't cute). But we can see here with the students of E class that this trend is dying out and that the differences between the genders (in terms of noses in anime) is also beginning to disappear.

We've taken you from little buttons noses, to deadly points, to dots in our exploration of the history of the anime nose. We hope you have enjoyed this journey and that it will help any inspiring mangakas out there!