Everyone knows the genius chick trope in anime: meek, socially inept, hiding behind a pair of glasses. It’s time to break the mold and meet 11 girls whose brilliant minds and beauty are both top-notch. Some are scientists, and some are simply brainiacs－there's more than meets the eye!

Dark hair, pinned back or up in a neat bun. Glasses. A lab coat. Are you picturing it? You know what we’re talking about - the typical female scientist in an anime.

Female scientists are so often depicted in this way, that it’s become a trope. They’re emotionally conservative, often either motherly and reserved, or withdrawn into their scientific minds. It’s almost as if their genius takes up all the space in their brains, leaving no room for social interaction.

Of course, for every trope there are characters who break the mold. Meet some scientists, as well as other smart, logical women, whose appeal and sexiness comes not just from their looks, but from their brilliant brains as well!

Kurisu is as brilliant as she is beautiful, and she doesn’t believe in tropes (she only wears that lab coat because Okabe made her!). She’s confident, outgoing, and perfectly comfortable in social situations. Just don’t call her a tsundere.

Shiki gazes at the world through eyes devoid of emotion, trying to process everything as scientifically and systematically as possible. Moe sees the world more like a child would, letting her emotions get the best of her. They are two sides of the same coin, both highly intelligent but with contrasting personalities. 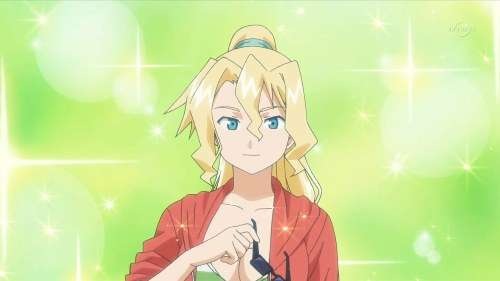 Cyndi might not have the most intelligent mind, but she definitely takes her job as an American researcher of extraterrestrials seriously. With her golden locks, American mannerism, and excellent, er, plot points, she fits right in by the seaside－though she’s never far from her laboratory.

Bulma’s role in the anime faded into the background as the series progressed, so it’s easy to forget her genius. Bulma invents the Dragon Radar as well as a time machine, not something you’d expect from an adventurer pining for a perfect boyfriend.

You might look at Atsuko and wonder what she’s doing on this list. After all, she fits the scientist chick trope to a T. But Atsuko is noteworthy for her alter-ego, and arguably, her true self: Paprika. She might take on a different appearance, but she’s definitely still the same highly skilled scientist.

Nana is a science teacher with two passions: inventing and exploding things. Well, maybe the second is just an occupational hazard. With a face like that, how can you stay mad at her for blowing up half the school building?

Hange Zoë from Shingeki no Kyojin (Attack on Titan)

Hange is passionate about her research, but that doesn’t stop her from being upbeat and emotional. She’s regarded by some as being odd but harmless, as long as you don’t trigger one of her endless lectures. 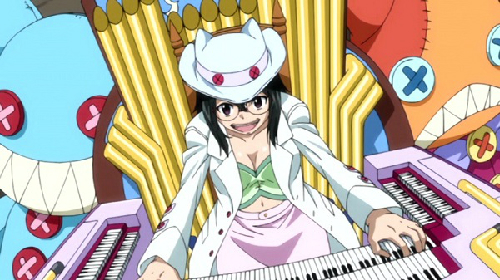 Daphne goes through several personality changes from the moment you meet her, but she’s anything but a typical scientist-inventor. She is obsessive about conducting her research, though -- you don’t want to get between her and her goal.

Rakshata is the very definition of a gorgeous female anime scientist. She’s a talented inventor, building many technological “children.” She somehow manages to do this despite spending most of her days loafing around with her pipe in hand. 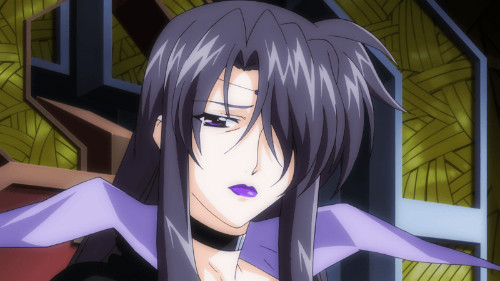 While many female anime scientists are depicted as soft-spoken and kind, Precia is mean and abusive. Before she turned into a villain, Precia was a brilliant scientist with her hand in the creation of magical girl familiars and another, even more impressive secret project.

Sigyn might be a Queen, but that doesn’t stop her from pursuing her true passion: becoming a scientist. Her Royal Highness is better known among some as the “Mad Scientist.”