The best thing about elections in Shokugeki no Souma? No commercials, no debates, and no Super PAC - but we do have fish heads and candidates falling asleep on-stage... 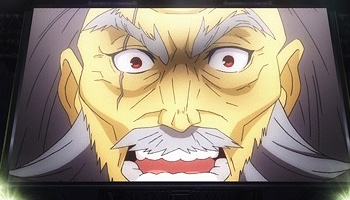 It's election season, and we're not even in Iowa or New Hampshire. We've been building up to the Autumn Elections arc in Shokugeki no Souma for a good while, and it's finally here - with the first episode starting the process of breaking down this complicated process into bite-size pieces. 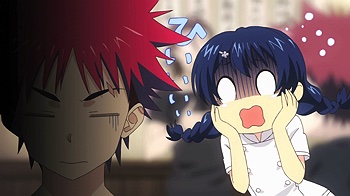 I think the most relevant piece of information here is that the final round of the election will consist of only 8 candidates, or four from each group (think of them as the primaries). The mathematics are obviously kind of harsh here, as we have a hell of a lot more than eight significant characters running. If one hasn't been watching the OP and ED closely this probably wouldn't be a good time to do so, as there are surely spoilers involved - I'm intentionally zipping through them now.

For reference, here are some of the major players: 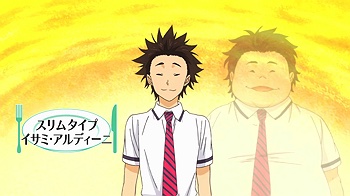 Who's in for sure? Souma, obviously. Alice, because she's clearly super-talented if nothing else. Maybe Megumi could get chopped, though I kind of doubt it. Same with Nikumi. Why introduce Houjou and Hayama and pay them so much attention just to chop them? It seems likely either Hisako or Nao goes through, and one of the Aldinis but not both (I think Isami is a sleeper). I think things are looking grim for the second-tier Polaris dormers - hard to see any of them surviving these odds. 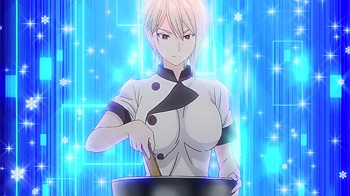 It was interesting seeing Isami get some focus here for once - not going back to Italy for the summer, losing a ton of weight (temporarily, I guess). And poor Takumi gets labeled as "uninteresting" - I think he's in trouble. We also meet the Sendawara twins (both played by Hikasa Youko) Natsume and Orie - both of them scions of a curry empire, one judging each group of the preliminaries (Orie refers to a tomato as a vegetable, which seems like rather an odd mistake for a cooking series). 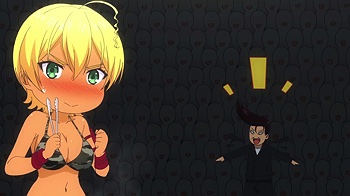 Once the Chairman coughs his way through his speech and the competition begins, everyone is pretty much on their usual form - Megumi is nervous and clumsy, Alice is doing something unorthodox and sparkly, etc. - though Ryou finally flashes his dynamic side. And as for Souma-kun, well - he falls asleep standing at his cooktop, for which there's certainly to be a more interesting explanation next week than lack of sleep...