Do you love Kill la Kill? How about cosplay? We'll give you both! 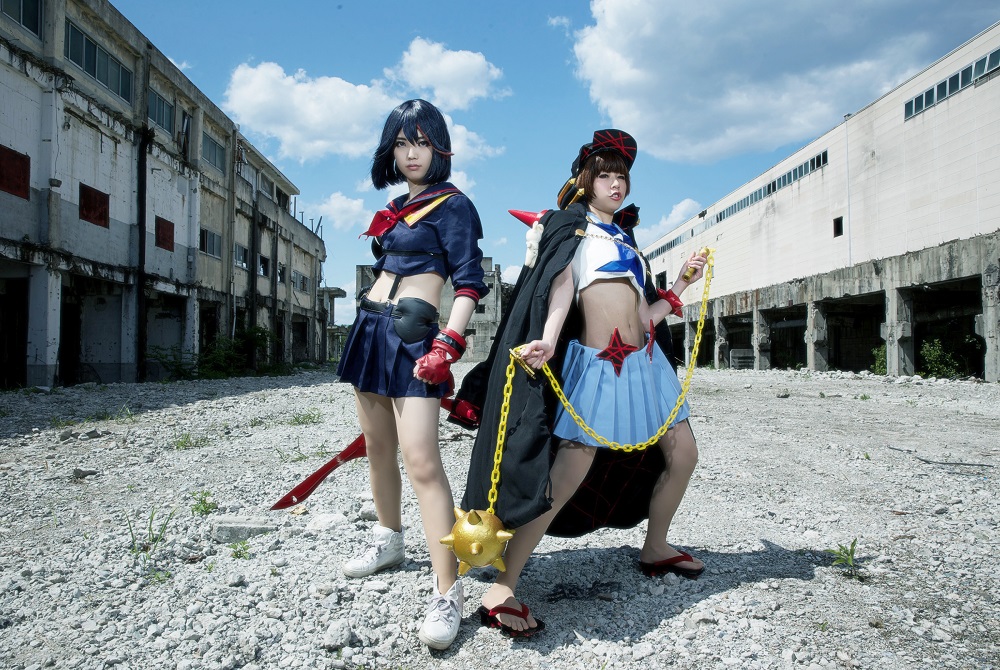 Every true Kill la Kill fan has at least once dreamt of wearing the cool threads that served as the central theme of Kill la Kill. These amazing ladies made that fantasy a reality with these beautiful, high quality cosplay photos. Their love for the series is heartwarming and will definitely put a smile on your face. 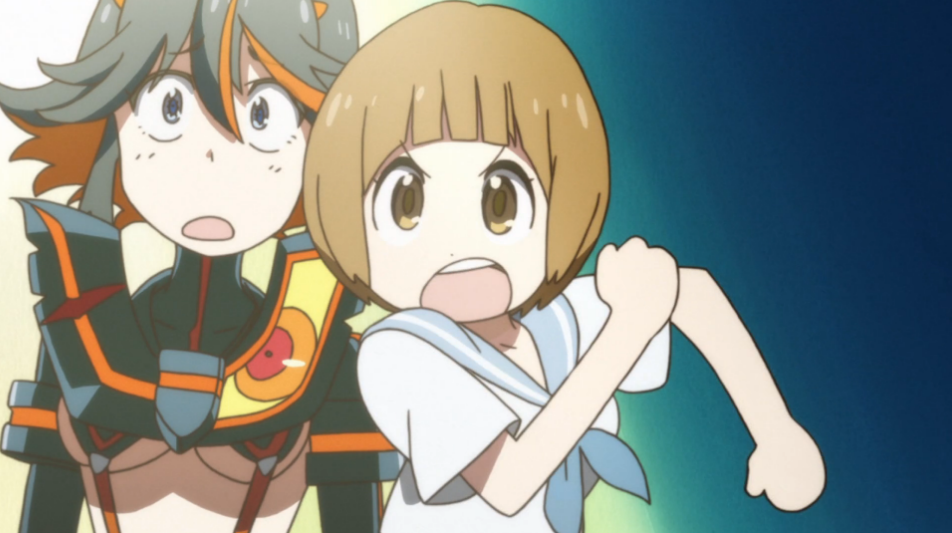 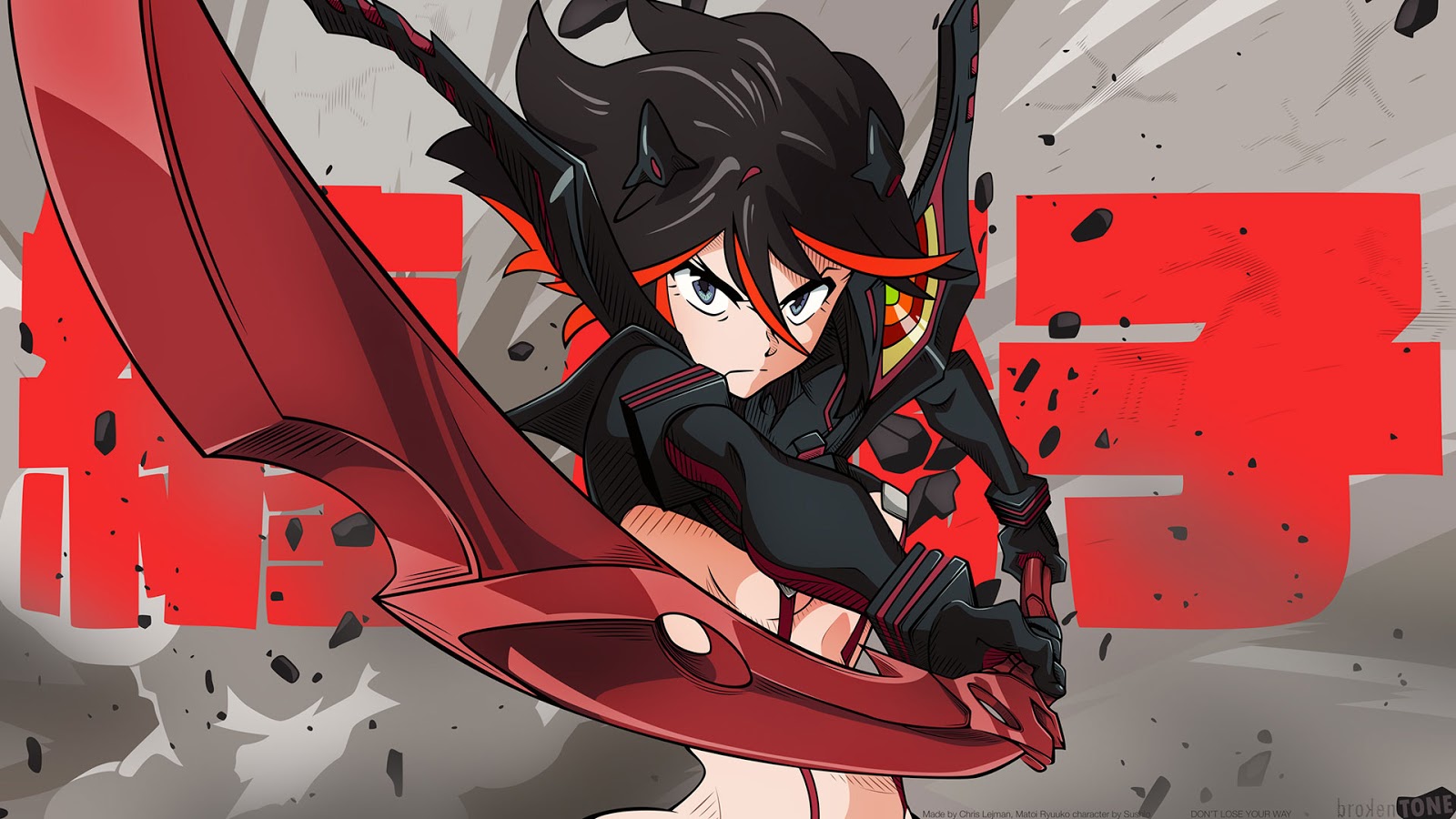 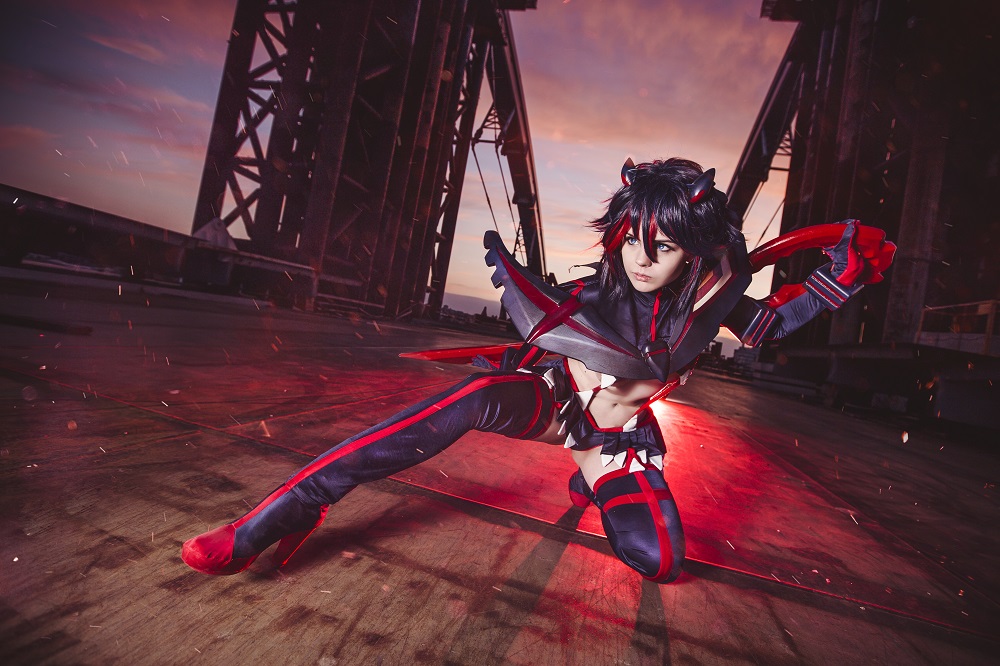 "For me, Ryuuko Matoi is a character that definitely changed my life! When I first saw the Kill la Kill trailer, I really fell in love with the fact that she was a brutal and resistant girl that chose her own path in life. At that time, I was always thinking about the people around me - what they will think if I do this? Or that? It was an endless dilemma. But Ryuuko showed me that it is okay to sometimes just do whatever you feel like doing! I started to work towards gaining self-confidence. Looking back, I can tell: That was the best decision in my life!"

"When I first saw her battle uniform, I was like Whaaaat?! No way I'm doing this cosplay!, but as you see, things change. I really love the result of my work. Now I remake Ryuuko's uniform a lot. Hopefully I'll be able to make something new this summer, fingers crossed! I am forever grateful for the tons of messages that I have received so far, and I hope that you will support me in the future. Your words give me the ability to move forward no matter what :)" 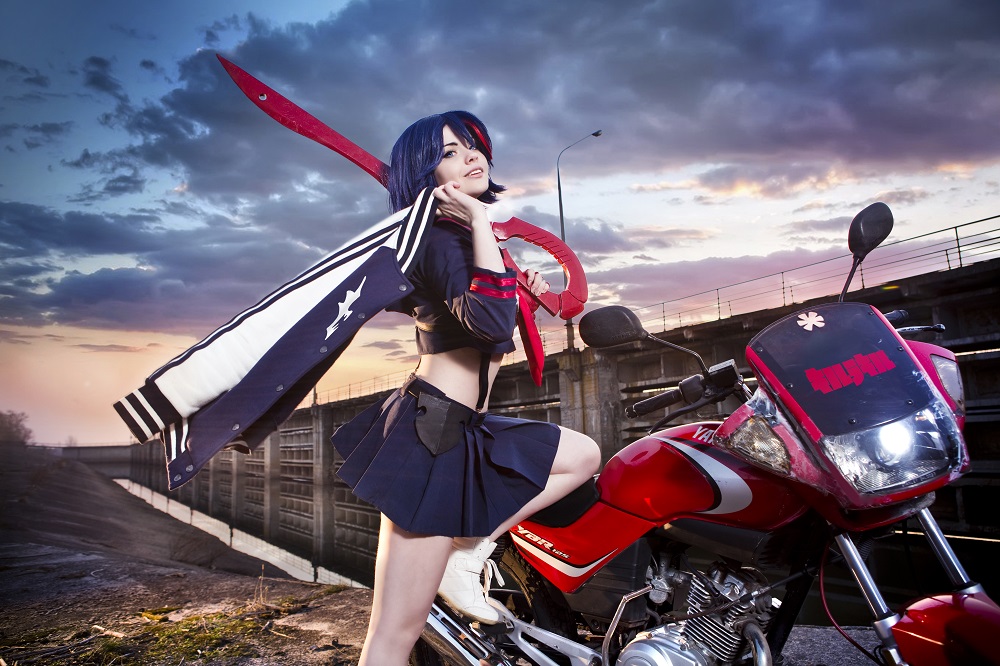 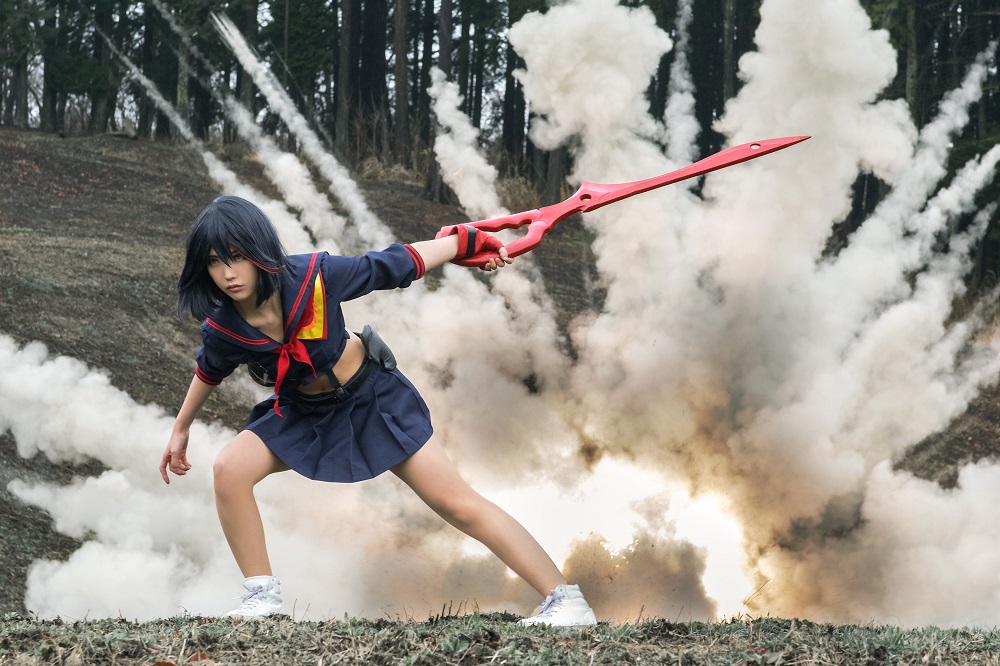 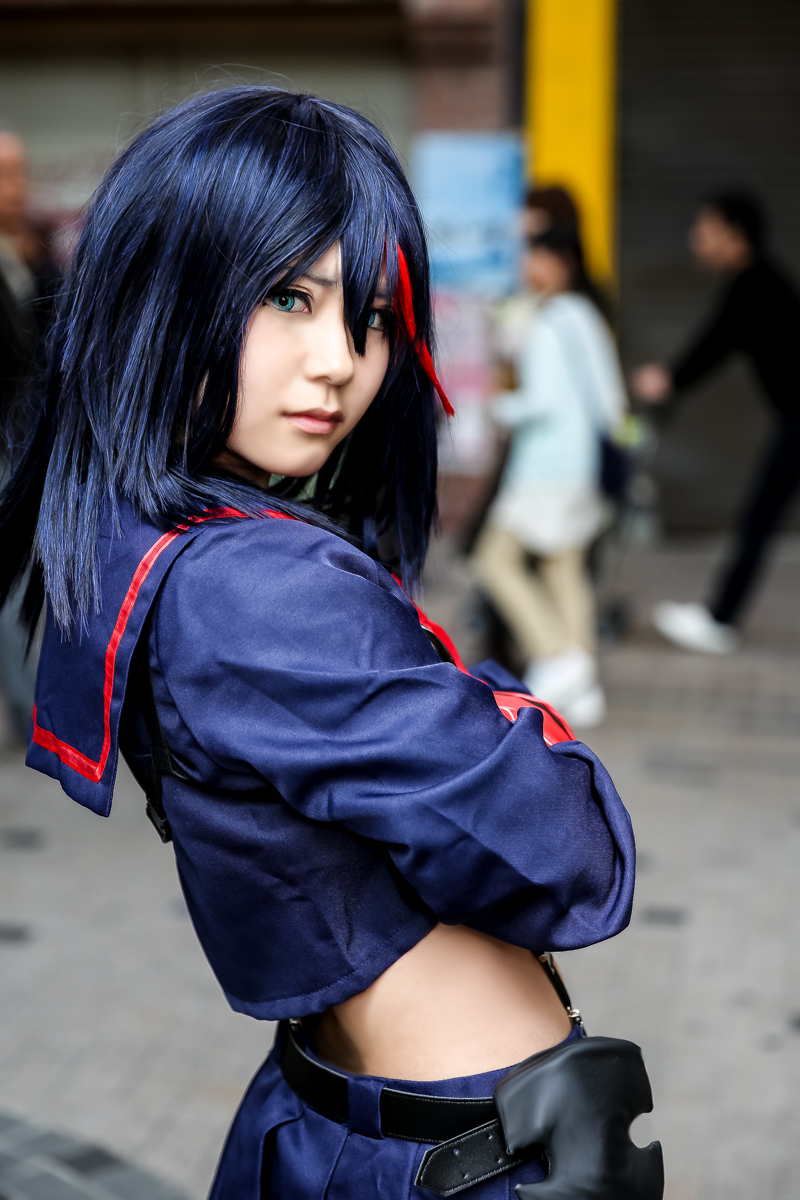 "My sister and I both love anime and enjoy doing cosplay for our favorite characters!" 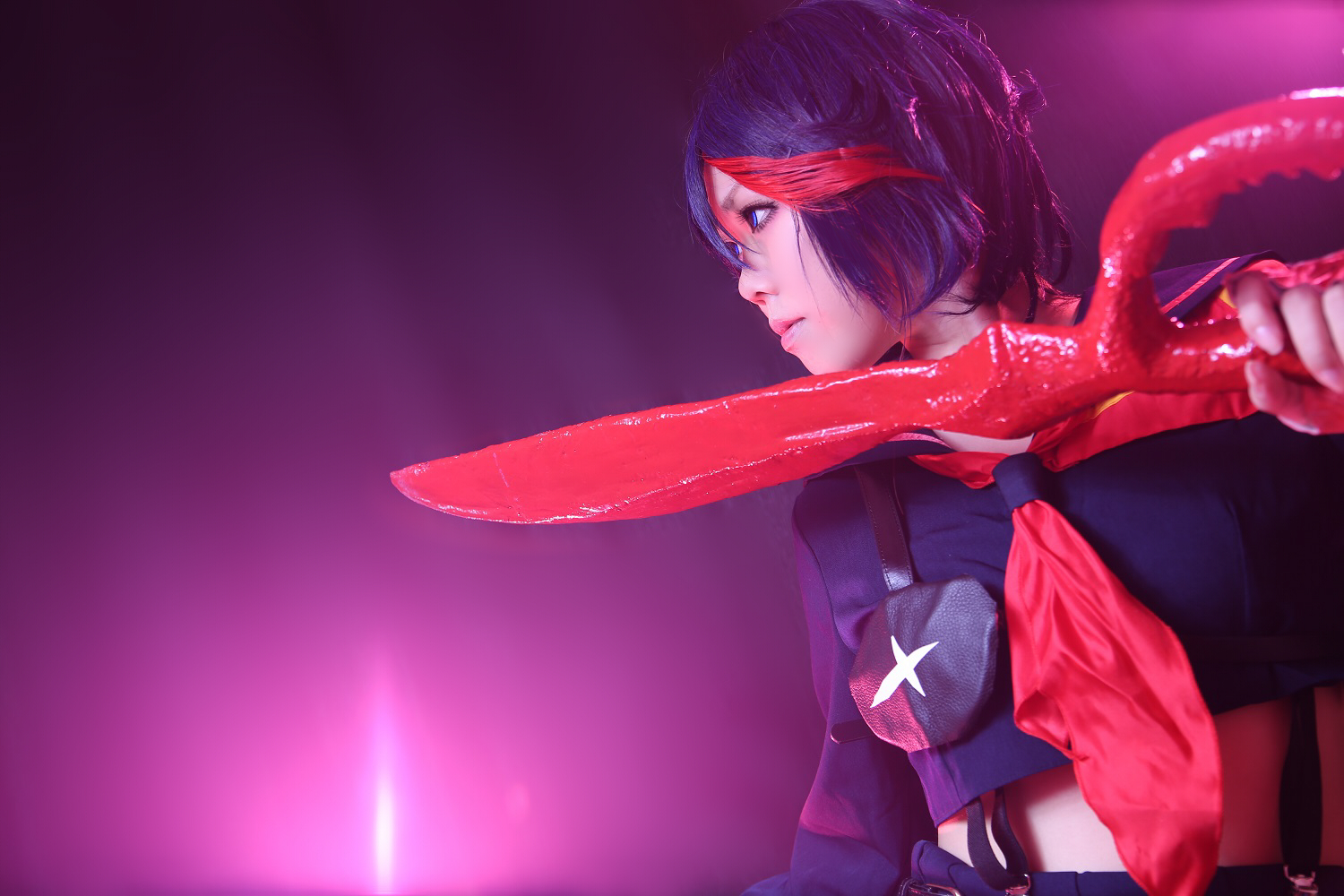 "I am very grateful for being given the opportunity to be a part of this amazing article. I hope viewers enjoy my cosplay of Ryuuko." 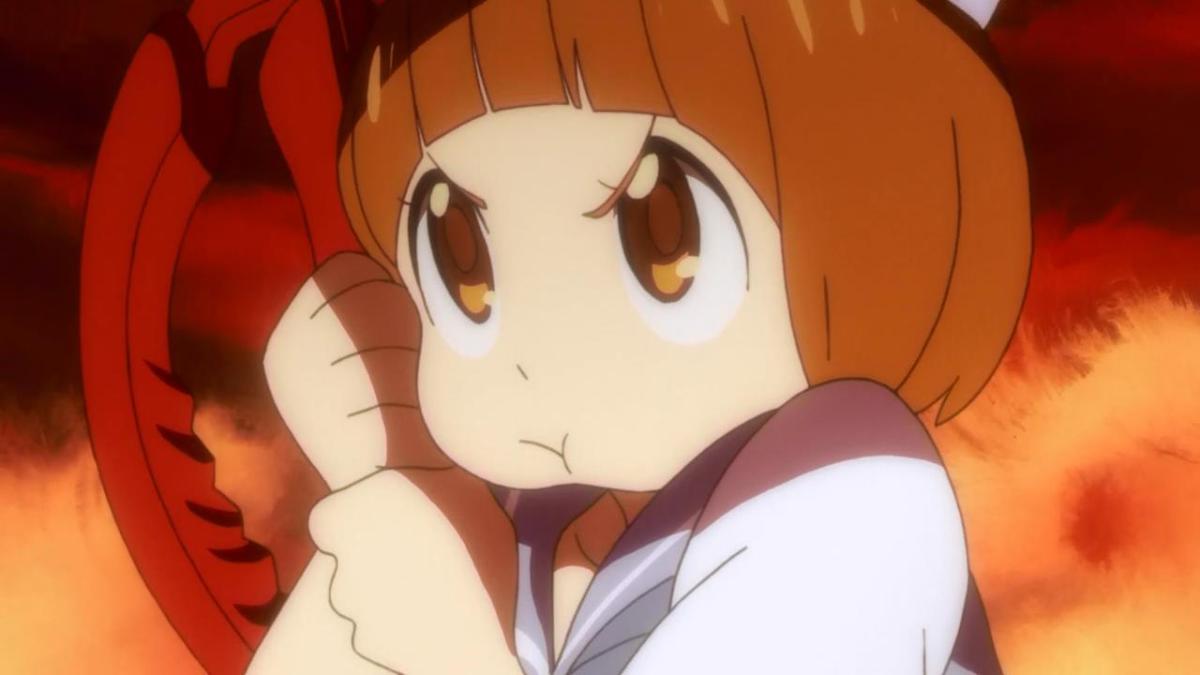 Mako Mankanshoku is the immature goofball who serves as the comic relief of the super serious Kill la Kill series. 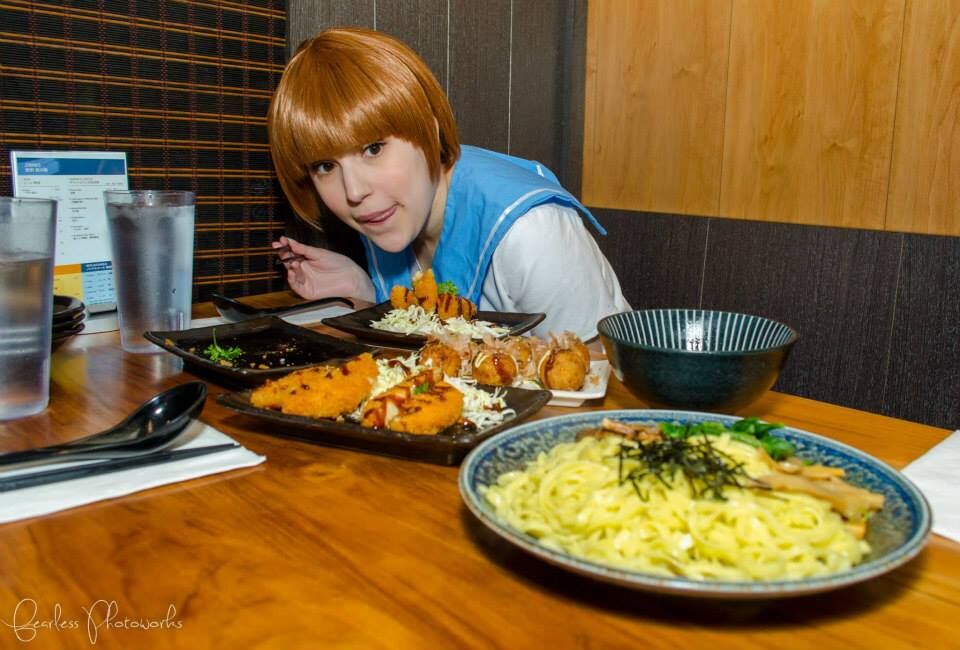 Why I cosplay Mako Mankanshoku:

"I love Mako for who she is and all the silliness she stands for. Mako's positive attitude, joy, and energy is infectious. I couldn't resist making her the moment she debuted. Mako is a relaxed and fun costume that's always a blast to wear. I also get to eat tons of great food and make funny faces, which is always a huge plus." 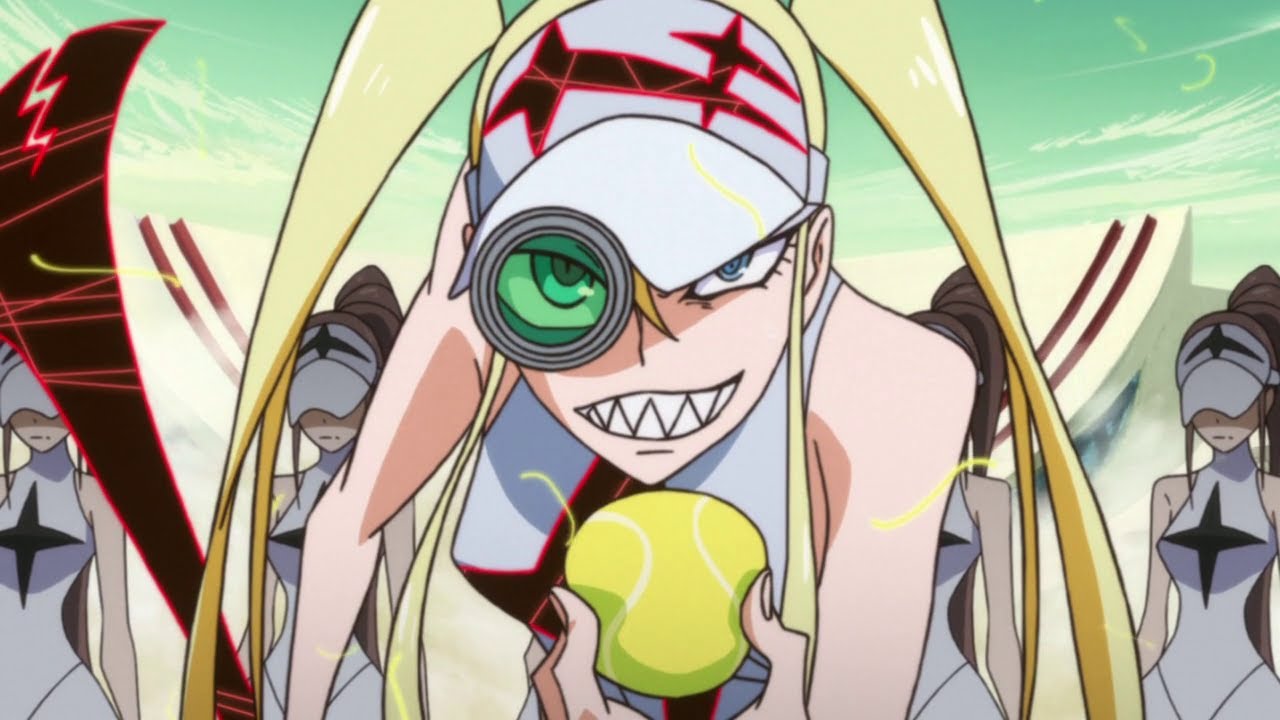 Tennis superstar? Please! Sharapova is nothing compared to this blonde bombshell! 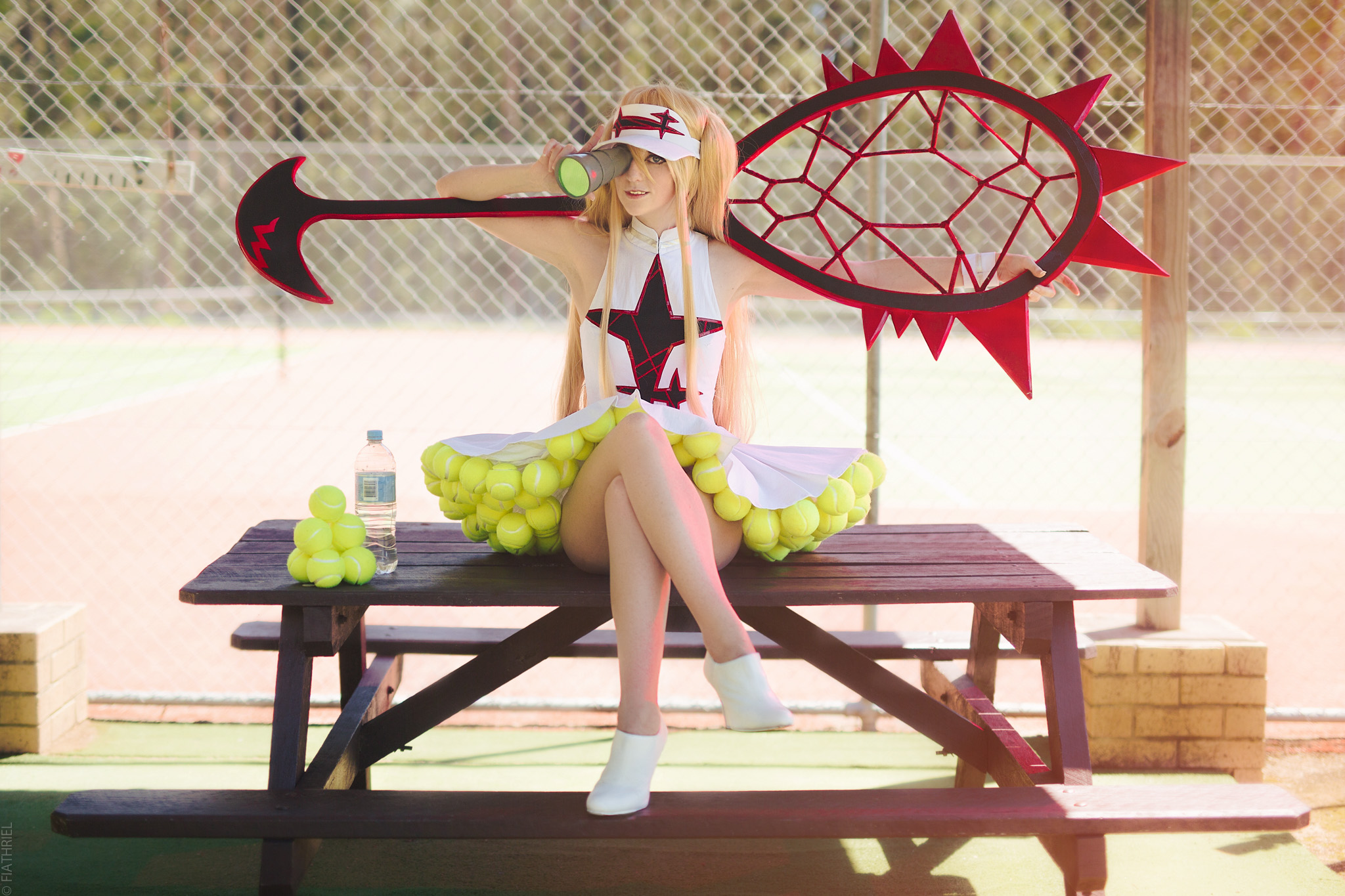 Why I cosplay Omiko Hakodate:

"Omiko Hakodate is such a wild character! Her Two-Star Goku Uniform consists of a sports dress with an enormous number of tennis balls underneath the skirt, and she wields a giant, spiked tennis racket that can serve a dozen tennis balls in a single attack. To top it all off, she uses a multipurpose lens worn over one eye to give her an added advantage on the court. Kill la Kill is well known for insane character and costume designs, so I was eager to challenge myself with this over-the-top tennis outfit. Omiko's scary (and hilarious) dedication to running her Girls' Tennis Club and her expressiveness and cocky attitude made her an incredibly fun character to portray. I used 100 foam balls covered in bright yellow-green fabric to create the handmade tennis balls in the skirt (real tennis balls are too heavy for such a gravity-defying design), and sewed them into a reinforced petticoat to be worn under the dress. Despite how it looks, all those tennis balls are quite comfortable to wear and I can easily walk, run and even sit down in this cosplay! I haven't tried to play an actual game of tennis in it yet, but... Thank you for your time and consideration!" 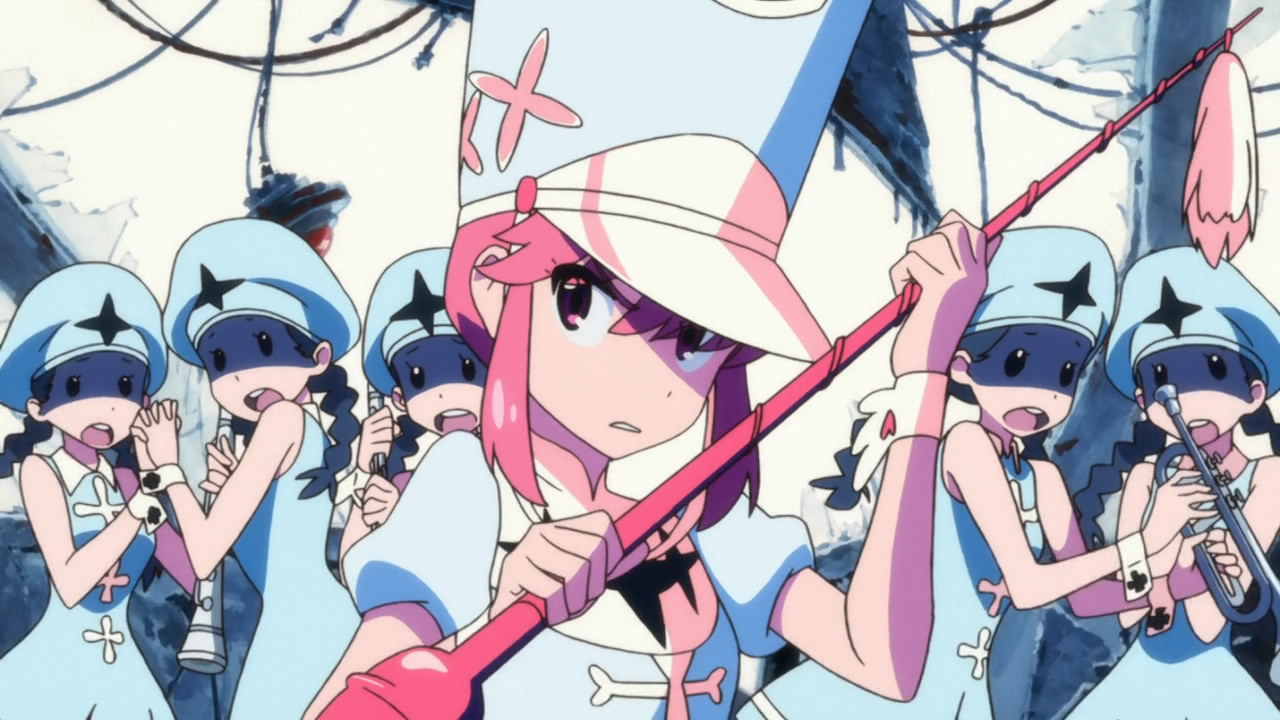 Nonon adds a beautiful grace to the otherwise chaotic Kill la Kill series. Every series needs a bit of sugar... and spice?! 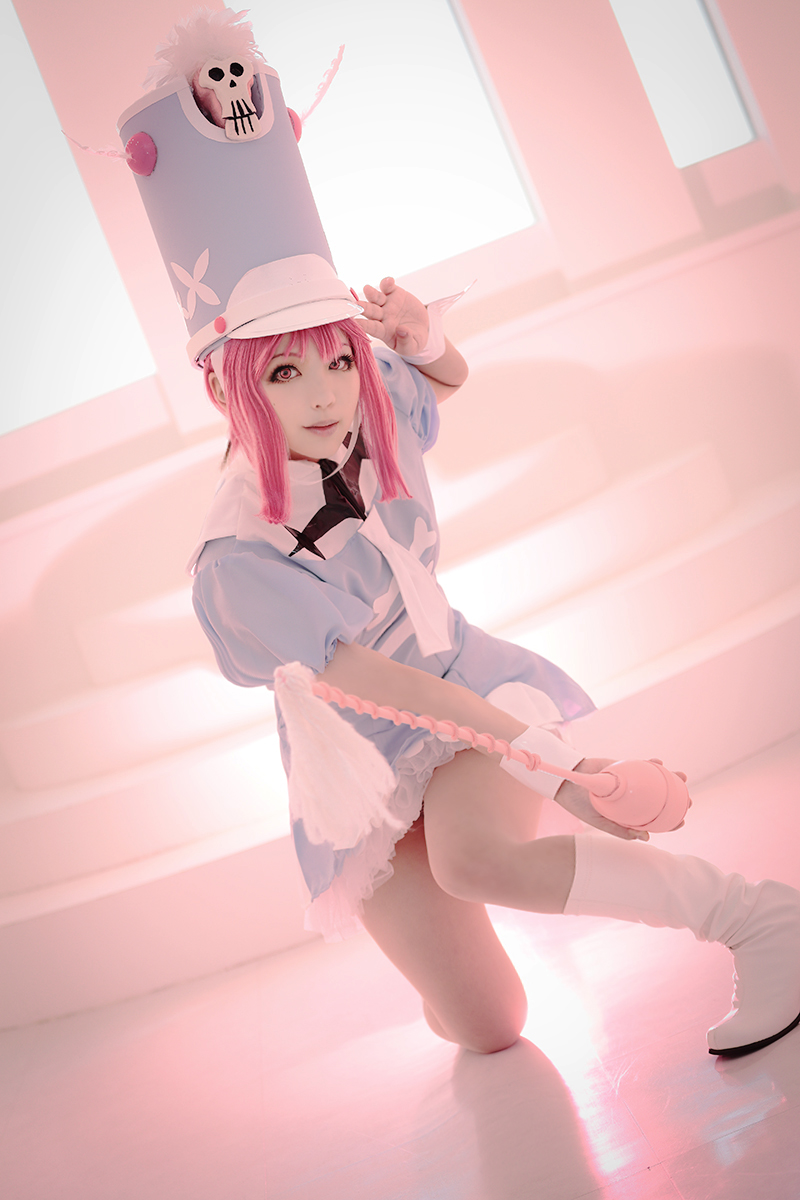 Why I cosplay Jakuzure Nonon:

"Nice to meet you all, my name's Koh. I have always enjoyed cosplaying for anime, especially Kill la Kill. I'm very thankful that I could be a part of this article!" 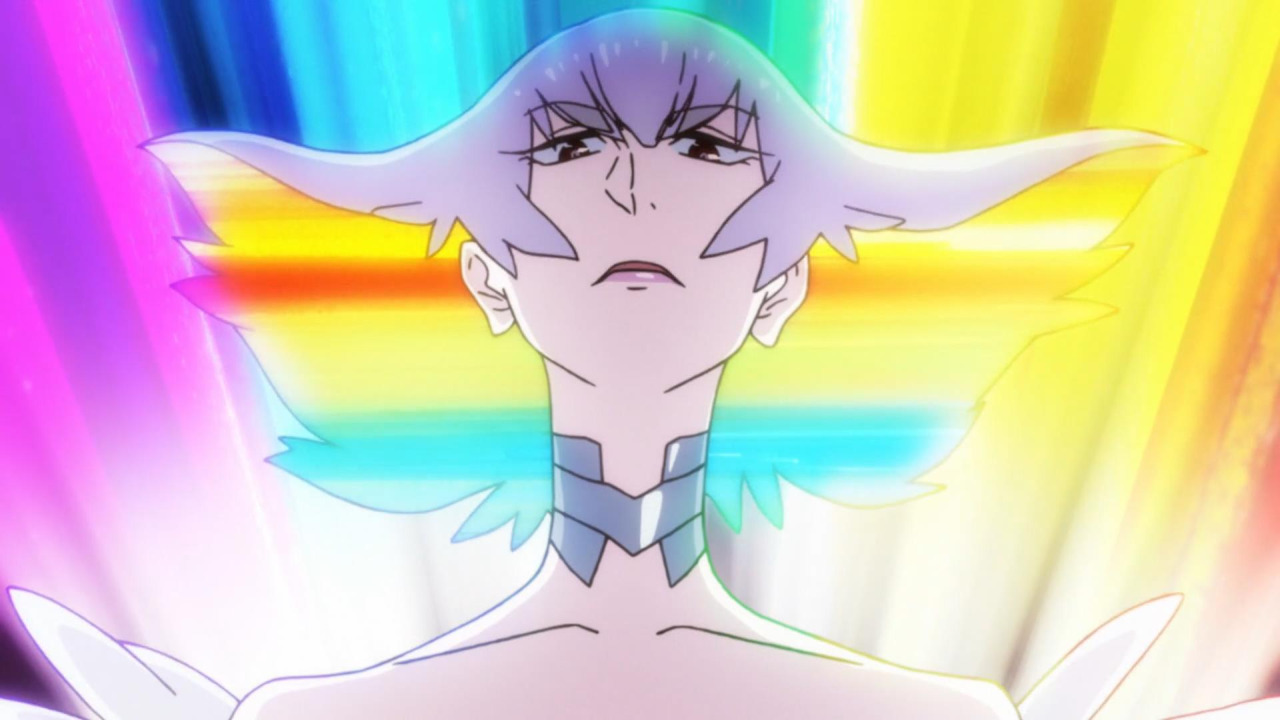 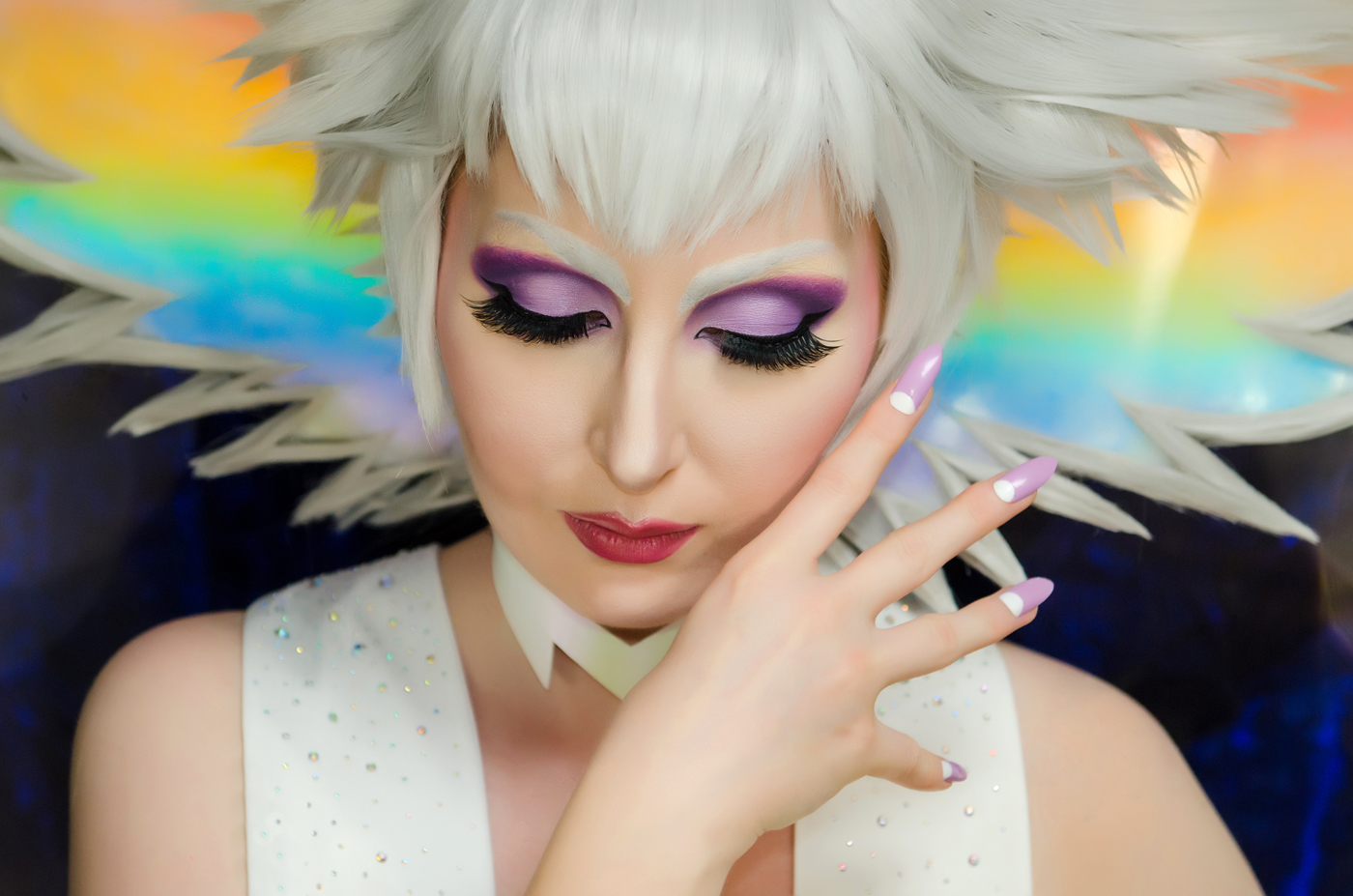 Why I cosplay Ragyou Kiryuuin:

"The first time I watched Kill la Kill, I knew it was going to be another one of those super fun series with lots of fan service and action. And that is totally my thing! Most of the characters develop over time, but not Ragyou. She simply keeps her act and stays true to it until the end. What fascinated me about Ragyo was her pure insanity. She sacrificed her own child for her goals, seemingly without any emotions at all. Basically she is a total psychopath and, to me, that's very interesting. I like finding out why and how people tick the way they do. The same goes for the characters I cosplay.

Another reason why I wanted to cosplay her was to have the chance to work with new materials and learn new techniques. This was the first time I've ever made a wig this huge and it even lights up! The colors are not drawn on, there's actual electronics in it that make it light up (it's called El-Wire). Unfortunately, the wig hurts a lot so I didn't have the chance to wear Ragyo a lot yet." 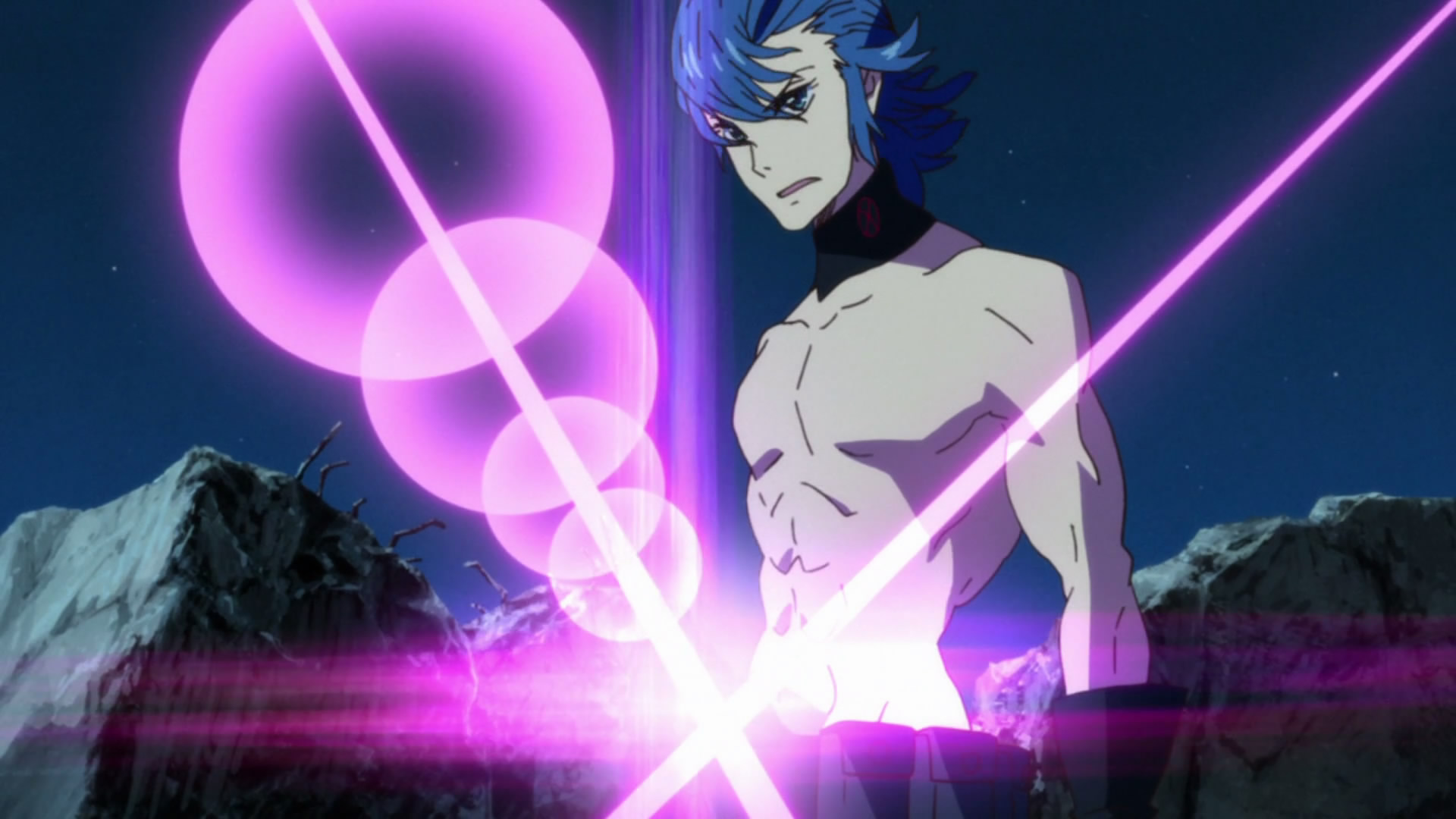 Naked is beautiful. And it glows. 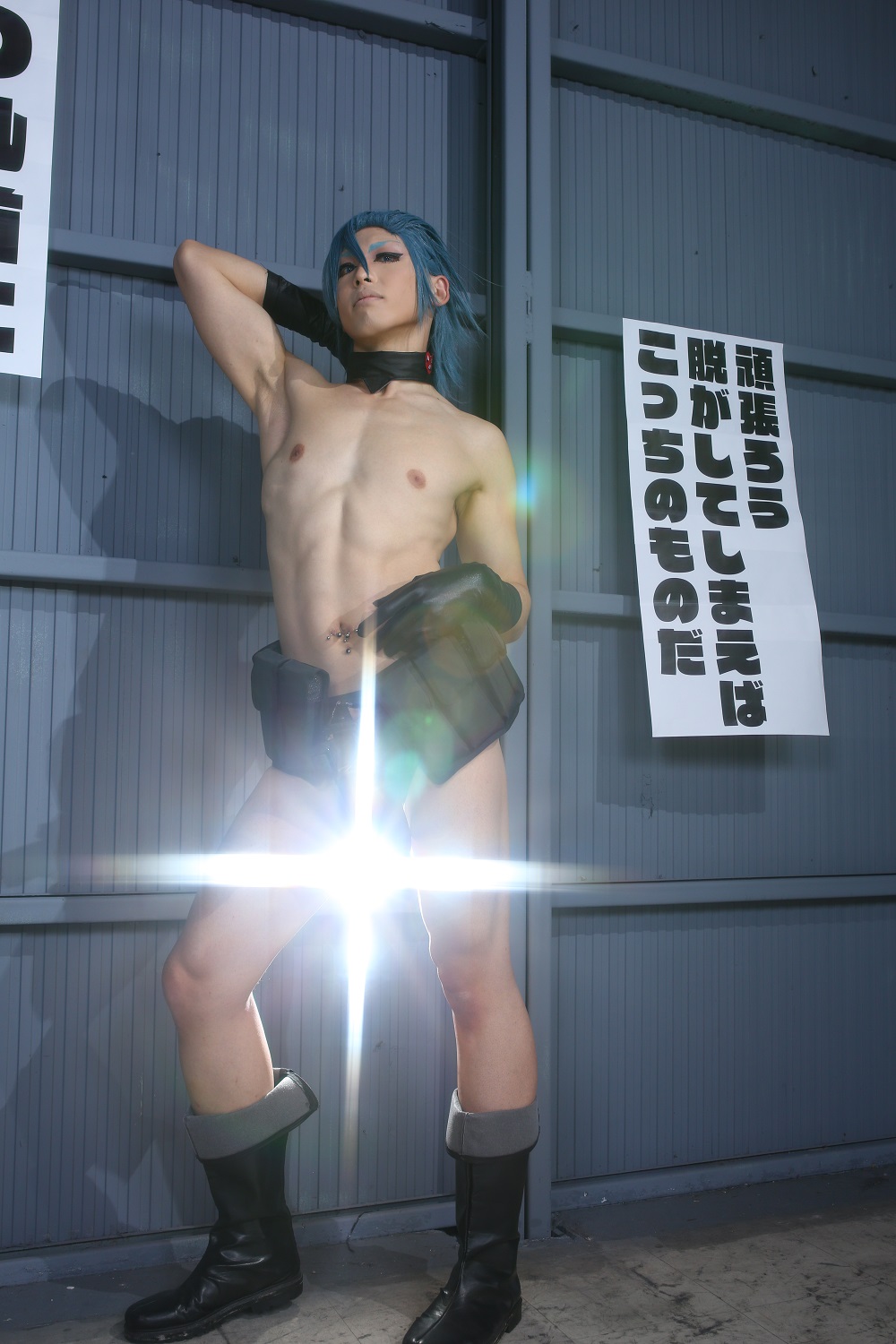 Why I cosplay Aikurou Mikisugi:

"I work out, strip, and cosplay! My body is the perfect costume!" 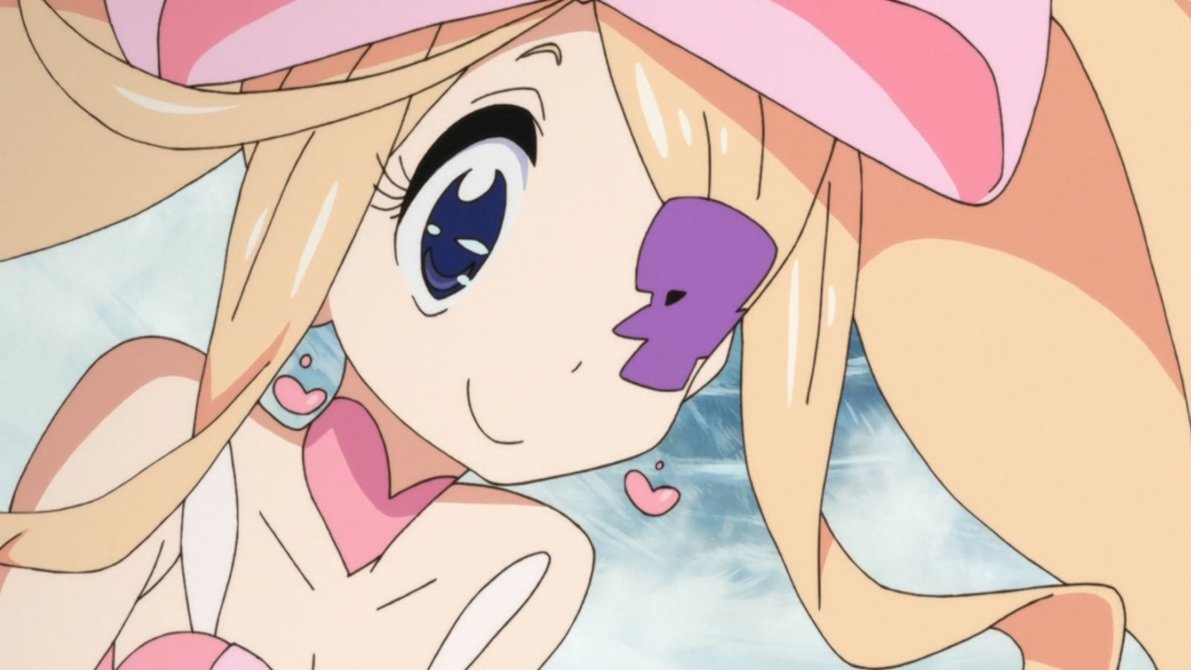 Nui Harime is the pretty princess of Kill la Kill. What little girl doesn't dream of putting on a pink ribbon that size? 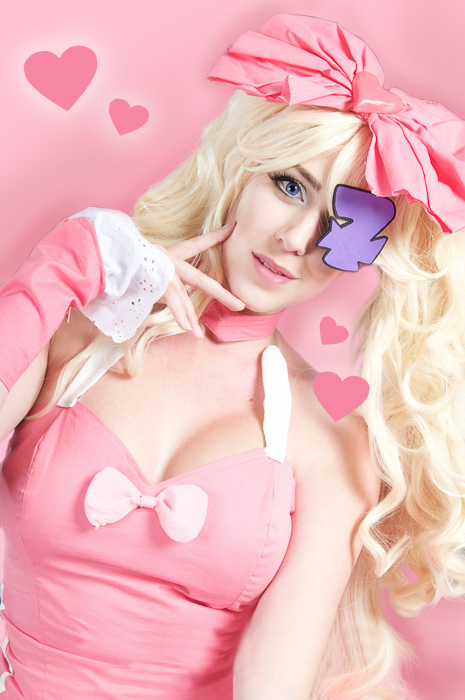 Photographed by The Enthusiasts - Ramencon 2015

Why I cosplay Nui Harime:

"Nui Harime’s personality is why this cosplay is one of my favorites. On the surface, she appears kind and friendly, but she’s actually sadistic and sociopathic. I love the contrast between her costume and her personality." 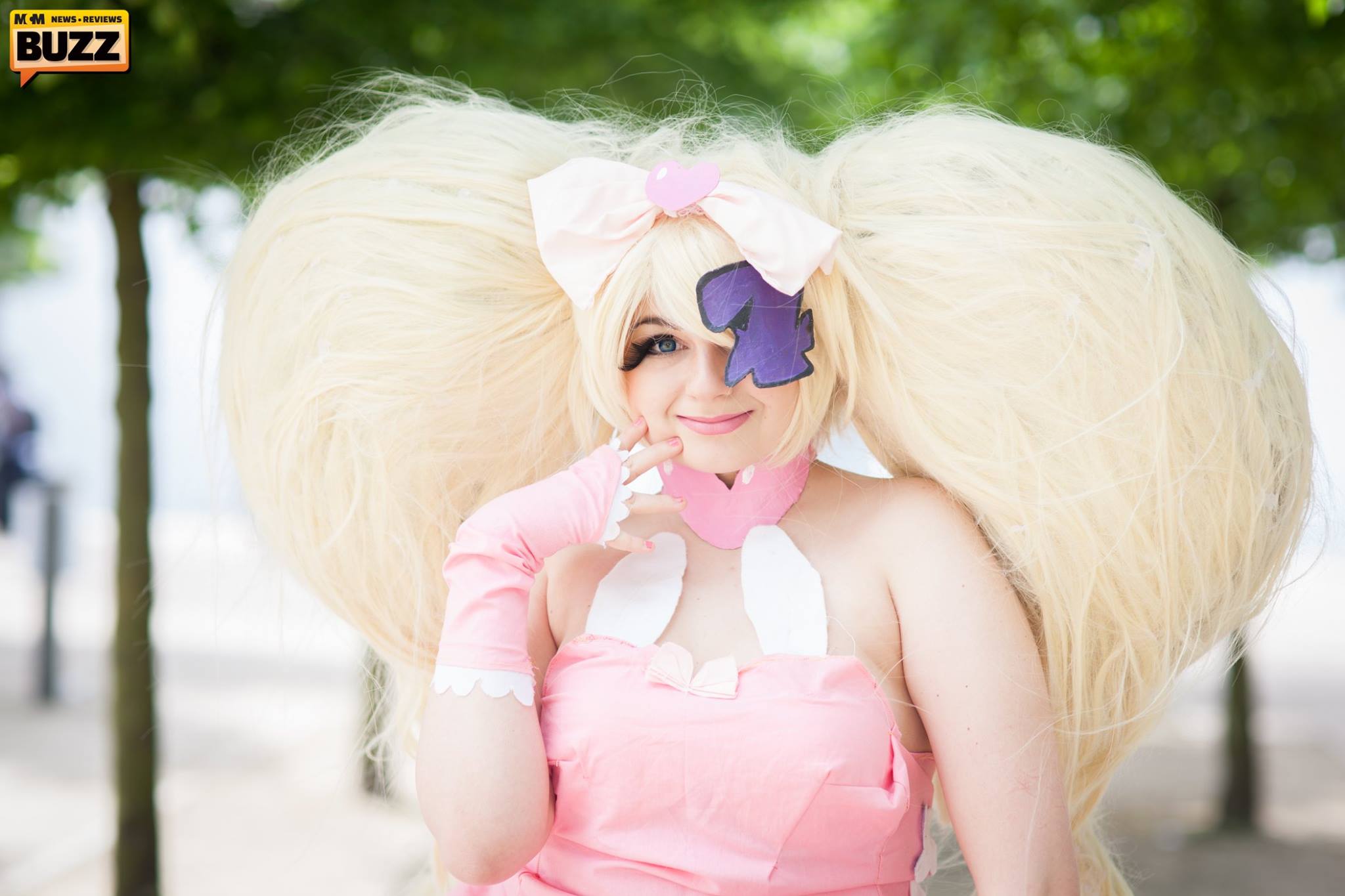 Why I cosplay Nui Harime:

"I like cosplaying as Nui as, not only am I proud of how the wig came out, but cosplaying her makes me feel so confident and pose-y, yet also really powerful. Her kind of character is always my favorite as she is adorable and pretty, but also very evil and is probably the most despised character by the fanbase in Kill La Kill for just how ruthless she is. It was fun trying to put on a smile that hid malice behind it, like she had in the anime." 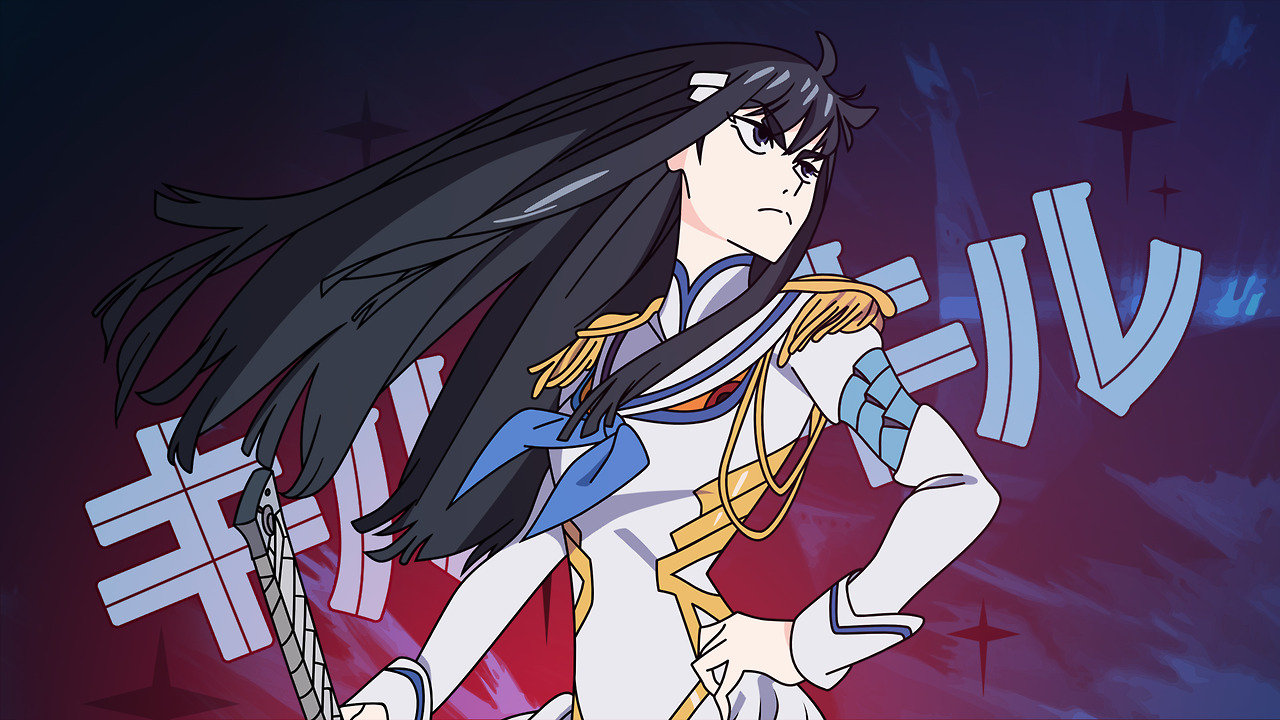 Satsuki Kiryuuin is one of the most misunderstood antagonists in anime. All she wanted was to make everyone proud. 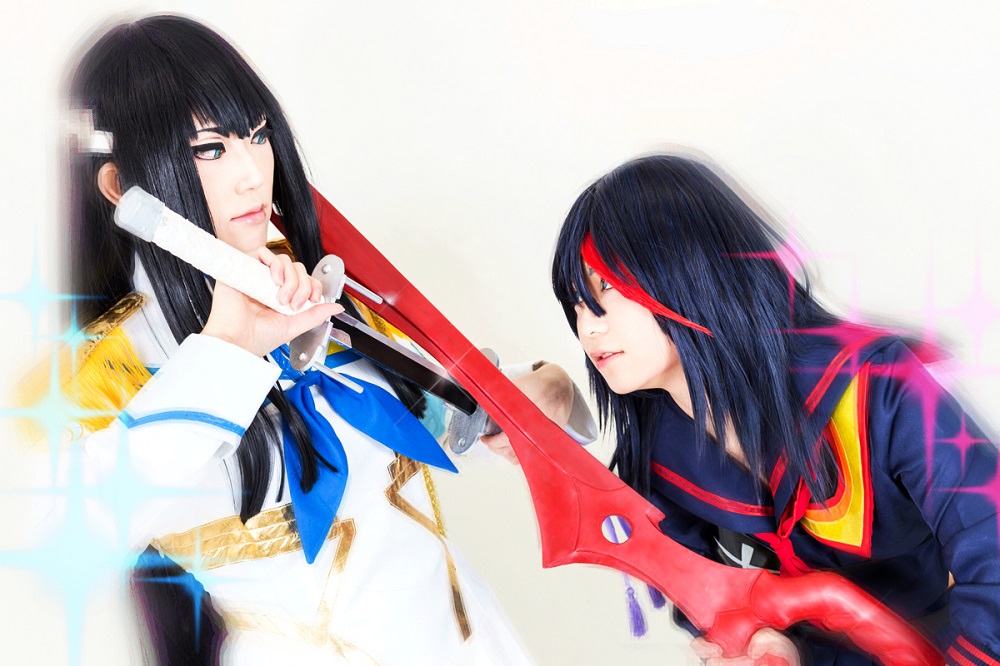