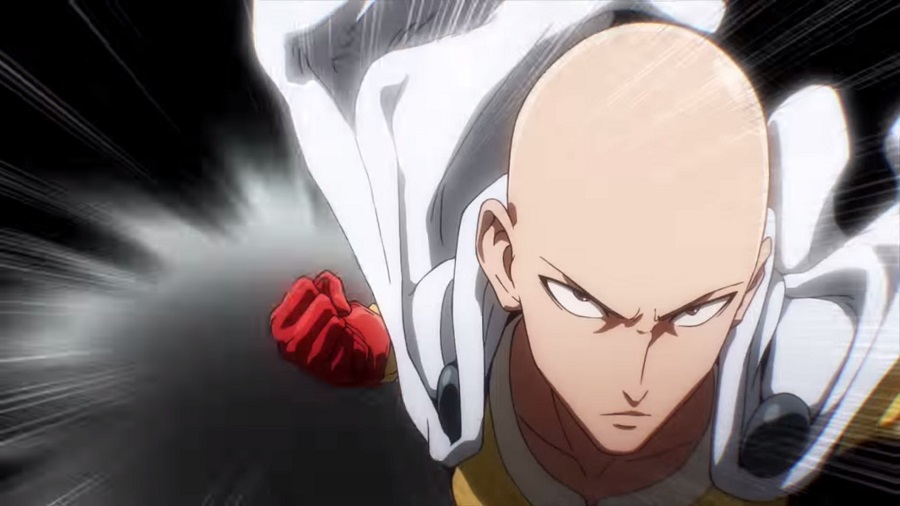 If you haven’t found the time to watch the first episode of the re-invigorated Osomatsu-san, do yourself a favor: watch it. Right now. Although this article isn’t actually about Osomatsu-san, watching it will help give you a bit of much needed perspective. In the first episode of the show, the sextuplets attempt to put to rest their Showa-era comedy and find new relevance in the 21st century anime scene. They do so by pointing out almost every major cliche and hackneyed trope that exists in most of today’s anime series. The episode itself is a laugh riot, fully deserving of its own write-up. For now, it simply helps to highlight the fact that somewhere along the way, we anime fans have given ourselves over to watching the same stories retold with different characters. While there are shining stars out there with every new anime season, the overwhelming glut of new anime every season invariably leads to a veritable overload of "meh". The Fall 2015 season is no exception, containing an excess of fantasy drama works with plenty of bishoujo characters for eye candy.

Bring on the Punches 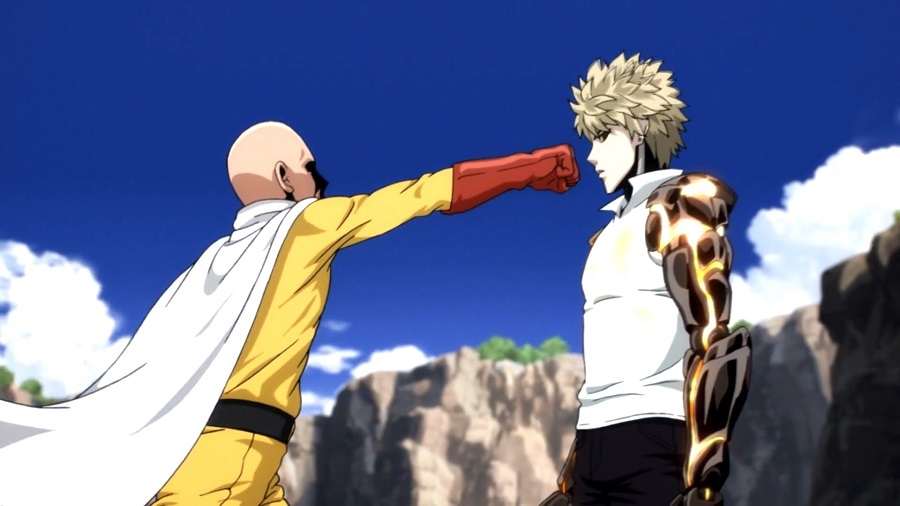 Cue One Punch Man, the webcomic-turned-anime from the somewhat reclusive artist known primarily by the pseudonym ONE. Fall 2015’s breakout comedy anime is arguably the best new show to come out of the Fall 2015 anime season, and one could reasonably formulate an argument as to why it’s the best new anime of 2015. A hero that literally can’t be beaten? Sure, why not! Over-the-top enemies who get long introductions, only to be soundly defeated within seconds of their introduction? Sounds good to us!

First published in 2009, ONE's poorly-drawn web comic is well known more for the story, character design and writing than for its artistry. But it was that popularity that attracted the attention of illustrator Yusuke Murata, who in turn re-illustrated the series for further publication. The beauty in One Punch Man is in the anime’s self-deprecating humor. You never watch an episode of One Punch Man thinking that the story takes itself seriously. It's a story with a hilariously overpowered hero. Where working out a lot, everyday (the source of Saitama’s power), is an absolutely farcical way to gain unimaginable power. If you ever watch One Punch Man and find yourself taking it seriously, you’re probably investing far too much emotion in ONE's melodramatic endeavor.

More Than Just a Comedy 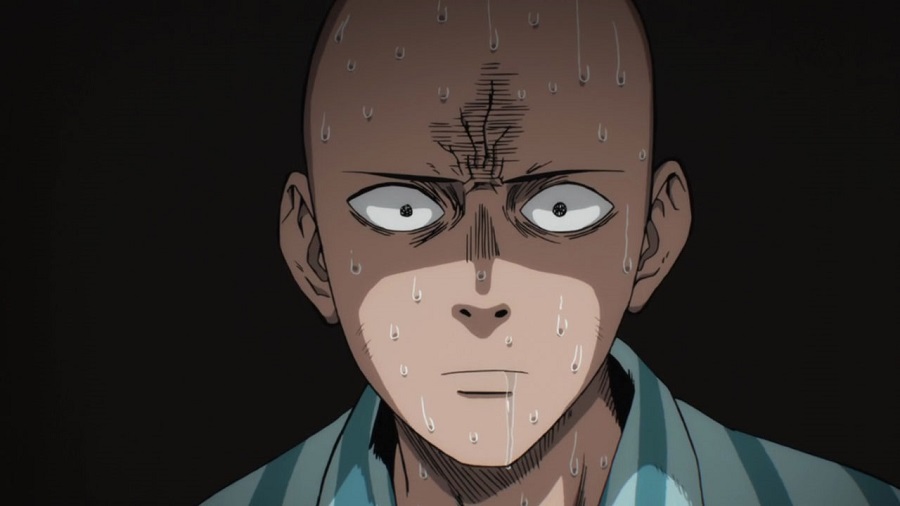 One Punch Man is not so much a comedy as it is a break away from the norm. It is funny, yes, and amazingly so. ONE created a character and storyline that anyone can enjoy. But the anime itself exists as a contrast to typical story writing conventions. The main character is supposed to be flawed in a way that prevents them from succeeding. Is Saitama flawed? Sure. He’s a bit lazy. But his real flaw is being too strong. It's an amusing flaw, but this flaw is exactly what keeps him from succeeding. His primary conflict is not necessarily with others, but with himself. He became powerful because he wanted to be able to fight bad guys. By sheer accident, he became nearly invincible. Now, his problem is that he can’t find anyone strong enough to beat him, and he will not be satisfied or consider his quest successful until he finds an opponent he is actually challenged by.

One Punch Man is a funny romp through the action and comedy genres, but it stands apart from all of the other anime introduced in the Fall 2015 season. Nearly 70 new or continuing anime series landed during this past fall. The only anime that even reached a score of 8 or above on MAL were One Punch Man (8.99), Haikyuu!! Second Season (8.68), Noragami Aragoto (8.56), Owarimonogatari (8.48), and Yuru Yuri San☆Hai! (8.05). One Punch Man easily bested them all for both score and popularity. Surprisingly, some anime reviewers have purposefully left One Punch Man out of their top lists for 2015 anime. If there’s one thing that’s true about anime, and most entertainment media in general, it’s that popularity breeds resentment and an excess of criticism. One Punch Man’s popularity is not a fad. It’s a consequence of good timing and good writing. 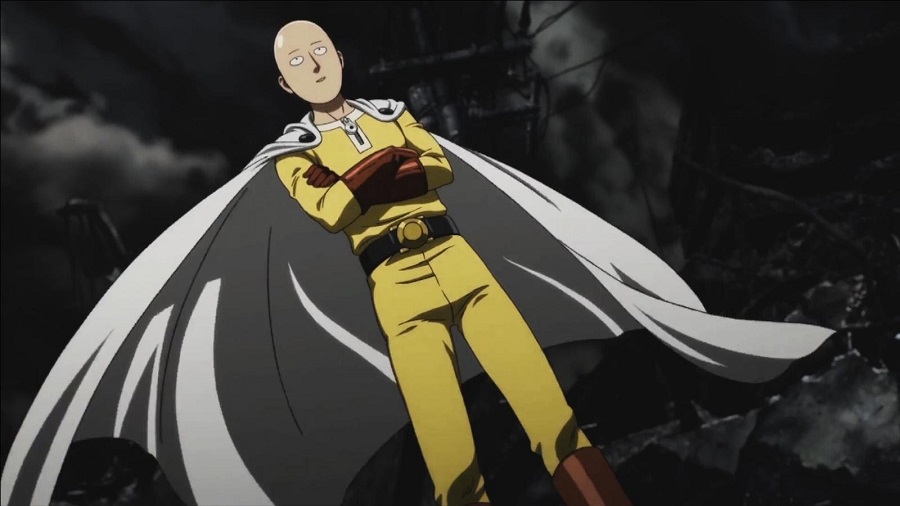 One Punch Man earns a number one spot on any list ranking the best anime for 2015 due to the way it shirks normality. Unless you were familiar with the webcomic (many people were not), it presented something that nobody truly expected. It was different. It was funny and action-packed without overdramatizing the characters. We care about Saitama's eventual success. But in a sense, it’s a sadistic concern. For us to desire Saitama’s success means we must, consequently, desire his defeat. To yearn for his success is to yearn for his failure. We want him to get what he wants, despite the fact that what he wants is to receive a good old fashioned butt kicking. And maybe he'll get that. Maybe the next season of One Punch Man will deliver an antagonist so powerful even Saitama can’t easily defeat him on the first time. Who knows? For now, we can enjoy the lovably unconquerable superhero antics that One Punch Man delivers in every episode.