Where Are All the Fat Anime Characters?

Can you name an overweight anime protagonist? Probably not - because there are very few of them. Most “fat” characters in anime appear as stereotypes, as food lovers, nerds, or just a joke.

And that’s just when the character is visibly overweight. Some characters, like Kanako Mimura from Cinderella Girls and Koyomi Mizuhara from Azumanga Daioh, are imperceptibly bigger than the rest of the cast, but this slight added weight makes them obsess over losing weight.

This negativity exists because of the perception of being fat in Asian cultures. In Japan, less than 5% of the population is obese, and less than a quarter are considered overweight (compared to America’s 32% and 66%, respectively). As such, it’s not necessarily bad to be overweight in Japan - just unusual.

So it makes sense that a culture who has so few overweight people would have very few overweight characters. When they do appear, though, anime tends to fall back on stereotyping. 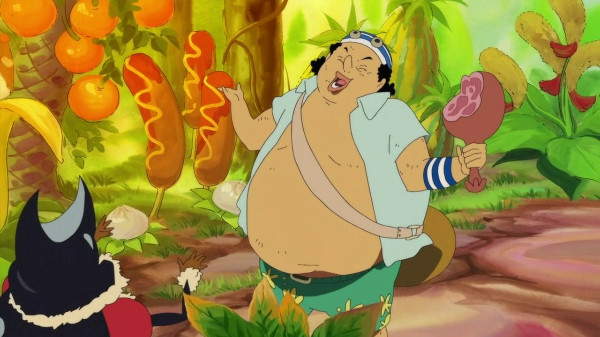 The stereotypical male overweight anime character loves food, is a nerd (otaku or computers, sometimes both), and is generally an outcast of society. That’s if he’s young: thicker adult males in anime are often serious officials (policemen and politicians).

The stereotypical female overweight anime character also loves food, and her personality seems to shift the more weight she has: chubby girls are sweet and kind, while visibly overweight girls are greedy and mean. If you see an fat adult woman, she’s either somebody’s mother, or trying to get into the pants of some unassuming young high school boy.

Of course, the above statements are stereotypes as well - not all anime show overweight characters in the same light. It’s not very common, but there are a number of examples of how a bit of extra body weight doesn’t have to define a character’s entire personality.

Below is a list that covers the entire spectrum of fat anime characters, from the worst portrayal, to the best.

From Persona 4 The Animation 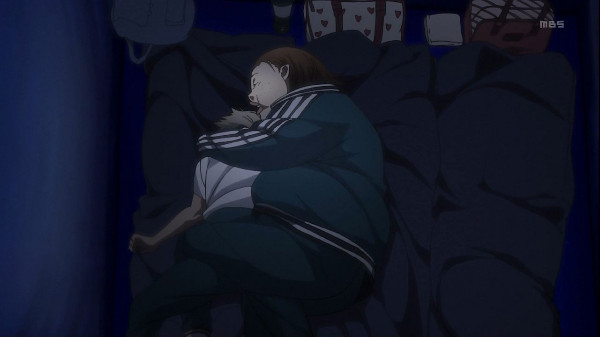 Hanako is an embodiment of the stereotypical fat anime girl. She is so comically overweight she’s practically a balloon, and she will bowl anyone over who stands between her and food. Despite her weight, she is vain and arrogant. 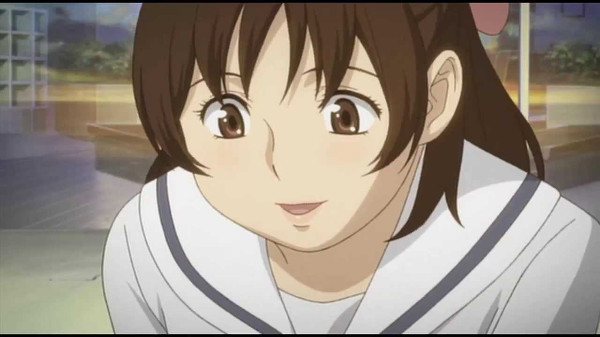 On the other side of the spectrum from Ohtani, there’s Real Drive. None of the characters in the anime are particularly large - they are just more realistically proportioned than typical anime. But the public reception to the anime was pretty negative, criticizing it for having unappealing “large” characters. Although most of the cast felt the burn of people’s reactions, Minamo Aoi seems to have gotten the worst of it.

Milluki is the male stereotypical fat anime character. He’s an otaku and a skilled inventor (a two-in-one deal!). He never leaves his house, and is selfish and short-tempered. He may as well be Ohtani’s twin brother. 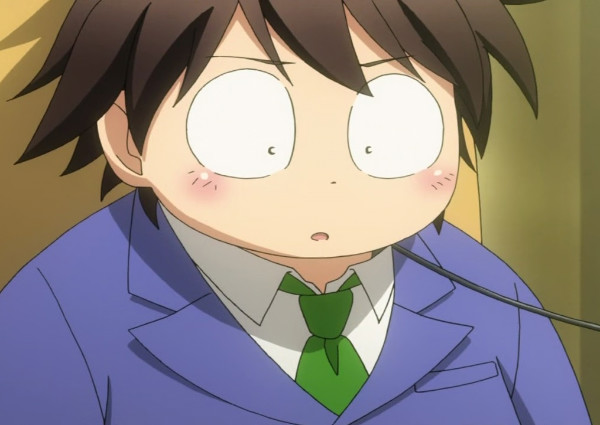 Haruyuki is one of the only overweight main characters in the anime universe, but when given the choice he escapes into the virtual reality and transforms into the awesome Silver Crow, a lean android-looking avatar. Haruyuki might be the main character of the anime, but his weight still turns him into the bullied social outcast who spends his days playing video games. Even his other in-game avatar is reminiscent of how his peers - and many of the show’s fans - see him: as a little pink pig.

From Highschool of the Dead 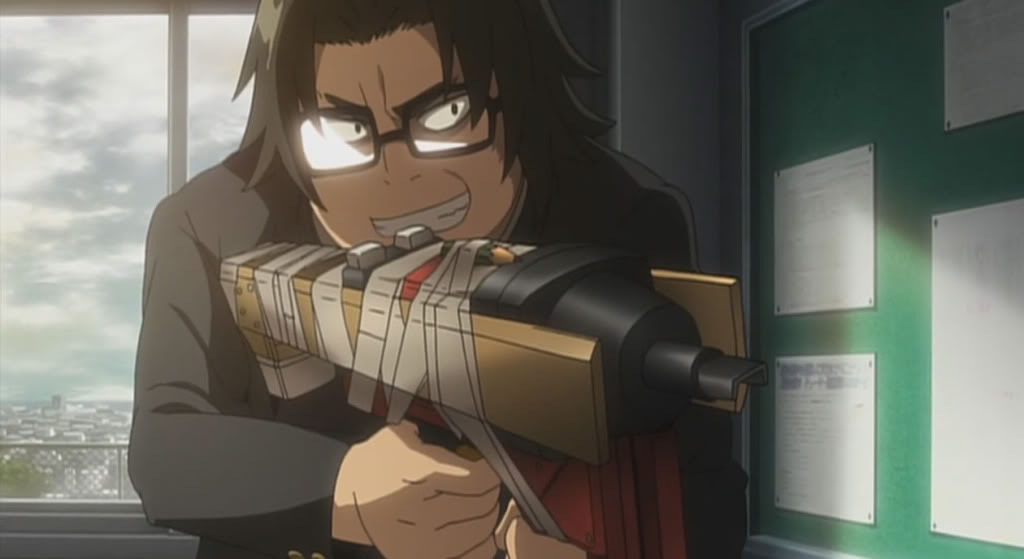 You'd think Kouta is a typical fat anime character from the way he's portrayed. He's a gun otaku, he loves the ladies (but the ladies don't love him back), and he is bullied at school for his size. What sets Kouta apart from other anime characters is that he's based on a real person with the same name: the famous manga-ka and creator of Hellsing. This lends the character more realism and makes him more sympathetic and atypical among other large anime characters.

Witch of the Waste 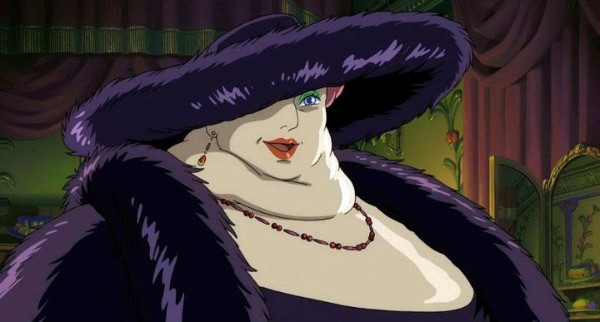 The Witch of the Waste is not just mean - she’s the embodiment of evil. The Witch is so obsessed with her looks that she uses magic to make her look young and beautiful, when in reality she is an extremely large woman. Even though she is one of the main antagonists in the movie, it’s not because she’s fat - it’s because of her desire to look beautiful in the way society expects her to.

From Kurenai no Buta (Porco Rosso) 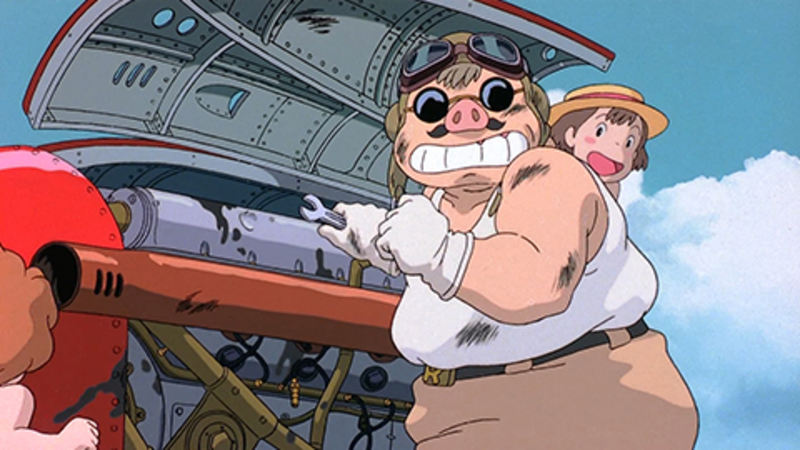 Porco Rosso is fat because he is literally a pig. He wasn't always a pig, though, and his new appearance seems to better suit him than his human form. As a chunky pig man, Porco finds himself relating to and understanding humanity better, and it doesn't stop him from searching for love. He might be a fat anime character, but Porco's portliness takes a backseat to his piggy face.

From Ore Monogatari!! (My Love Story!!) Takeo is not really fat - he’s just big-boned and muscular. Fat or muscle, his large appearance still throws people off, making him appear intimidating. Despite this, Takeo is the epitome of a gentle giant. He’s kind and selfless, and lucky for him, manages to find a girl who can see him for who he really is. 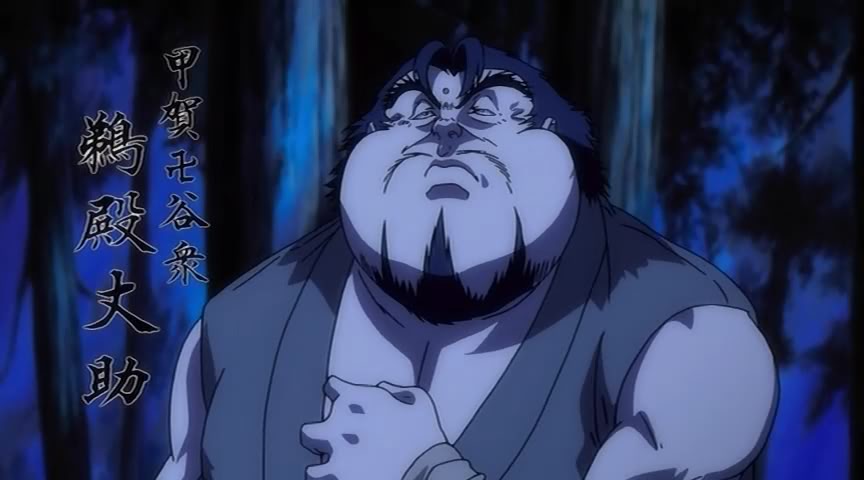 Like Takeo, Josuke is a gentle giant, misunderstood for his large size. Although he is kind, his large appearance frightens women away. Also like Takeo, Josuke uses his size for combat, but with the additional ability to expand and contract like rubber. Weapons might bounce off him, but rejections are harder to deflect. 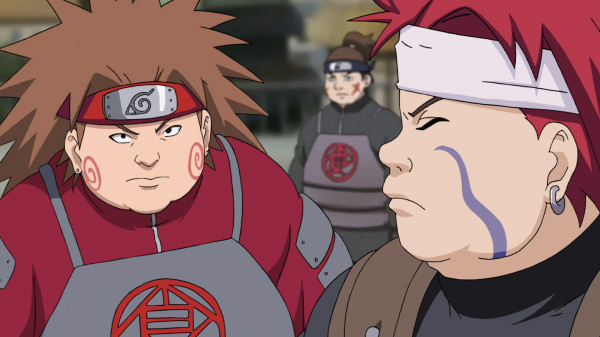 Chouji and his father Chouza may love to eat, but that’s as far as they follow the stereotype. The two are skilled fighters, and although Chouji has had to overcome some ridicule for his size, both father and son have taken their size and adapted it into a powerful fighting style. The fighting techniques the two use rely on their size to make them even bigger and stronger, making them formidable foes on the battlefield. 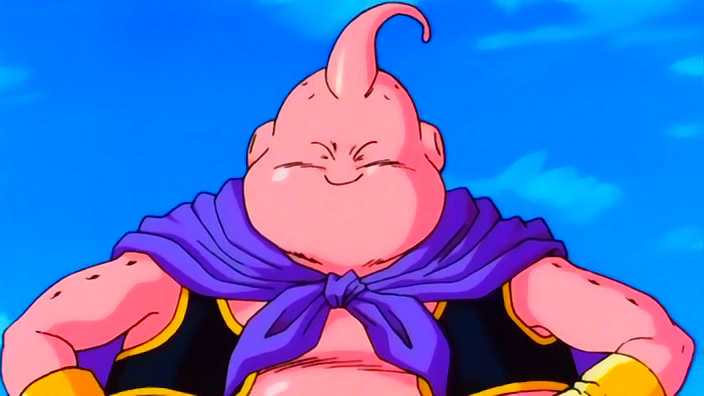 Buu has several forms throughout the series as he absorbs others into his being. Each of his forms can be taken to represent his personality. The round, pudgy version is gentle and innocent, and as he gets stronger and angrier, he also gets leaner. In Buu's case, chunkiness makes him baby-like, both in appearance and behavior. 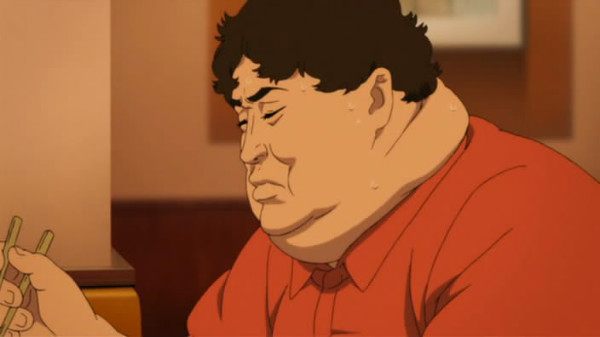 Kosaku seems and acts like an overgrown child, but behind his innocent and gentle exterior lies a brilliant brain. He is the creator of the revolutionary new technology that allows people to jump into other people’s dreams, even if he doesn’t fully grasp the consequences of this. Kosaku technically fits some fat anime stereotypes: he is great around computers and has a huge appetite. Yet this large man doesn’t come across as typical, and even manages to get the attention and love of a beautiful woman. 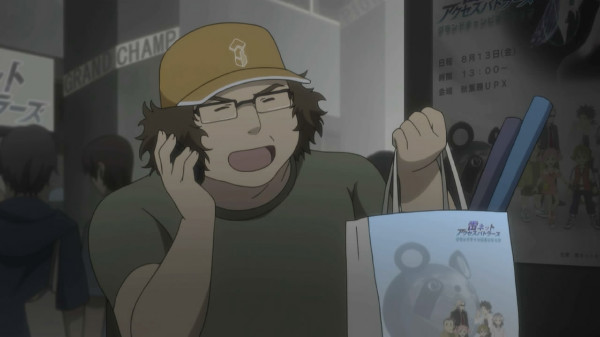 On the surface, Hashida is a stereotypical fat anime character. He is a skilled computer programmer, an otaku with a love for digital ladies, and more than a bit perverted. Yet Hashida is one of the best portrayals of an overweight anime character simply because he is not any of those things because of his weight. He’s just a regular guy who loves computers and anime girls, and who just happens to be chunky. 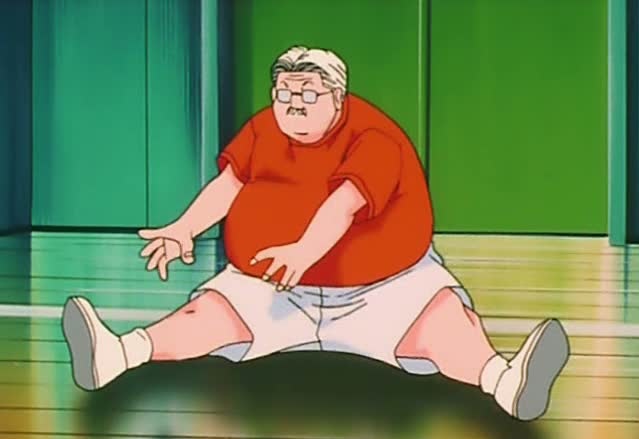 Mitsuyoshi's large size has not prevented him from becoming one of the best high school basketball coaches in Japan. Mitsuyoshi's big belly doesn't go unnoticed by some of the basketball players under his wing, who refer to him as the "White-Haired Buddha,' and occasionally jiggle his fat. None of this is malicious, though, and it's done in a good-natured sort of way, making Mitsuyoshi one of the most respected fat anime characters.

From Gin no Saji (Silver Spoon) 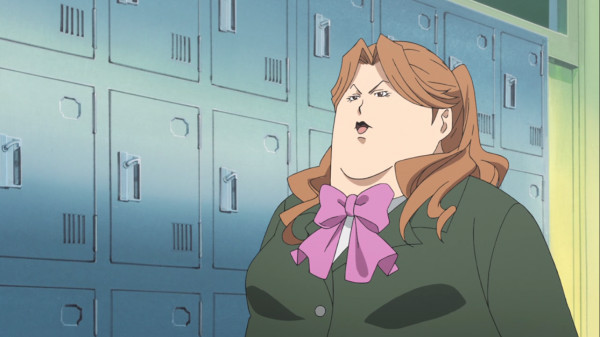 There’s no doubt that Tamako is overweight and she definitely enjoys a good meal. Yet the anime rarely focuses on her size, aside from a smattering of amazed looks when she briefly loses weight. Tamako is Tamako, her size is not an aspect of her personality, and her friends accept her as she is - and that’s just how it should be.