The 80s and 90s were an odd time in localization history. Studios in charge of dubbing Japanese anime and games frequently bowdlerized them of potentially controversial material, especially religious references. In Dragon Ball Z, this results in two ogres in Hell wearing tank tops that—after some airbrushing—read HFIL instead. That stands for "Home For Infinite Losers", which is actually ten times funnier.

What Did We Learn? (Pokemon: Mewtwo no Gyakushuu)

Pokemon is all about making animals fight. The moral of the first film is that that's wrong. Counter-intuitive, no? Turns out that right before the American release, 4Kids Entertainment cut a 10-minute prologue that recontextualizes the entire film. In the opening of the Japanese version, a scientist tries to clone his daughter back to life, creating Mewtwo during his experiments. This sequence and later lines all lend the film a more Frankenstein-esque message: should a life be judged by its origins or by its acts? Too philosophical for American kids, apparently.

Look at what Brock and Misty are eating. Do those look like jelly doughnuts to you? We thought not. Blame 4Kids again: their Pokemon dub edited out Japanese cultural references to make the show more familiar to American audiences. Maybe 4Kids thought American kids don't know what doughnuts look like. That, or the existence of rice balls in a world of superpowered animals was considered too jarring. 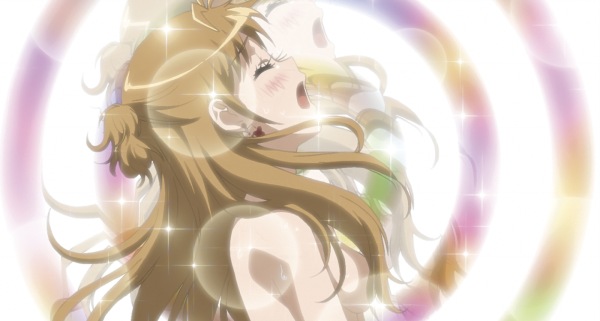 Foreign studios have generally become more faithful in their dubbing over time, though some scenes still get tweaked here and there for content. One episode of this teen sex comedy has our protagonist Yamada squirming restlessly at her desk in class. Why so fidgety? In the English dub by Funimation, it's because she really has to go to the bathroom. In the original Japanese? Look, the show is about a teenage girl who wants to bang a hundred guys before she graduates. You do the math. 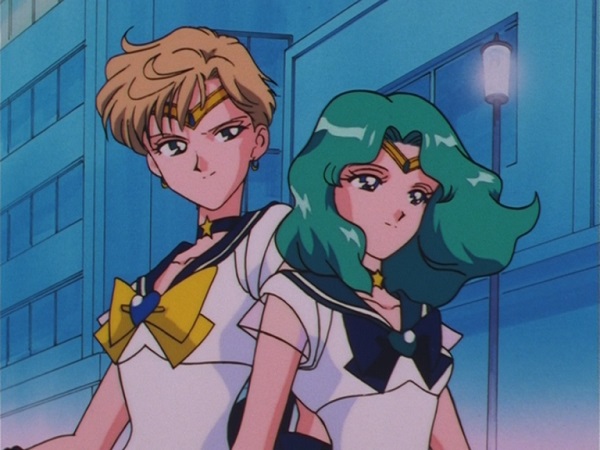 Sailor Moon was groundbreaking in its time for its mainstream portrayal of a lesbian relationship...in Japan, that is. DiC Entertainment and Optimum Productions handled the American dub, changing Sailor Uranus and Sailor Neptune from lovers to cousins. Their flirting was left in, however, so the censorship inadvertently makes their relationship incestuous. Other countries also moved mountains to hide the homosexuality; in the French dub, Uranus's secret civilian identity is male.

"Don't move a muscle or we'll shoot you with our invisible guns!" Everyone who's seen Yu-Gi-Oh! Abridged knows this line. 4Kids, infamous for their overly family-friendly editing, removed all firearms from their Yu-Gi-Oh! dub. Nothing else is changed in these scenes, so the American version takes place in an insane fantasy world where people threaten each other with their fingers. 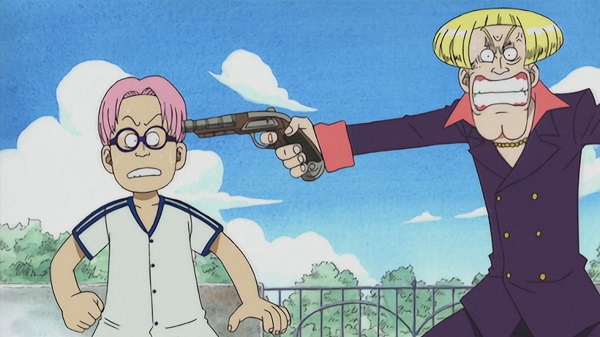 We could devote a whole article to questionable 4Kids censorship. In fact, we could devote several to their One Piece dub alone. By 2004, 4Kids had finally stopped removing guns entirely from their dubs. So, yes, their version of One Piece—a show set in a world of piracy and high-seas warfare—had firearms. The problem? They were all water guns.

Well, not all of them. Some of them were popguns.

TV station RTL2's German dub of Naruto did its best to remove the violence from a show about ninja warfare. You won't see blood, you won't hear characters threatening to kill each other, and you especially won't see real weapons. If they're not dolled up to look like laser swords, they're missing entirely...even when removing them grants mysterious powers of flight.

Gakkou no Kaidan didn't make much of a splash in Japan. When ADV Films picked up the localization rights, they were given free rein to try and make it sell. The solution? Strip away everything but the basic plot and replace it with jokes. Most of the dialogue was improvised based on instructions that amounted to "say something funny." Imagine the kids from South Park hunting ghosts and you have a good idea of Ghost Stories.

Ryou Saeda is a private detective who cleans up the mean streets of Tokyo. He also loves the ladies. When he's not working, he's trying to get his latest conquest to a love hotel...unless you're watching the French dub. French Ryou is changed from a womanizer to an evangelical vegetarian who invites women to meatless restaurants. Odd for a country with a kiss named after it.