Hyperdimension Neptunia OST: The Epitome of Digital Music in Anime

Hyperdimension Neptunia features four goddesses and their journey of friendship and protecting the world from evil. This fantasy world is one that wields the power of technology, and what better way to illustrate digital inclination than through the music of the OST?

What is Hyperdimension Neptunia?

Choujigen Game Neptune The Animation (Hyperdimension Neptunia) was originally formatted as a video game RPG series produced by Idea Factory and was later adapted into a manga, light novel, and anime series. The animation features twelve episodes with an original script written by Shogo Yasukawa and produced by David Production. 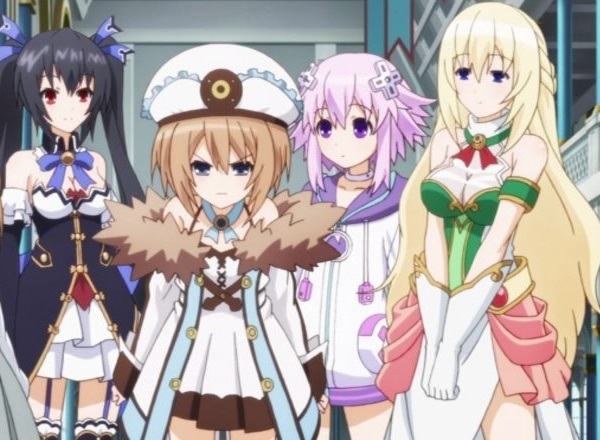 Hyperdimension Neptunia follows the lives of four goddesses and their sisters as they strive for peace in the world of Gamindustri (Yes, this is a pun for game industry). Gamindustri is divided into four different regions each governed by a goddess: Planeptune (Sega Neptune), Lastation (Playstation 3), Lowee (Wii), and Leanbox (Xbox 360). These four regions were created to resemble video game consoles, and the beginning of the series features a war between them known as the 'Console War.' As the goddesses compete for sharicites, or power gained from the belief of the people in their goddess, they begin to form friendships between the regions as they battle evil forces to keep their countries safe.

What type of music is included in the Hyperdimension Neptunia OST? 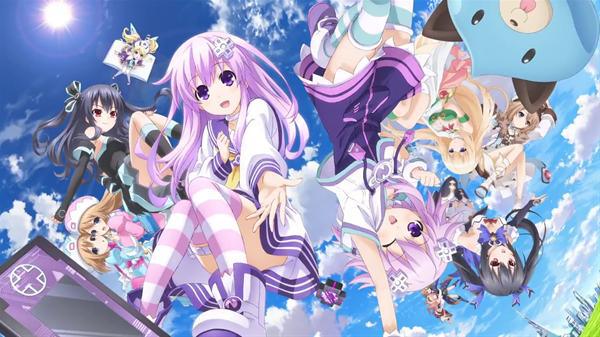 The opening, closing, and select few songs throughout the episodes are arranged with lyrics, while the OST is comprised of arrangements focused on instrumentals. Let's take a look into the lyrical music as well as the beautiful instrumentals.

Hyperdimension Neptunia opens with the song "Dimension Tripper" and has two ending songs: "Neptune☆Sagashite" and "Ito" by Afilia Saga.

It's the final showdown and what better way to face a villain than to face one with a theme song? "Hard beat x Break beat" provides the perfect pace to make the audience feel the goddesses' determination to win against their foe.

"The Concert" by 5pb

Hyperdimension Neptunia: 5pb
5pb is Leanbox's diva and she goes all out in her concert. This song opens up episode three of the series. 5pb is also seen later on in the series as an icon to rally goddess spirit, especially with her lyrics stating "I won't lose to anyone."

The theme of Hyperdimension Neptune's region Leanbox, governed by Vert, is a peaceful melody. The calm sound of the string instruments brings a fresh and light atmosphere to the anime. Soft tones of the flute float through the background and add a touch of adventure to the mix.

Governed by Blanc, Lowee's theme resembles Blanc's short temper. The drums beat loud and harsh against the underflow of the light intonations throughout the rhythm.

Lastation's theme, a region governed by Noire, has a brash, electronic strain to its core musical intonations. The brashness could also resemble the abrupt Noire and her ideal perfections as a goddess.

Neptune's region, Planeptune, has a mystical, entrancing appeal to its theme song. The piano combined with the background harmony create a pleasant, upbeat song. It resembles the carefree attitude of Neptune's personality throughout the series.