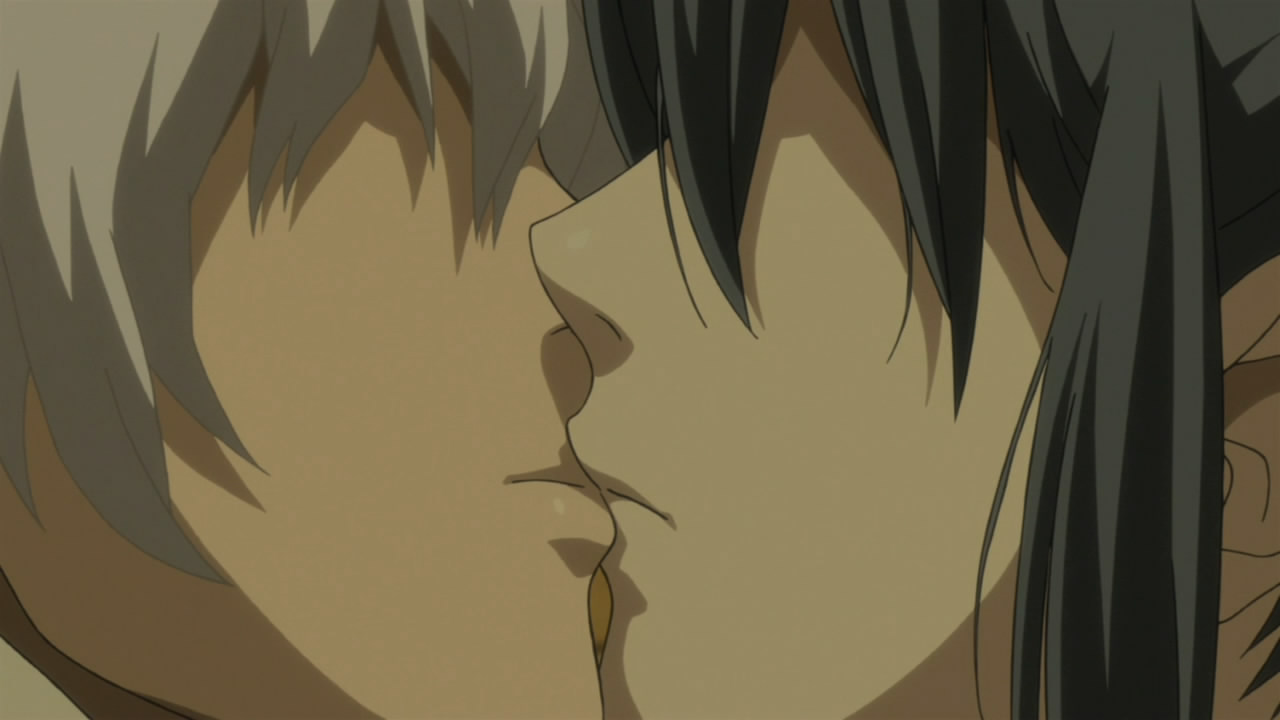 A natural question might be "Why are you talking about No.6 after all this time?" After all, while it was rather good, this isn't a show I consider to be a particular masterpiece and it didn't even crack my Top 20 list for 2011. It's not a standout for Bones, one of the best studios in the business, and it isn't a series I reference much when discussing other anime. 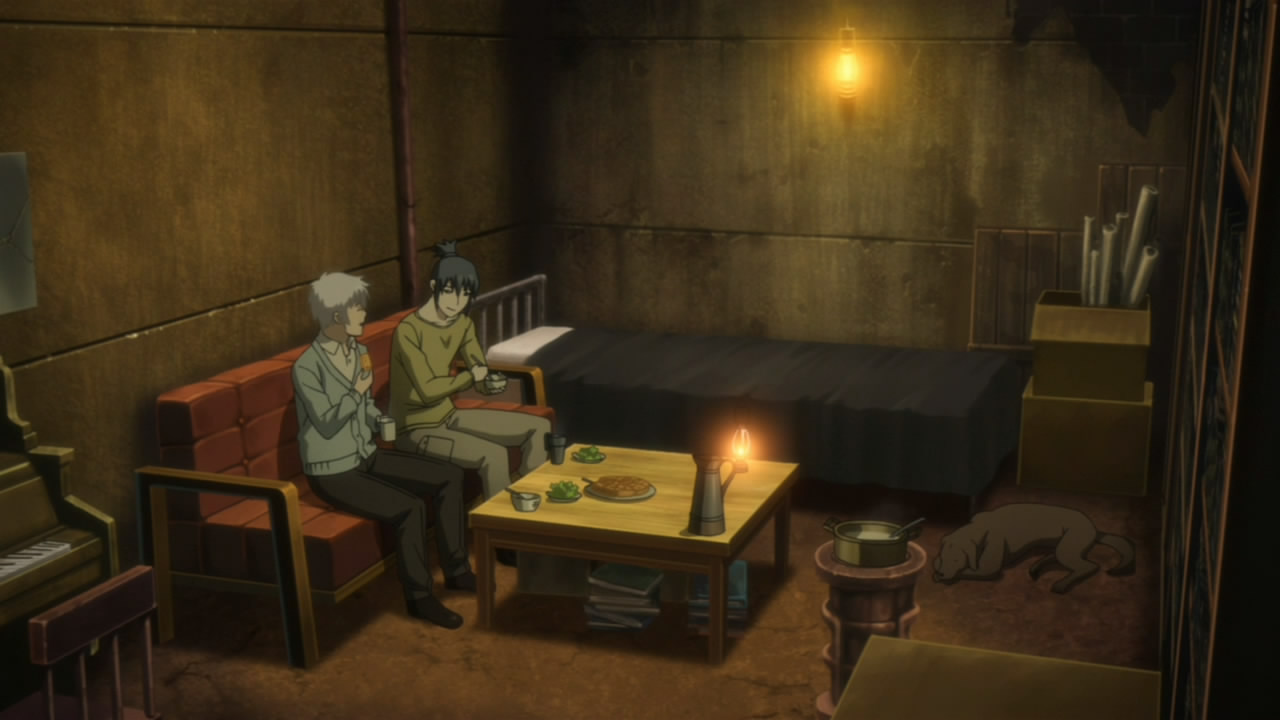 The reason, I suppose, comes down to one moment - the kiss. Or more appropriately, the reaction among anime fans to that moment. To put my involvement with No.6 in context, I was relatively new to blogging when I covered this series, and it was one of the first I blogged for Random Curiosity. I had some idea that there were things in it that some considered controversial, but I wasn't remotely prepared for the shitstorm that this show kicked up. 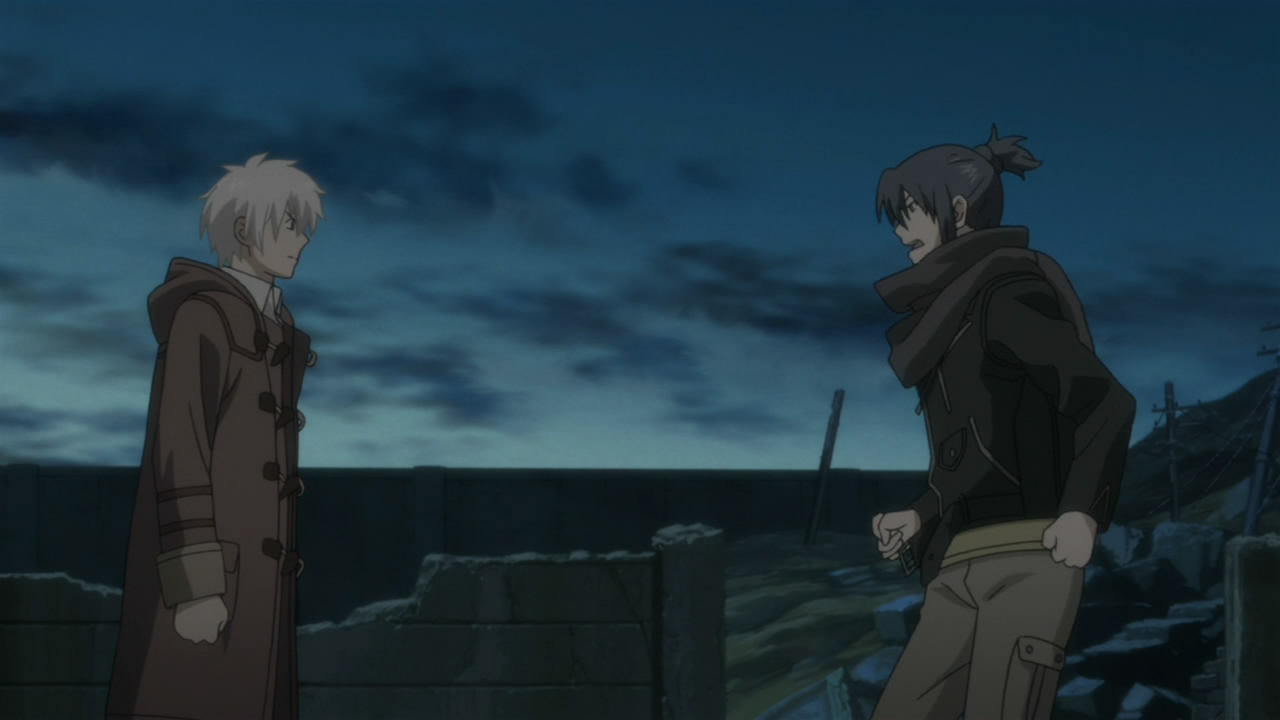 I've been watching anime for a long time, and those with a similar history were quite familiar with the genre tag "shounen-ai", which fit No.6 like a glove. But by 2011 shounen-ai was largely a derelict term; anime were either yaoi series whose express purpose was male-male romance and sex, or the subject was taboo and ignored altogether. No.6 may have seemed unorthodox to a lot of viewers but to those of us who were watching anime in the 90's and 2000's, it was merely a throwback to another time - a time where anime which suggested male romance without being terribly explicit about it were quite common. 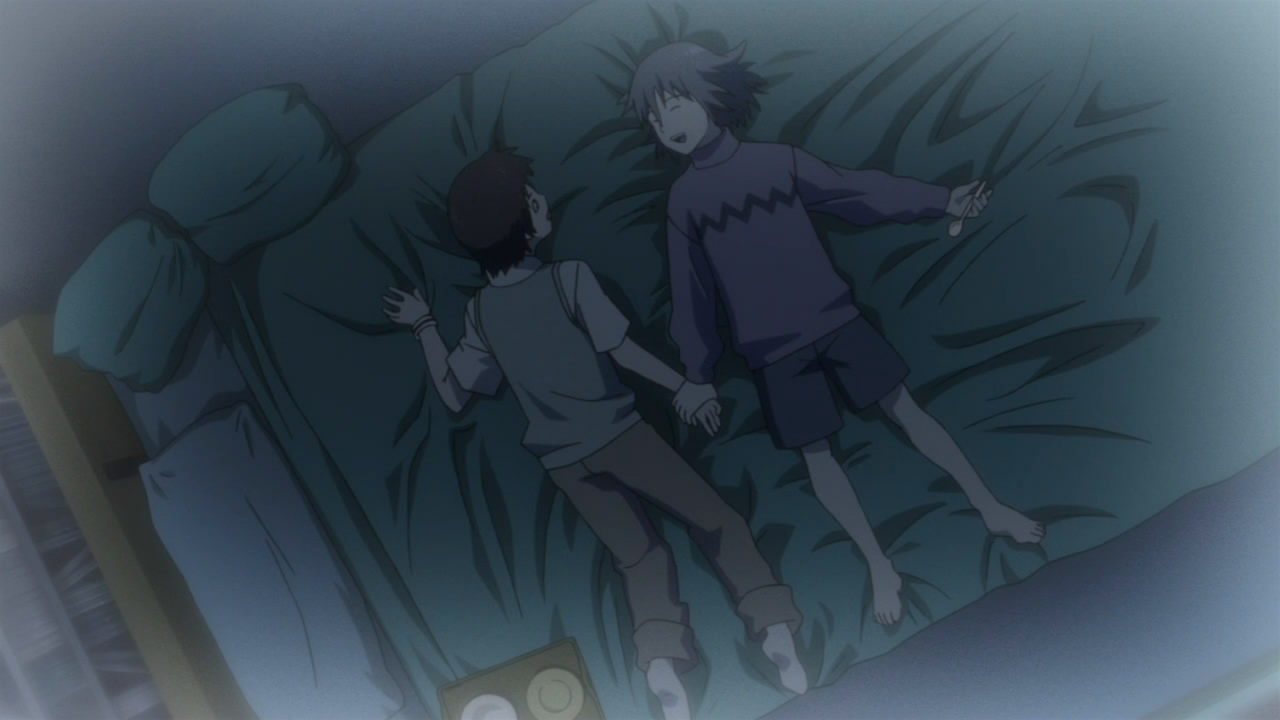 I began to get a stream of negative comments to my blog posts right from the premiere, because it was clear even when we met main characters Shion and Nezumi as 12-year-old kids, there was something between them. There were continued hints of it scattered throughout the series (right alongside suggestions of romantic tension between Shion and a female osananajimi). But it all hit the fan with Episode #7 - an episode which featured Nezumi and Shion kissing on the lips. 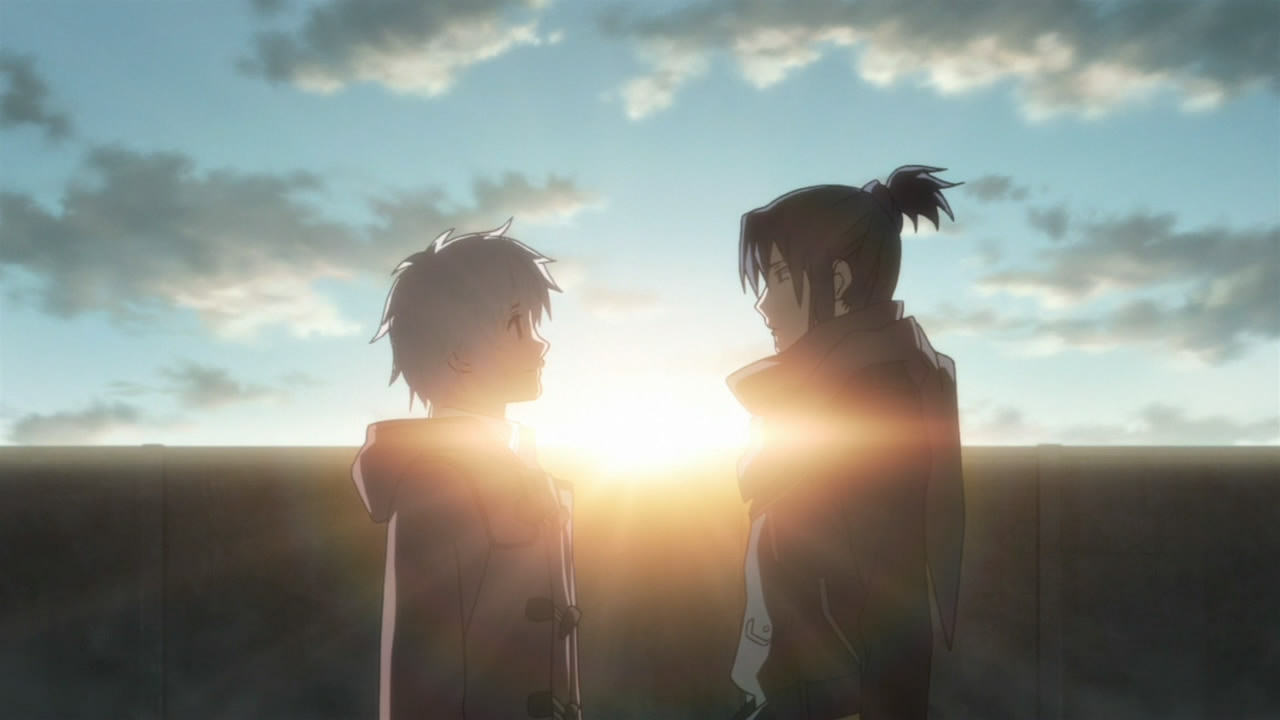 Now, you might think that for a series that loved the outrageous as much as this one did (one scene featured a dog nursing a baby), one kiss between teens wouldn't be such a big deal. But the torrent of virulent, angry commentary my post received after that episode was quite unlike anything else I've seen as a blogger. Some of it was really, really ugly and I won't repeat it here, but suffice to say, it was clear that a lot of viewers were angry as hell. 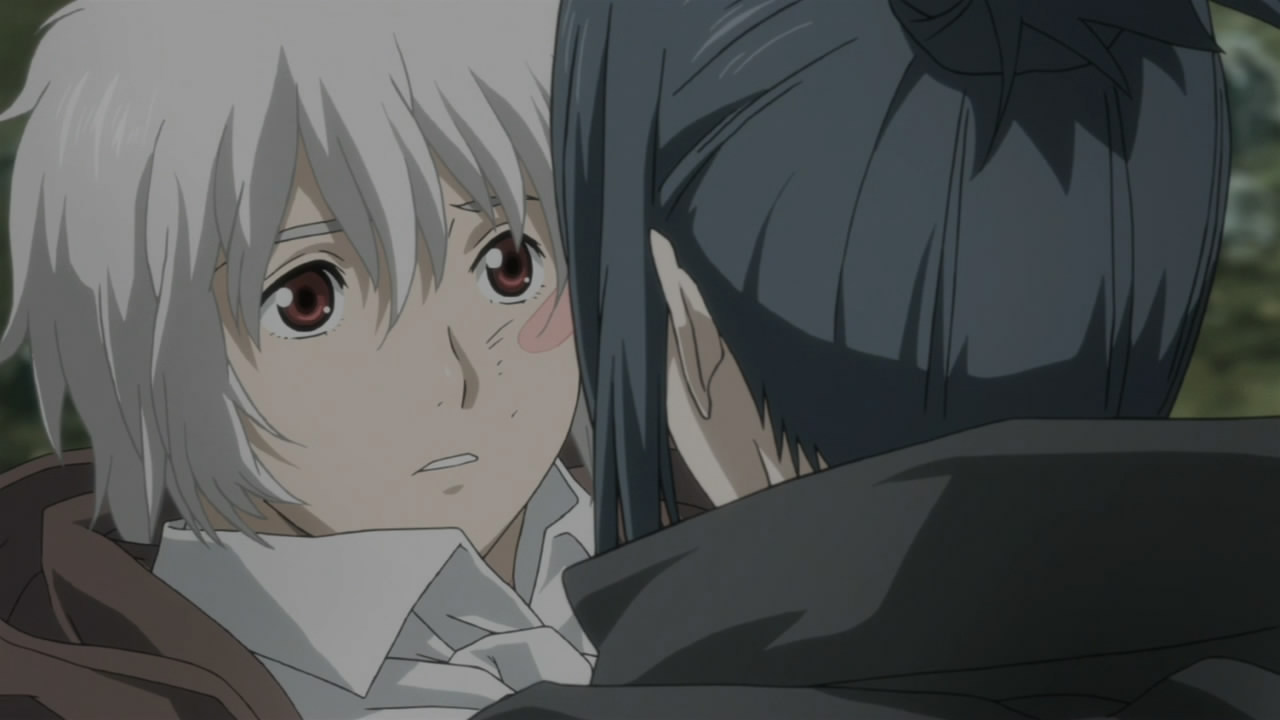 Set aside the fact that if one were offended by shounen-ai, there's really no reason they should still have been watching No.6 by this point. What really stands out for me - why I thought to write about this topic almost five years later - is the hypocrisy. Fans who embraced girl-girl romance in every permutation as it became ever more pervasive in anime reacted with horror at the sight of two boys kissing, as if it were an affront to anime itself. They weren't content merely to stop watching No.6; many felt compelled to belittle anyone who didn't. There were almost 200 comments after that post, and it was a pretty shameful display, truth be told. 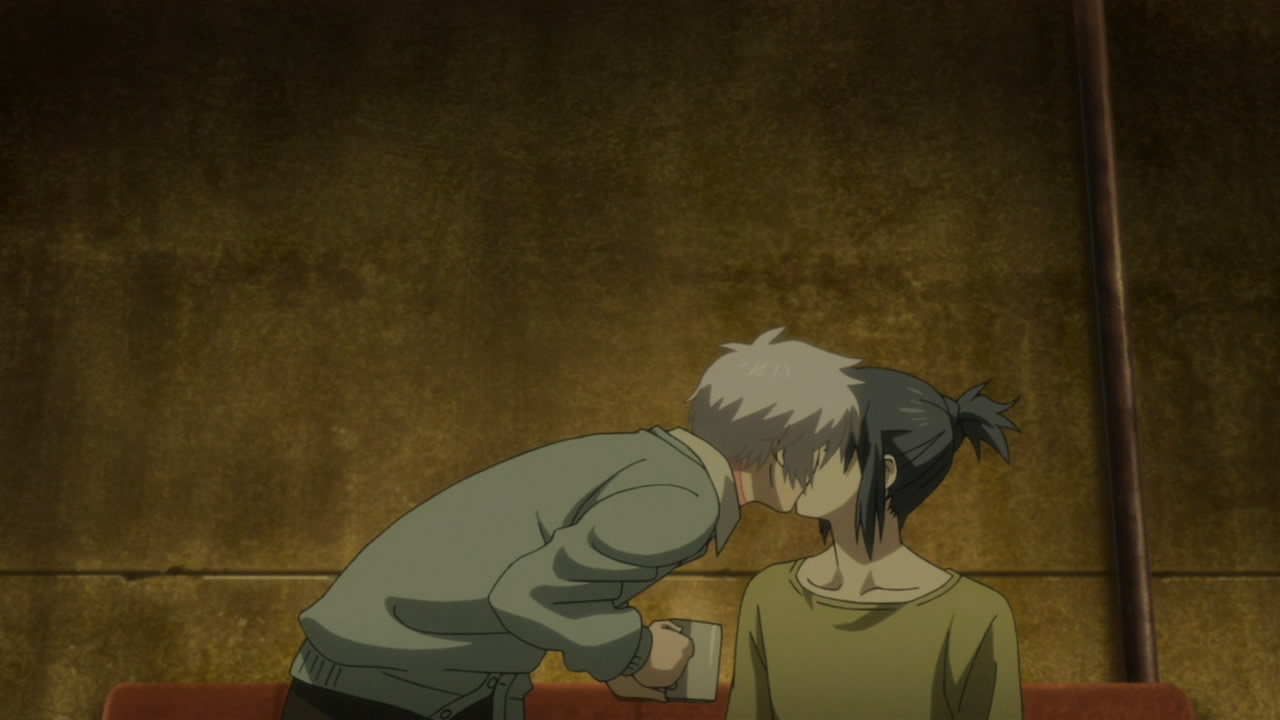 Have things gotten any better since then? Well, we may perhaps have more "boys love" series these days that cater to viewers specifically seeking out male romance. But what we still largely lack, sadly, are mainstream anime that treat boys in love with other boys seriously in the way girls in love with girls are often depicted - the boys are usually caricatures played for comedy (often in a mean-spirited way). It's a reflection of the tastes of those who largely buy anime discs, no doubt, a purely commercial calculus. But it's not something anime as a medium should be proud of. And it is a reason why No.6, for all its flaws as a series, stands as a notable work - and why it has a legacy it should be proud of.