Tales of Zestiria OST: A Bold and Beautiful Soundtrack

Although it is more popularly known as an RPG, Tales of Zestiria also has an animated special that boasts a soundtrack with beautiful music from start to finish. The OST takes viewers on a musical ride just as magical as the one the characters experience. Get ready for the adventure of a lifetime! 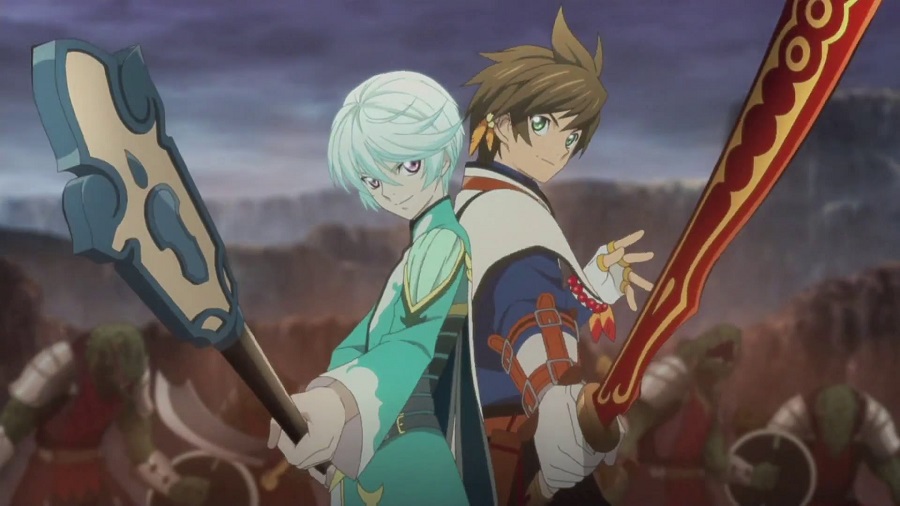 Every great anime captures its viewers right at the beginning. Part of that is from great storytelling. However, great music can’t be ignored, either. Tales of Zestiria: Doushi no Yoake begins with an absolutely epic and bold musical score, highlighting the grand scale of the temple floating high among the clouds. Even as Sorey swings into the reliquary, you can feel his power through the powerful bass undertones found in the opening score. When Mikleo shows up, the music of the soundtrack understandably alters to a more subtle, friendly tone, meant to highlight the friendship between the two characters.

All About That Pace

Tales of Zestiria: Doushi no Yoake OST Soundtrack Competing with the Honor of the Land

Every major scene and all major actions within the anime are underscored by changes in the background music that help highlight the emotional tensions that exist, whether it is being scared for their lives or deepening romance. If you are familiar with the soundtrack from the game, you'll immediately recognize very similarly designed music in the OST of the anime special. Thematically, the music flows dramatically from one song to the next. The pace of the soundtrack quickens and slows in direct sync with the actions on screen. Dramatic pauses exist where the action either takes a turn, or where a character casts an impressive magical spell. The Tales of Zestiria: Doushi no Yoake OST is not the same as what is found in the game, but similar to it in every respect... except for the length, of course.

Such Drama, Such Emotion 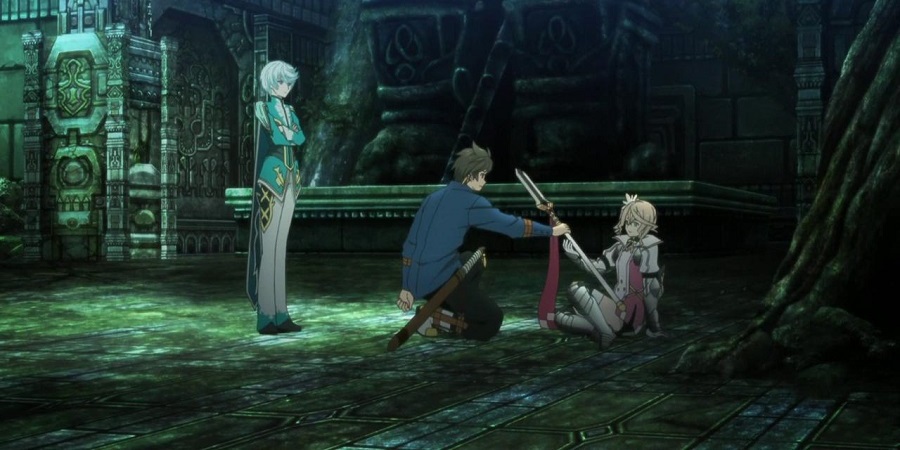 Much like any show, if you remove the soundtrack, the situations simply do not seem as dramatic, as serious, as romantic as they actually are. Try it. Turn the volume down, and rewatch the scene in the beginning where Mikleo and Sorey take on the giant spider monster. It’s a scary moment, full of intensity for both the viewer and the characters. When the spider pops out of nowhere, it’s fully reminiscent of many game-playing scenarios when giant creatures (often spiders) jump out and remind us why we suffer from arachnophobia. Yet the scene takes on the full emotional significance when backed up by a deep, dark and frantic OST. 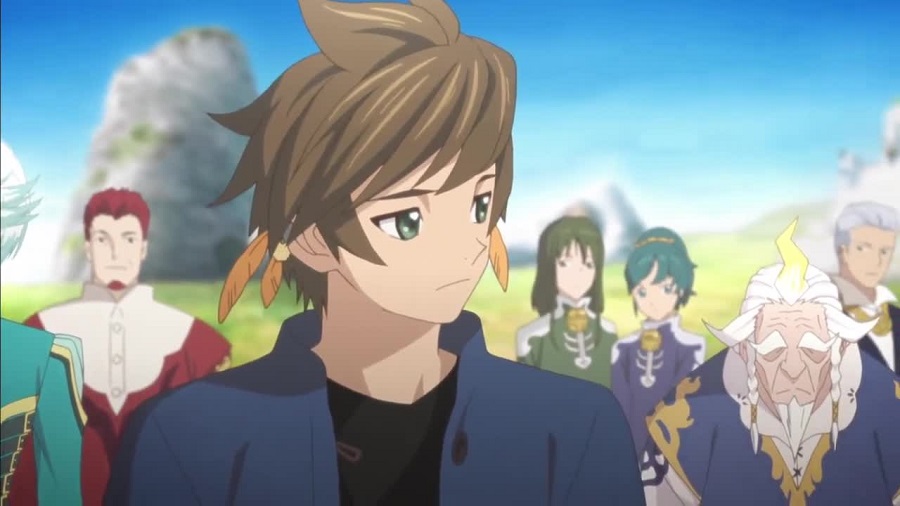 Viewers will find every kind of OST music that they have come to love and expect out of action and fantasy anime in the Tales of Zestiria soundtrack. There’s the slow paced, drawing music that helps to highlight more easy going moments. These parts of the soundtrack help to ease tension when it's high, bringing a lighter tone and working in tandem with deep character discussion and relationship building. There’s the sometimes frenetic fight music that adds an almost expected backdrop to every fight. Even the pauses in music completely make sense when they exist. One could argue that a lack of background music, at times, helps the viewer better understand the seriousness of the situation and build in a feeling of suspense. Typically, when there’s silence, something is about to occur, good or bad. That silence is then broken by the soundtrack, with bright tones if the end result is positive, or an energetic and deep beat if something bad is occurring.

If you’re a fan of the Tales series of games, especially the Tales of Zestiria game, you can’t miss this anime special. Its lively soundtrack makes the entire watching experience an emotional rollercoaster. The OST is bright when it needs to be, dark when it has to be, and consistently well-timed for each and every scene.