The Digimon Card Game Comes to Life in Season Three

Trading card games can get intense, and the players are passionate, but in Digimon Tamers, the game is on a whole new level where having a quick mind is required. In this season of Digimon, playing the right card could mean life or death for the tamers and their partner Digimon.

Have you ever wondered what it would be like if you could make your favorite card games come to life? Or if you could have your favorite card become your partner? Well in the third season of Digimon, these aren’t just questions, but the reality that the main characters face.
Digimon Tamers, the third Digimon series, was drastically different from the first two seasons. For one, the third season takes place in an alternate universe where the first two seasons are a popular franchise with a collectible card game. It's this card game that the characters take part in throughout the series.

In the previous seasons the Digidestined were able to fight with their Digimon by riding on them into battle or by cheering them on and using their own power to help their Digimon partner’s Digivolve. Season two also had a special Digi-egg that gave the Digimon the ability to Armor Digivolve. 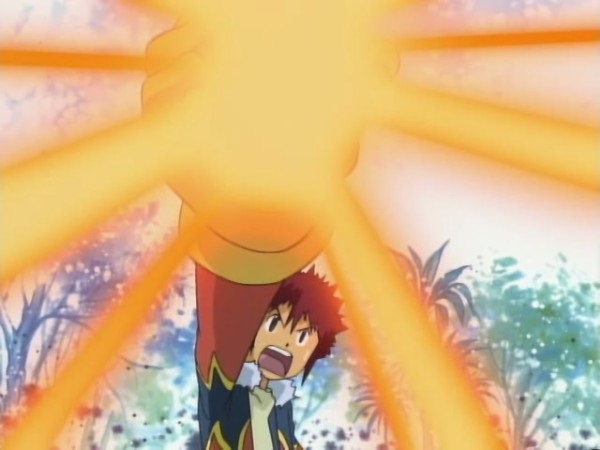 For the third season, this is not the case. This season brings a Digimon card game into the mix. The card game plays a pivotal role in the battles the tamers and their Digimon find themselves in. This ability called “Digi-modify,” or “card slash” in the original version, allows the main characters Takato, Henry, and Rika (the Tamers) to modify the abilities of their Digimon Guilmon, Terriermon, and Renamon using their Digimon cards. 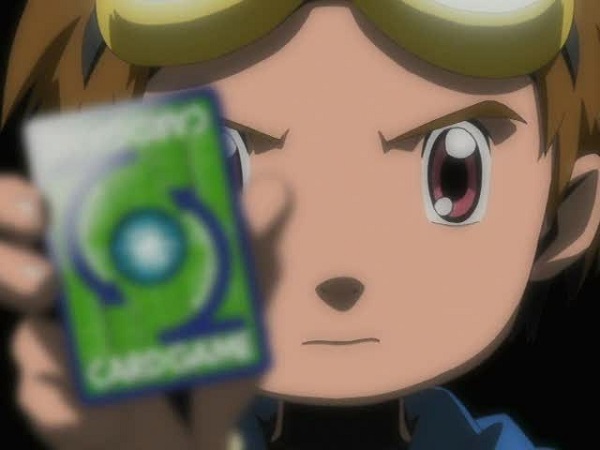 This battle system allowed the Tamers to take a much more active role in the battles than just standing by. The Tamers were able to power up their
Digimon partners, boost their speed, strength, and even gave them the special abilities and weapons of other Digimon.

In episode 15 “Snakes, Trains, and Digimon” Henry used a “WarGreymon’s Brave Shield” card which materialized the shield for Terriermon to use to defend Henry and a little girl from an attack. In the same episode Takato used “Digmons Drills” to change Guilmon’s hands into actual drills to dig a tunnel to the subway station. 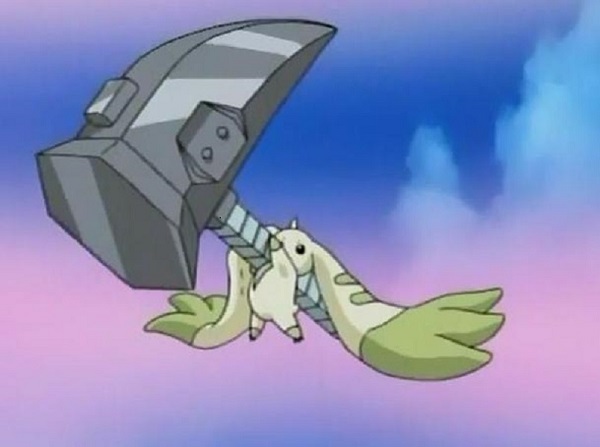 The use of Digimon cards gave the partner Digimon a chance to fight off stronger opponents. This might make them sound invincible, but that wasn't really the case. While the card abilities were able to level the playing field, there wasn’t a guarantee that the good guys would win.
Now you may be thinking, why don’t they just Digivolve? Simple; it’s because the Digimon can’t Digivolve at will unlike in the previous two seasons. In order for the Digimon to Digivolve, the Tamers needed to either use a combination of cards or a “Digivolution” card to have their Digimon Digivolve to Champion.

And to reach the ultimate level they needed a special blue card. The “Blue Card” itself isn’t part of the card game and would magically appear in the Tamer’s decks. 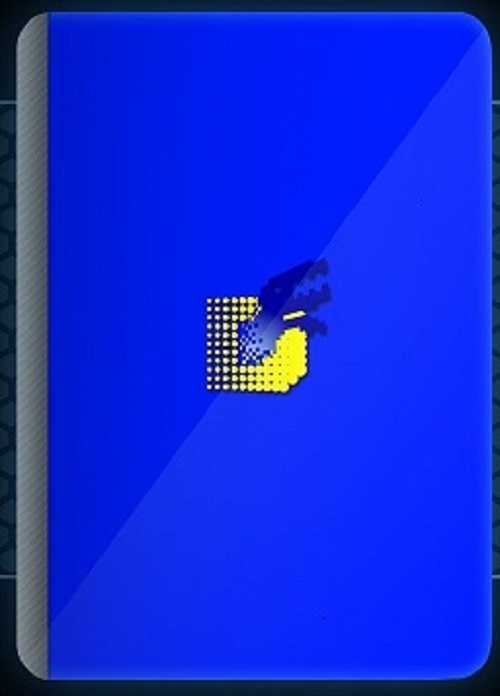 Not being able to Digivolve at will may seem like a setback, but the "modify" ability balances this out. There’s also the added bonus of being able to use modify cards even when the Digimon reach their Ultimate forms.

The ability to fight with their Digimon and come up with power combinations made this season of Digimon more intense during the battles. While a lot of animes have card games as a primary element, such as Yu-Gi-Oh and Future Card BuddyFight, Digimon Tamers was fast paced and the Tamers had to make decisions in the moment or risk losing their partners.