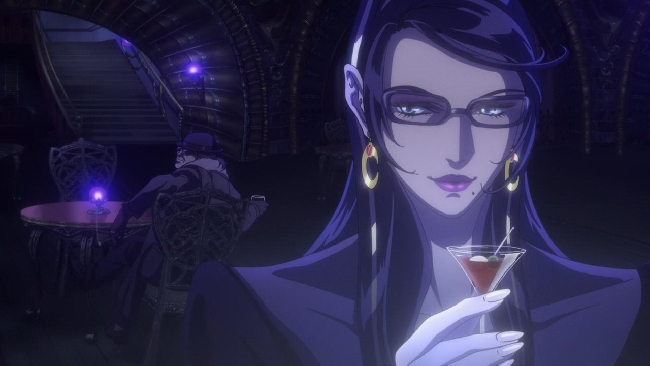 Bayonetta: Bloody Fate is an action anime set in a fictional world where angels and demons are as real and visible as heaven and hell. It's based on an action video-game Bayonetta and retells the story of the game, being mostly true to the original story. The story revolves around the titular character, Bayonetta, a witch who can summon demons by using her own hair. She tries to uncover secrets of her past while fighting off the angelic monsters that try to destroy her. Here's everything you need to know to understand if you're going to like it. 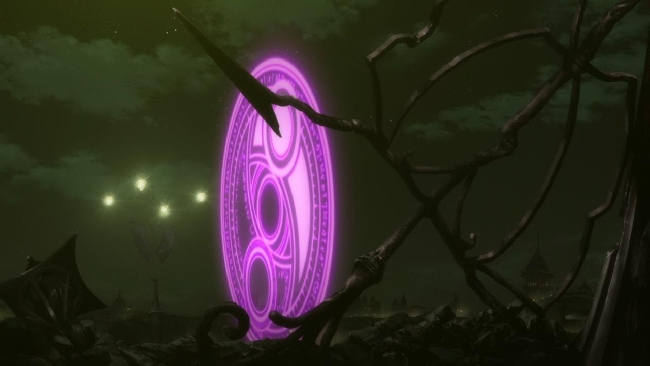 Story of Bayonetta is set in a fictional world, and in a fictional European country. Although the human world looks mostly the same as ours, it is situated in between three spiritual worlds: Paradiso (heavens, inhabited by angels), Purgatorio (a ghostly dimension, parallel to the physical realm) and Inferno (a demonic underworld).

A long time ago, angels and demons lived in an equilibrium. The balance was supported by two human factions: the Lumen Sages, who represented the light forces, and the Umbra Witches, who represented darkness. Each of these groups had an all-powerful artifact, called an Eye of the World. Sages held the Right Eye, and Witches held the Left. The interesting part is that Left Eye was actually a child - a result of a forbidden affair between a Light Sage and an Umbra Witch. These eyes were considered to be parts of Jubilee - a dead goddess who, as it was believed, could destroy the current world and create another one if she was reborn. That world would be perfect and pure, guarded by perfectly just and fair angels.

The Sages believed that this had to be done, while the Witches fought to protect the world as it was at that time. This led to the full-scale war between the two factions, as Sages tried to capture the Left Eye. The war eradicated both factions completely. Nowadays, both of them are completely forgotten and lost to history. However, a single witch woke up from her 500 year slumber under a lake. She is immensely powerful and seems to hold an artifact that resembles a Left Eye of the World, but she doesn't remember a thing about her past, or who she is. She tries to find the answers, while battling the endless angelic forces that try to destroy her. 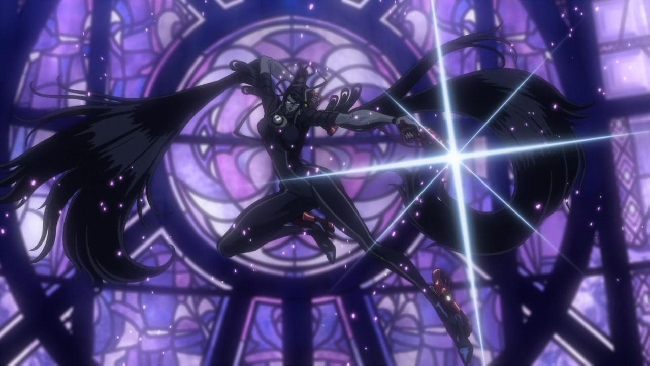 Bayonetta: Bloody Fate is a great action anime that knows how to mix world-building with memorable characters and exceptional battle scenes. Although the bulk of its uniqueness comes from the original video game, it doesn't change the fact that Bayonetta: Bloody Fate is filled with great imagery and unusual fight scenes. There are several unique things about Bayonetta: its take on good versus evil, its stylish and enigmatic protagonist, and its over-the-top story and design.

I won't say a lot about the first part, since it could get into the spoiler territory, but while angels and demons look almost canonical to the bible visually, their goals and characters are wildly different. The anime is full of the "sympathy for the Devil" moments - quite literally, sometimes - and doesn't shy away from questions about the matters of faith, choice, and personal freedom.

The second part is rather obvious. The anime is called "Bayonetta", so it's Bayonetta herself who drives the story, and the action, forward. It's no use going around it, so let's get it out of the way: yes, her style, choice of clothing and outgoing personality can raise a couple of eyebrows - and not just those. Bayonetta is incredibly sexy, no matter how you look at her - and you can be certain that anime makes sure that you do. The thing is, she doesn't wear any clothes. Her leather-looking costume is actually her own magical hair, transformed to look like a costume. But whenever she makes an attack or spawns a demon, it's the same hair that she uses to do it. This means that there's less of it to cover her body. What I'm getting at is that, while Bayonetta: Bloody Fate isn't "ecchi" (overly sexual) in the pure meaning of the word, there's more than enough nudity in there.

However, a gorgeous body isn't everything that Bayonetta has to offer. She actually does have a great personality. She knows about her sexiness very well and uses it to shame or confuse other people, not once being ashamed of herself. She is also a very focused, driven woman, and has a heroic outlook, trying to protect those around her, despite being directly connected to the hellish domain. Overall, Bayonetta is a strong and confident character that would be on lots of best female character compilations even if she wasn't a walking embodiment of a hair fetish. She is definitely worthy of being the sole focus of the story.

The third part isn't a rare sight in the anime industry, but it's worth mentioning nonetheless. Bayonetta: Bloody Fate isn't a story about local problems and realistic progression. Bayonetta is powerful enough to take on huge armies, and you don't doubt for a second that her path will lead her to even more epic fights. Again, not getting into spoilers, but the movie's scope grows exponentially towards the end, and the fans of gargantuan stakes and scale won't leave disappointed. 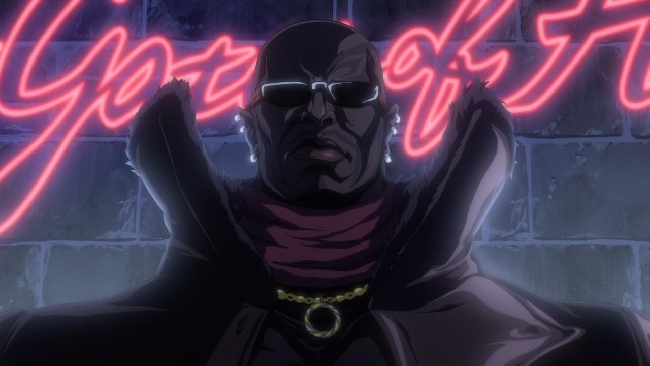 It's all pretty clear with Bayonetta. It's suitable for several categories at once, since it has several things to offer. The first category would be the people who simply want to learn about the story and characters of Bayonetta without having to complete the lengthy video game and those who already did, but want to revisit the story. An hour and a half of Bloody Fate encapsulates the story and characters of the game more than perfectly, and while some of the story elements differ from the original, and the story gets a little blurred in some parts, it's true to the original enough that you won't be confused. The studio actually used official unreleased video game content to give Bayonetta: Bloody Fate some story elements that were left out of the game.

The second viewer category would be the, let's say, fans of the human body. Bayonetta is drawn beautifully and has as much grace as you can fit into that tight clothing. Her unusual hairdo also grants the viewer glimpse into a whole new fetish, and she doesn't seem to mind. The anime is far from being focused on the nakedness of her body, but it does contain quite a few juicy scenes.

The third category is, of course, action fans. Bayonetta: Bloody Fate was created by Gonzo - the same company that gave us Afro Samurai, Basilisk, and Gantz. These guys know how to draw brutal, adrenaline-fueled action. And while I talk about story and characters, action is what this anime is about. Greatly choreographed, faster than a bullet from an ankle-gun, over-the-top action. Bayonetta: Bloody Fate isn't exactly Afro Samurai, but its action scenes are certain to leave a great impression.

Bayonetta: Bloody Fate has a unique protagonist and great action, but it's far from being completely unique. There are plenty of titles that you can enjoy if you liked Bloody Fate. Some of them share the sexy protagonist, others share Bayonetta's desire for blood. The most obvious and similar title is…

Devil May Cry: The Animated Series 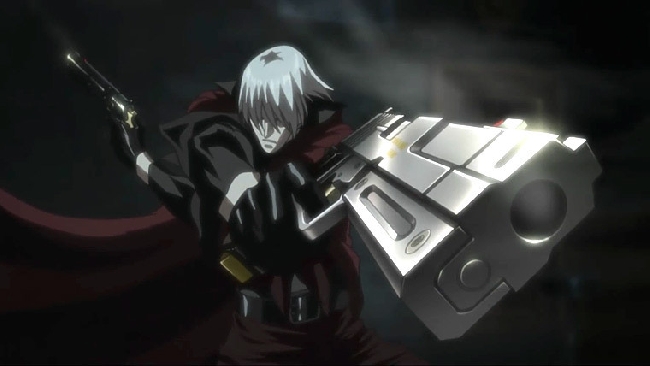 It's pretty obvious where Bayonetta got her style and story. Devil May Cry fits pretty much the same description. An anime based on an action video-game, with an overly sexy and confident protagonist who is travelling between heaven and hell, yet doesn't belong to either, killing stylish enemies with guns and swords. Bayonetta and Dante are so similar that it's pretty much accepted among fans as canon that they inhabit the same world. However, personally, I like Bayonetta: Bloody Fate more than Devil May Cry: The Animated Series, since Devil May Cry is somewhat lengthy and gets a little boring, while Bloody Fate is a roller-coaster from beginning to the end. 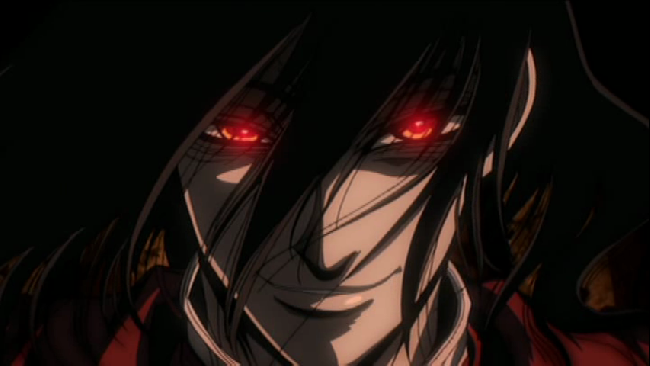 Again, an action-heavy anime focused on a confident and super-powerful protagonist with impressive moral flexibility. Add in the not-so-holy church and the powers to summon demons, and the series starts looking surprisingly similar. Hellsing is definitely taking the cake for its ultra-violence, crazy characters, and insane story. If you're a fan of action anime, Hellsing is an obvious choice either way, but only if you're OK with a constant barrage of violence and craziness. 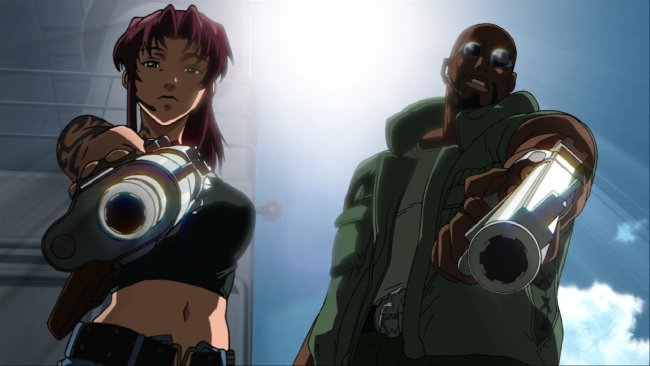 Somewhat different tone, but the same idea. Black Lagoon focuses on a strong and sexy female protagonist with questionable morals and her rag-tag group of mercenaries as they try to survive in a world of violence. Black Lagoon is less about the action and more about the characters and their problems, but it has more than enough to be exciting. 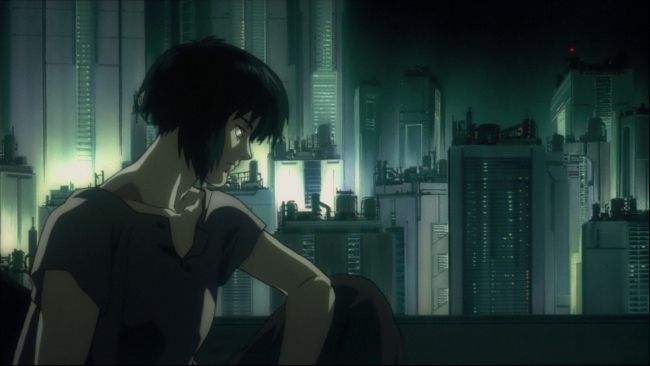 Again, different genre but a similar premise. I hope there's no reason to talk about Ghost in the Shell, one of the best anime titles in existence. It's got the similar mix of mystery and action, although it's in the cyberpunk setting, instead of fantasy, and is heavy on the philosophical pondering, unlike Bloody Fate's simpler ideas. 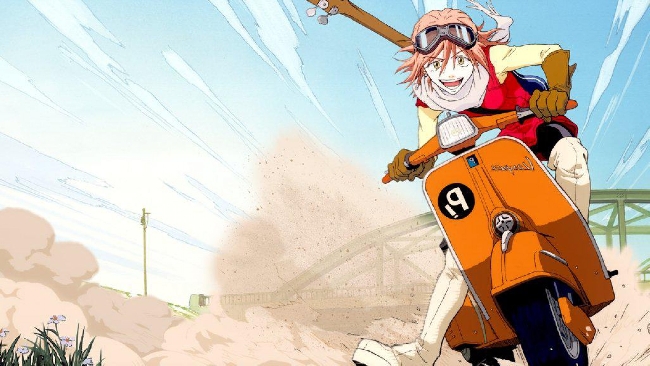