Shokugeki no Souma goes back to school this week, and it's a spicy crash course in the subtleties of curry. 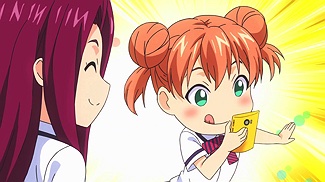 We're getting close on the end of the first season of Shokugeki no Souma and it seems fair to ask - will there be more? The anime is beginning what's clearly a long and involved arc, one very unlikely to finish in five episodes. Sales of the first volume weren't strong (inexplicably) - about 2,000 - but my suspicion is that the folks at Shueisha are more concerned with manga sales, which were already huge, and received a nice boost with the release of the anime. I wish disc sales were better and I'm puzzled that they aren't, but I think the dynamics of Food Wars point towards the anime continuing next year. 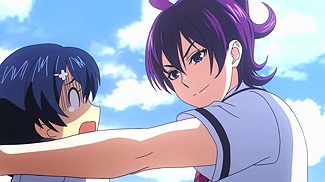 Considering the relative youth of the manga (it's less than three years old) the depth and breadth of the story really is pretty impressive. It was nice to get a little break from the over-the-top cutthroat nature of Tootsuki, to be honest, but the return to school reminds of us just much of this setting remains unexplored. 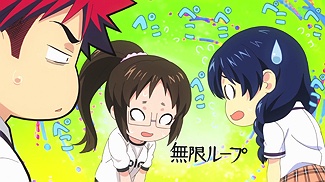 And the next phase of that exploration? Of course, it's the Autumn Elections arc - and that means the introduction of still more characters we've yet to meet. The first step is to qualify for the elections themselves, but it's pretty much a given that all of the headliners will be there - even Erina's argument to exclude Souma-kun seems thoroughly halfhearted. One suspects Eizen's reasons for arguing on his behalf are fueled in part by a desire for payback, but he's not lying when he says he wants to see Souma make the competition more interesting. 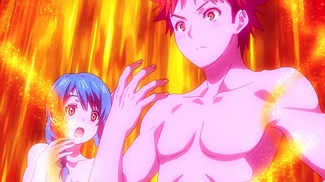 Among the first new (though she did briefly pop up very early) faces we see is Hojou Miyoko (Seto Asami). She's a brash and violent girl who's extremely interested in Megumi as the girl who fought Shinomiya-san to a draw - though when Megumi tries to pass off any success as the result of Souma's help (which is not how it happened at all) she seems to lose interest pretty quickly. There's also the mysterious silver-haired Hayama Akira (Suwabe Junichi no less - a great seiyuu who really shouldn't be playing first-year high schoolers) though his importance won't become clear until later in the episode. 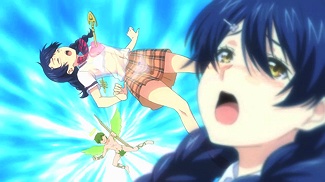 The dominant theme of the B-part is definitely "curry". It's the theme (cryptically) of the elections, and to learn more about the vagaries of the exotic flavor of the East, Souma and Megumi follow the trail of breadcumbs his father left, leading to Shiomi Jun (Takahashi Mikako). She was a kouhai of Jouichirou and is now a teacher, the head of the spice lab. But the reception she offers Souma upon hearing whose son he is isn't quite what the old man led the boy to expect, as we see play out in truly hilarious two-camera action. 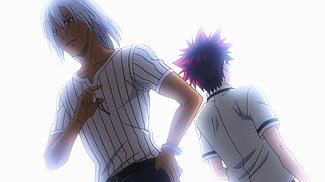 Shiomi may be elementary-schooler sized and socially inept, but she's definitely Tootsuki's go-to maven when it comes to spices - and it's Hayama-kun who interprets her concepts for practical use as her assistant. The role of fragrance in our perception of taste is key here, and such crucial concepts as the fat-solubility of some spices, the art of dry-roasting and the merits of using water rather than stock so as to not muddle flavors are touched on too. There's also a fascinating introduction to the curry leaf, a fresh tree herb crucial to South Indian cuisine that's actually unrelated to the spice mix most think of as "curry", but which imparts a subtle and complex "curry-like" aroma and flavor to any dish it's added to. 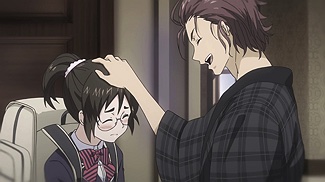 If you're a food geek, the hits just keep on coming in Shokugeki no Souma. In a sense, Tootsuki is almost like "Greed Island" if Togashi Yoshihiro were as obsessed with cooking as he was with MMORPGs - and if you know me, you know I mean that as high praise. The appeal of this series has grown on me at every stage - from being a manga reader to watching it on anime, and as the anime has progressed deeper into the story. Sometimes hits deserve to be hits, and this series is one of them - and J.C. Staff is doing a superb job bringing it to the screen. 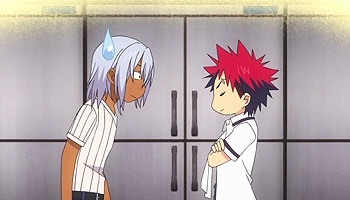