Of all the spirits and animals in Princess Mononoke (Mononoke Hime), the boar tribe and the boar god that rules over them play a critical role in the story. But do you know how their behavior and personality ties into Japanese culture and mythology? 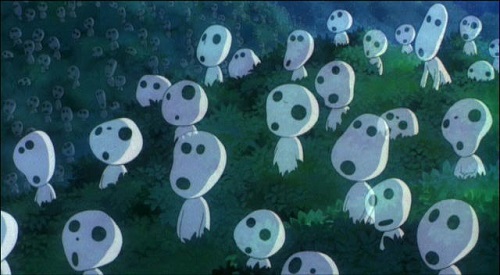 The beautifully animated movie Princess Mononoke (Mononoke Hime) begins with the lead hero, Prince Ashitaka, stopping a demon god from attacking his village, but becoming cursed in the project. This sets the plot into motion, drawing the Emishi prince to the conflict between the inhabitants of Iron Town and the nearby forest. The movie itself is well known for incorporating elements of Japanese mythology in a nice way, such as the use of the Kodama to represent the spirits and well-being of the forest they inhabit, but how is the boar tribe linked to Japanese culture and mythology?

Inosasao and the Tale of the Vengeful Boar God

The gods in this setting are ancient spirits, old and powerful, who guide the younger members of their kind. There are two of them that lead the boar tribe: Nago and Okkoto. 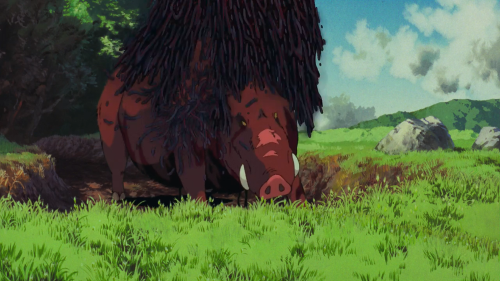 The first boar god, Nago, became the first demon god after being shot by Lady Eboshi and her forces while defending his territory along with the other boars. Having his home burned down, his bones shattered, and his flesh rotted by the iron lodged within him, turned Nago into the rampaging demon that found its way to the Emishi village. Ashitaka ultimately kills him, but his hatred lives on within the cursed arm and tries to exact revenge on the ones responsible for his pain and death. 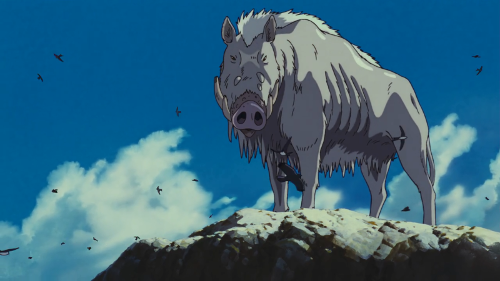 The second boar god, Okkoto, proves himself to be more reasonable than both Nago and the remaining boar tribe members left behind by acknowledging that Ashitaka did them a service by killing Nago, as becoming a demon is something shameful to their tribe. He likewise acknowledges that he and his tribe will likely meet their end, but intends for their defiance and last reckless act to leave the humans in awe at their power, refusing to let their tribe wilt away meaninglessly. Even so, once all of the boar tribe are killed, their corpses skinned, and he's stabbed by the men wearing them, Okkoto ends up turning into a demon as well. 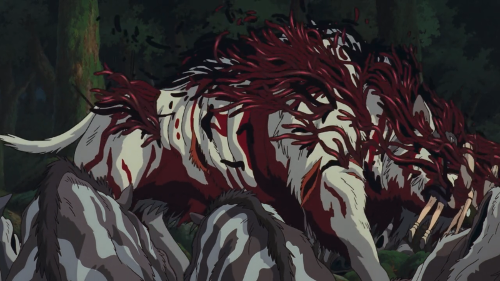 Both of their fates are similar to that of Inosasao, a boar god in Japanese mythology that was killed by hunters and came back as a vengeful spirit driven to kill humans in revenge. Both eventually turned into giant demons just like the boar god in the mythology, their grudges and hatred living on and lashing out when in the presence of the ones who killed them. In the end, it is only by the power of a greater god, the Forest Spirit, that their curses are lifted and they are truly laid to rest.

Ties to Boars in Japanese Culture 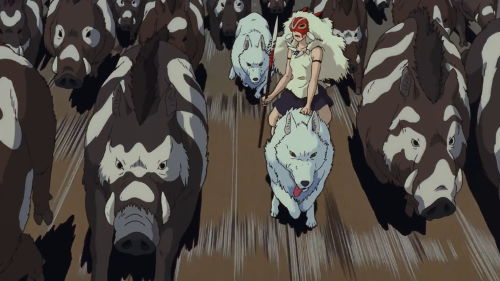 In Japanese culture and folklore, the wild boar (inoshishi) is considered reckless yet powerful, defiant yet brave. In some cases, they can be linked to prosperity, with a common trend in the past being to carry around a pouch of boar hair in order to bring oneself wealth. In the film, all of these qualities can be seen from how they influence the story, from the beginning to the very end.

Iron Town became prosperous by driving away the boars and the boar god from their mountain for their iron sand. The boar tribe's stubborn desire for revenge brings them to the forest where they ready themselves for a final rush at the Iron Town, painting themselves in mud as though it is war-paint and charging ahead. The boar god Okkoto knowingly commits to his decision, despite being warned they wouldn't survive. He and his tribe remain defiant to the very end.

The stubbornness born from their pride persists in the boar gods even after they lose their sanity by becoming demon gods, charging forward to cause destruction in spite of both San and Ashitaka's best efforts to pacify their rage. In contrast, the Forest Spirit ceases its rampage once human hands return its head and heals everything within its power, regardless of the fact that the two who did so weren't responsible for its death. 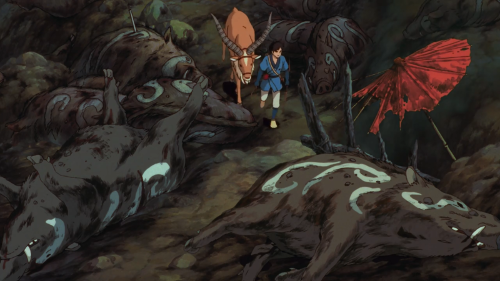 Princess Mononoke highlights these factors for audiences all over the world. It is an exemplary showing of how boars are thought to be powerful and prideful creatures in Japanese culture and mythology, made clear through their unwavering actions in the film.