One Punch Man Opening: A Trailer of Fists

This particular opening sequence packs a punch - literally! We get to see a superhero's fist at least a dozen times in less than two minutes. And why not? After all, he is One Punch Man! The One Punch Man opening gives a pretty good glimpse into what's in store in this hilarious anime series! 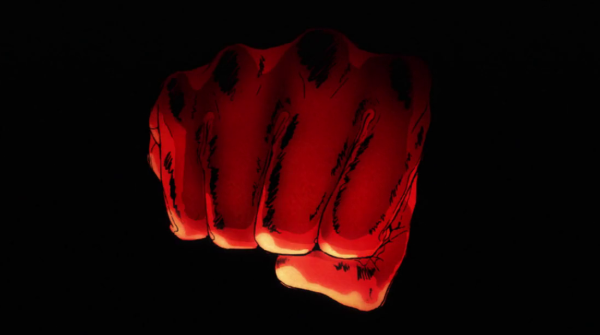 The first thing you'll see when the One Punch Man opening sequence starts is a red gloved fist. This is very fitting since One Punch Man is all about a superhero who can knock the lights out of most any villain with just one powerful punch! 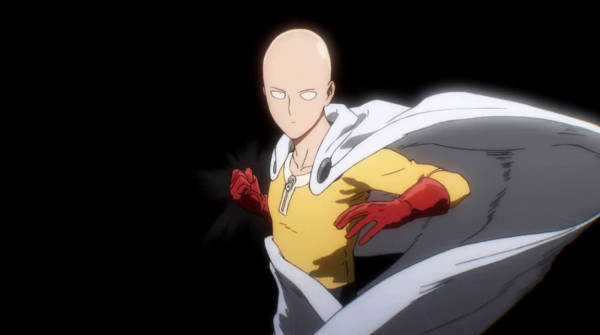 You'll get to see our hero, Saitama, in all his superhero glory: wearing a yellow suit, white cape, and red rubber gloves. And yes, he's completely bald and has an expressionless face. Those dead eyes may not be very bad-ass or superhero-like, but rest assured, they become fierce and intense when he's in his fighting mode. 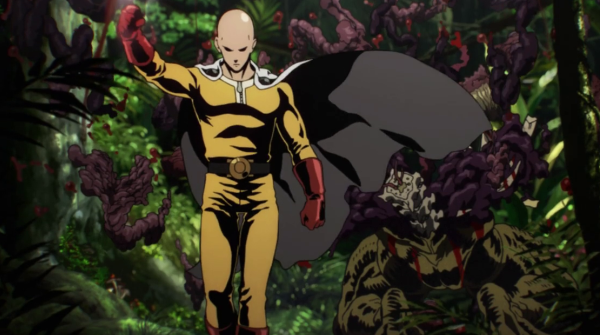 Next in the One Punch Man opening, you'll get to see Saitama leaving a defeated monster behind with a strut and a raised fist. Another villain down by our hero! You get to see him beat a variety of monsters and villains through the entire One Punch Man opening sequence as JAM Project's "THE HERO !! ~Okoreru Kobushi ni Hi wo Tsukero~ (THE HERO !! ~Light a Fire in This Enraged Fist~) plays on. This opening song is upbeat and will make you bob your head and maybe even sing along with the catchphrase "One punch!". The lyrics of the song are also spot on. A translated excerpt of the song goes, "One punch! It’s over! Victory battle after battle! I cry! I always win! Domination!" which conveys Saitama's impressive streak of undefeated battles. There's also a line that translates to, "What’s wrong with me? I can’t feel a thing, and the enemy is long gone!" which may refer to Saitama's frustration and boredom when he can no longer find an opponent who's challenging enough to fight with. 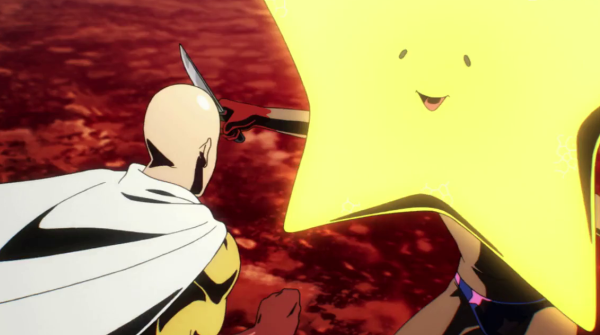 One Punch Man is not all fighting and emotions though. It is an action-comedy series, after all. Very random things happen and strange monsters appear every episode. Even the One Punch Man opening sequence shows Saitama fighting against a knife-wielding, star-faced villain who is wearing star printed underwear. 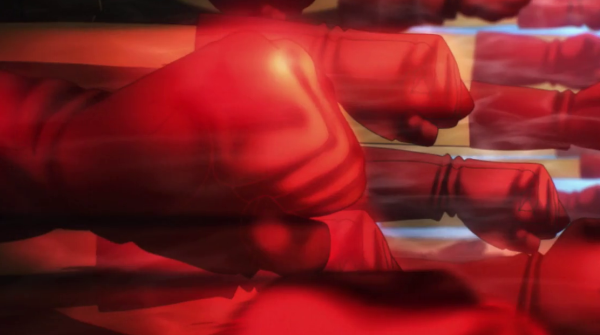 As if there aren't enough fists shown, the One Punch Man opening sequence also shows Saitama destroying a portion of a mountain in a series of swift punches. 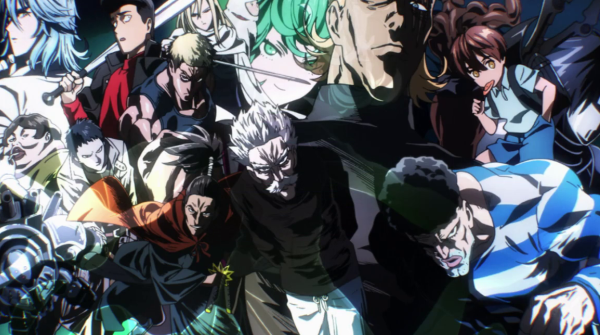 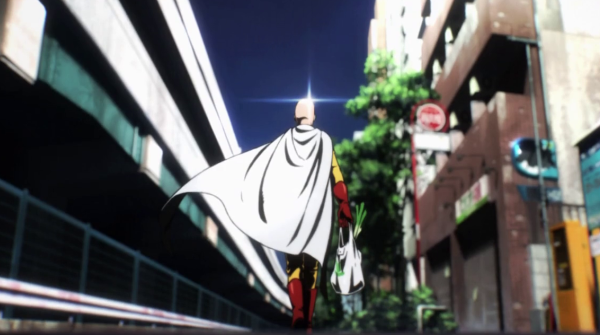 The One Punch Man opening sequence ends with Saitama walking home in his superhero costume, carrying a bag of groceries with his bald head sparkling under the bright sun.

Watch the entire One Punch Man opening, JAM Project's THE HERO !! ~Light a Fire in This Enraged Fist~, in the video below to experience Saitama's greatness firsthand!