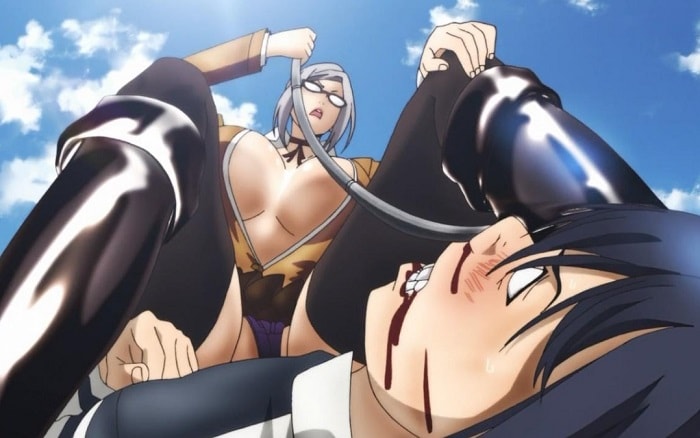 Half bromance prison-escape extraordinaire, half masochist's dream, the ecchi comedy anime Prison School is an extraordinary achievement in anime camerawork. Even if that camera was mostly focused on the vice president's goods... 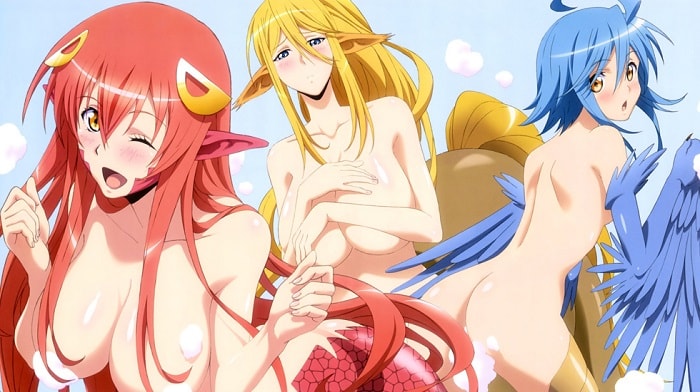 Monster Musume asks a serious question: Would you rather have intimate relations with a snake, bird, horse, spider or blob? I'm glad at least one anime is asking the important questions. This ecchi harem anime proves that you don't have to be human to be sexy. 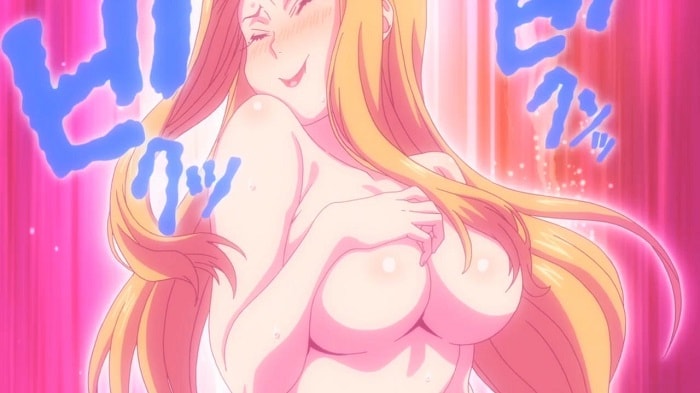 Food and sex cater to two of our most primal urges, and Shokugeki wraps them both into a well crafted shounen tale about a boy named Souma that wants to be the best chef in the world. Food never looked this sexy. 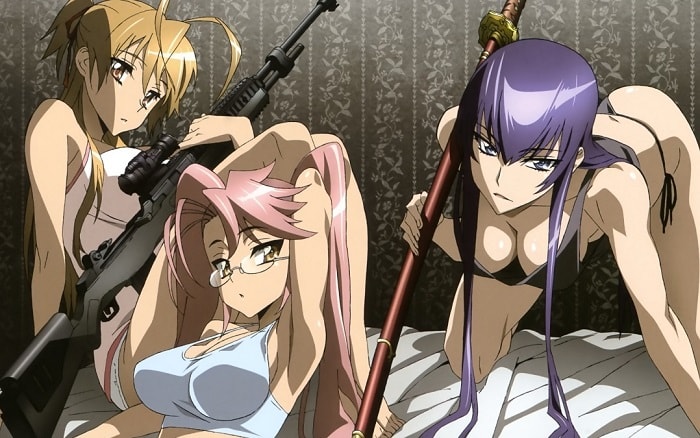 Highschool of the Dead's popularity (at least in English-speaking fandom) is mostly due to timing. It hit right at the time when zombies were at their all time high in fan culture. But it also has something to do with HoTD being wonderfully ridiculous, including bullet-time-boobies that gyrate at supersonic speed. Sounds good to me!

SHIMONETA: A Boring World Where the Concept of Dirty Jokes Doesn't Exist 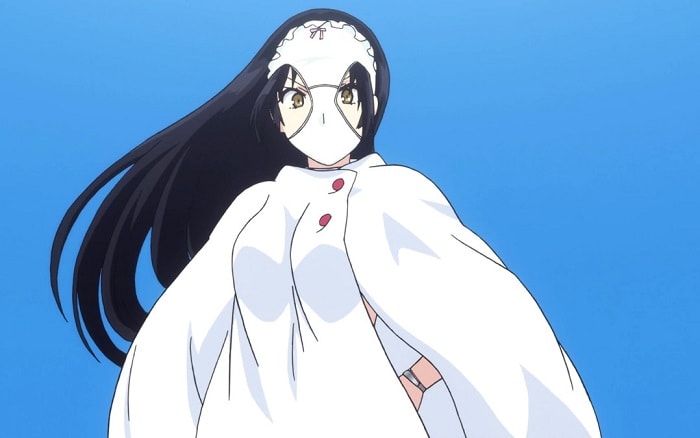 Not many anime attempt to make grand political statements about the importance of their dumb dirty jokes and material, but that's exactly what Shimoneta does. It is the best critique of governmental censorship that also features a lady running around with underpants on her face as she throws pictures of hot naked ladies to shocked onlookers who probably have not even seen themselves naked before. Pure comedy. 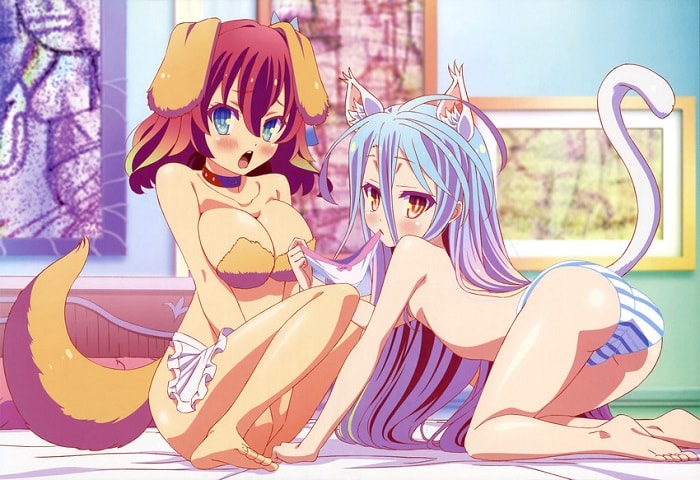 How do you make your ecchi light novel adaptation about a guy falling into a video game like world stand out from the crowd? Not just by throwing as many LN tropes as you can (cough Shinmai Maou no Testament cough), but by giving it an artwork and colour scheme similar to that of Jojo's Bizarre Adventure obviously! This anime with its cast of sexy/cute girls is definitely one to watch for the plot. 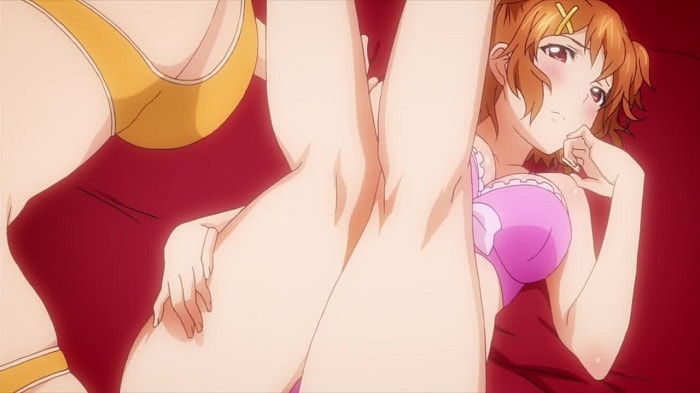 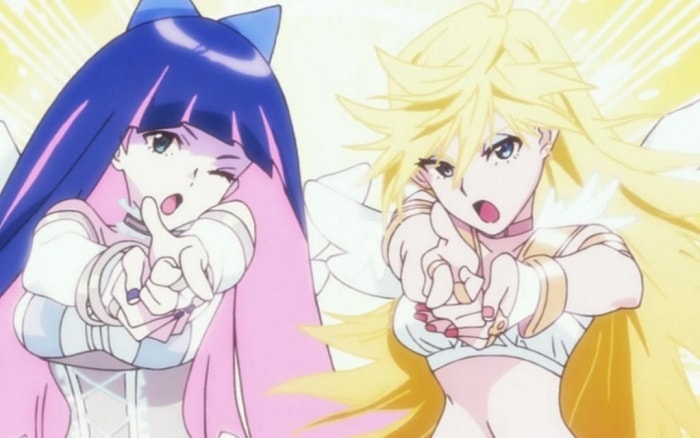 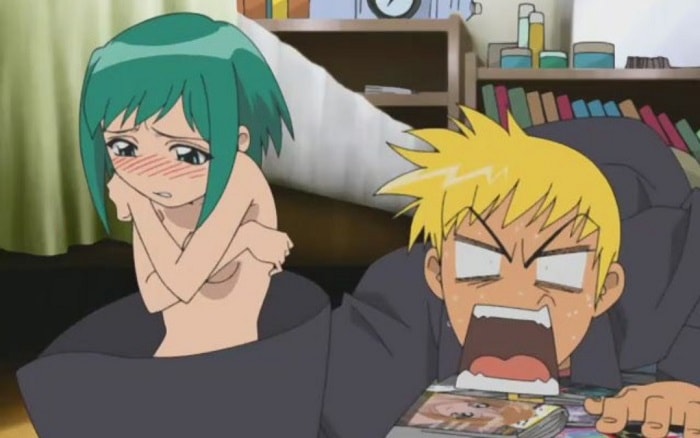 Did you like Parasyte but think it would be better if instead of lots of killing and blood, it was a cute ecchi romance anime instead? Did you wish that instead of being a shapeless blob, Migi was a cute naked girl on the end of your right hand? Well then boy do I have an anime for you! 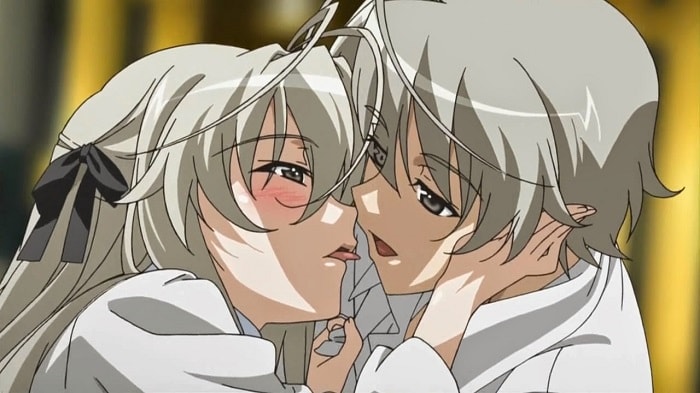 You know how in ecchi anime producers often add a sister character and heavily imply that she wants to bone our lead but either never gets there or drops the old "not blood-related" shtick? Don't you wish anime would just drop that pretense? Yeah, Yosuga no Sora. I shall say no more. 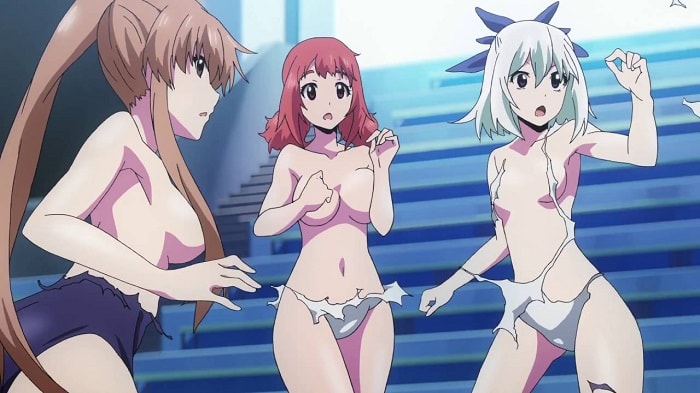 Let's not f*ck around here. This is a show about a made-up sport called 'Keijo' which is basically sumo on a platform in a pool with boobs and butts. If you're not a complete snob about fanservice, you'll think it's pretty good. Check it out! 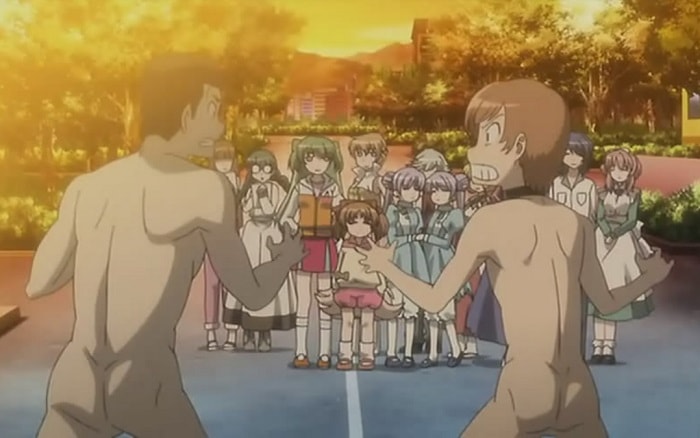 Inukami is worth mentioning for the lengths it goes to with its perversions. Yes there are sexy undressed ladies, but it also features the main character being transported to another dimension, where a bunch of men wearing loincloths challenge him to a hip thrusting contest. 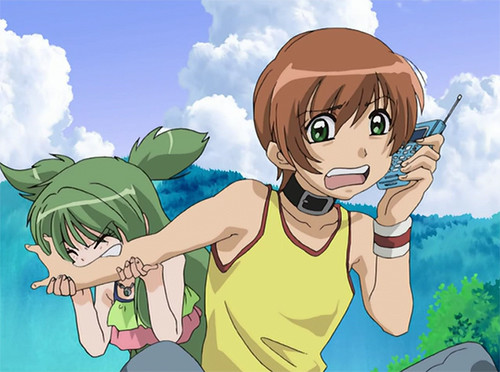 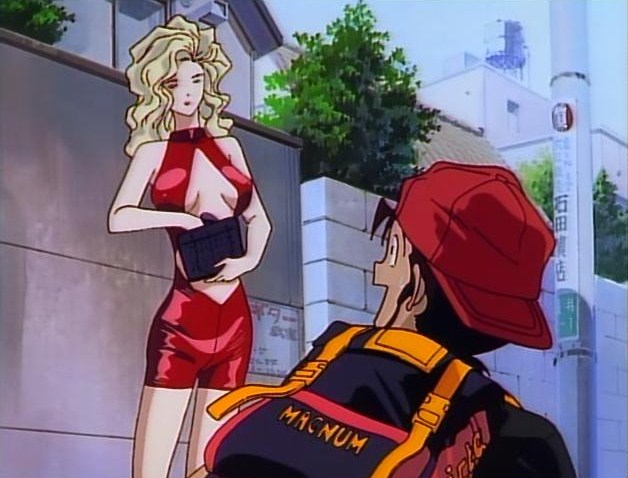 The golden oldie of the genre, Golden Boy follows the world's most inept genius in the world of anime as he tries to impress a string of originally dismissive, sexy women wearing very tight clothes. It was pioneering in its day for having its main character's hand morph into a penis whenever a pretty lady touched it. Hey, that's got to be someone's fetish, right? 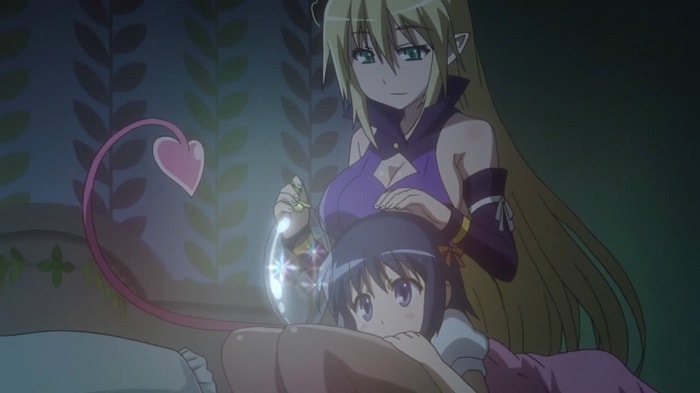 I don't want to give away the outrageous premise of this ecchi rom-com, so you're going to have to have to go into this one blind. What I will say though, is that it's a heartwarming tale of a 10 year old succubus that needs to form a harem so that she's able to have a steady supply of semen, and eventually ends up falling in love with one of her mother's 23 year old concubines that she's previously produced offspring with.

It's pretty good though.

If you want even more ecchi anime (or don't trust these wonderful recommendations), you can check out MAL's Ecchi Anime Page to search for more.