One of most popular shows out there is Hajime no Ippo. Hajime no Ippo is an anime about a bullied high school student named Ippo Makunouchi who has a chance encounter with a professional boxer. This boxer inspires Ippo to become one himself. One of the many reasons this show has gained such a large audience is due to the quality of its openings.

The first Hajime no Ippo opening perfectly introduces a new viewer to the show. The opening highlights Ippo's training and roots as a young fisherman. We see Ippo conducting boxing drills and perfecting his technique as he prepares for a match. The opening finishes with Ippo's hard work paying off, as he knocks out his opponent. This is all done to the appropriate tune "Under Star" by Shocking Lemon.

The second opening does an excellent job of showing Ippo's progress. The animators used this opportunity to present new characters and emphasize how far Ippo has come in his boxing career. Ippo bobbing and weaving through flames towards a championship belt says it all. The song is "Inner Light" by Shocking Lemon.

The third opening isn't as dynamic as its predecessors. The whole opening is very simple and almost exclusively takes place during a boxing match between Ippo and Sendo Takeshi. Sendo is an important character due to the fact that he has a very similar boxing style to Makunouchi and is also Ippo's first real rival. The two will have several hard-fought matches and both has the other's respect. The theme is "Tumbling Dice" by Tsuneo Imahori.

Ippo isn't the only character 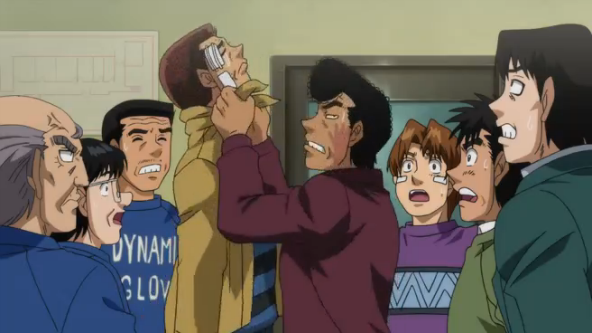 Hajime no Ippo has wonderful side characters with stories as rich as Makunouchi's. These character's motives and personalities are expounded on in the second series of the show, Hajime no Ippo: New Challenger. This is evident in the New Challenger opening animations. While Ippo is still the focal point, other characters like Miyata and Takamura, are given extensive screen time. "Hekireki" by Last Alliance is the featured song.

Learning how to be a true champion 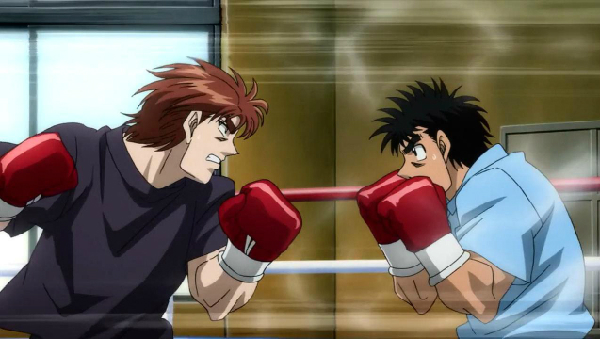 The latest anime release, that follows the main story line from the manga, is Hajime no Ippo: Rising. Rising is about Ippo maturing and growing into a man worthy of the championship title. The first shot of the opening is profound; a proud Ippo is preparing to walk out to the ring with his championship belt adorned across his shoulder. He has come a long way from the timid high school student he was just a few years ago. "Yakan Hikou" by Wasureran nee Yo is the opening theme.

Though having a well done anime opening is by no means a necessity, they are the first images of a show the audience will see. An effective opening is an excellent way to grab the audience's attention and to peak their interests. The Hajime no Ippo franchise has wonderful, simple openings that both inform and entertain. The show is proof that you don't need fantastical shots and crazy alternate music to garner a following.