Shokugeki no Souma delivers up another delicious taste of youth and karaage. But why aren't more people buying the discs? 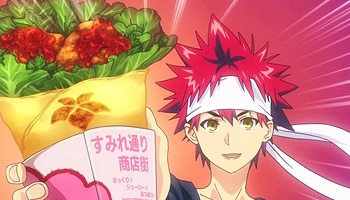 I've spent no small amount of time trying to figure out why Shokugeki no Souma isn't more popular than it is, using the measure of Blu-ray/DVD sales (Vol. 1 sold about 2000 units this week). I'm used to shows I like tanking on disc, don't get me wrong - there are exceptions, but low sales numbers are the norm for me. 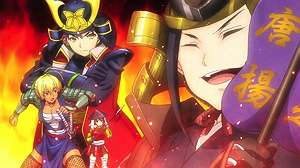 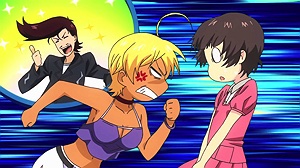 One thing's for sure - this is an outstanding modern shounen, one of the best WSJ titles and one of the best WSJ adaptations in recent years. Shounen series often wax rhapsodically about the magical notion of seishun, but few of them really get the whole romance of youth concept like Shokugeki no Souma does. It really captures the sense of limitless possibility and the exhilaration of having seemingly boundless energy, and the Battle of Sumire-dori exemplifies that. 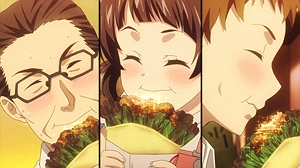 I like the way Souma approaches plots like this one - they're subtler than they appear, not dumbed down and respect the characters and the audience. Kino-san is no fool, and Mozuya is a threat because they're amazingly good at what they do. But the way Souma, Ikumi and Mayumi counterattack is classic youth - they don't want to wait around, they want to win now. So they brainstorm and test and taste, and they make homemade flyers and they go on the offensive with someone they know will appeal to kids and middle-class housewives and tired salarymen. Rather than fighting Mozuya on their own turf - karaage made to be packaged and eaten later - they focus on food made to be eaten in the shopping district (along with beer and Japanese sweets, of course). 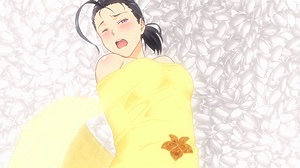 After some trial and error - karaage on toothpicks in milk cartons doesn't quite snap - Souma and "Meat-o-san" settle on thigh meat (juicier and more appealing in the moment), with a salty and spicy marinade, wrapped with rice, cabbage and herbs inside a rice-flour crepe. It's a clever take on Bánh xèo, a Vietnamese street dish, and the perfect finger food for the Sumire shoutengai. And it hits Mozuya hard - their sales plunge 20% from the first day. Mozuya didn't cheat to steal that business from the shoutengai - they came up with a great product and hired the right guy to help them market it to locals - and Souma fought back with a great product of his own that's even better-suited to those locals (because he's one of them). And damn, do I ever want to eat one of those things right now. 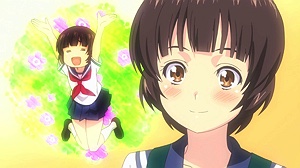 It's on Mayumi to carry on this struggle with the help of the Chairman, of course - Souma and Nikumi can't be around to do it - and while she hasn't a ghost of a chance with Souma-kun, it is nice to see how happy she is when Souma entrusts her with this, and the fact that he's noticed all along how responsible and hard-working she is. 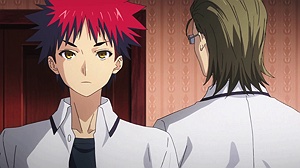 For Souma there are other fish to fry - with the return to Tootsuki comes the news (courtesy Eizan Etsuya) that Souma has earned a role in the autumn elections. Eizan also offers Souma a job (refused, naturally) and the revelation that he's 9th seat in the Elite Ten. For Souma Eizan is yet another rival - even by shounen standards he's acquiring quite a passel of those - and the elections one more chance to prove he belongs on the big stage. 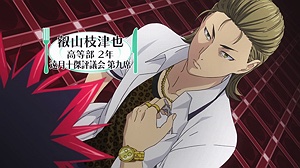