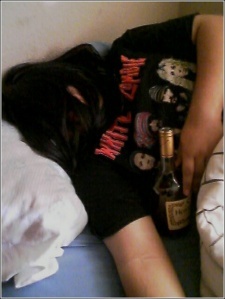 In the mean time, there is an small but existing group out over at Mexicali.

Now, as for building the wall. Hope y'know the maneuver of picking up one row to stack on top the other.

KyuuAL Aug 13, 2017 6:40 AM
OK. One of my club members developed some better hand out material. Just PM me your e-mail and I'll send two docs over. This should help you teach people. Although, if you need it converted into Spanish, well, at least, you have a basic format to work with.

"Basically what I need to figure out is how to actually set up the table!"

And what do you mean by that? You mean the initial walls? Square table. People sit down; and to build walls, two rows of 17 double stacked. Now, the technique to pick up one row to put on top of the other -- this takes practice.

I'm a "board member" to NARMA ( https://www.nariichi.org/ ); and we're interested in finding mahjong people in Mexico.

As for a guide, one of my club members produced a very good guide. I'll get it over to you.

KyuuAL Aug 9, 2017 10:36 AM
I'll be playing in the World Riichi Championship this year. Mahjong is getting intense!

KyuuAL Nov 19, 2014 3:37 AM
Eventually, I'll run again. For I can probably put in one or two more years into it. Afterwards, I really won't care anymore.
.
For now, it's all about the mahjong. And yea, I blame you guys for getting me started. LOLOLOLOL.
.
If you want anime conventions with mahjong, there's:
.
* Sakuracon (Seattle)
* FAnime (San Fran.)
* Anime Central (Chicago) - where I host a tournament
.
Other possibilities:
* Otakon (Baltimore)
* AnimeNEXT (NYC)
* Anime Milwaukee - where I'll be attending myself.
.
Plus, I received word from the head of USPML about attendance at PAX South (San Antonio).

KyuuAL Nov 1, 2014 4:26 AM
What's up, man.
.
Unfortunately, my left foot has rendered me unable to participate in those running races. Otherwise, I'd still be doing a bunch of them.
.
As for mahjong -- you have no idea. Consider my pet project:
http://arcturus.su/wiki/Main_Page

I help run my mahjong group; and I'm always in Osamuko IRC. Plus, I use mahjong to get me into anime conventions by paneling and running events there.