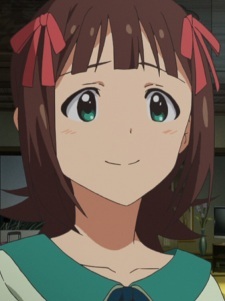 Edocchi May 8, 2019 11:54 AM
To be perfectly honest, more than 70% of my enjoyment lies in Kumiko alone. I even disliked Midori and Reina on my first watch of S1 (I'm still not fond of Midori 'til now, she's the least developed character in this series). If we're talkin about favorite characters though, I think there's only one person I want to mention other than Kumiko, and that is Mamiko. Their love-hate relationship and struggles in life are things I resonate powerfully with me, living, as I do, in a similar family situation. Kumiko telling Mamiko that she loves her would definitely be somewhere in my list of top 5 of the most beautiful scene in anime if I were to make one.

Unfortunately I didn't find Liz to Aoi Tori to be that engaging. I may need a rewatch someday though. But I doubt it would change my mind. Firstly because Nozomi & Mizore are characters I barely care about too. Especially Mizore, I always have problem liking expressionless characters. And secondly, I never been a big fan of Yamada's works and her directing style.

Edocchi May 5, 2019 5:07 AM
I can feel so much love. Thank you for sharing. Honestly never thought there was someone who would have such emotional connection to her. I also love how she never runs out of optimism, is eager to improve, and very friendly and outgoing. I don't relate to her, but her character is one that I appreciate more than the likes of Nozomi and other 2nd year senpai's

That OVA is one of my favorite episodes too! Really shows how much of a big-hearted she truly is. As a Kumiko fan myself, a mere thank you isn't enough to express how much I am gratitude to her for what she did. I did tear up a bit at ep 8 after she was rejected by Shuuichi. "A tuba's job is supporting people from the wings", it's so painful to watch Hazuki trying to hide her emotions. When she let her emotions out later on, I just couldn't help but burst into tears. But thank god the girl is strong. She doesn't let that get her down. She even supports Kumiko & Shuuichi now! I do too :)

Edocchi May 4, 2019 6:12 PM
First time I see Hazuki-chan in someone's faves. Interesting. What do you like and find special about her?