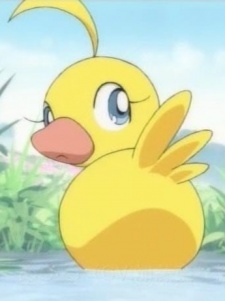 Maybe Sound! Euphonium? And perhaps Kekkai Sensen as well. I fear if I wrote a Fate review the community would eat me alive. Surprised they didn't do moreso with the Dungeon one!

neonstripedzebra Jun 25, 2015 3:50 PM
I read that Shirobako's second season most likely won't come up because PA Works never do sequels or something. It is a very sad information

I think they are going well. I passed the proficiency exam -YAY!!!!- and now I will change my department to Philosophy. What about yours? And what happened to your novel?

Popka Jun 25, 2015 7:10 AM
Visually it's great, the animation is solid and they made the backgrounds look like a three-dimensional space. It's like Coppelion if the character designs didn't look like total garbage.

It actually makes good points about the meaning of commitment. If people accuse it of "yuri-bait" I'd say it's probably just because they overplay some of the moments between Kumiko and Reina. All the big scenes between them are heavily stylized anyway.

Well, I remember the first days I saw Shirobako's MAL score. I thought that it would not be a good serie to watch so I omited it from my plan to watch list. But when it ended, its score shocked me a lot like Shinsekai Yori did. I was full of relish and joy while I was watching that. It was -somewhat- realistic :D I mean, it has cute girls doing cute things stuff as well but it did not lower my joy that much! I really do wish a second season. For instance, a second season about the seiyuu girl?
All Comments