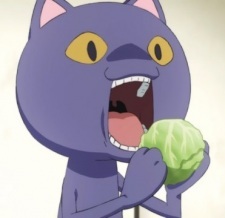 Hydallan Apr 2, 2019 5:41 AM
I am in the middle of Mob Psycho 100 season 2 right now. I´ve been seeing so much praise about it since it started airing that I made time to rewatch the first season in one go and then started the second one. So far so fantastic. And they somehow managed to surpass the first season´s op.

Promised Neverland was great, I almost regret having read the manga since I saw all the twists coming. I am so happy they will make the second season so soon. Hopefully the third one will follow suit. There is certainly enough manga to be adapted. Oh man, there is this one scene from the manga that I just can´t wait to see animated. It is so friggin badass. You´ll love it! Hype for season 2!

I recently started rereading Berserk again. I remember when I first read it a year or so back, I thought it would take me so long to read it all. There is like 350 chapters or so after all. But it only took a couple of months in the end, and I only read on the bus or during food breaks. It truly is a legendary masterpiece. The only downside is that the author is prone to ridiculous hiatuses, so it will probably take another 30 years to get finished xD

Also, I am pretty hooked on Shield Hero. The recent episode with the introduction of Glass were veeery intriguing.

Finished rereading Spirit Circle again. I can´t get enough of manga from this author. You only know him through Planet With, since the story came from him, but his mangas are top tier, lemme tell you. Planet With wasn´t really one of his stronger works, but I definitely saw his touch in the last few episodes, so if you are at least a bit intrigued, try Spirit Circle or Lucifer and the Biscuit Hammer. They are both short, so it won´t take much of your time, but I promise you they are both quite unforgettable.

Hydallan Mar 23, 2019 5:03 PM
So anyway...want some hype? Are you ready for this? You sure? You might allready know this, but in case you don´t...so there are 2 Made in Abyss movies being made, which are just a repeat of the 1.season. But apparently, there will be a third movie, which will adapt the Bondrewd arc. Get hyped for 2020! :D

Hydallan Mar 5, 2019 12:06 PM
I hope we won´t have to wait too long for additional seasons of this. I just cought up with the manga again recently and oh boy have there been some glorious developments.
Can´t confirm what they skipped or not, tbh I have allready forgot quite a lot of this part of the manga. It has been a year or two since I started it.
What do you think of Dororo? Have you been as devastated by episode 6 as I was? Man, the ending of the episode and the transition to the ED song was one of the more soulcrushing anime moments in recent memory for me. That song is so good, the OP as well.

Hydallan Feb 27, 2019 3:22 AM
The full version of The Promised Neverland OP is out, let´s goooo!! NANANANANANANANANANAAAAAAA!!

Hydallan Jan 13, 2019 12:55 AM
I love that they kept the artstyle from the manga as well, it is fairly unique. And you definitely have a bunch of stuff to be looking forward to. The manga was tense as fuck, so I can´t wait for all the feels in anime format.

Indeed this season is looking real good. Mob Psycho and Dororo I will definitely try, just gotta find some time. So much anime to watch and games to play.

I guess it isn´t enough that everything that moves wants to murder you in Australia. The government has to be full of twats as well.

I have read most of the manga and I gotta say, so far so great!

Hydallan Dec 11, 2018 11:58 PM
Passwords are a curse xD A few months back when MAL was all offline and stuff, I had some problems signing in too.

I am barely holding myself back from watching Hunter x Hunter, just because the english dub is still being worked on and it seems good enough for me to wait. I presume you watched it all subbed then? How´s the japanese voice acting?
I´ve heard so much praise piled upon this anime though, especially a certain Chimera arc, whatever that is about :D Can´t wait to binge the hell out of it.

Also you are in for a treat when it comes to the remaining episodes of Goblin Slayer. I´ve read the manga so I know what´s coming. Best arc so far :D

I see you started watching Legend of the galactic heroes? So many memes about it being the holy grail of anime fandom and whatnot. Expect to reach a higher state of being after finishing that xD

Also isn´t Slime reincarnation just precious? And we get 24 episodes yay! Kinda funny watching Goblin slayer at the same time. You hate goblins in one and lewd them in the other xD

Hydallan Oct 20, 2018 2:28 AM
Hey man, I see you´ve started watching the current most argued about anime, GOBRIN SRAYER. What do you think so far? xD

That Eren pic on your profile is great

Hydallan Aug 12, 2018 3:15 AM
Right? Planet With might be pretty damn underrated. I hope it turns out to be a friggin masterpiece and the MAL score skyrockets to its rightful place xD

I think there is quite a better chance of the author being a genius, rather than a lunatic :D At least one of his manga series confirms that.

I hear most of the japanese voiceactors for Overlord are better suited to their characters, but I just can´t get enough of Ainz english voiceactor. And I don´t mean when he speaks in his human, nerdy voice, I mean his Ainz voice. The way he says his name alone is just too good xD

Hydallan Jul 26, 2018 2:23 PM
Sorry to hear about the work placement. I hope things go better for you in the future! I´ve been good...I guess. Life keeps speeding on, god I am 30 already, crazy stuff. I just try to make the most of my time, that is the one thing I hate wasting the most. So I just sit in front of my pc all the time playin games or watching anime, don´t even care everyone might think I am crazy xD

Right now I am watching probably a record number of series simaltaniously.
Hataraku Saibou is friggin hilarious. They made cells of human bodies into waifus!
Tenrou: Sirius the Jaeger is looking pretty good so far. Haven´t been many vampire vs werewolves animes around lately.
Hanebado! - MUST WATCH. DO IT. NOOOW. The first 3 minues will hook you I promise!
Shoujo Kageki Revue Starlight. Now this caught me by surprise. At first it looks just like a regular slice of life anime about girls studying theatre...but then suddenly talking giraffe and gloriously animated fights?!
Planet With - allready mentioned that one. The creator wrote the Hoshi no Samidare, and that is one hell of a manga.
Happy Sugar life - DON´T trust the name. Psychos and darkness everywhere xD
Satsuriku no Tenshi - an anime based on an RPG maker game. Quite unique so far but no way to know if it will be any good.
Attack on Titan Lost Girls - an 3 part OVA, the first two are about Annie, quite a good story which humanised her a bit. The third one is yet to be released and I hear it should be about Mikasa.
Steins gate 0 IS SO GOOD OMG
My hero academia 3rd season is pretty legit, the dub is lovely and some great things have happened. And I still don´t know what to think about that OP xD
Darling in the Frankxx had quite a letdown of an ending unfortunately. I was hoping for another Gurren Lagann, but it wasn´t a waste of time by any means, the first half especially had some great emotional moments.
Still waiting for the dub of Overlord season 3, I must have Ainz dubbed, his english voice actor is just so much better imo.
Also been enjoying the hell out of Hai to Gensou no Grimgar novels. There has only been one season of an anime adaptation so far and there are no news of continuations, but the author is releasing new volumes of the novel at a pretty rapid pace, like one volume every 3 months or so.

Black Lagoon finally :D Altough you still gotta watch the 3rd season right? (Roberta´s bloody trail or whatever it´s called) The second season is so good, I friggin loved the romanian "vampires" story and the one about Revy and Rock getting involved in all the Yakuza bussiness in Japan. And yeah Revy´s english voiceactress is a legend xD

How´s Space Dandy? I´ve been eyeing that one for a while now, but there are just too many series to watch, I can´t decide! Gotta go through the whole Monogatari series too! My progress has been halted for too long. Aaargh I need more time in a day xD

There´s probably more to say but I gotta go get some sleep, getting up early tomorrow.

Zomg almost forgot! I recently watched the first Fate: Heaven´s Feel movie! And of course if was fabulous! I hear the Heaven´s Feel route is the darkest one and considering the events of this first movie, we might get to see Saber Alter in the next one! Which is, if my information is correct, what would happen if Saber turned to the dark side. So hyped! Also the credits song was glorious, always a plus xD

Hydallan Jul 24, 2018 6:42 AM
Hey man, long time no...see? Whatever, how have you been? The current season is pretty packed with promising shows. But above all you gotta give Hanebado a try. A friggin sports anime, which I normally don´t watch at all, made me cry in the 3rd episode. Just watch the 3 initial minutes of the first episode, I bet it will get you interested :D

Also Planet With, which is underrated as fuuuck. The creator wrote some magnificent mangas so I have high hopes for the anime.

Hydallan Apr 7, 2018 8:55 AM
Duuuuuuude, duuuuude! Holy crap. What a discovery. You gotta give https://myanimelist.net/manga/100128/Yakusoku_no_Neverland a try. Thought I would just have a taste of it today but I can´t stop reading it, I friggin love it!

Hydallan Apr 5, 2018 6:01 AM
I am waiting for the Hunter x Hunter dub to get finished before I binge the hell out of that, I have heard some really high praise about that anime.

Steins gate 0 and MHA are must watches for sure but I don´t know anything about the other shows so I will just wait for the ratings and potential youtube videos to convince me before I start any of em. I still got a bunch of shows from previous seasons to finish anyway. I am currently sick at home so there should be enough time to catch up :D

I don´t know what to think about Tokyo Ghoul tbh, I know I was rather impressed by the first episode of the original series when I watched it couple years back, but then I kinda forgot about it and saw all the bad reviews. But I think I will give it a try eventually.

I recently started watching Sora yori mo Tooi Basho. An anime from the previous season about 4 highschool girls going to Antarctica. One of my favorite youtubers finally convinced me to give it a try. Check it out, the first 3 or so minutes are enough, the rest is spoilers. https://www.youtube.com/watch?v=wO6CGqKimC0&t=231s
All Comments