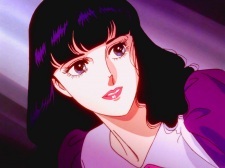 lanblade Jan 30, 2018 2:36 PM
It's still quite historically accurate. I'm a big Sengoku Era buff so when episodes touched on that period it was nice to see anime-versions of stuff I've never seen an anime touch upon before. Like the Battle of Suriagehara. Have you watched the History of Japan by Bill Wurtz? It's a good funny crash course.

lanblade Jan 29, 2018 12:46 PM
No problem. FYI Neko Neko Nihonshi is a bit of a whiplash to watch as they jump back and forth between different historical periods. It was hard to keep up mentally resetting yourself every 9 minutes.

Last time, I looked to your list, but I didn't read your "about me".

i love the aesthetics of 70s and 80s shoujo manga
I totally agree with you! For me the 70/80s decades are the best of the shōjo, for the art that is oftentime quite gorgeous, but also because of the content of the manga, it was the most "experimental" period of the shōjo, with the Year 24 and all.
Although I also enjoy the art of the 50/60s decades and the 90s one. But all those post-2000… they're ugly. >.>


Anyway, considering the "glittering", Paros no Ken/Georgie are the most ones in the works I mentioned, but any manga from that artist could work too.
With my boyfriend, we often joke about the "shōjo beam" of those manga, about those eyes that are far too shinny, like there will be a laser beam coming out from them.

Also, maybe you should look at this club. The club is dead, but the manga relations might be interesting for finding some gorgeous old shōjo.


-----
But, when you asked about some recommendations, you mentioned the sci-fi manga. If I understand well, you usually don't enjoy sci-fi except "really really good" ones?
Although that's funny, since Moto Hagio is foremost a sci-fi mangaka (but she does a ton of other stuffs too). Since you choose her as "one of your fav' mangaka" for the challenge.

What makes a "good sci-fi" for you?
Personally, I tend to enjoy the sci-fi, so it was a big plus for Hagio.


~And good luck with the Japanese. You're probably far more advanced than me. But I started recently, and it's quite hardcore. >.>
But I don't have any choice anymore anyway, since I brought a tons of old shōjo manga during my travel in Japan, and I really want to read them!