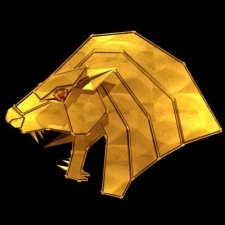 Louis_ Jul 18, 10:57 PM
Not sure if you'll ever see this, but thank you for your trove of 2000s animes in your watch list. I've found some really unique stuff and I'm really enjoying it! One of my favorites so far has been Golgo 13. Without your profile I would've never found it.

Kuraya Jul 5, 7:13 AM
Hopefully he will came around here again

ZechUwU Jun 27, 9:31 PM
We need more reviewers like you here on MAL. I can't find anyone to talk to about anime other than my uncle who's a professor.

veuera Jun 26, 1:13 PM
RIP one of the best and the OG critics this site ever had

SlightWeeb Apr 7, 12:08 AM
Saw his Legends of the Galactic Heroes review. Thought it might strike up a conversation on his profile. About 7 or so years too late for that.

Iune Apr 3, 2:32 PM
Thank god you're gone. Too bad you left some fucking gabage reviews here. Oh well, nobody could have everything.

Omnicane Mar 26, 11:09 AM
Another retard who got famous for his awful reviews lmao rip