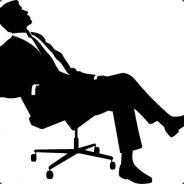 Orion1 Apr 17, 2014 1:48 AM
Hi Decamper. Welcome Back to the club. How have you been? Sorry if I haven't been in the IRC if you were around this week but I've been pretty busy. I'll make myself available this Friday and Saturday most likely though.

GonMAL Mar 29, 2013 7:47 PM
Hey if you're bored and need something to watch while resting on your journey, please for the love of god take some of my crunchyroll guest passes they're overflowing my inbox oh god help

santetjan Mar 19, 2013 6:36 AM
Oh, you're absolutely right. Toll the Hounds was there to collect all the free-ranging characters and plot lines and set the stage for the two-part finale. My main problem was that it was too obvious in doing so: suddenly, there's too much in the way of focus on individual reasons for gathering in the Awl'dan.

Black Company isn't so much about marines, as it is about the use of fire power, be it magical or otherwise. The first few books are really pretty good, though I have to admit the later instalments are less brilliant - due, as so often, to a slavishly trying to complete a quest that was only a distant and vague outline in the beginning. Also, by the end it has more to do with individual characters than the company as a whole.
I'm still trying to find affordable copies of his Dread Empire series, which seems to up the scale a bit.

santetjan Mar 6, 2013 7:17 AM
Sure, there's a bit of Shadow there, but also way too much Nimander. Way, way too much. Doesn't really help that I personally think the Andii and Liosan are the least interesting element in the series. A shame the new trilogy is all about them... And brace yourself for more Paran at random occurrences, with too much in the way of influence. Meh.

Well, the munitions are of course Moranth make and originally were intended to be used as the name suggests: for sapping. Same goes for the marines. It's mainly the disappearance of the real big guns - the Imass and the mage cadres - with Kellanved's removal that brought the Malazans to start innovating on the field. Notice how in particular the bulk of the armies, the mediums and heavies, are utterly Roman in composition. If anything, the introduction of fire power has more to do with copying Glen Cook than of any example from the real world.

santetjan Mar 3, 2013 6:15 PM
Personally, I loved how the book starting playing things up, preparing for a major showdown - and then ending it all within a few pages. It really went to show the difference in power between the sides. It's also nice to see the Malazans getting back to form, as they're really the most interesting side, even if they're pretty much standard copies of idealised Roman legions.
Personally, I wasn't too fond of Toll the Hounds. Too much of a shift again to smaller groups and individuals and the associated heightening of self-importance.

Am myself currently going through the latest Esslemont. More Moranth, and especially more Seguleh - even going head-to-head with the Malazans. Also, finally a note that provides a sense of scale: Darujhistan was just mentioned as being a city of some half a million people.

Also, guess what? Crunchyroll is not only not shit on PS3 now, it's coming to Xbox! DUUUUUUUDE!

Do you know any series with fluid animation similar to the fights in this? Watch the whole thing, it starts off a bit slow. Plus, the editing is fantastic and it has an Infected Mushroom song coincidentally!

Crono_Maniac Sep 11, 2012 11:03 AM
Hey! Finally picked up Code Geass R2, and ended up blazing through it in a couple of days. It was fascinating to watch a series that had started out as a semi-serious, actually pretty damn good mecha/political thriller devolve into total abject stupidity. Extremely entertaining, but not for the reasons its creators probably intended.

Definitely recommended, but you'll have to be in the mood to enjoy large parts of it ironically. For what it's worth, the ending is excellent (if totally unearned,) and it was definitely never boring.

Gonna re-watch Escaflowne soon to cleanse the palette. It sets out to accomplish all the same things as Code Geass, only it's smarter and has better visuals (and a Yoko Kanno soundtrack!)

I think you also asked my opinion on Last Exile. I kind of lost interest due to the slow pace (it was starting to remind me of Eureka 7 honestly), but I think I'll pick it up again and see if the story goes anywhere worthwhile by the end. Don't think I'll check out the sequel series unless it REALLY blows me away though.

I'll be sure to check out the critics club when I hit the big One Oh Oh.

Funnily enough, Watchmen is also among the handful I've read. It was utterly fantastic, mind you. Really ought to get more into Western comics.

And no, I don't really read many printed western comics. That said, this does look really interesting.