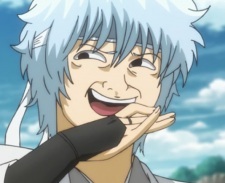 Youtube : mrdzakii (I post Skits & Fingerstyle about Anime, F1 & many else)
Ig : @mrdzakii
Link In My Profile!!

dcxr Aug 5, 2021 6:32 AM
I mean I'm not even done with season 1 and it's already one of my favorites, and the difference between the first season and last season in terms of quality is apparently like night and day. So yes I would say it's worth watching. Obviously since it's shoujo there's some "girly" aspects to it but that really isn't any issue at all. The emotions and realistic-feeling characters are just phenomenal from what I've seen so far. Farabeuf Feb 16, 2021 1:36 PM
Thanks for the friend request. Yeah, Grand Blue is not that known/popular. Very unfortunate since its absolutely hilarious.
All Comments